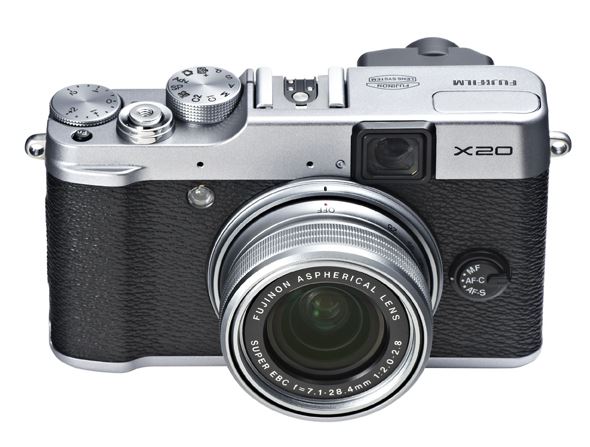 If the Fuji X10 was a flawed genius, the Fuji X20 is a lot more genius than flaw. The introduction of the X10 was a brilliant move by Fujifilm and the X20 is proof that the company looked at photographers’ reactions to it and took them on board.

You probably already know a fair bit about the Fuji X20 by now, including that it’s available in silver as well as black. The silver is pretty as a kitten in ribbons, but I have the black version because it draws less attention. 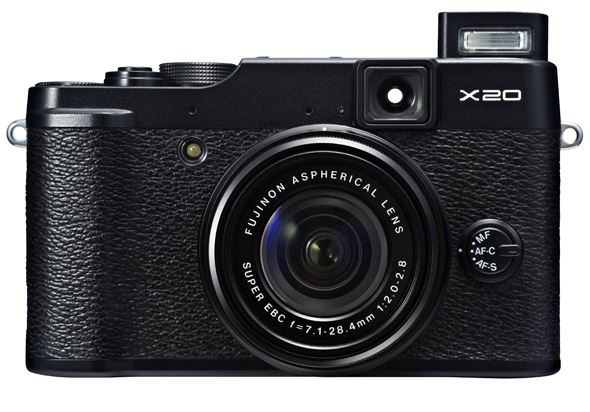 I’m not going to tell you the Fuji X20 is a colossal leap forward in image quality from the X10. It’s not a DSLR, so don’t expect DSLR results. The sensor technology is inherited from the Fuji X-Pro1, but it’s not just a cut-down version of the X-Pro1’s sensor, it's clearly a smaller sensor with smaller pixels, but using the X-Trans technology. What you get is similar image quality to the X10 with better noise control, which was already pretty good on the X10. I’ll touch on image quality later, but let’s look at where the really big improvements are.

When I wrote about the X10 I said I wished there was some way of knowing what the camera was focusing on while looking through the optical viewfinder. Well, Fujifilm clearly read my review and fixed that with the Digital Trans Panel display which shows you shutter speed, aperture AND where the camera has focused, though not until after it’s focused; this is a bit of a shame, but it does work. 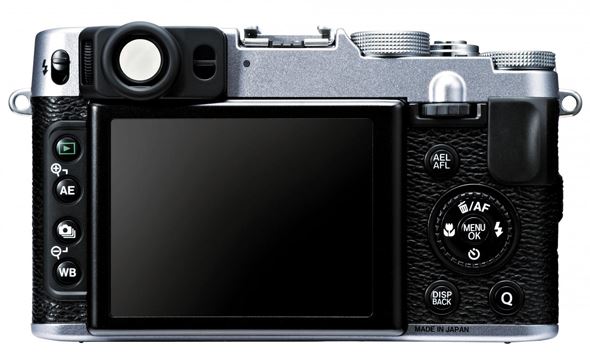 Most reviews I’ve seen of the X20 concentrate on the Digital Trans Panel display as the main improvement of the viewfinder, and while that is indeed an excellent upgrade I also want to highlight the fact that the viewfinder optics of the X20 are generally improved. The finder still offers 85% coverage, but it’s brighter, sharper and less angle-to-eye specific than the X10's viewfinder. Point of note, if you look through the viewfinder before inserting a battery you’ll have a heart attack and think you’ve got a duff camera because the view is grey and washy. Fear not; once the battery is inserted the viewfinder becomes crystal clear.

I have to applaud Fujifilm for putting so much effort into an optical viewfinder on a compact camera where so many other manufacturers either don’t have them at all, force you to buy an electronic bolt-on viewfinder, or have an optical viewfinder of very limited use (G-series, anyone?). This viewfinder is now truly usable. Oh, another point to note is the in-viewfinder display switches off in macro mode, whereupon you’ll need to use the LCD for composition and information checking. That the LCD switches off as your eye comes to the viewfinder is helpful, in that you don’t have a distracting display next to your eye as you peer through the optical viewfinder. I suspect this saves a small amount of battery power, but be advised to have fully-charged spares at all times. 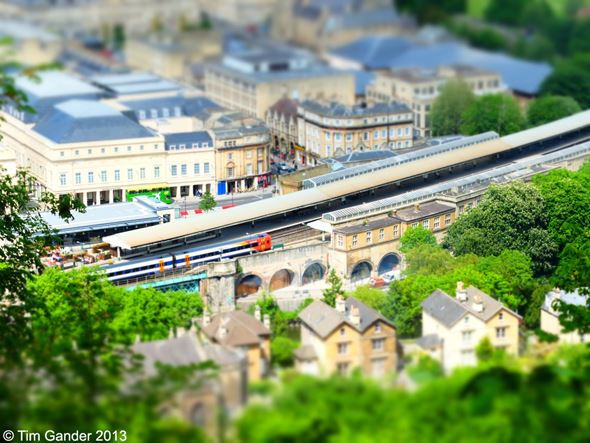 The menu system is also much easier to navigate. The four-way input wheel doesn’t stick (as it often did on the X10) and when shooting in the manual exposure mode you don’t have to press the thumb wheel to switch from aperture to shutter speed adjustment; you can now use the thumb wheel (main command dial, as Fujifilm calls it) for aperture, and the input wheel (sub-command dial) for shutter speed.

You can also now format the memory card from the playback mode instead of only through the shooting mode, which was a bugbear of mine with the X10. The battery charger is now specifically designed for the NP-50, too; I was forever trying to insert the battery the wrong way around in the charger.

I’m also happier that with the new imaging chip you’re not forced to decide between 12MP or 6MP. You can set up the X20 as you want and it’ll be quicker and easier to use with less guesswork about what it’s trying to do under the bonnet, and while the Dynamic Range can be manually adjusted or left to the camera to decide, you’ll always get full resolution. As with the X10, not all Dynamic Range settings will be available at all ISOs, but I’m really not bothered about this. The dynamic range seems to work just fine for everything I shoot. 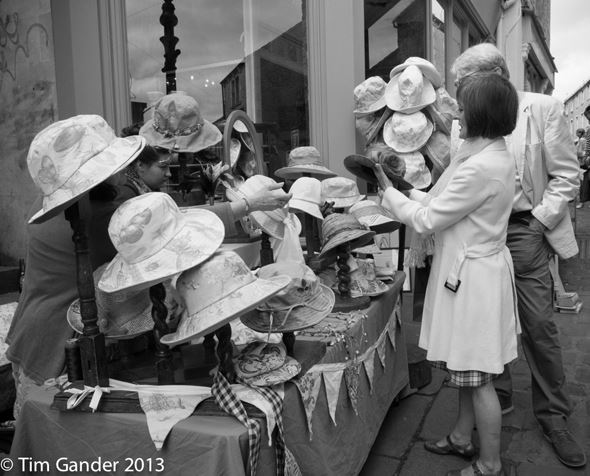 Another area Fujifilm has tightened up is the focusing. With the X10 it was relatively easy to try to grab a quick snap and find the result was way out of focus. You had to wait for the camera to achieve focus, then take your shot. While this is still the safest way to work with the X20, focus is much, much faster. It’s not always bang on if you really push it, but then my Canon EOS 5D MK II with a 35mm f/1.4 lens isn’t any quicker. Again, Fujifilm has really put a lot of effort into improving an area of the camera which was already relatively strong.

One regret in the writing of this review is that I haven’t had assignments where it was suitable to take a few minutes seeing what the X20 could do under “stress” of a real job. Everything has been a bit manic and I’ve had to do what I like least in reviews; take photos of random stuff to try it out. To ameliorate my frustration, I’ve tried a few situations which were less than ideal, my favourite being the street shots taken at night. 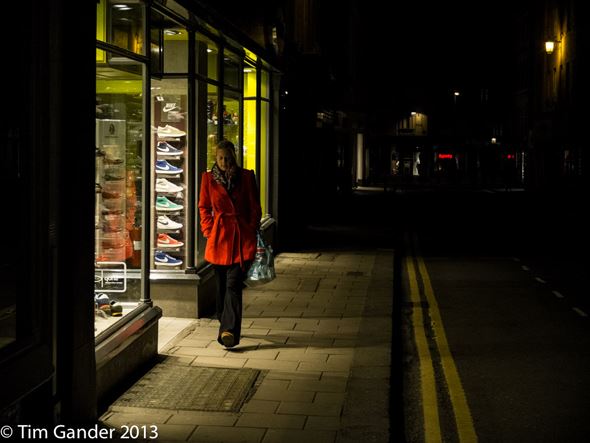 These were an opportunity to see how quickly the camera settings could be adapted to the situations in front of me, when the controls are small and not always easy to see in the dark. I coped, but missed the occasional cracking shot (at least one would have won a Pulitzer prize, but next time, eh?). The autofocus generally performed well, though, with only the occasional stutter. 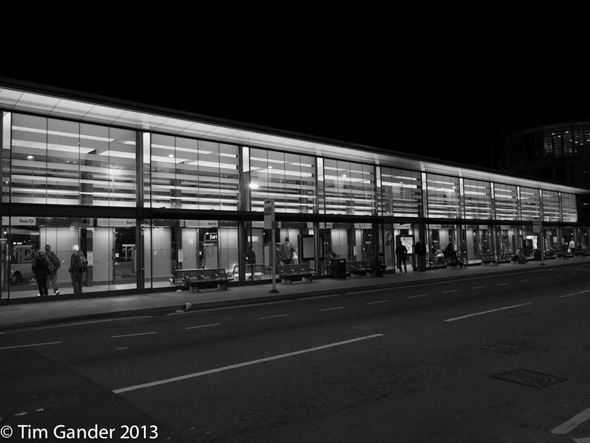 I’m impressed with the very rich, noise-free blacks achieved at night. I was mainly shooting at around ISO 200, either using a tripod or hand held and bracing myself. The tones are pleasing and mostly the metering is predictable even where there’s high contrast.

The question many will have on their minds is whether the X20 is so much better than the X10 that they’ll want to upgrade. For me, the brighter, clearer viewfinder with its focus and shooting display and the quicker autofocus are justification enough. As I said before, the image quality isn’t a massive leap up, but I was relatively happy with the X10 image quality anyway and the X20 has more consistency because the camera is no longer switching between 12MP and 6MP modes. This camera is more sure-footed than its predecessor, it’s easier to handle yet retains the fun factor of the X10.

What would I improve? Not much really, but if Fujifilm wants some hints for the X30 I suggest they read on.

I do wish there was a shortcut, even in the Q menu, to switching external flash on and off. In fact, the Q menu could be more user-editable because you’ll probably set the Fn button to access ISO (which is also in Q menu) and there’s already a White Balance button on the back, yet this too is repeated in Q menu. So if I was being picky I’d ask Fujifilm to allow one Q menu function to be user-definable. All this could be fixed with a firmware upgrade rather than a new model.

I honestly can’t think of anything else. Some might wish for viewfinder coverage closer to 100%, or an f/1.8 lens, or DSLR quality, or the moon on a stick, but manufacturers build cameras to a price point we either can or can’t afford, and to a design we can either keep in our pockets or have to haul around in a wheelbarrow. Personally, I like what Fujifilm has done and I know there are certain assignments for which this camera will be really useful.

The X10 is still a great little camera; only you can decide if you’re happy to keep it or upgrade. For me though, what the X20 gives you is a camera which by virtue of the improved viewfinder and focusing puts fewer obstacles between you and the picture you’re trying to take. That’s all I need to know about a camera to make me justify its place in my kit bag.

Tim Gander is a Somerset-based commercial photographer. You can view more of Tim's work on his website