Fujifilm has added a new member to its acclaimed X series of compact cameras, the Fuji X30. 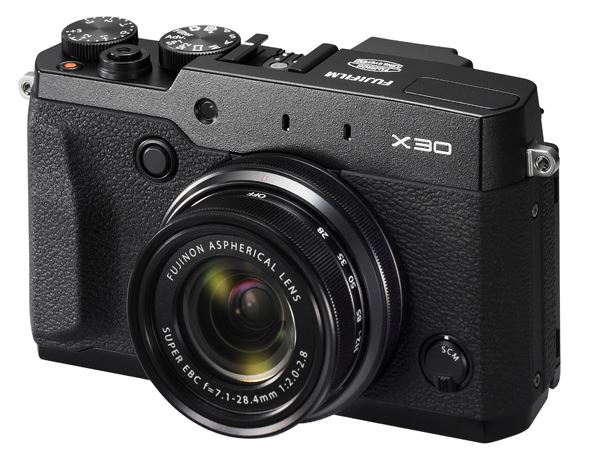 The Fuji X30 follows the popular X20 model announced last year and arrives with a range of internal and external improvements over its predecessor. The highlight of these is an electronic viewfinder, which marries a new set of optics with a 2360k-dot, 0.39in OLED panel. Fujifilm claims this offers the world’s shortest lag time of just 0.005sec – the same as the Fuji X-T1 Compact System Camera.

Another development concerns the camera’s rear display. In place of the X20’s 2.8in LCD with 460k dots, Fuji has bestowed the X30 with a 3in LCD with 920k dots, which can be pulled away from the camera’s body and tilted to a range of positions. 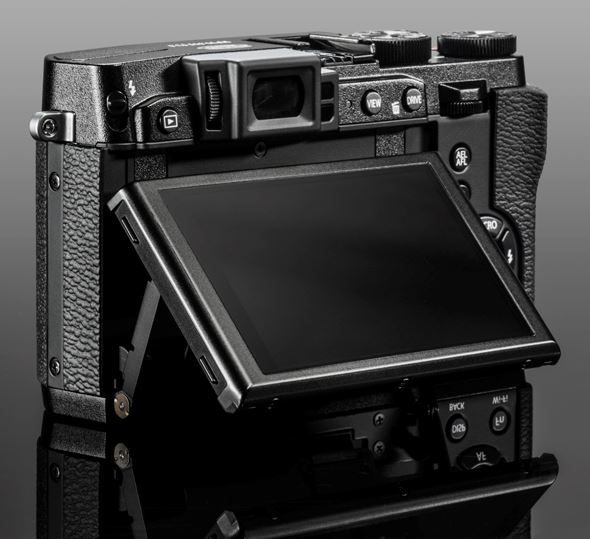 While the X30 offers the same 12fps continuous shooting option as the X20, the new camera supports continuous focus throughout the burst. There’s also a new Silent Electronic Shutter, which makes it possible to achieve shutter speeds up to 1/3200sec, as well an Interval Shooting option for time-lapse recording. 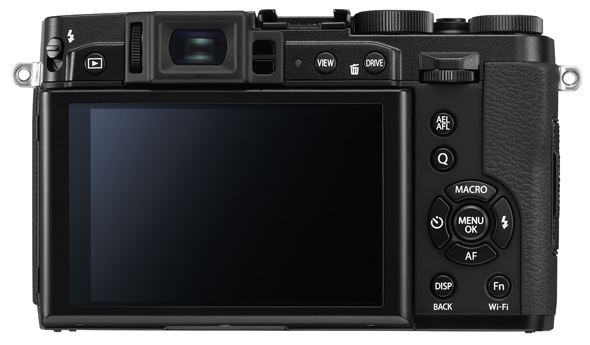 Other new additions include a Classic Chrome mode to the range of Film Simulation options and the same Wi-Fi technology as has featured across Fujifilm’s other recent releases. Conveniently, it’s also possible to charge the camera through its USB port, instead of needing to use a separate charger. 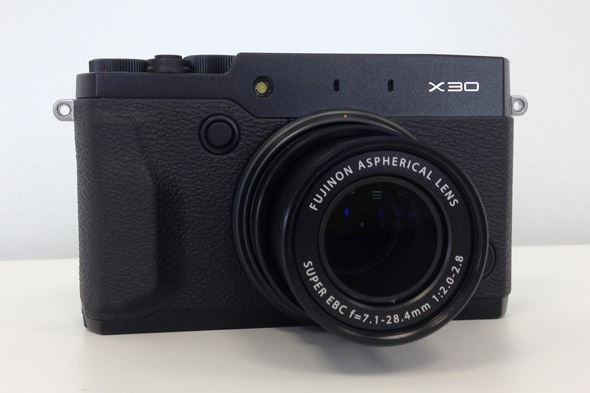 We spent some time with a pre-production sample of the Fuji X30 to gain a better understanding of what it offers the enthusiast user.

In terms of design, the X30 maintains a similar style to the X20 around the front but there have been a handful of changes. The grip is more ergonomically designed than before and the optical viewfinder is no more, while the previous MF/AF-S/AF-C control has been repositioned and had a minor cosmetic revision. The AF-assist light has also moved closer to the top plate. 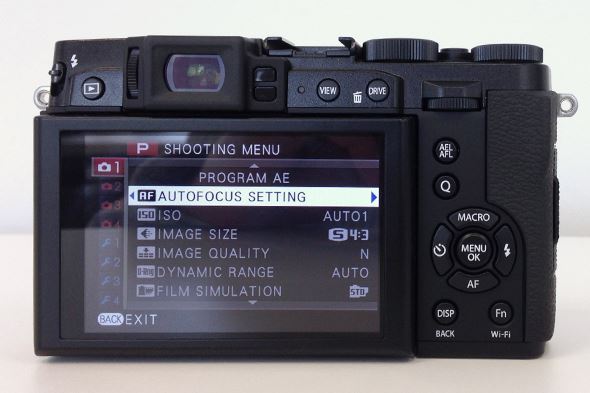 Perhaps more significantly, the previously seen manual zoom ring around the objective has now been joined by a manual control ring behind it. This can be used to control a range of functionality and can be changed upon a press of the new button by its side.

The top plate also only sees a handful of revisions, with a movie-record button taking the place of the X20’s Fn button and a few changes on the mode dial, although the rear has seen many revisions. Presumably in order to accommodate the larger display, the buttons that used to line the left-hand side of the rear have now been incorporated elsewhere, into an arrangement that’s clearly influenced by the X-T1 and X-E2 Compact System Cameras. The body is also a little thicker than before, no doubt thanks in part to the addition of the articulated LCD screen. 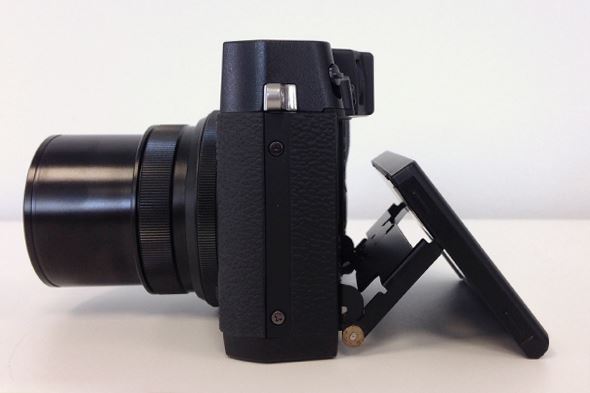 These changes make a significant difference to the camera’s handling and operation. The chunkier body and redesigned grip make the camera more comfortable to hold than the X20, helped in part by the liberal use of rubber around the front plate (which, incidentally, continues well into the rear of the camera), while the user’s left hand takes a more active role as it operates both the zoom ring and the manual control ring in its default holding position. The torque of the top-plate’s dials is also excellent and should prevent them from being turned accidentally, while their metal construction and knurled finish make it clear this is a premium product.

As it moves the lens mechanically there’s no lagging of any kind from the zoom ring, which potentially makes it well suited to situations when you need to move from one end to the other in a hurry (which you may need to do frequently with sports, reportage and similar subjects). The manual control ring is sensitive enough to allow cycling through options at speed and it’s particularly useful when set to show the effect of different filters on a scene, although its shallowness and position so close to the camera’s body may cause some with larger fingers to find it a touch more awkward to operate than expected. 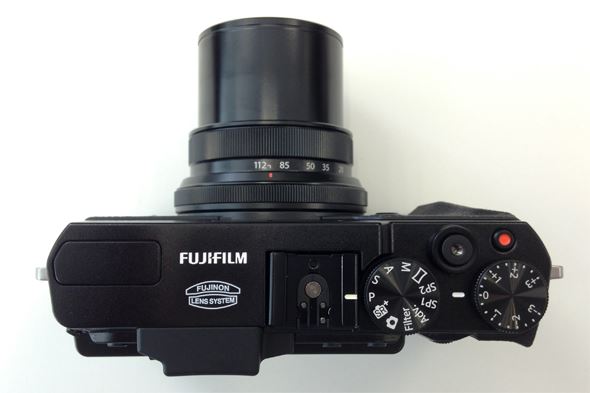 The Fuji X20 already had a capable optical viewfinder, with its Digital Trans Panel making it far more usable than those on similar models, although a handful of shortcomings meant it could not always be relied upon in every situation. With the electronic alternative in the X30, however, things are very different. The display itself is bright and clear and it displays a pleasingly wide dynamic range. While it’s not the first such camera to sport an EVF, its performance belies the camera’s small size.

The boost in size and resolution to the LCD screen is also noticeable, while the mounting of the LCD on a hinge makes the X30 far more usable in tighter spaces or when trying to remain inconspicuous when shooting on the street. It’s a shame there’s no touchscreen to really enhance its operation, particularly when you consider how useful it is when determining focus points, but this is more a luxury rather than a necessity. The screen pulls away and moves easily around its hinge, lying at a 90-degree angle to the body once fully tilted. There’s a very brief lag when the camera switches between displaying the feed on the LCD and the EVF, although none that would realistically prevent you from getting a shot in a hurry. 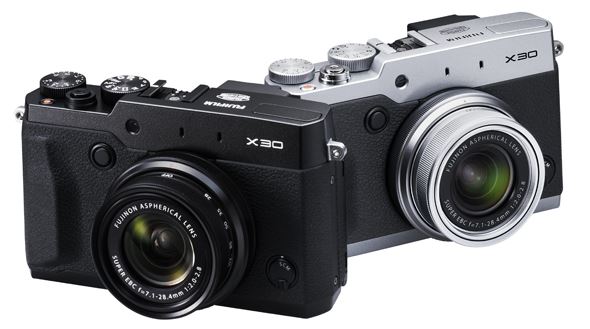 The X30 may only refresh what the X20 already provided but the key changes are significant. I’m particularly pleased that Fujifilm has replaced the X20’s optical viewfinder with an electronic alternative, as the X20’s, while the best of its kind and perfectly usable, was not without its foibles. Not only does it offer 100% coverage of the scene but, as its feed is being taken from the sensor, there’s no chance of you seeing the outside of the lens barrel at wider focal lengths as was previously the case. Furthermore, being electronic also makes it more usable in low light.

Overall, it’s great to see that Fujifilm has listened to feedback and made improvements where it perhaps needed to the most, while also throwing in a handful of extras to sweeten the deal such as the wireless control and the interval timer. While the X30 already faces strong competition from the likes of the Canon PowerShot G1X Mark II, Sony RX100 III, Ricoh GR and the Nikon Coolpix A, the X30 certainly manages to hold its own on paper. If its performance is anything like the X20’s, it will definitely be a model that deserves a place on any shortlist with the others.