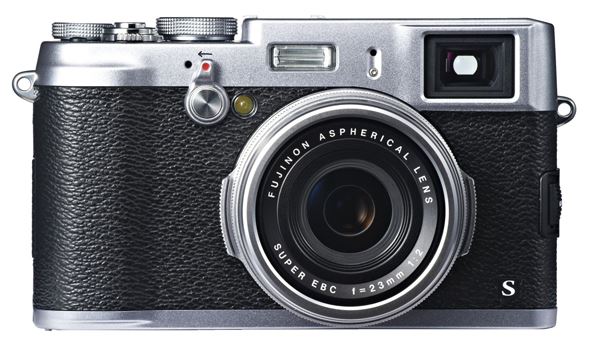 Every now and then a camera comes along that makes you sit up and take notice.  The Fuji X100S is one of those cameras.

I have been using the Fuji range of X-Trans cameras professionally and personally for the last four years or so and I've been somewhat evangelical about each version.

It started with the X100, and progressed to the fantastic X-Pro1 with its range of interchangeable lenses.  The X100 was a wonderfully styled camera that offered gorgeous looks and, more importantly, amazing image quality.

And so, fast forward to 2013 and Fujifilm released the tantalising X100S, which for all intents and purposes, looks, feels and handles very similarly to the X100.  The exceptional differences, however, are greatly enhanced AF, amazing manual focus features and a neatly recompiled camera that seems to transcend, effortlessly, the feats the original X100 achieved. 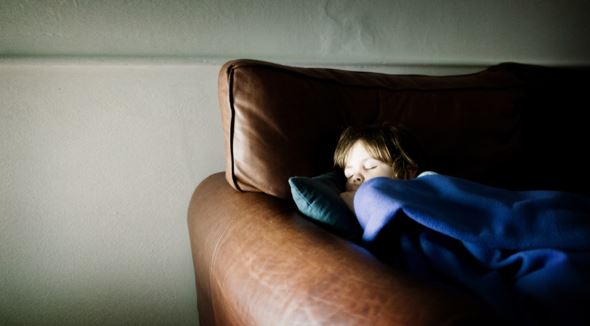 The camera is built and handles very similarly to the original X100, but under the hood it is a very different camera. I’m a professional photographer and most Saturdays I spend my time photographing weddings.  I took the X100S to some weddings, but I think where a majority of people will see the benefit of this camera is as a “go-to” camera that produces amazing professional-quality images.  Going forward, for family photographs, travel and street photography I can’t see me using much more than this camera. 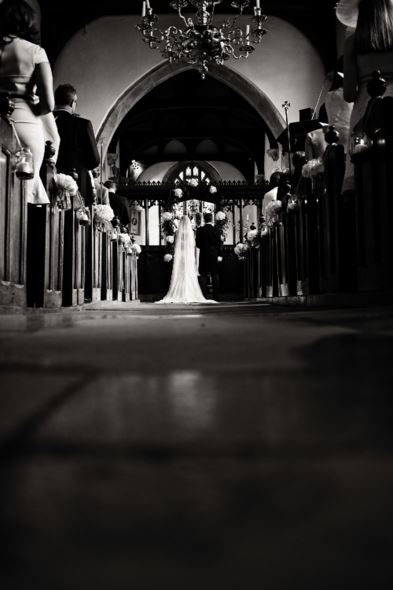 It’s simple; you just pick the camera up and shoot.  Without disrespecting DSLRs too much, I simply wouldn't have done that with my big cameras. To a certain extent even the X-Pro1 makes me think about things such as lens choices as I’m reaching for it. But the absolute beauty of the X100S is that there are no decisions to be made.  It’s a fixed lens, so the decisions are at the behest of your creativity alone.

Fujifilm has introduced the seemly ubiquitous “Q Button” to the X100S which actually makes shooting and setting exposure a breeze.  The buttons are still a little fiddly for my big fingers but they have at least been improved over the previous X100. Notably, the AF selection button is now at the top of the back dial.  This is great as you can very quickly move your AF point across the frame - perfect for those who don’t re-compose and shoot. The dials are more rigid than on the X100 and I haven’t once knocked my exposure compensation dial (which I do all the time with both my X100 and X-Pro1).

This camera is tiny compared to its DSLR cousins, but packs the same punch as its counterparts when it comes to dealing with low light. I don’t think anyone who has used any of the X-Trans cameras from Fujifilm can fail to be astounded by their standard of image quality. For me, as an available-light shooter, I rarely use flash in any form. The X100 was good at low-light shooting but I wouldn’t head north of around ISO 2,500 in extreme circumstances.

The Fuji X100S inherits the superb low-light processing of the X-Pro1 and X-E1 as far as I can tell.  The extended range goes all the way up to ISO 25,600, but for me the real power in low light is the ability to set the Auto-ISO to top out at ISO 6,400 where needed (taking into account a minimum shutter speed). 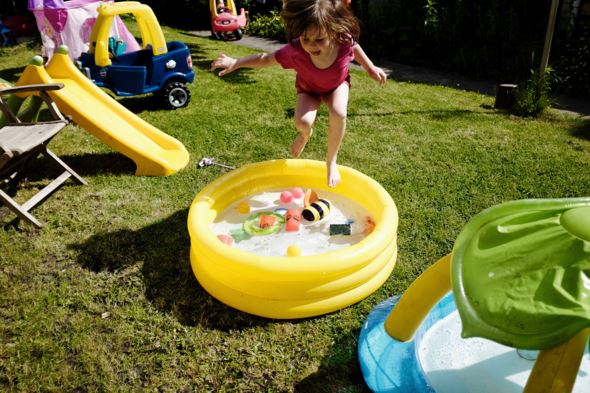 A lot of people ask me if I’m comfortable using the Auto-ISO settings and the answer is yes. In fact, I use it pretty much all the time, although I have different settings for different situations. You can save the different Auto-ISO settings for each of the three custom shooting profiles, so I have one setting that shoots between ISO 200- 6400 with a minimum shutter speed of 1/125th (that’s my standard), and an additional couple of variants, one for shooting outside and another for use in much darker scenarios where the shutter speed is a lot lower. Using the new Q button I can switch between these pretty rapidly.

As ever, the famed Fujifilm colour rendering is just amazing.  However, as I tend to shoot JPEG rather than Raw with my cameras these days I've noticed the Noise Reduction (NR) setting in camera can be a little harsh. For that reason I usually set my NR setting to -1 in the configuration menu. In my tests, the colour accuracy, sharpness and noise is markedly better than the X100, and certainly on a par with the files my X-Pro1 produces.

As a documentary wedding photographer the Fuji X cameras have been a bit of a Godsend. I shoot a lot at each wedding now with the X-Pro1, and while I did take the original X100 to a few weddings in the early days it soon became redundant with the advent of the X-Pro1. Would I take an X100S with me to a wedding? Definitely. I’m not sure it would be a primary camera but I think it’s a wonderful addition to the kit bag. 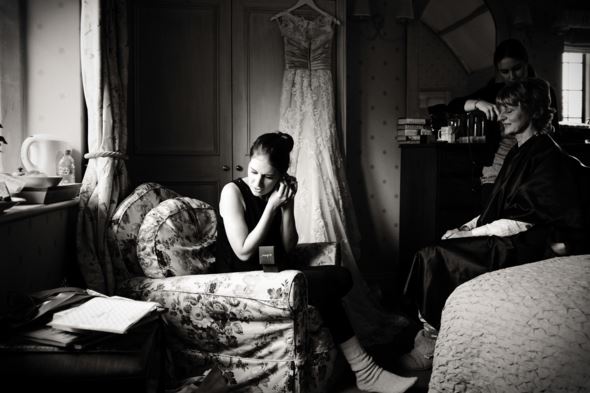 As with the Fuji X100 the Fuji X100S is absolutely silent, which is great for candid photography. One of the weddings at which I used the camera had pretty appalling weather, and while the guests made the most of it, all were confined to a marquee for a major part of the day. Using the X100S allowed me to really get among the guests and shoot candidly, with as little notice as possible being taken of me.

For wedding photographers and street shooters, the Fuji X100S will be a powerful tool. In situations where shooting is restricted, or where there is a large amount of guests in a small space, I can’t think of a better option right now.

As mentioned previously all the images I shoot these days are shot in JPEG. Decent Raw support for the RAF files of the X-Pro1 and X-E1 has finally arrived in Adobe Lightroom 4.4, but I would still like to see some camera profiles added. 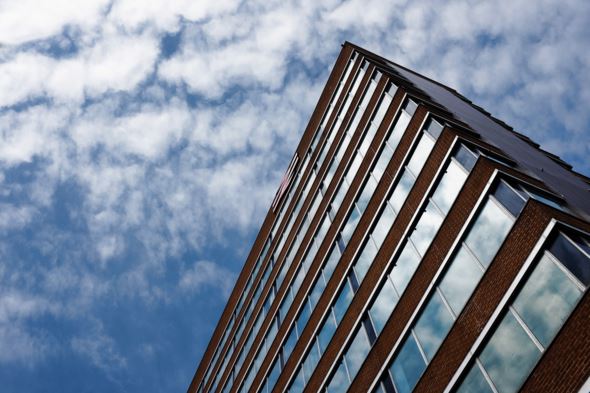 There are some additions to the Film Simulations and some pretty cool features to the in-camera editing, such as Toy Camera and Tilt-Shift.

There some minor irritations still. I’d still not 100% comfortable with the button configuration on the back, and I’d like to see a dedicated AF button over on the right-hand side. Another customisable function button, perhaps on the front of the camera would be awesome too. At present, I use the Fn button to switch the ND filter on and off. But in terms of grievances, that’s about it!

The Fujifilm X100S is a wonderful camera. You only need to check out the internet for other technical reviews to see how true this is (you’ll be hard pushed to find a negative review).

For my mind, Fujifilm is once again raising the bar with this camera. Not only is it technically well grounded, but it produces amazing images. And you know what? It’s fun to use. It’s a feel-good camera. It’s easy to pick up and get amazing photographs. It really has rejuvenated elements of my photography, especially my personal and street photography work. I really do encourage you take a serious look at the Fujifilm X100S.

Feel free to ask questions below, or tweet me – I’ll always answer as many questions as I can.

Kevin Mullins is a Documentary Wedding Photographer and you can see more of his work by visiting: http://www.kevinmullinsphotography.co.uk and www.my-eyes.co.uk