Hands-on review of the Nikon 1 J1

First of all, let's refresh our memories

On the 21st September 2011, Nikon launched their first range of mirror-less Interchangeable Lens Cameras (ILC), the Nikon 1 series, which include the Nikon J1 and the Nikon V1. On paper both cameras feature 10.1 megapixels, a newly designed CMOS sensor (CX format with 2.7x crop), fast auto focus and a super fast EXPEED 3 image processor which can deliver an incredible 60 frames per second at full resolution (single AF). The Nikon 1 J1 is the first in the line-up of the Nikon 1 series mirror-less range, designed for novice and entry level photographers who are looking to explore the world of interchangeable lenses for the first time. The Nikon 1 V1 is slightly more advanced than the J1, aimed mainly at enthusiasts who want to take their photography to the next level and make the most of the new technology that is available in the series. It features a tougher overall construction, a bright high-resolution electronic viewfinder, a built-in dust-reduction system as well as being able to take a range of accessories such as the Nikon GP-N100 GPS unit, SB-N5 Speedlite and ME-1 external stereo microphone.  You can read more about the launch here. Now lets get down to business...

Aesthetically, the Nikon 1 J1 is certainly very pleasing to the eye with a sleek, silver, shimmery finish. The layout of the controls on the back are simple, with only 4 options on the mode dial – Auto, Movie Mode, Motion Snapshot and Smart Photo Selector - perfect for people who are new to the mirror-less range and don’t want too much choice. To the left of the mode dial is a conveniently placed hand grip which aids handling when using it one handed or changing the lenses over. Bottom right is a multi selector ring which can be used to scroll through the options and your images quickly. Situated on and around the multi selector ring are several options – AE-L/AF-L, Exposure Compensation, Flash Mode, Self-Timer, Display, Playback, Menu and Trash. Towards the top is the button to release the pop-up flash, the record button, shutter button and the Function button which presents a variety of handy options for both Still (Single Frame, Continuous or Electronic Hi) and Movie mode (HD Movie or Slow Motion). 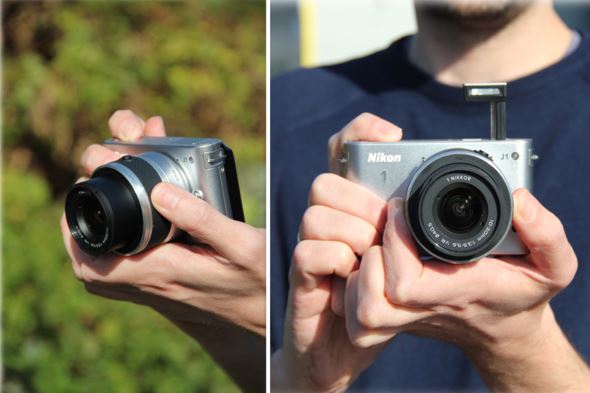 Ease of use & handling

In terms of handling, the Nikon J1 feels a little heavier in the hands than I initially thought it would, which I like - it feels like I'm getting my money's worth. My initial worries of the J1 were that it would be a plastic, cheap looking camera but I was pleased to be proven wrong as the all metal (aluminium) build quality is superb with a strong solid and comfortable feel in the hands, yet still light and extremely portable to pop into your handbag or deep coat pocket. Although the construction isn't as tough as the V1 it certainly doesn't feel cheap and I was pleasantly surprised when I first got my hands on it.

The multi selector ring comes in handy when having to scroll through images as well as options quickly, but be warned, it's quite easy to accidentally select the wrong option. The camera can be turned on via two methods, either by rotating the zoom ring or by pushing the conventional ON button situated at the top of the camera. Although the thought of twisting the lens to switch it on isn't something I would naturally think to do, it’s nice to have the option, plus it means you can zoom into the action quickly. Remember to turn the camera off via the top button as twisting the lens back to its closing position doesn't turn off the camera. I found the LCD screen to be particularly responsive and highly accurate with very minimal lag when tracking a moving subject.

As I mentioned earlier, there are only four options on the mode dial, which is great for beginners who prefer to keep it simple and stick to using Auto. However, if you are like me and Auto isn't your preferred choice, then you can select Manual (aperture priority, shutter priority & programmed auto) by going into the Menu.

The first feature I was dying to test out was Nikon’s new innovation, the Motion Snapshot. Motion Snapshot allows you to record a very short clip (2.5 seconds) in slow motion with music (4 themes – beauty, waves, relaxation & tenderness) and take a still JPEG image at the same time - meaning you can get the best of both worlds. I enjoyed experimenting but I’m not sure it’s something that I would use a lot to be honest. If you have pets or kids then this would probably appeal to you, but remember the clip is only for a couple of seconds so you have to try to time the recording just right. Once the movie has been captured the LCD screen will present you with the movie first followed by the still JPEG at the end. The movie and JPEG are both stored in the camera as separate files.

Thanks to Nikon's new dual core EXPEED 3 processor the Nikon J1 is capable of shooting 12 JPEG images at an impressive speed of 60 frames per second. 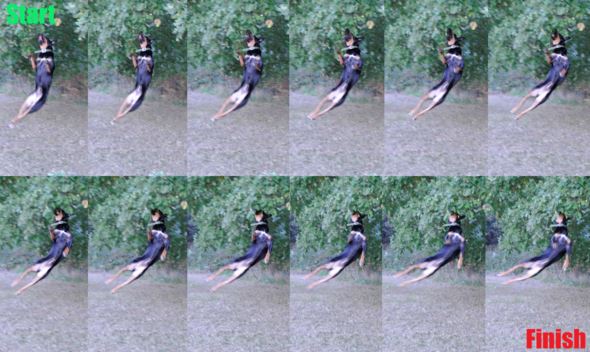 I’m not a videographer by any means and would usually rather capture stills over movies, but I could not stop experimenting with the slow motion mode, there is so much fun to be had with this feature. The movie is recorded at 640x240 pixels at a rate of 400fps, so the quality isn't amazingly sharp but great for sharing with your friends or uploading to YouTube. I have to say its great fun and probably one of my favourite features, I like the option to experiment and get creative with something a bit different and new. Being able to play my video back in slow motion was incredible and a really popular feature for most subjects, especially nature and sport. It may come in useful for personal study work but not so good for publishing due to the image quality being a little hazy.

Smart Photo Selector can record up to 20 high-resolution images at a super speed and automatically select the best five, based on facial expression, composition and focus. The best shot in the cameras eyes is instantly shown on the LCD, however if you disagree you can choose which you think is the best out of those original five. Extremely quick results, I found it to be very useful for snapshots and accurate too. 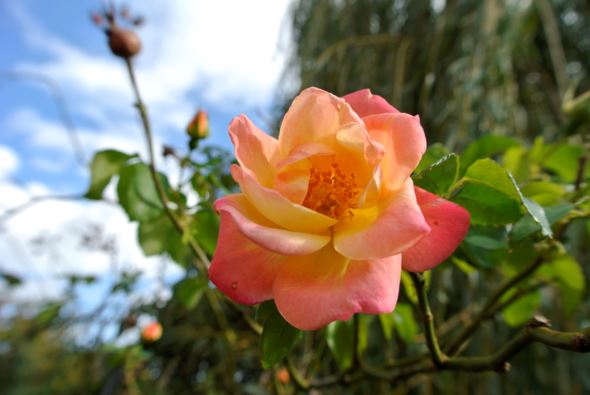 Asides from great Macro shots it’s also extremely impressive in low light conditions, even without using the pop up flash. I managed to very easily capture shots hand-held at ISO 200 and still get stunningly, sharp results. I generally deter from using the flash as it hinders the atmosphere created by natural light, so this really was another added bonus for me. 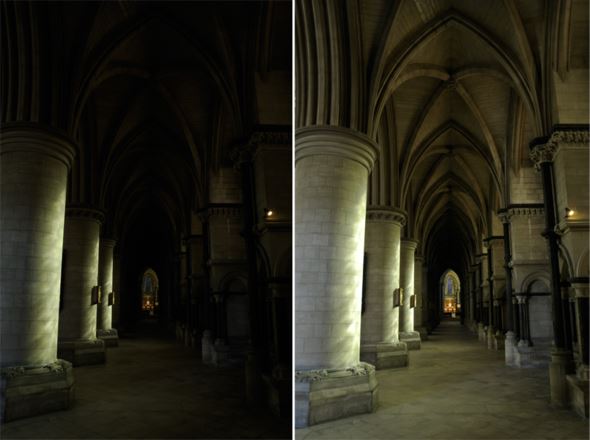 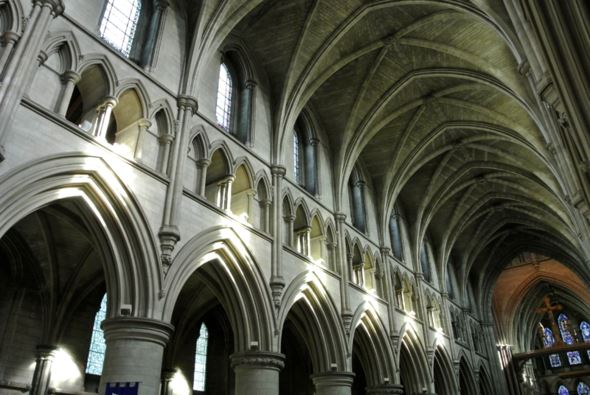 I was fortunate enough to be given two 1 mount lenses to test, the Nikon 10-30mm and the Nikon 30-110mm. I found both particularly responsive in almost every shooting scenario. The minimum focusing distance for the 30-110mm at its maximum focal length (110mm) is about a metre, any less than that and the lens will struggle to focus. The lenses are great for capturing candid shots in any environment as they're completely silent and unobtrusive, a great incentive for street and wildlife photographers. 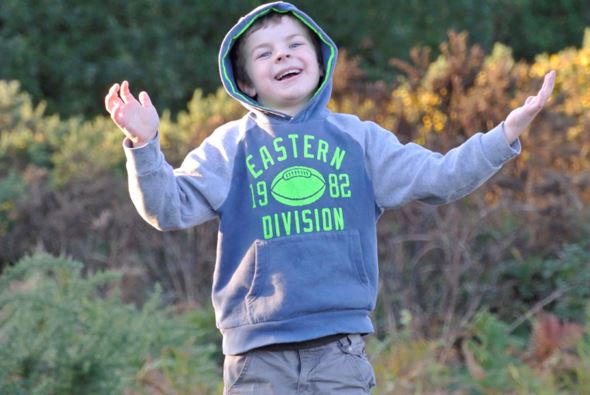 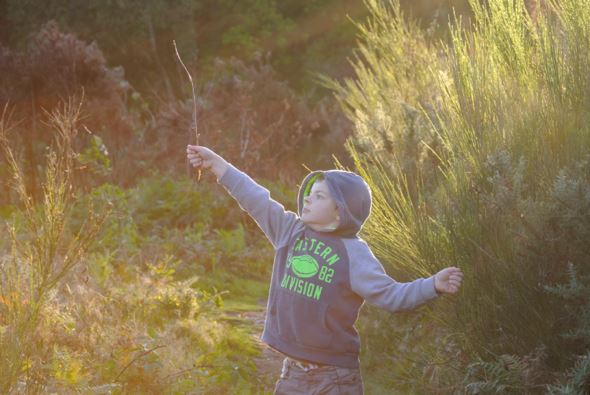 Personally, the mirror-less range of cameras has never appealed to me much and it’s only now I've got my hands on one I've taken an interest. Nikon have got the size just right in my eyes, it’s not too small or too bulky, anything bigger wouldn't be worth the downgrade from an SLR or upgrade from a compact. The J1 really is an all-purpose camera to suit everyone, capable of shooting in Auto for beginners as well as manual for enthusiasts and even has the option to choose from shooting in JPEG or RAW. It’s a great little back up, ideal for short trips or long holidays and I’d even consider taking it instead of my SLR when I don’t fancy the extra bulk but still want to produce sharp, detailed images. I was blown away by its high speed as well as low light performance, being able to shoot handheld in dark environments is something my previous compact camera has failed to do well. The only niggle I have is very minor - although the Nikon 1 logo on the front provides a bit of friction, a small hand grip on the front wouldn't go a miss as its shiny body can be a little bit slippery at times. 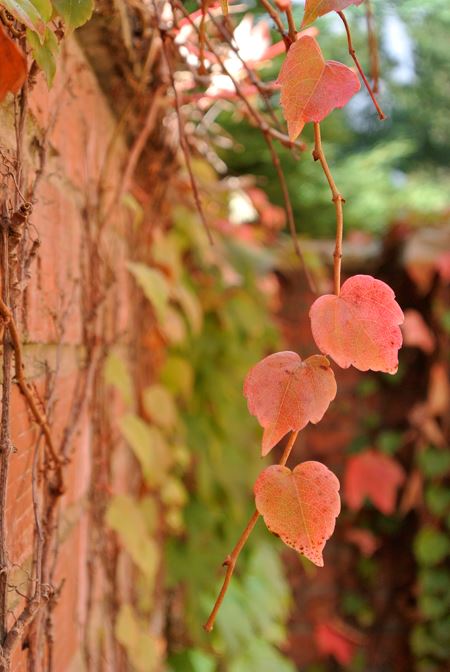 The lenses blur out the background beautifully

Check out the WEX flickr page for more sample images