The iOptron SkyTracker enables your DSLR camera to take an image of the night sky without any star movement. Damien Jacobs takes a closer look.

It's fair to say that I'm seduced by fantastic, awe-inspiring images of nebulae and galaxies, both online and in astronomy-orientated publications, although admittedly from multi-stacked heavily processed CCD images or, better still, spaced based telescopes. So I was still a little hesitant as to what the iOptron SkyTracker would do for me.

To briefly outline what it does, the SkyTracker enables your DSLR camera (or any camera with the ability to take a long exposure) to take an image of the night sky without any star movement. To get a better understanding of how well it could do this, I travelled to my usual night-time, sky-bothering location, with a Canon EOS 60D and Tamron 17-50mm lens, along with a Manfrotto 190XB tripod and SkyTracker all in hand.

I admit, at first I thought “let’s just get this over with”. I don’t know why I was so sceptical; perhaps it was due to this being the first outing of the autumn, with fond memories of crunchy frozen grass and clouds which magically appear only once I’ve aligned my scope haunting me, but upon exposing the first image I visibly smiled and thought… this thing works!

Before I eulogise more on the results, let’s take a more detailed look at the SkyTracker and what it does. Out of the nicely presented cardboard box you get a black cordura case to protect your investment, which provides a good level of padding. Within this is the iOptron SkyTracker itself, an illuminated polar alignment scope, (of which I will mention more in due course) and instructions.

The SkyTracker itself is an impressive piece of kit. Heavy in the hand, with an all cast-metal body. There are, in fact, no plastic parts involved in any load-bearing area of the device. Finished in a soft, matte white paint, with grey iOptron and SkyTracker markings, it certainly looks and feels the part — but a pretty paper weight this is not.

The premise behind the SkyTracker is to enable wide-field, long-exposure photography of the night sky, without any streaking or star trails due to the rotation of the Earth. This allows you to capture incredible faint detail in the night sky, and is achieved by being aligned to Polaris and through rotating the camera, matching the speed at which the Earth rotates.

A little base astronomy: all the stars in the Northern hemisphere rotate around the Pole Star, Polaris (Polaris itself has a very small circular motion, but so small in general it’s ignored). So, if you polar align a camera’s mount to Polaris and then rotate it at the same speed as the Earth’s rotation, you can aim the camera at any part of the night sky and it will appear to follow the stars. In essence, the SkyTracker is an accurate, well-made and cleverly designed motorised camera mount. 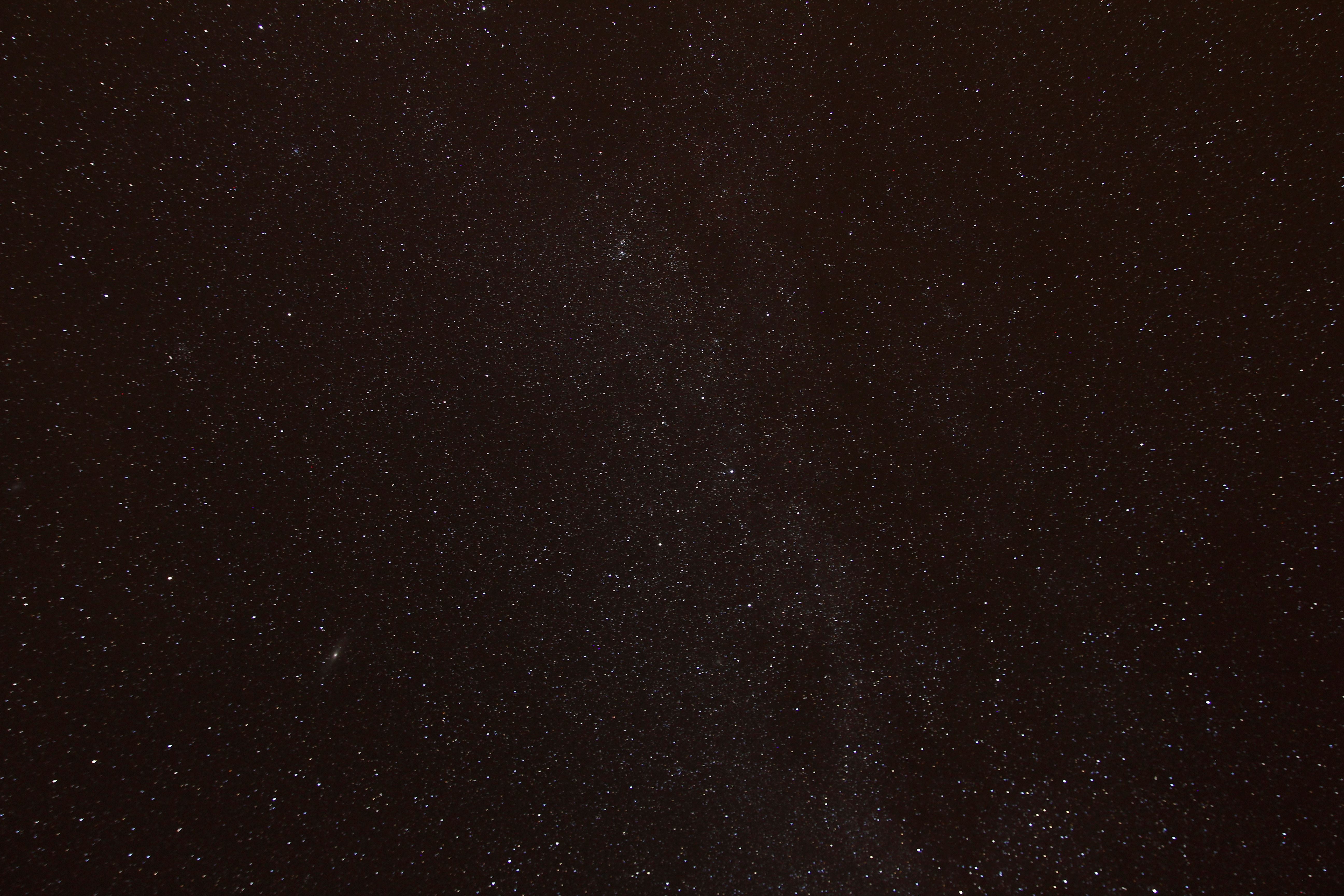 As mentioned, the SkyTracker allows long-exposure, night-time photography via polar alignment and camera rotation, but how does this all work in the principle? To use the SkyTracker for photography you’ll require a tripod, a tripod head of some flavour (a small ball head with a quick-release plate is advisable) and your camera, as well as a view of Polaris, of course. If you're unsure about the latter, certain free smartphone apps can help here.

You begin with the SkyTracker attached to the tripod and point the front face of the SkyTracker north (there’s a compass ‘bubble’ affixed to the top of the unit to assist you here). You then attach your ball head to the SkyTracker camera mounting plate and set your current latitude; for myself in the Norfolk hinterland, that was 52 degrees. This is done by turning a worm gear on the base of the unit against a graticule and pointer. Next comes the only slightly tricky part; aligning to Polaris.

To align to Polaris you use the supplied polar scope. This scope has a graded illuminated reticule, which can be used in both Northern and Southern hemispheres. Again, there is smartphone app which helps you in locating where exactly on the reticule face you need to place Polaris for your own particular time and location, increasing alignment accuracy. This is also a massive plus points for iOptron; for other similar devices on the market, at the same price, the polar scope is an additional (and costly) purchase on top of the unit itself.

Once the latitude is set and polar aligned, the fun can start. You attach the camera to the head and point it to a part of the sky you want to photograph. All that's left is to turn the unit on to start the camera rotation for your first exposure!

So how were the results? Experimenting with the camera settings to get the best results, I used the bulb function in conjunction with a shutter-timer release to capture exposures between four and six minutes long, I found ISO 400, an aperture of f/3.5, manual focus set very slightly off infinity and slightly off the widest focal length of the lens gave me the best results for the quality of the dark sky location I was in. Normally such an exposure at night would give the beginnings of star-trailing, the stars becoming small streaks rather than pin points; with the SkyTracker mitigating this they remained as points (except at the very edges, which is down to the lens's quality than anything else).

Furthermore, being a long exposure, many more stars were being resolved along with a greater level of detail. Experimenting with exposure lengths and becoming my own teacher, I was becoming increasingly pleased with the results. One tip I can give is to use a camera with a tilt-screen, such as the Canon EOS 60D - this makes it far easier on the neck due to the many unusual angles at which the camera is positioned.

Once home and reviewing the images on my laptop, I was even more impressed and excited. One image even showed the oval disk-like nebulous blur of Andromeda, our nearest galaxy! While still a very small spiral disk, the fact it could be resolved at an 18mm focal length was immensely gratifying. Another image, which had the Milky Way snaking its way through the middle of the frame, showed the beginnings of a reddish colouration and dust clouds amid an impressive density of stars. 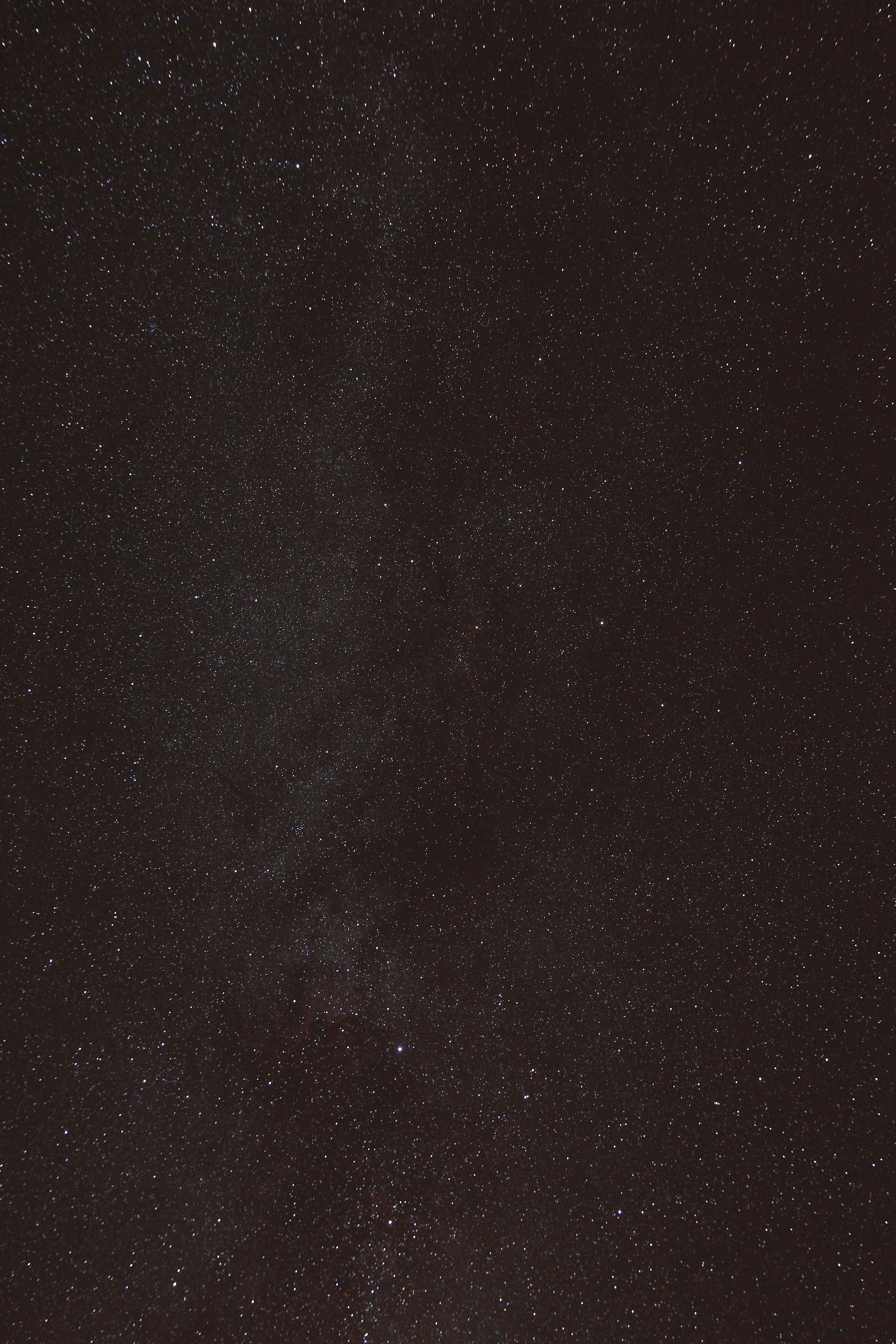 This was all on the first night, although on subsequent nights out I started to compose with interesting foreground subjects helping to add another visual element. The ruined Saxon church of St Nicholas (below), with its bell tower only partly remaining, is a particular local favourite of mine.

Going back to my initial scepticism when first receiving this, I thought this style of wide-field photography would only result in samey images with little variation from each other, but using it proved otherwise. There are a multitude of constellations and asterisms which can be framed, many with interesting deep-sky objects which start to be resolved. Once you add foreground interest, the options become near limitless. I actually found myself reinvigorated with my hobby, cursing subsequent moonless but ultimately cloudy nights. 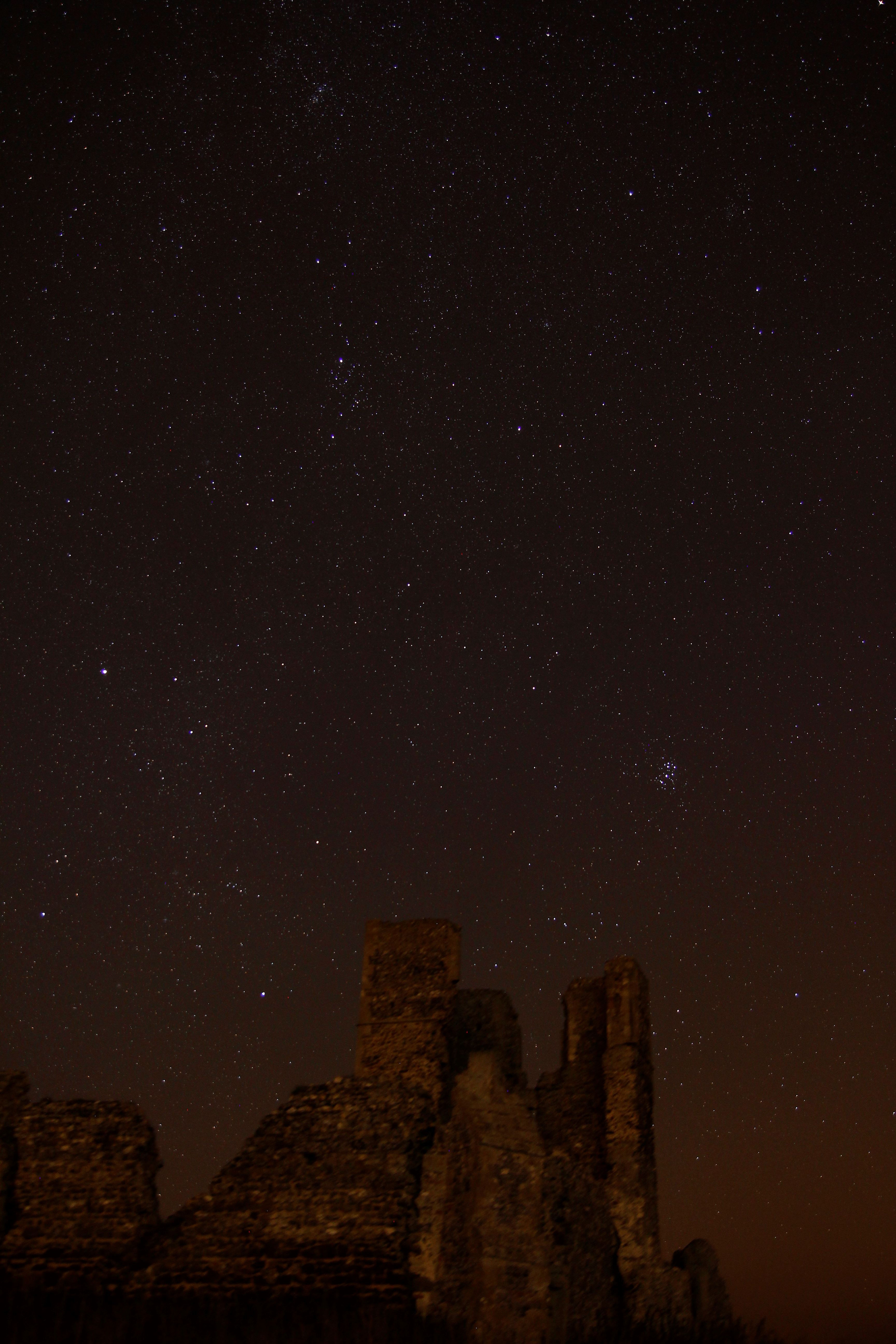 To conclude, iOptron has really hit the nail on the head with the SkyTracker V2. It's appeal is not just limited to hardcore imagers, but photographers who want to try a new style without breaking the bank, and being compact enough for travel means it can be used anywhere with interesting foreground elements added to the mix. Think the Pyramids, Joshua Tree National Park, palm fringed sandy coves - for me, though, next stop is Malibu beach!