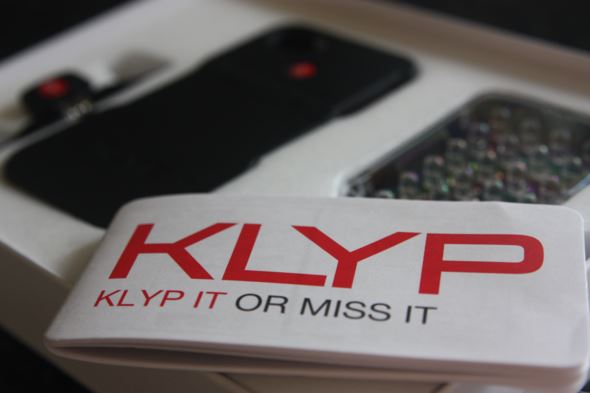 Manfrotto recently launched the KLYP case, a new venture for the extremely popular brand behind some of the world’s favourite tripods. So, what is the KLYP? The newly designed case is at the core of a system that enables the use of photographic accessories with the iPhone 4 and 4S (with a version that’s compatible with the new iPhone 5 presumably in the works too).

The case alone provides the functionality needed to be able to attach a tripod with the standard 1/4" threaded accessory attachment (called a snap-on adaptor) or an external lighting unit with a second flash-shoe type snap-on adaptor –in case it’s not obvious, the lighting unit will in no way connect to your iPhone Apps. This plastic on plastic connection is purely a way to physically attach one to your phone. There are 4 different adaptor slots at various places around the KLYP case, so you can use different combinations of a tripod and/or lighting unit in both horizontal and vertical shooting orientations.

To make things easy, Manfrotto have released the KLYP case bundled with an LED light in two output options: the ML240 (with 24 LEDs in the unit) or the ML120 (with 12 LEDs) or bundled with the lighting unit and a Pocket Tripod.

As an iPhone user myself, this is often the only camera I have on me, especially on an average work day or evening out and I've become a pretty avid snapper of anything interesting that catches my eye while I’m going out my daily business.

I had a chance to give the KLYP case a whirl recently, and all in all it’s a pretty neat piece of kit that allows you to be a bit more flexible and most importantly, a bit more creative with your iPhone photography (or iPhoneography if you’re so inclined to call it that!)

There are a few steps involved in getting the KLYP case and attachments together and ready to shoot. Thankfully, Manfrotto include a really comprehensive booklet of instructions with clear diagrams on how everything goes together in different combinations. I really appreciate the thought they've put into this as I've used several other new photography gadgets recently that were completely lacking in any kind of set-up instructions. Getting the KLYP case, LED light and pocket tripod up set up is a little fiddly but quite straightforward. 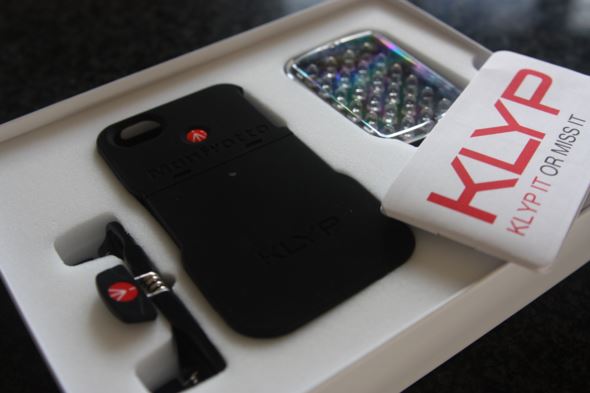 What's in the box

As with most of these types of accessories, you’ll need to remove any existing case you have on your iPhone first before you attach the KLYP. Not to worry though, Manfrotto have included a thoughtful touch: felt inserts on the inside of the 2-part polycarbonate iPhone case to prevent scratching and marking when in use.

The snap adaptors are also easy to slide in and out of the various slots around the case. Both the lighting unit and pocket tripod have steps in place to secure the accessories to the case tightly – the tripod comes with a little mini screw-driver-on-a-string to keep it tight and sturdy, and the LED light has a wheel around its base which you tighten to secure it. 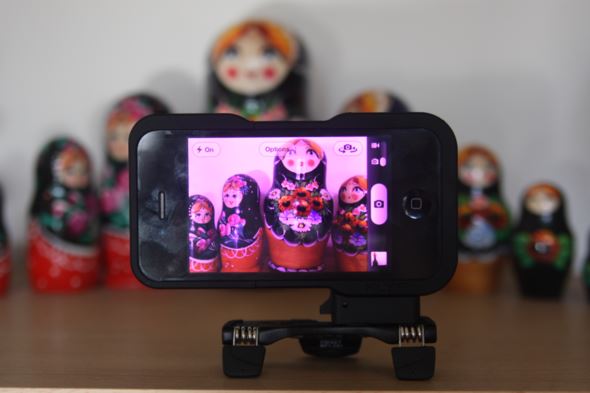 The Manfrotto Pocket Tripod is a very small and really simple tool and it works well with a relatively light gadget like the iPhone. If you've ever seen or used Manfrotto's range of pocket tripods for DSLRs or compact cameras, this one works in almost exactly the same way with a very similar design done on a smaller scale. Although it’s of metal construction, I found that it often wasn't weighted or sturdy enough to balance the iPhone with the lighting unit attached in all positions – there were only certain combinations where it would balance out safely.

If you’re shooting landscapes or general street scenes, especially at night, then I think this tripod will do the trick. If you want to photograph things in more detail – macro or zoomed in with a telephoto attachment, then I think you could find this tripod a little inflexible for your needs because once the iPhone is attached, there’s very little ability to tilt it or rotate it to change the angle at which you’re shooting.

I used the Manfrotto ML240 Lighting Unit, which is the more powerful of the two available. The wheel on the side of the lighting unit allows you to adjust, very smoothly, up to the brightest setting and then all the way down to the dimmest setting before clicking into the off position. The unit takes 2 x AAA batteries and according to Manfrotto, the approximate battery life is 40mins. 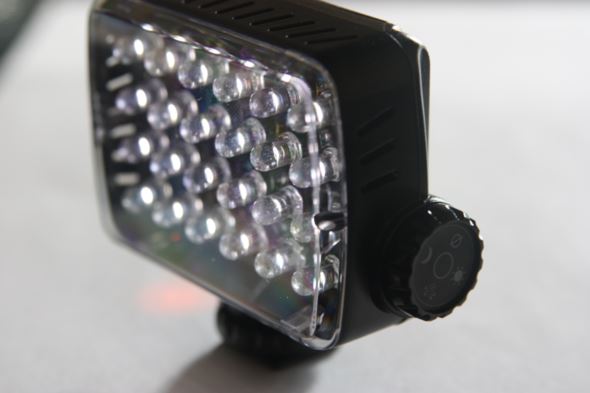 The control dial which switches the light on, off and adjusts to the desired level of illumination

I didn't have a willing model to test how well the LED light works for portraits, but according to Manfrotto, this is what these lights are made to do well. I did have a play around with some lighting set-ups using a different type of model though and found it worked best on the dimmer setting given the ambient light I was shooting in. 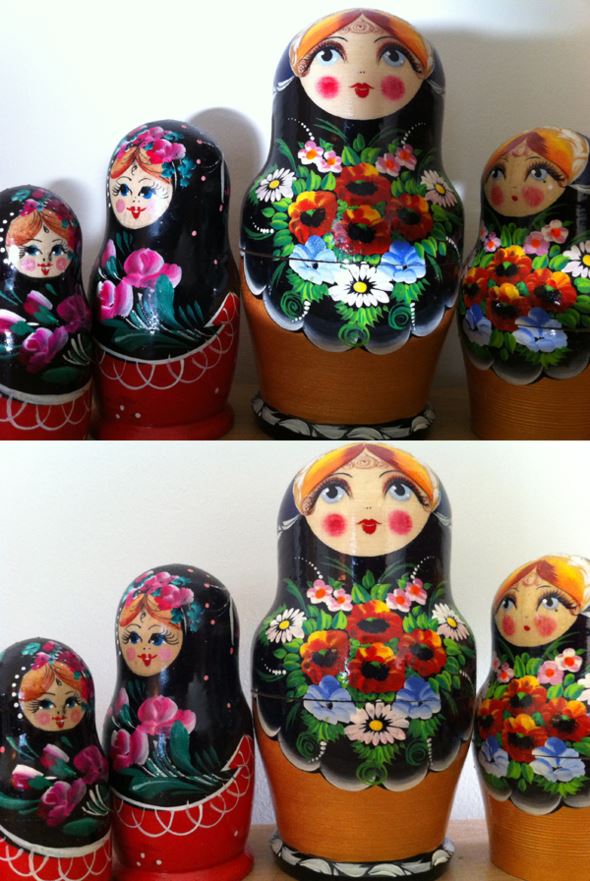 Above photo taken without the LED light, Photo at bottom taken with LED light to the right

Another option, which I found quite fun to play around with, is actually using the LED light as an off-camera continuous light source as it's sturdy enough at the base to stand up on its own. In the second photo above I had the light to the right and behind my subjects, lighting the wall and giving a subtle high-key look.

The lighting unit provides very limited flexibility when it comes to angling it up, down or side to side – but I guess this is a more advanced feature that would've driven the price up too much for an accessory primarily built for an iPhone. Given that it's so portable, you can always detach it from the case, like I did above, or hold it above or below your subject for more creative lighting angles.

Any accessory that encourages more thought and creativity when shooting with an iPhone is A-OK in my book! The case alone is pretty reasonable at £24.95* and the compatibility it provides with threaded and shoe-mounted accessories makes it a better option than many other cases available at a similar price range.