A dedicated flash for that special camera in your life

Modern flashes are really getting quite clever. They aren't the basic manual or simple 'auto' models you used to buy for nothing for film SLRs; now they tilt, swivel, zoom and even perform card tricks (sorry, not that last one). Seriously though, they can be complex bits of engineering and not only do their own thing but also need onboard smarts so your SLR can make them perform back flips. That complexity can make the own brand models appear a little dearer than an impulse purchase.

There's a gulf between basic third party flashes and the manufacturers' all singing, all dancing models. It's this market space that a few pocket lighting specialists fill. The German brand Metz is one of the best known and produce a range which aims to match the big boys in every respect while still remaining slightly more 'cost effective'.

The Metz range has something for everyone, from tiny travel units to monsters for catwalk cameramen. They match the own brand ranges and then some (with room to spare). For everyday photo folk like me its their 'normal' range of bounce headed flashguns which are most relevant. They are named by guide number and so can be measured up against camera makers own units quite easily – remember that a zoom headed flash is rated at it's narrowest angle of coverage. Metz  36AF and 48AF units cover the typical offerings – in fact they're an almost direct match for the Olympus FL-36 and FL-50 units. There's a 58AF too which is a 48 with a small extra forward facing tube for fill in. 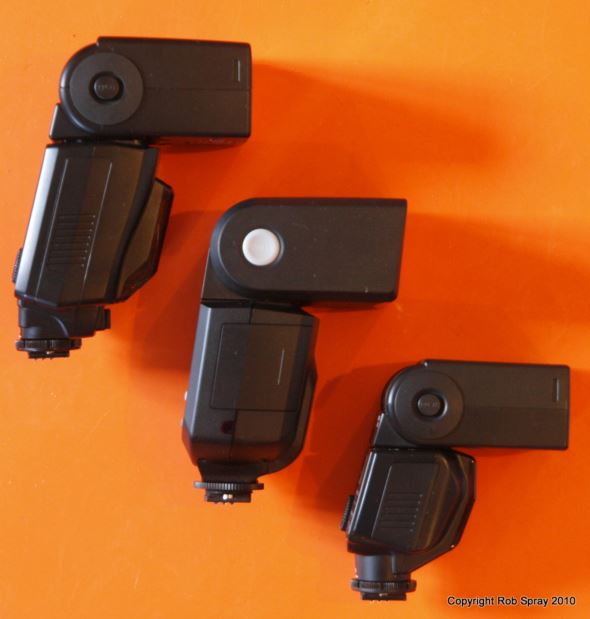 Hilda Ogden had flying ducks, why not have three flashguns on your wall? Size comparison of (L-R) Olympus FL-50, Metz-48AF and Olympus FL-36

Dedication, that's what you need

On my shelf at home I have an ancient 'dedicated' flash, all it has is a slide switch so that your chosen brand of camera will recognise that the flash is ready to fire. The exposure control was performed using a photocell on the front and you set the aperture to match a printed distance scale on the back... it all seemed so exciting back then! Things have moved on, a lot.

Now dedication means not only will the right lights come on, but there's a two way link between camera and flash. This allows the camera to truly, precisely control the power of the flash to match its TTL (Through The Lens) metering – no need for printed scales any more. On top of that, high speed modes which can operate faster than the mechanical limits of the shutter and control of the zooming head all rely on this dialogue and it has required some impressive development by Metz to produce not just one unit but a range to match all the important camera makers and their own methodologies.  The 48 AF-1 is available for all major brands offering compatibility with Canon, Nikon, Olympus (Panasonic share the protocol but not all features), Pentax/Samsung and Sony. 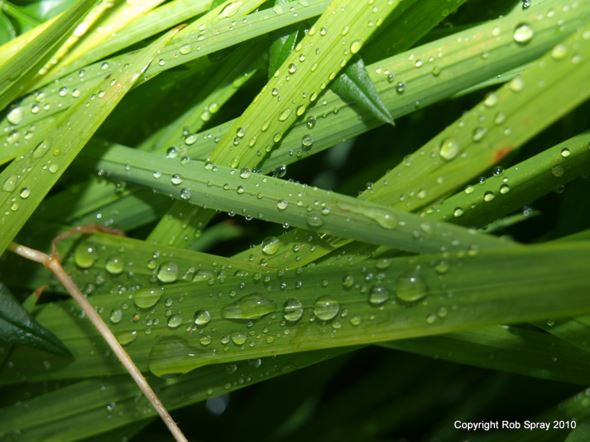 Raindrops keep falling on my Crocosmia

Remote but not isolated

For an Olympus shooter like me this is great news as some of the things my SLRs could do previously worked only with own brand flashes. The biggest story for me is that Metz support the wireless flash control protocol (RC mode) that all E-Series SLRs (and some of Olympus bridge cameras and the Pen E-PL1) offer. I use this feature a lot on land and underwater as it offers full TTL or manual control with the added bonus of free flash positioning. Because the control is transmitted using a burst of data from the onboard flash, the external unit can be placed anywhere it gets a good view of the pop-up. 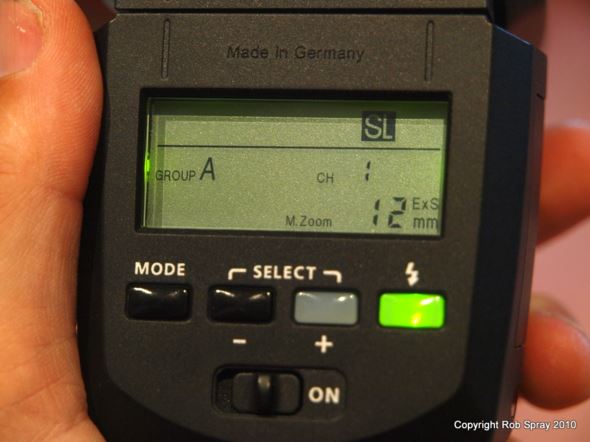 Set up for wireless remote is easy

Using RC mode an Olympus SLR can control 3 channels of any number of flashes, limited only by imagination and space. The channels can be a mix of manual or TTL and each can have its power adjusted. 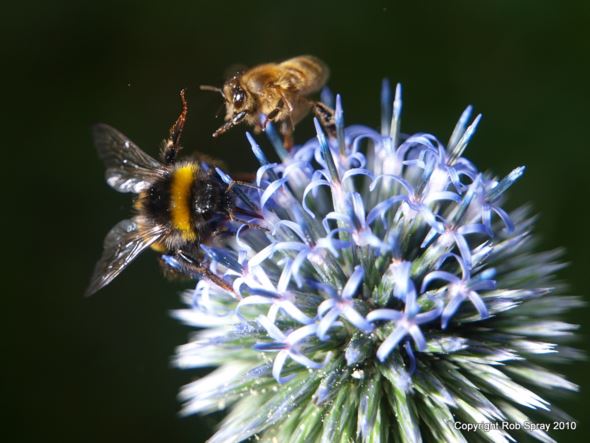 Everybody was Kung fu fighting! Macro lighting is easy when you're wireless

A flash in the hand

The build quality of the Metz flashes is very respectable, and the styling has more of a cool German minimalism than the busy surface detail of Japanese models. Compared to the obvious opposition, the 48AF is very similar in size and weight to the Olympus FL-50 which is similarly powerful and also considerably larger than the FL-36. Like the 50 it holds 4 AA batteries which makes it fast to recover and gives it a likely run of 300-400 flashes before it needs reloading – obviously depending on the use it gets! So it's almost as powerful as the larger Oly flash and yet costs about the same amount as the smaller Oly unit – a handy combination. The Olympus units are better built, but the Metz is strong and pleasant to use with no reservation at all about it standing up to keen amateur use. There are some nice touches like a built in diffuser and pull out bounce reflector. There's also a USB port for firmware upgrades so you can stay in step with new camera features and any improvements offered after you've taken the plunge.

The 48 AF-1 is slightly less powerful than it might seem against the FL-50 as it's max guide number of 48 is achieved zoomed to match a tighter 105mm lens than the FL-50's full output which has a spread to cover an 84mm equivalent – actually about 33% more light output. On the upside, a tighter zoom is more efficient, particularly when using TTL mode for macro shooting. 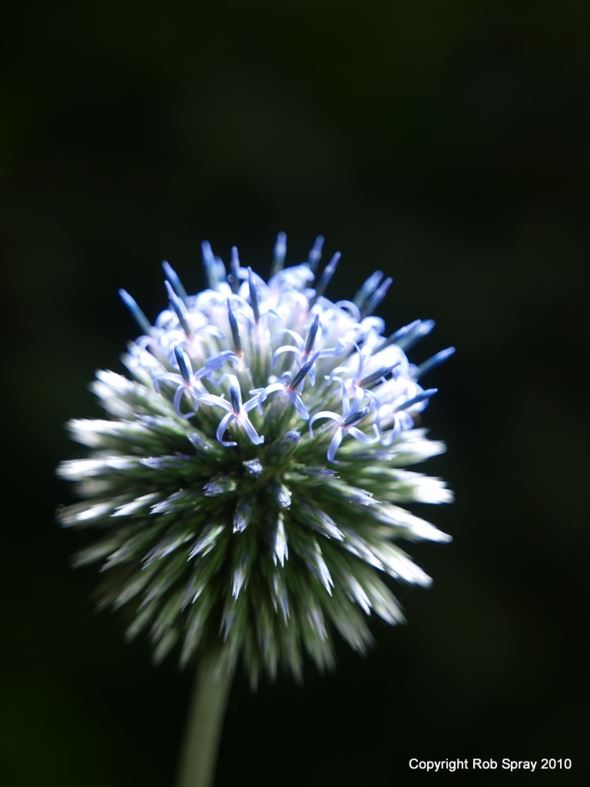 Flowers like this Echinops just beg for flash lighting

The 48AF-1 (and the 36 and 58) can operate in all the modes you'll need and some you may want to save for later. Thus you can choose from Manual, Auto, TTL, Fast shutter TTL, Slave and remote modes . The remote support will vary depending on the brand, for Olympus remote the slave sensor is used to decode data bursts sent by the pop up flash. This system is very simple and works extremely well – although to set the 48AF into this mode does require a quick dip into the manual as the back panel doesn't give very much away. If there is anywhere that the Metz gives ground to the own brand flashes it is in its user interface. Whether it is the Teutonic minimalism or just an enigmatic lack of clues it is slightly harder to set up than the Olympus models, but once done you really wouldn't know the difference. 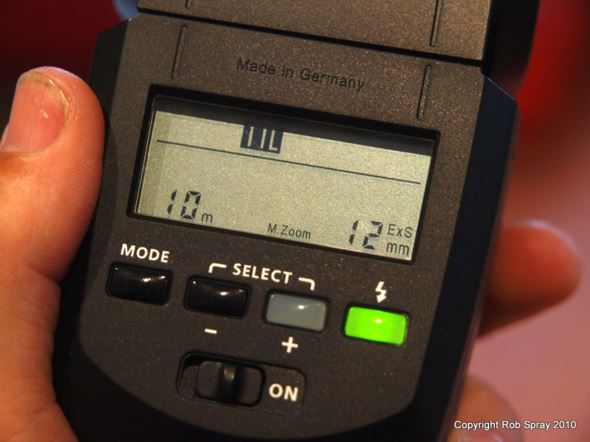 The display is clear and the controls are simple

The zoom head position on the display is normally calibrated in full frame/film focal lengths which won't tally with the lenses used on smaller sensor SLRs but reading properly through the manual for an unheard of (for me) second time I found that it can be set to read either real or equivalent focal lengths (as you can see in the pictures) by settting the S mode 'on'. There's also the Ex mode which sets the flash wider by one step to make alignment less critical - and you can always manually set the zoom too of course!

In operation the 48AF is as well mannered and effective as you could hope for its size. The coverage is even and feels well up to the spec. It seems to cycle fast and may, if anything, be slightly faster than the Olympus models – though that is hard to test without identical conditions, lens coverage and matched test batteries.

The head of the flash can be directed up between 0 and 90 degrees to bounce off ceilings, it only locks in the straight ahead position but the click stops are stiff enough to stop it flopping out of place. Like the Olympus flashes it actually drops down slightly below horizontal as a macro setting for close up use. The head can also swivel 180 degrees left and 120 degrees right - there are clicks every 30 degrees of rotation – so it can in fact be reversed to bounce off a back wall. The full twist also allows the body of the flash to face your camera to improve reception of flash bursts whether you are using simple slaving or full remote control. The flash doesn't come with a stand to aid off camera use, but they are cheap and widely available. 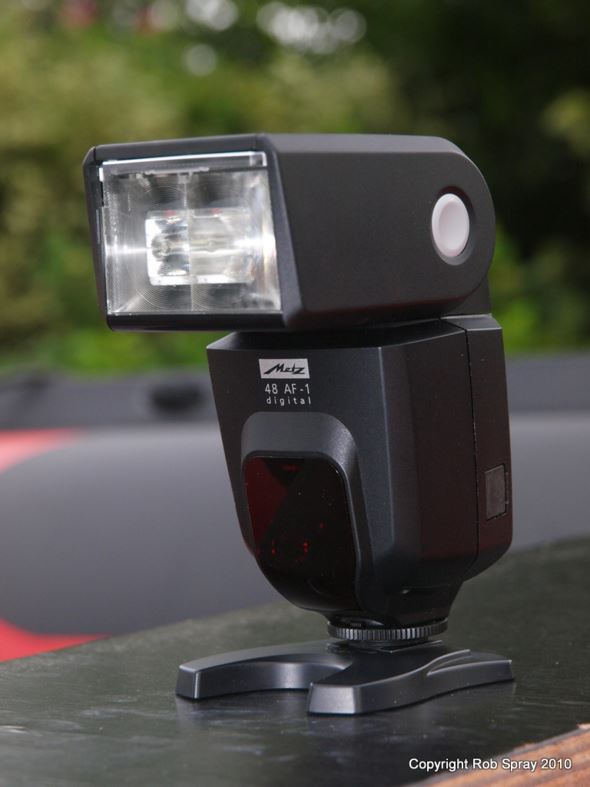 Front view (stand from my FL-36 not included)

The zoom range provides matched coverage for lenses between 18 and 105mm (film equivalent, 53mm for Four Thirds) tracking the camera as you zoom. The slide out diffuser is neat and automatically recognised by the unit which updates its display – it is used to widen the coverage to 18mm (film equivalent, 9mm for four Thirds). The Olympus units have a similar diffuser but not the neat white reflecting card which also slides out. The 48 AF-1 has no real vices in use and is a good colour match for the standard colour temperature settings.

The slide out diffuser and reflector card

The Metz 48AF is a great find. Far from the entry level psuedo-dedicated flashes of the past it is powerful, impressively compatible with the advanced features of my SLRs and keenly priced. For the cost of a smaller own brand flash you get a more powerful unit which supports all the clever stuff your camera can do. 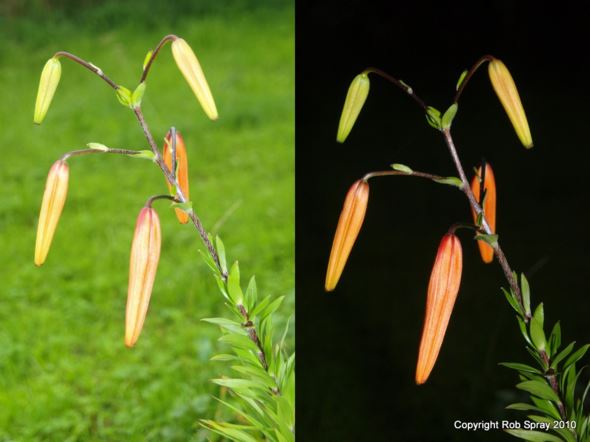 The user interface is obviously more generic than an own brand flash but a dip into the manual reveals all. I was very impressed with its wireless remote support and excellent recycling performance. It happily mixed in with my Olympus flashes in a multi channel remote set up. 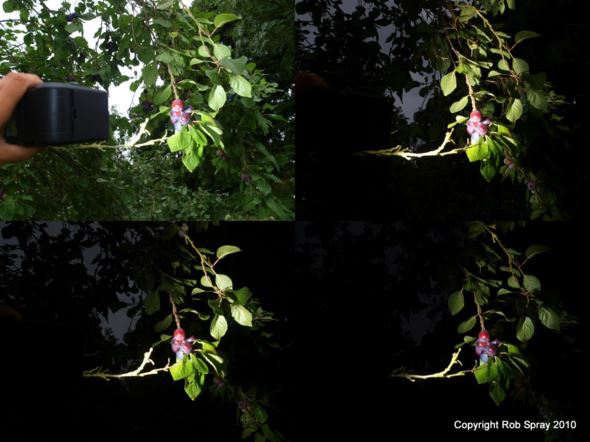