I wasn't a fan of the original 24-120 VR. Build quality was OK but nothing amazing and the optics left a lot to be desired with a sharp centre that rapidly softened up. So when this new 24-120mm f4 version was announced I was curious to see if they had brought the lens up to scratch. After all, it's a fantastic focal length for those that need or want a little more reach than the 24-70 and a constant f4 is a nice addition as well. Not to mention VR II and Nano coating. All the ingredients of a great general purpose or travel lens. But is it....? 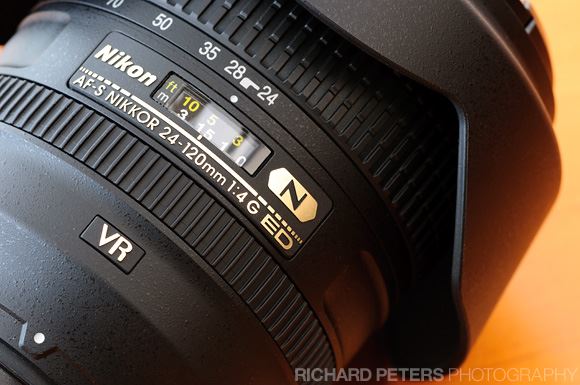 Usually when I review a lens, I just take take regular photos and use the lens how I normally would, and then give my opinions based on real world usage. I'm not a huge fan of staged pixel peeping test shots as usually they just confirm what every other review online says. However, because this lens is still quite new and because I didn't have it for an extended period of time, I did do a little bit of staged testing as well just to increase my understanding of how the lens performs. So my thoughts are based on a mixture of real world and test use.

If you are familiar with the 16-35mm VR then you'll know what to expect with this lens in terms of build quality. If you are not, it is mostly comprised of high quality plastics, but don't let that put you off too much because like the 16-35 VR it has a very solid feel in the hands and has virtually no play at the lens mount when attached to the camera. When it's set to 24mm it has a very chunky stubby feel to it. Zoom it out to 120mm and it still feels very solid despite the extended length. A big improvement over the original lens.

My only criticism of the build is that despite it feeling very solid even when fully extended, I would hate to drop the lens or knock it too hard when it is set to 120mm. Obviously dropping or smacking a lens hard is not a good idea anyway but when paying this much for something, I don't want to have a niggling feeling at the back of my mind that it 'might' get damaged more easily than a lens that has a fixed barrel. I know the 24-70 also extends at 70mm but only by a very small amount, and that is hidden inside the lens hood because the hood attaches to the outside of the lens barrel and only the inside extends out. Unlike the 24-120 however, where the outside of the barrel extends and the hood goes with it. I guess it's all personal preference but I would have preferred the zooming to be internal and had the lens fixed at it's longest size or had just the tip extend as with the 24-70. 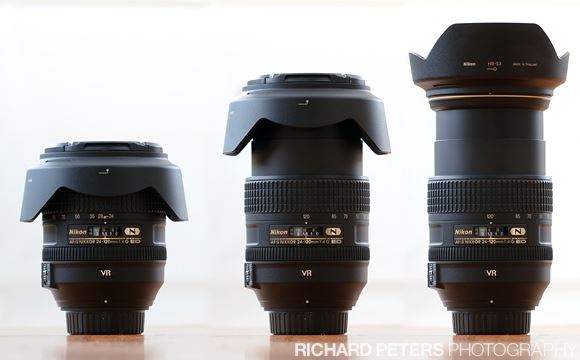 This design does give me some worry that over time dirt and moisture could get sucked in to the lens through the extending section. I have no qualms about taking my gear out in harsh weather if I have to do so, but I'm not sure I'd be so willing to do it with this lens. But, remember, this isn't a 'Pro' lens in the same way that the 24-70 or 14-24 is and so isn't designed with the same harsh conditions in mind.

You have the familiar M/A and M switch that AFS lenses usually have, plus the VR controls which, unlike the 16-35 VR also give you Normal and Active modes, due to the maximum focal length. 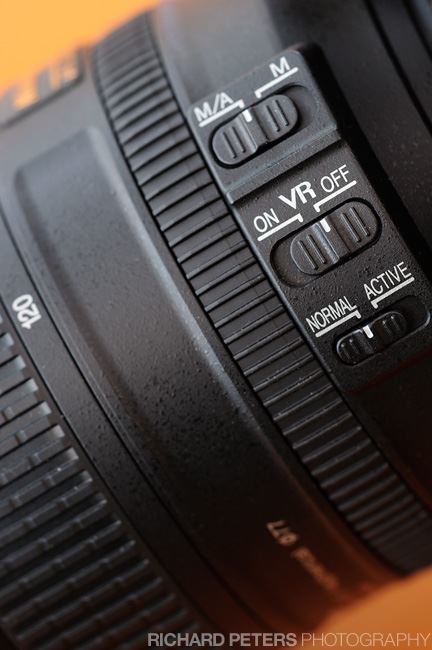 The lens also comes with VR II. It's the second lens I've used with the latest version of Nikon's vibration reduction system and I much prefer the almost silent operation of it compared to the older VR lenses. I've never been overly convinced that VR is needed at short focal lengths, although after a trip in to London with this lens it did allow me to get a couple of nice shots handheld that I wouldn't normally have been able to get without a tripod. So I can certainly see it's use in some situations. If you find yourself shooting indoors or low light often at this focal length, then it may well be of far more benefit to you than I. At 120mm it is a lot more useful though, especially on the latest DSLRs that shoot video. And if you are shooting on a DX sensor, then you might find VR an even more welcome addition thanks to the 'crop factor' giving you the field of view of a 36 – 180mm lens. 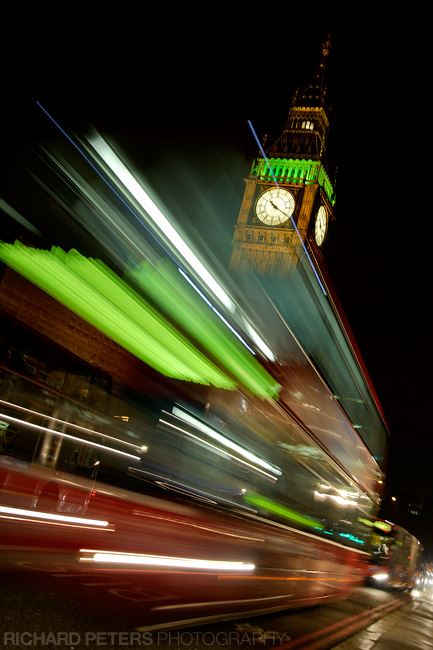 It's AFS, it's quick. Not lightning fast, but certainly quick (on a D3s at least) to go from minimum to infinity focus. The copy I had sounded different to other AFS lenses I've used. Not sure how to describe it but certainly louder and with a more clicky noise to it, but otherwise it was perfectly capable, even indoors.

Is this lens any good optically? Well, in my opinion, yes and no. Generally speaking it gives acceptable colour and contrast, although I did witness quite bad Chromatic Aberration (aka purple fringing) creep in from time to time in some high contrast lighting. This can be taken care of to a great extent with software during your editing - not that I am excusing the CA being there in the first place, but it is something than can be mostly fixed, as apposed to say loss of detail from softness, which can't be fixed.

Vignetting at f4 and f8

Again, this is also something that is semi correctable if you have Vignette Control in camera or in your editing software. I switched mine back on (it's usually always on, even with my 600mm and 200-400!) after taking some test shots, and as you would expect it helped reduce the problem nicely. If you shoot with a DX sensor then there isn't really anything to worry about here at all though. 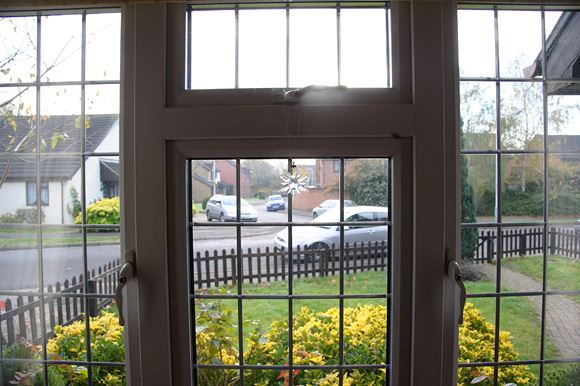 If you shoot on DX, don't worry about it, the lens will perform well across the frame. If you are an FX shooter, the lens is acceptably sharp even wide open in the centre of frame. Stop down a little and the results are really quite impressive, especially when compared to the old version of this lens. The extreme corners are quite soft, but I do mean extreme corners with most of the frame being sharp then a rapid fall off right near the corners. 120mm surprised me as I was expecting it to suffer a little at the long end, but it's actually really impressive and remains nice and sharp, even wide open. 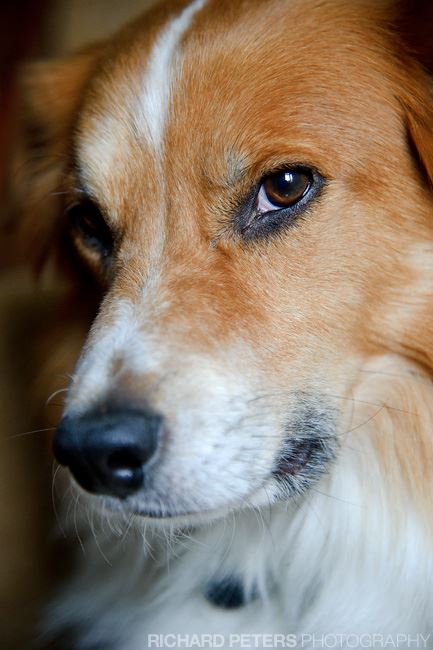 The new Nikon 24-120mm f4 VR isn't half bad! Whilst it's not quite Pro status and it does have some image quality traits that you may need to work round or fix during your editing. Given the range this lens is asked to cover should you expect some optical compromises or do you think the lens should be first class with no exceptions? Well everyone will have their own opinion on that, but for me it's certainly what I would class as a good prosumer and general purpose lens that would be great for travelling when you are limited in what you can (or want to) carry. Of course when spending this sort of money you might be tempted to cast your eyes at the 24-70, after all that is a pro status lens, faster, better built and has better optics. But, it's also more expensive, heavier, not as versatile and doesn't have VR.

The main let down for the image quality was, I felt, the distortion. Apart from that the optics were actually a little better than I had expected, having owned the original many years ago. But if you don't have specific requirements for better distortion control, and depending on what you shoot, it may well be something you can live with. Certainly I found it mostly only showed itself when I specifically took shots with lots of straight lines, trying to catch it out.

On the plus side, the build quality is generally very good and the optics are for the most part really nice. It's certainly a huge improvement over the previous version of this lens and I think for all but the serious pro's out there, or those that don't need the very best, it would make a nice addition to the camera bag.