The Nikon 24-70mm f/2.8 lens is a fair bit longer and has a smaller diameter barrel than the 17-55mm f/2.8 lens. Both lenses are AF-S G ED specification with the 17-55mm being DX format only. They are fairly weighty, have a manual /auto focus switch and take a 77mm threaded filter.

I much prefer the feel of the 24-70mm lens over the 17-55mm objective. The zoom ring on the 24-70mm lens is wider and it has a lighter, smoother action than its DX cousin. It just feels better in the hand and superior in every way. The lens hoods that come with the lenses as standard are of a similar design with the 24-70mm hood being slightly longer to compensate for more travel in the lens barrel as a result of zooming. The zoom range is 2.9:1 for the 24-70mm lens and a slightly greater 3.2:1 for the 17-55mm lens. The range of zoom is as close to 3:1 for each objective as to make little noticeable difference in operation. 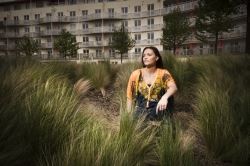 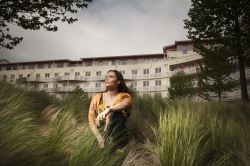 Both the Nikon D300 and the Nikon D700 camera bodies have similar main camera dimensions; they are the same width for instance and have all the key controls in identical places. However, the Nikon D700 does have a larger prism block to match the full frame sensor. This has resulted in it having a smaller top LCD screen than the D300. The D700 is noticeably heavier than the Nikon D300 but it is still a compact professional  Digital SLR and certainly not one of the big boys. All the camera menus and systems on both bodies are so similar there is really nothing to separate them. The grip and feel of both camera bodies is nearly identical. I was switching between the camera systems throughout the day of my comparison test shoot and I often found myself looking at the numbers on the front of the camera body to see which camera I was using. They have so few physical differences the reason to pick one camera over the other will certainly be for imaging or financial reasons.

Having established that there are no major handling differences between the camera and lens systems we have to look next at the differences associated with the pixel density of the sensors. The Nikon D300 has more pixels in a space half the size of the Nikon D700 sensor. So will more pixels or bigger pixels produce the best images.

Typically, larger pixels are more sensitive than smaller ones. This is certainly the case with the Nikon D700 pixels on its full frame sensor. The D700 is therefore more suited to low light photography at extreme ISO values than the Nikon D300 as a result. Much has been written about high ISO comparison, and as sophisticated noise measuring systems are needed to accurately do a comparison test I decided to stick to real world shooting. 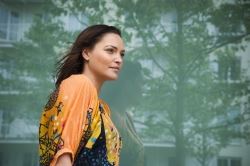 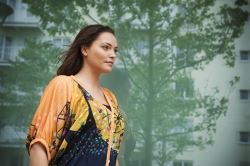 I put both the camera and lens combos to the test on a portrait shoot that used ISO 200 to ISO 800 and f/4 to f/16. This range should be right in the sweet spot of both systems. I expect the lenses to perform at their best at all zoom values so that is what I used.

Before the shoot I reset the menus on both cameras to their default settings except for the few personal tweaks I like to dial in when shooting Nikon. I nearly always shoot on Manual but I chose to use Aperture priority too in order to see how the camera light meters compare.

I shot a full mix of lighting styles from flash in daylight to natural window light in a dark café interior. I swapped between the cameras regularly to really get a feel for what sort of user experience they gave me. I must say that I was most disconcerted to find that the metering in the cameras was varying by up to 2/3rds of a stop for identical frames at times. I switched to manual exposure and I found it was not just the metering that was varying. When I exposed both cameras at the same settings in manual I was getting different exposures in the file. This is possibly due to a number of factors and I just got on with the job of getting good frames without caring what the exact figures for shutter speed and aperture were for a given ISO. After all, it’s pictures that count and both cameras were delivering exactly what I wanted on the handling front.

Once back at the studio I downloaded my files, juggled them up, renamed them, and gave the set to Marko our in-house post production expert to process in Adobe Lightroom. He really had to work hard with the Nikon D300 files to even get close to the pictures from the Nikon D700. Some of this could be down to the input profiles for each camera setup in Adobe Lightroom but that aside the Nikon D700 and 24-70mm lens combo images sparkled with a clarity that the D300 images lacked. Each time we looked at a picture and its sister frame taken on the other camera it was easy to spot the D700 image. This is not to say the Nikon D300 images were bad in any way and if we weren’t comparing them with the D700 files we’d be happy. 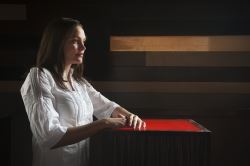 Well, after my findings from the portrait shoot, I decided to explore a little further into why I was experiencing the difference in quality between the systems so I ran three tests in my garden. I do hate garden test shots so I’ll spare you the pictures as they are not works of art and you really need to pixel peep at 100% to glean anything meaningful from them, but here are my findings… 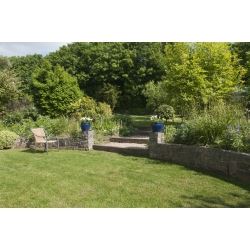 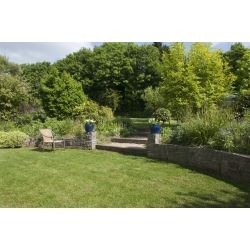 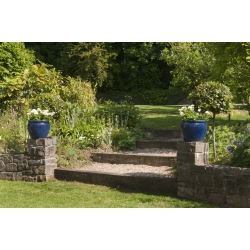 I found that the Nikon D700 with the 24-70mm lens resolves far more detail than the Nikon D300 with the 17-55mm lens as both ends of the zoom. The D700 and 24-70mm lens combo has a better natural contrast and produces far superior pictures with more clarity at both the centre and edges of the frame. It’s worth noting that the Nikon D300 on aperture priority chose to use 1/30th second while the D700 used 1/25th second with all the settings the same and identical light on the scene. This variation in a controlled situation looking at foliage in a ‘normal’ scene with the cameras on tripods ratifies my previous findings on the portrait shoot.

I wanted to use the same lens on both cameras to see if the sensor or optics were the reason for the differences in image clarity. I chose to use the 24-70mm lens as it covers both the DX and FX sensors. I also chose a mid-zoom setting on each camera and matched the image coverage in the viewfinders. 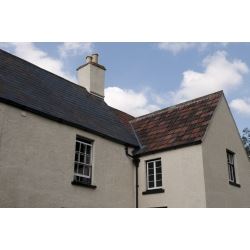 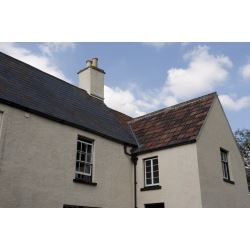 The images viewed at 100% in Photoshop were very difficult to distinguish. They were all excellent. I looked at the centre and the edges of each of the frames and after much deliberation I concluded the Nikon D700 image was marginally superior but not by much and on another day I may have chosen the Nikon D300 image, it was that close.

Both cameras function in a similar way and are easily swapped between on the fly. The layout and controls of both bodies are similar and they feel equally comfortable to hold. They both have a pop up flash and control remote Speedlights in the same way using Nikon’s creative lighting system, so there really is nothing to separate them in handling terms. The picture quality from both bodies when using the same lens is very, very similar too. The only real difference to consider with the camera bodies are with the sensor size. Yes, the Nikon D700 is a bit heavier, but not much. Is it worth £615 more than the D300? I’m not sure it is unless you need the amazing high ISO capability of the D700, then it’s worth every penny. 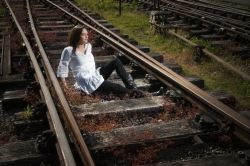 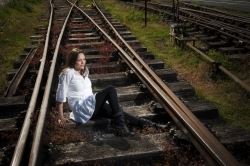 Nikon make such an extensive range of lenses that for all but the most extreme focal lengths cover both the DX and FX systems. There may be some advantage of a smaller sensor when shooting wildlife as it may mean you have to carry less focal length to get the same magnification in your pictures. Others argue that the extra sensitivity of the larger sensor of the D700 means you don’t need as big a maximum aperture on your lenses to get the shot. It’s horses for courses and I expect your decision to go FX or DX may well be influenced by the lenses you already own.

Are the picture differences between the two camera and lens combos significant? Yes, I much prefer the look created by the Nikon D700 and the 24-70mm lens. The Nikon D300 can get close with it’s 17-55mm lens but the Nikon D700 pictures sparkle with clarity and quality straight from the camera. The lens is the biggest factor here and the wonderful Nikkor 24-70mm f/2.8 optic sets a benchmark that the 17-55mm f/2.8 lens doesn’t quite manage to reach. You can easily see why Nikon can charge £170 more for the similar specification lens. The Nikon D700 images shot with the 24mm – 70mm lens are a joy to post produce and if like me, you shoot a lot of frames, you will not regret investing the extra money in Nikon’s FX system. If you need a fast standard zoom lens and around a 12megapixel output, the Nikon D700 with the 24-70mm f/2.8 lens sets the standard.