I’m all for stripping photography back to its basics. Achieving a technically well balanced image that allows you to "tinker" with it afterwards has always been my goal, going right back to a well exposed and processed film that let me create a good, final image in the darkroom. Well, the philosophy is still the same even though the workflow is a bit different these days. With my own photography students, I often compare the analogue and digital systems and get them to try to achieve a good image capture that allows for some post-production of the image. It is not always the case that a photographer will want to vary the image too much and an image is often better for not having excess work done on it. 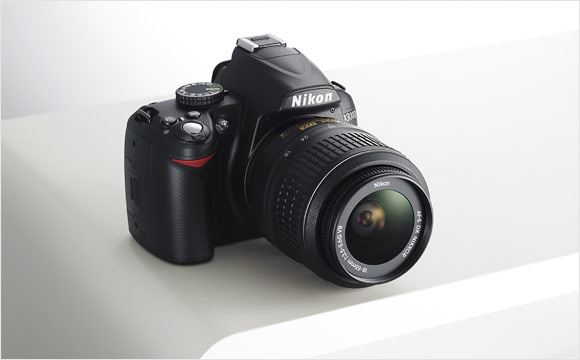 I know from experience that coming to a new camera, especially some of the newer DSLR’s on the market can be more than a daunting prospect; buttons, dials and gizmo’s on every conceivable surface of the camera body! Some manufacturers address this issue better than others and here with the Nikon D3000 digital SLR the photographer has the ability to be 'guided' through the taking of an image that can give very satisfying end results - even allowing for a bit of in-camera post-production along the way.

The Nikon D3000 was introduced to replace the D60 and comes in below the more costly D5000 with 'extra' features. The D3000 is aimed at newcomers to the DSLR world and sets out to make the experience as painless as possible. The most obvious and helpful means of the D3000 doing this is by means of a program known as Guide. With this program, the photographer can follow a series of step-by-step instructions that will led them through the necessary procedures to capture an image with a satisfactory end result. 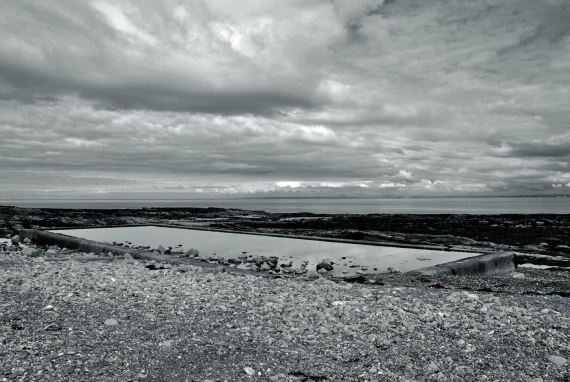 The photographer can read the information via the rear 3" LCD screen and follow the suggested steps. Not to dumb things down too much, you can chose to use the Guide mode in one of two ways, Easy or Advanced. The latter will allow for that little bit more creativity and you can learn how to take images where, for instance, the motion in the image can be frozen or perhaps the background may be blurred or 'softened'.

Any such control over an image allows the photographer to add their own creative touch or interpretation to their subject matter. I put myself in the position of coming to this camera as a novice and found the Guide mode user friendly and fairly easy to follow; it’s a bit like carrying around a mini ‘How-To’ book of photography. Photography can be unnecessarily intimidating!

Other modes accessible via the on-top camera dial also allow and help the photographer to gain excellent creative photographs. These modes include Portrait, Child, Sports and Night Portrait. With the camera in Child mode, the Nikon D3000 digital SLR will render the clothing in vivid colours but keep the skin tones of the subject natural and soft. In Sports mode, the Nikon D3000 will select fast shutter speeds to help freeze the motion and make your images dynamic and crisp. And in Night Portrait mode the camera will allow you to bring a balance between the main subject and the background where images may be taken in low light conditions. Shooting in any of these modes will allow you to come away with a well-captured and pleasing image.

Given that the photographer using this Nikon D3000 is on a learning curve, it is now safe to talk a little more about some of the other features of this impressively feature-packed camera. First up is the 10.2 million pixel capture using a CCD sensor that gives excellent, crisp results. The file format allows you to capture in RAW, JPEG or RAW and JPEG together. For those of you not too sure what all this means, basically shooting in RAW file format means there will be no compression or 'squashing' of the image capture information. JPEG will carry out a limited amount of compression allowing more images to be stored on you memory card, and shooting in both file formats will give you the best of both file-format worlds. The images I shot here were taken in JPEG format, as I always think it is a good test of a camera’s abilities to see what images are like when captured in this file type. As you can see the images are clean, crisp and sharp.

The Nikon D3000 digital SLR has a sophisticated 11 point auto focus system; its predecessor, the Nikon D60 making do with what now seems a measly 3 point system. This breadth of focus area ability is more like that which you find in top-level Digital SLR’s. The Nikon D3000 will allow you to chose more specifically how to use this system, as a single point of focus, dynamic area, auto-area and a 3D tracking area. With something like the single point focus, you can really control accurately what it is you want to draw attention to in your image. Of course, this will be a purely creative decision by the photographer and will additionally depend on other camera setting variables - most importantly, your chosen depth of field or aperture setting; how much of your image you want to be in focus and how much light you have to work with. For the fairly standard landscapes I chose to shoot here, I used the auto focus on the Nikon D3000 in 3D tracking mode. You can 'lock' your chosen focus point by depressing the shutter release button halfway. This is useful to ensure that your focus point doesn't jump out when you are perhaps still composing your image. However, with the Nikon D3000 you already have 11 points of focus in auto, so you shouldn't need to use the focus lock too much anyway. 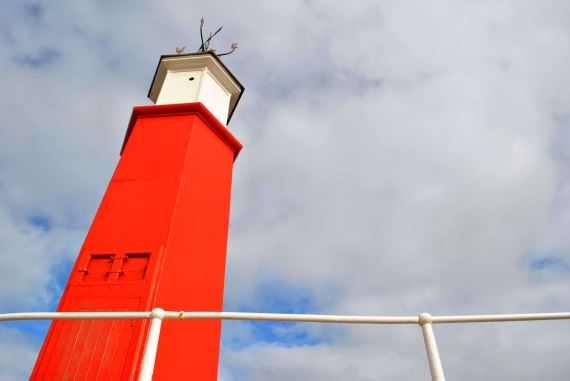 The Nikon D3000 digital SLR has a 420-pixel RGB sensor TTL (Through-The-Lens) metering system that can be used in a number of ways: Matrix, Spot, and Centre-Weighted. Spot metering can be used in certain 'critical' lighting conditions where your main image subject or focus is of paramount importance and the surrounding area or content of your chosen image is less important. Of course, as you grow in knowledge and confidence as a photographer you will be able to employ techniques such as fill-in flash to allow for such photographic situations as strong back lighting. The centre weighted metering system is similar in concept in that it allows for accurate exposure in your image of the subject matter located, obviously, towards the middle of your composed image. The camera exposure control can of course be used in auto mode or in conjunction with its other shooting modes which will dictate what method of exposure control is used, such as landscape, sports, close-up or night photography. If and when you feel you need or want to control your exposure to a critical degree, you can do so using the exposure compensation control where you may alter the exposure in increments of + or – 5. Fiddly, but useful in certain circumstances!

I used the Matrix exposure method, which is best suited to landscape image capture as it gives a general, well-balanced, good average exposure for the image. This is useful when you have a fairly wide exposure range, often found when you are taking a landscape photograph. Also, if the available light itself is changing quickly, say with clouds scudding across a sky on a windy day, then using the Nikon D3000 in this exposure mode will allow you to capture an image that is acceptable in terms of exposure latitude.
The Nikon D3000 also has an active D-lighting capability which can be switched On or Off. When On, it allows you to preserve more highlight and shadow detail which can also be useful in conditions where the light may have large variables, particularly in a situation like a sunny day where you may have 'heavy' shade conditions on certain subjects - say when shooting a building or a portrait. 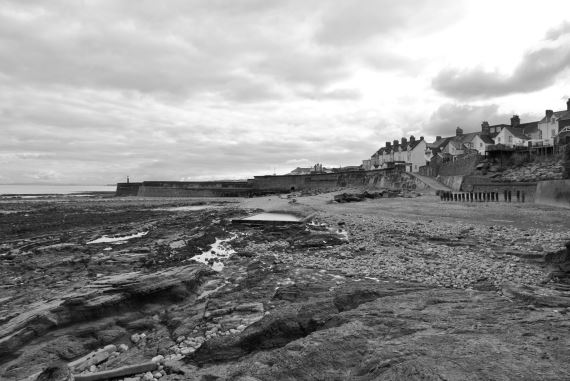 The Nikon D3000 has a shutter release that can operate from 1/4000 sec to 30 seconds. So, if you plan to shoot sports for example, the D3000 will give you more than enough capability to capture sharp photographs of frozen action. Other shutter release options may also be used, including 'bulb' or open release where you can keep the shutter released for whatever length of time you wish; particularly helpful if you are shooting night-time images where exposure times may be very long. You can also avail of the self timer option which will allow you to release the shutter at 2, 5, 10 and 20 second durations, always useful for those family portraits situations where the photographer may actually want to be included as a family member!

The Nikon D3000 digital SLR also allows you to carry out a certain amount of on-board picture editing which is a nice little feature. Me, I still refer to my Mac for my image editing and optimum control, but with the Nikon D3000 you can still tweak your image quite happily; convert it to black and white or a toned version of this, sepia etc…; alter what in essence is the overall colour balance of your image, or give it the soft focused look. All of these ‘tweakings’ can be controlled to a greater or lesser extent. I have to say, the more extreme version of the soft focused facility in the D3000’s editing system reminded me of some overly evocative 1970’s Sam Haskins images that I used to try to ape as a student; I thought I’d got this out of my system a long time ago, but I just had to try using it on some of the images I took using the D3000 just for old times sake! A bit corny, but I suppose these have their place and each to their own anyway, creatively speaking.

Using the 18-55mm Vibration Reduction lens, supplied as a kit with the D3000, was perfectly suitable for the purpose of trying this camera out; a decent focal length to cover a good average range of subjects. I’ve always used Nikon lenses and have never been disappointed in the results they give and this lens is no exception. Sharp, responsive and of perfect optical quality. The detail in the photograph here of the weathered wood with a few pebbles is excellent, as too is the aged nut and bolt. They illustrate well the lenses capability to render pin-sharp detail. 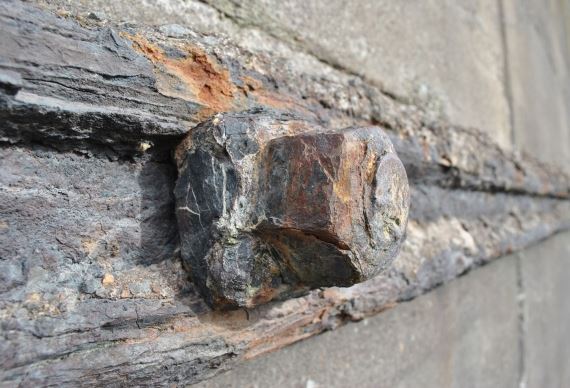 Overall I found the Nikon D3000 to be a great camera for its cost. The build quality and functionality seem way above where it is meant to be punching its weight, and creating your images with the Nikon D3000 is not Photography for Dummies at all. Sure, if you want a camera that will take away some of the hassle of getting it all right in order to capture a great image, then the D3000 will allow you to do this; it will give you that helping hand. But, equally so, there is more than enough in this camera to keep even the experienced photographer happy and fiddling about with controls in order to create their perfect image.

Note: All the images were taken in and around historic Watchet Harbour in Somerset.