It was only a month ago that I had the Canon G12 to visit and I was reminded of the attractions of that mid-size/mid-life crisis staple – the 'bridge camera'. It's a category that's had a real renaissance over the last couple of years. Now the new Nikon P7000 has come for a stay, and to be honest it looks so similar to the G12 that I might never have noticed if someone had swapped them over in the night. The two are deadly, direct competitors and inevitably this review makes a lot of comparisons.

Apparently the P stands for Performance. To Nikon this means two bridge camera strands; a superzoom selection and their enthusiast line. The P7000 is firmly in the second camp, although its healthy 7x lens would still attract admiring glances. 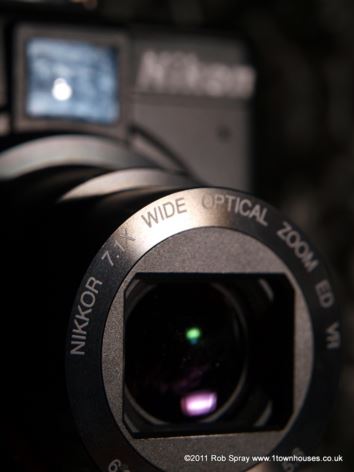 The latest generation of enthusiast compacts are all about the lens

While Canon now rolls out a new G Series every year, Nikon are more sparing and this is their first enthusiast bridge camera to follow the latest trend for fewer better pixels. The P7000 has a 10 Megapixel sensor – right on the current fashion and matching the G12 and Panasonic LX5 which are its main competition in a shopping list show down. After choosing to wear the G12's clothes the P7000 needs to carve its own groove and it does try. Nikon seems to have taken the view that as one of the chasing pack that they should try hard. In the past that has meant they've thrown in a lot of odd extras but this time round the P7000 is a very solidly spec'd camera – no novelty acts here. On paper it's a bit like a G12 with the volume turned up slightly. 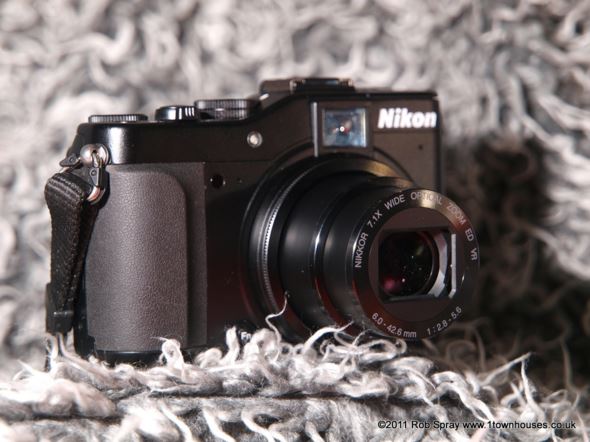 Nikon have a great digital track record, in particular the early Coolpix line had a devoted following for its unique, twisty, turny, articulated models. If the P7000 has problems the most obvious is that there's very little unique about its appearance. If you blend in with the crowd it's very hard to stand out. So for the buyer, where's the P7000's niche?

Previous P Series models often carried unusual features but there's no GPS, Ethernet or built in wi-fi here. I guess those novelties didn't pay off in the past to differentiate the range from its rivals. In their place there's a full roster of all rounder features with a little icing on top.

The lens leads the way. Where the LX5 and G12 offer 3.8x and 5x optics respectively the P7000 trumps them easily with a 7x unit. It's not as wide or bright as the LX5 but matches the G12 from the start and adds a useful chunk of reach on top. The long end reaches the equivalent of 200mm (60mm more than the G12's 140mm). This isn't a wildlife lens but it can reach across a room for a portrait and keep animals at arm's length – a very worthwhile plus. 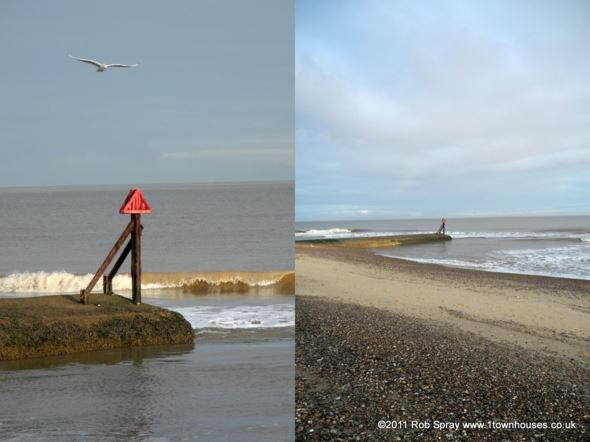 The lens dimensions really don't hint at anything out of the ordinary. You'd never guess it had such an advantage over the G series rival. Of course it has an image stabiliser but I didn't feel it was the best I've tried and unusually I couldn't even find a way to turn it off. This may have contributed to what felt like quite ordinary battery life (but I was testing an Eye-Fi card and none of the cameras involved shone during this). Under normal circumstances its official rating of 350 is nothing to be ashamed of.

Another strength is video recording. It's 720P like the competition - aside from the Panasonic LX5 which runs to 1080P. Unlike the G12 it sports a mic socket for decent sound and will zoom and focus as you shoot. However the rattly strap rings are a bit of a video faux pas. I'm really not a fan of compact camera movies but it's not bad. The .mov wrapped H264 files it records munch through roughly 1GB of memory every 15 minutes (giving a handy 2hours on a 8GB card).

The camera menu system appears, and is, limited, but easy to follow by virtue of being very short. There's a useful selection of standard stuff in there, but unlike many cameras which double up the P7000 only has a single route to many controls. For a while I found it confusing; unlike almost every camera I've ever tried, there's no shooting menu as such. In fact the left hand top shortcut dial serves that purpose and features the mechanical 'memory' that keeps your last choice ready to go. It's no faster than a menu but is more convenient. The other dials are more conventional, and better machined than Canon's, I liked the thumb friendly position of the exposure compensation dial. 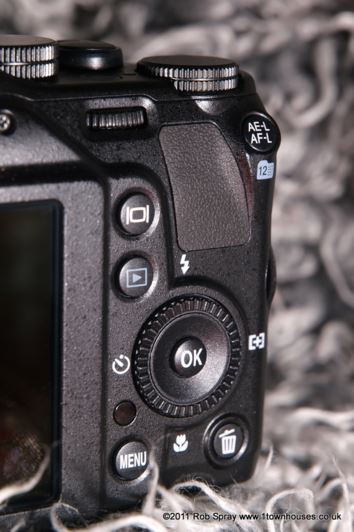 Overall I liked this layout a whole lot more than I enjoyed the dial fest on top of the G12. Both are vying flat out to nurture as much creativity as possible and each has nearly 20 direct controls - aim to handle one and see which suits you. The Nikon isn't without its foibles, the AEL/AFL button on the righthand corner is a magnet for accidental grabbing and the enigmatic Fn button on the front for temporary changes is a button too far as the the well placed Av/Tv button can also be programmed - having the electronic level on this one was handy.

I've seen a few online reviews where the camera takes some flak for sluggish controls but I didn't find it annoying for the considered shooting it invited. It's not slick as an SLD or SLR but on a rough par with the G12 while snapping. The menus are a little slow and there's a definite hint of a config saving pause coming out of the menu system. RAW handling is also slower than the G12 or LX5 – you're locked out of shooting for 30s after a burst of 5. To give the new boy his dues focus is often very fast for a compact.

Don't worry be happy... when I say cheese!

Being old and grumpy nothing gets my goat like flakey novelty features. So I was ready to rage but utterly disarmed when the smile timer actually worked. I enjoyed shouting upsetting abuse at my subjects until I was ready and then cheering them up :-) The P7000 is low on other surprises, the responsive spirit level is a nice touch but only mildly unusual.

Low light shooting is a key confrontation for the the new breed of bridge camera and the P7000 makes a good fist of night photography but narrowly trails its compact rivals. Like them there's some clever juggling with noise and detail as soon as you move above base ISO. 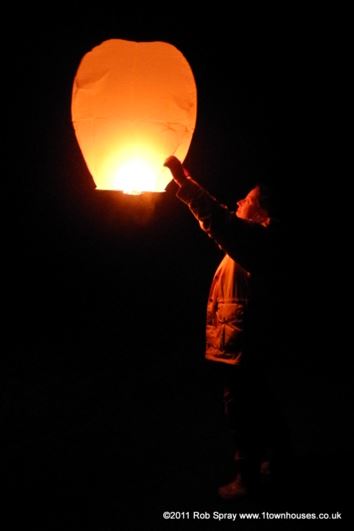 Focus is a strong point, even in the dark

I didn't take to the default JPEG settings but they're nicely neutral for home developers. Nikon throws in tweaking for the contrast, saturation and sharpness settings – which is worth exploring. One caution I would offer is that the compression on the 'basic' setting is brutal – avoid it! Where the P7000 does excel is with a great range of RAW playback options, most importantly post shoot processing. You can re-render from here using most of the shooting options with a half decent preview on the sharp screen too.

This Nikon is nicely put together but doesn't make a show of it. I finally decided that the body has half metal construction with a cast alloy front but its hard to tell. It's still about a third lighter than the G12 and I preferred the feel and handling. The slimmer, wider, taller body seemed to suit my smallish hands and slides into pockets pretty well - but it's not small. It's about the size of an Olympus Pen body – of course the built in lens saves the external bulk of an interchangeable one. An interesting side effect of my concurrent look at the Eye-fi card was discovering that whatever metal content it has seems to give better wi-fi transmission than the distinctly armoured Olympus Pens that I also tried it with. 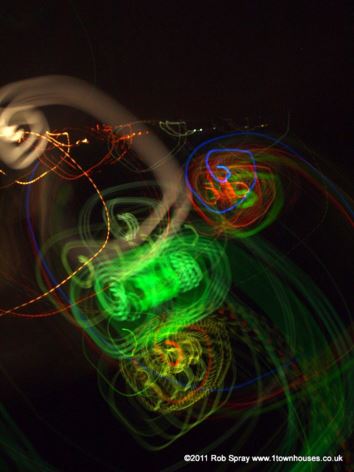 Manual mode means you can play whenever the mood takes you

The controls are pretty well weighted which prevents too many accidental changes and even stops the cursor pad dial causing the usual misery. Who likes these? I've never felt they add much as they need a practised touch that buttons and dedicated dials don't need. The weakest control was the slightly creaky shutter button – well, my example was box fresh.

While the G12's appeal was all about its flip 'n' twist screen the P7000's 3” panel is bigger but oh so static. To turn the tide it's a crisp VGA res (921,000 dots = 640x480x3) unit and does look good. The optical viewfinder is a boon on a bright day but very small and the coverage is so conservative that framing through it is something of a lottery. 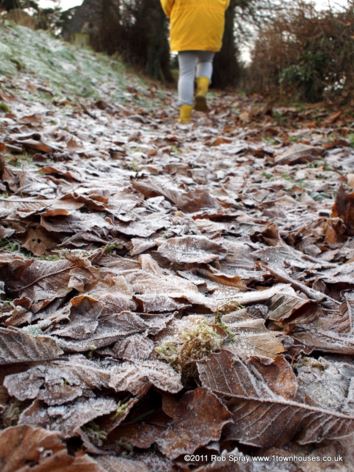 The fixed screen is no obstacle to getting down

The flash gains a little useful height by popping-up, and is less inclined to cast a lens shadow close up than the fixed item on the G12. It also escapes being covered by stray fingers – but that's partly because there's precious little room on the left to grip it anyway – less than the G12 where your right hand still does all the work. There's no manual flash power option but you do get a full fat Speedlight hotshoe for grown up lighting.

There's plenty to like about the P7000 as a straight shooting enthusiast compact. Much to my surprise I found myself bonding with it. Confounding a few online reviews I preferred its handling to the G12's, but just like them I give a clear nod to the Canon on image quality. That isn't damning by any means, both take a good photo.

Like the G12, it's a camera caught in a tight spot between some very able smaller compacts and some barely larger interchangeable lens models. You'd choose this for pocketable control, it's not the smallest camera and hasn't the very best pictures but is a shooter's friend.

Overall score: 7.5 - A solid performer that's good to use