Natural light is all the rage these days but that doesn't change the fact that sometimes you need more light than you have. Ambient light is great but it's very... ambient. Whether it's to add some fill in, open up a dark corner, or freeze action, a flash can add an extra dimension to your shooting.

Although most cameras these days have a built in flash there are plenty of advantages to adding an external unit. Built-in flashes tend to be very small, very close to the centre line of the lens and fixed in position. External units are much more powerful which allows you to light larger scenes and more distant objects. More light will also mean you can use lower ISO settings and smaller apertures if you want to. Once your flash is away from the lens centre line you'll stop suffering from red eye, cease producing prison line-up portraits and eliminate the close up shadows of many lenses. A bounce flash can help you get creative by diffusing your lighting or bringing it in from a different angle. With the option to control flashes wirelessly becoming more common your options are increasing all the time. 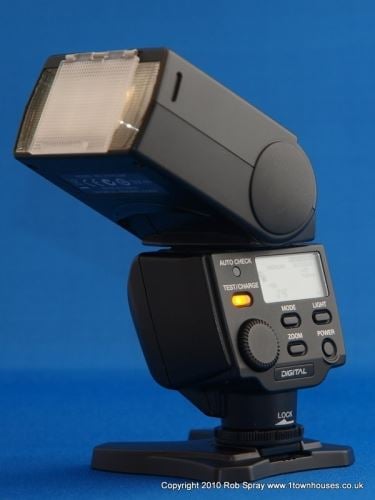 I work a lot underwater where ambient light is at a real premium and the other real beauty of flash light comes to the fore – its constant white balance. So there's a lot to be said for packing heat, wherever you take your camera.

If I had to draw a flash it would look like the Olympus FL-36R wireless flash... folds in the middle, black, stands on top of camera – check, check, check. The FL-36 sits in the middle of the range, above the FL-14 and FL-20 but below the FL-50. It's the go-to flash for normal E-Series people, or any Olympus or Panasonic digital folk who have a hot shoe. 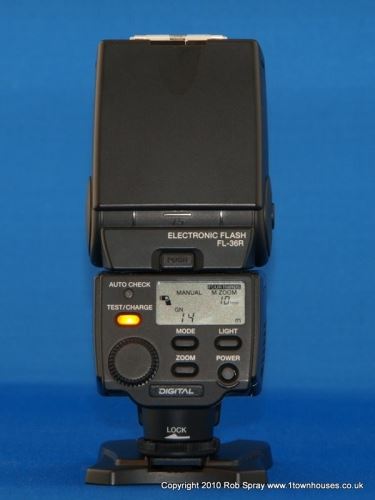 The straight-forward-controls are all on the rear panel

This is a zoom headed flash so it can vary its coverage, either automatically to match your lens setting or manually for effect. With the flash mounted on the top of the camera and pointed ahead, the automatic setting makes sense, but as soon as you tilt it up to bounce the beam or take it off to use it wireless its worth pausing for a moment to think about it. The flash has a zoom range to match lens settings from 12-42mm - a good match for a standard zoom. If you have a longer lens you are just using part of the firing area. There's a pull out diffuser to spread the coverage out to 8mm.

N.B. The lens equivalence factor for Olympus is 2, so lengths are doubled for 35mm film fans.

The model name refers to the guide number (power rating) of 36 metres at maximum zoom (42mm). That's not bad but falls to 20 metres at its widest setting (12mm). Adding the diffuser cuts the range back again, but if you're shooting with an 8mm lens then you'd be probably be closing in on your subject... if you want to light Buckingham Palace from the gate look elsewhere. In practice this means the FL-36 packs around 9x the coverage of the built in flash of a large SLR (E-3 guide number 13) zoomed in, and around 3x when zoomed out. Compared with the weenie flash on something like a Lumix LX3 (guide number around 6) the figures are roughly 36x and 9x respectively. 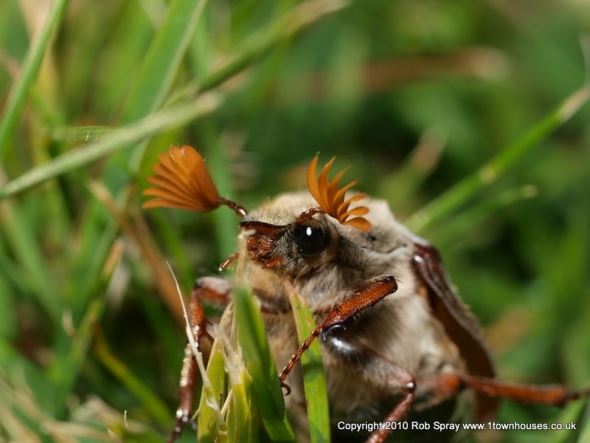 As well as tilting to bouncing off ceilings, the head also swivels 270 degrees so you can bring walls into play to avoid ghoulish top light or the colour cast from nicotine coated pub Artex. You can even fire backwards which I guess could be handy... hmmm. You can also bob the head down just below horizontal for macro shots.

The Olympus FL-36 was my first flash with controls and with TTL... most generic flashes were either totally manual or 'Auto' which meant they used their own sensor to suit a manually set camera. The FL-36 can do all that but is properly dedicated so the camera can control the power of the flash through the lens (TTL). This means the flash can use whatever exposure scheme you have chosen and any adjustments you have applied to get just the look you want. In fact most on board flash is TTL these days one way or another so it's not black magic and good TTL makes macro exposure a piece of cake. 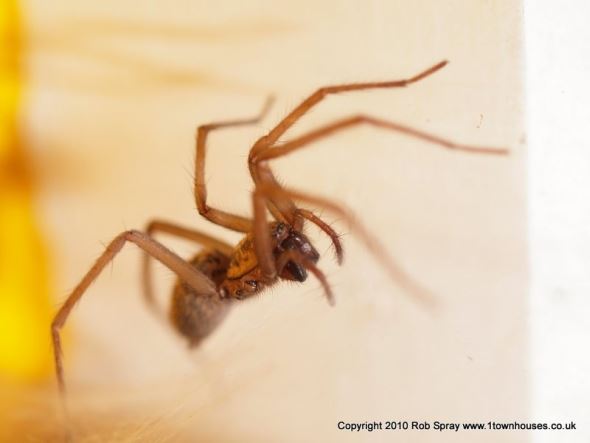 Wireless flash is great for macro & easy to hand hold

Ironically, while only cameras with a hot shoe can run the flash, most of the newer ones don't need to actually have it mounted, since it supports Olympus' wireless remote control protocol. When the 'R' was added to the FL-36 I wasn't sure whether I'd ever use it, but it has been a revelation. It's particularly easy to use handheld for macro and the little hot shoe stand has seen plenty of use too. The stand also has a standard tripod screw if you want to do something adventurous, but happily perches on any flat surface. The remote sensor also does double duty as a conventional slave trigger too.

Because it can be used wirelessly, you can even hide the flash within the scene, e.g. to provide spot lighting for a subject in front of night lit scenery. That sounds tricky but it's as easy as setting a long shutter for the background and then just spot metering off your foreground victim... "Simples", as that annoying meerkat would say. Then there's the option to configure the flash remotely too, a pleasant experience as while the flash only has buttons and a dial, the camera has a proper menu system. This makes life easier – all the more so when you're setting more than one flash, as you might be in a studio or underwater. Particularly neat for balancing flash power amongst a mix of manual and TTL flashes.

Sidebar – get ready for remote

Setting your camera for wireless flash is as simple as entering the menu and setting RC to 'ON' – it's very near the top of the list on all the cameras I've used. Remember to turn it off when you've done - otherwise the built-in flash will appear very weak as it tries to signal to a flash which isn't there. 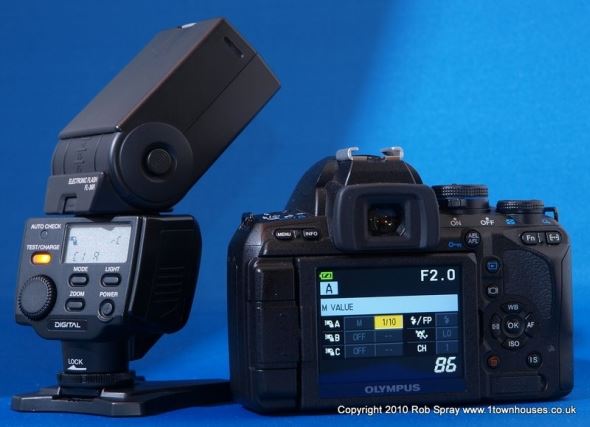 Setting the flash is even simpler. Just press the Mode button until 'Cl' and 'rC' show. The letter after Cl shows which of the three channels the unit is set for – usually 'A' for a single flash.

What the Olympus FL-36R excels at is precise lighting and control. Off camera you can be even more precise with your placement but the unit works just as well when you slide it onto the hot shoe. It has a built in focus assistance LED which helps in dark conditions. 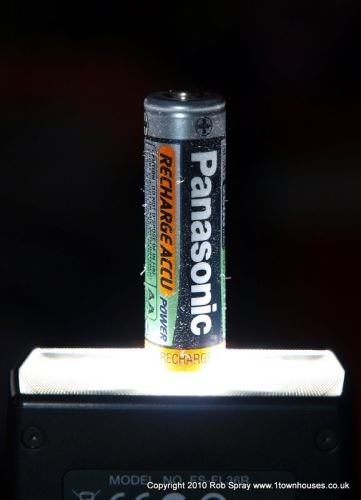 Working wirelessly you can take advantage of TTL really close up

The FL-36R wireless flash can support shutter speeds up to 1/8000th just in case you need to freeze insect wings or raindrops. The way the flash fires at these speeds cuts the power available as the shutter speed increases. The more everyday use of high speed flash is to fill in outdoor shadows, particularly for portraits. This also helps to retain blue skies on bright days rather than a white out around your subject's face, the flash adds its light to your model. A faster shutter is used to cut down the ambient light to a level that the flash can compete with.

The Achilles heel of the Olympus FL-36R wireless flash is its power supply and the limitations that imposes. It runs off a pair of AA batteries and while that doesn't limit power output, they can't match the number of discharges a bigger bank could and they tire sooner. Recycling time is pretty good to start with and the flash will normally be able to fire again at full power straight away. The key bit of recharge maths is that one full firing = two halves = four quarters etc. so if you aren't working flat out recovery is much, much faster. This is never more true than when you're shooting macro. Working close up and using TTL recovery is almost instant for the first few hundred shots if you're just dotting around firing two or three shots off at a time. Where the 36 suffers is if you are shooting wide angle or at distance where it's firing hard and often... then that pair of batteries takes a pasting. It's not fair to expect miracles from just two cells but if you're after rapid recovery under heavy fire you'd be best looking somewhere else, up to something like the Olympus FL-50 which holds four AAs and can be run with an external high voltage power pack. 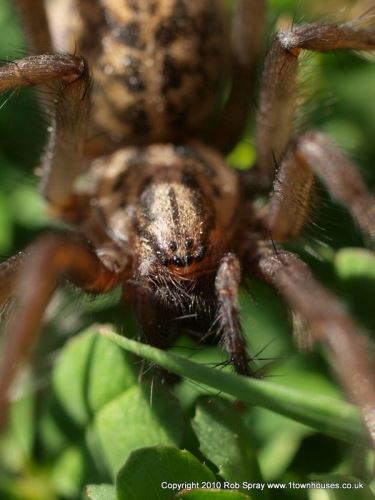 The Olympus FL-36R is hot shoe compatible with all digital Olympus and Panasonic cameras (both SLRs and compacts). Panasonic don't include remote control but all E-Series Olympus SLRs from the E-420 have it, and so do the large compact cameras since the SP-560. The new Micro Four Thirds E-PL1 does too, but the E-P1 and 2 don't, as with no internal flash they can't signal. One FL-36R can't act as a master to control others – at least not at the moment.

The FL-36R is an upgrade of the plain old 36 to add remote and slave control. As such it's as hardy and tightly finished as its predecessor. I've used them most underwater where they take a beating - used until they're flat with zero cooling and no mercy. I've used the 36s for five years now and they just work – so I've no problem endorsing their toughness. To further emphasise the basic soundness of design the UFL-2 underwater flash is a straight repackaging of the FL-36R. 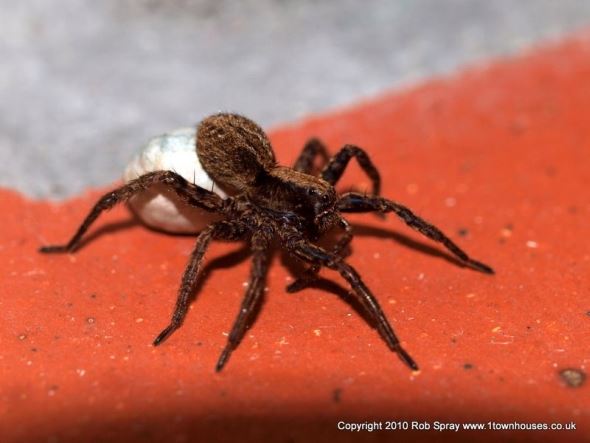 Maybe I spend too much time chasing spiders

If you're an Olympus or Panasonic user without a flash I think this is the place to start. You can try everything with this flash and it's not too heavy to carry with you. I guess the only folk who might think first are E-P1 and 2 owners who want to stay retro coordinated with the FL-14, or light travellers as the FL-20 is even lighter than that. The 36R is an all rounder that's not limiting.