The smallest member of the OM-D family gets an upgrade in the form of the E-M10 Mark II, but what exactly is new? We outline the key improvements.

One of the things we love best about the Olympus OM-D system is, of course, the stylish classic design, and the E-M10 II continues in that fine tradition. The original E-M10 was the ‘take-everywhere’ version of its heavier cousins, and its successor also boasts a lightweight build that makes it easy to travel with and a pleasure to use. Control-wise, the E-M10 II adds an extra function button, making a total of three.

The new camera sports an improved dial configuration putting the mode dial on the right-hand side along with the control dials. Shifting the mode dial over has made the camera feel a lot more balanced and puts all of the key controls in exactly the right places. Comparing it to the previous camera, its also noticeably heavier but this is a good thing and helps make the E-M10 II a really well balanced and comfortable camera to shoot with. 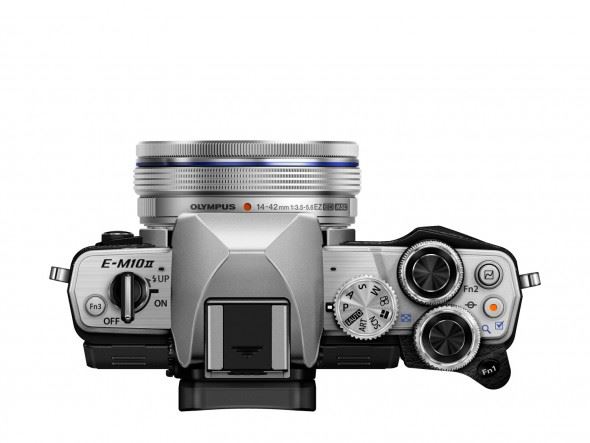 One of the frustrating aspects of the E-M10 was that it only came packing 3-axis image stabilisation, a pale imitation of the 5-axis stabilisation system enjoyed by the bigger boys. The E-M10 II rectifies this, importing the 5-axis system from the E-M5. Olympus claims this system will virtually eliminate blur caused by camera shake in virtually any difficult shooting situation, whether it’s low light or handheld telephoto. Having used the other cameras in the OM-D family we’re inclined to agree, and are pleased to see the E-M10 II getting this upgrade.

Elsewhere, we’ve got improved focus peaking that brings the new model in line with the E-M5 Mark II, as well as a silent shooting mode that uses the electronic shutter and can shoot at speeds up to 1/1600sec. There’s a slight shooting speed upgrade – where the E-M10 could shoot at a maximum of 8fps, the E-M10 II bumps it to 8.5fps. A selection of creative Art Filters (14 in total) allows users to add a creative touch to their images.

Also new to the table is a Focus Bracketing/Stacking feature, which Olympus recommends users support with software like Heliopan or Adobe Photoshop. 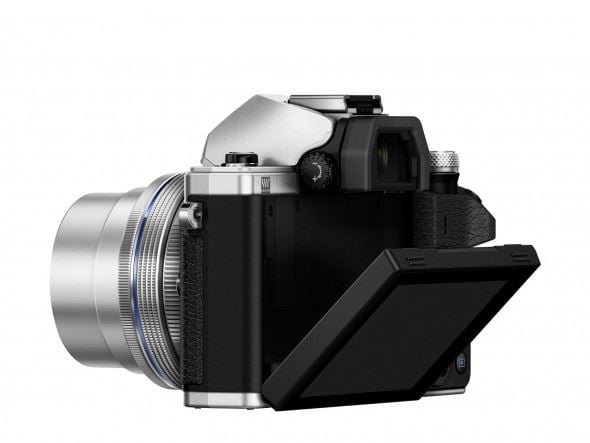 The E-M10 II sports a new OLED viewfinder that users of the E-M5 will recognise. It’s a large, high-speed OLED unit, boasting 2,360,000 dots of resolution, replacing the LCD version on the original E-M10 – the premium OM-D cameras have always come packing top-quality viewfinders so this is very welcome news. There’s also a new Simulated Optical Viewfinder, or S-OVF, which is designed to help with shooting backlit subjects.

On the rear tilting LCD screen there’s a new AF Targeting feature – simply tap the screen twice whilst looking through the viewfinder and you’ll activate it. Then you can select the AF area by tracing your thumb along the back of the screen. It’s smooth and responsive and a lot less fiddly than using the buttons or having to go into a menu to change the position of the AF area.

While the E-M10 was fully equipped with Wi-Fi for connecting to a phone or tablet, the E-M10 II now comes with a new Live Composite functionality in Aperture Priority mode.

Olympus has also made some nice advancements on the timelapse capabilities of the new camera. Functionality has been improved, with a new Interval Menu showing start and interval times, and there’s also an intriguing new 4K option. 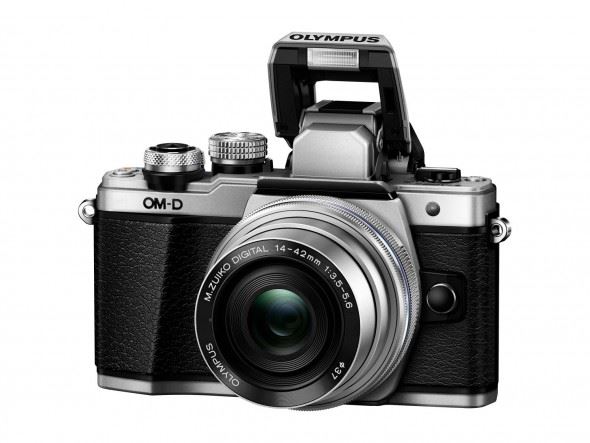 The E-M10 Mark II is by no means a radical overhaul, but it brings the smaller E-M10 model more in line with its bigger brothers feature-wise, while retaining the lightweight, although slightly larger build, and this is plenty to be excited about. We’re especially pleased to see 5-axis image stabilisation make its way onto the new model, and borrowing the viewfinder from the E-M1 was an excellent move on Olympus’ part. Given the enormous range of Micro Four Thirds lenses available to OM-D users as well, the E-M10 II has some serious potential for expanding creativity.

While the original E-M10 was a good value OM-D model for beginners and enthusiasts in its own right, we have a feeling that this upgrade could prove extremely tempting for anyone who was still waiting to be convinced. Advanced features in a compact camera sporting a beautiful retro design, what more could you want?