We got our hands on a sample of the new Olympus OM-D E-M5 II. Check out our video of the new camera and scroll down to read out hands-on review. 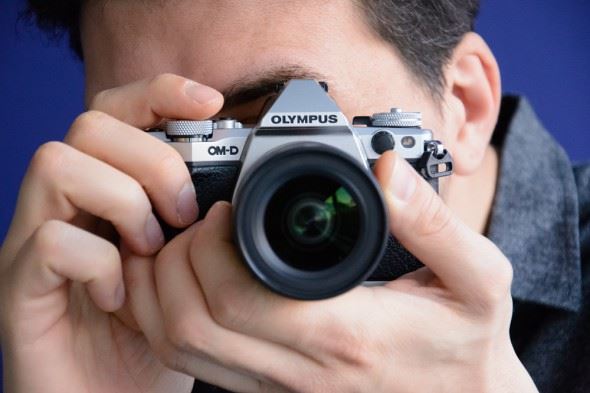 The following is based on a pre-production sample of the Olympus OM-D E-M5 II, rather than a model running the same firmware that will be made publicly available. For this reason, we cannot publish any images taken with the camera, nor can we draw any definite conclusions as to the camera’s image quality or performance. Want to see what’s new? Click here.

The Olympus OM-D E-M5 proved to be a successful camera for Olympus, so it’s understandable that the core of its successor remains very similar. What’s welcome to see, however, is that Olympus hasn’t simply thrown in a handful of new Art Filters to justify the new model’s release. Instead, it’s worked on improving things across the board, from the external controls and ergonomics to the camera’s stills and video functionality. 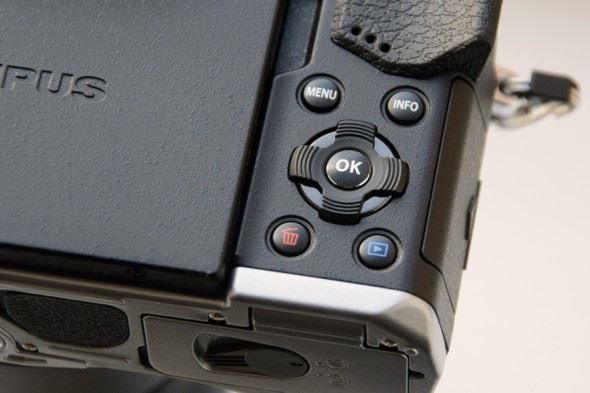 To the eye, the new camera may appear similar to the one it replaces, although many changes have been made throughout the controls on the top, back and front plates. The repositioning of the power control from the back to the top plate and the flatter design of the menu pad dial – both of which are clearly influenced by the OM-D E-M1 – make the camera faster and nicer to use, while the OM-D EM-5’s awkwardly recessed Playback and Fn1 buttons have, thankfully, also been moved and restyled. 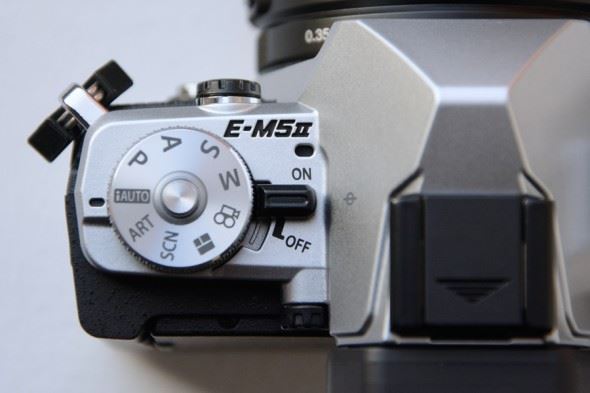 The redesigned command dials are marginally easier to grip than before and both have good torque, while the revised thumb pad on the rear means that the camera sits more securely in the hand. Controls are within easy reach of either thumb or index finger and it’s also welcome to discover that, like on the OM-D E-M1, the use of the locking button in the mode dial is optional; you don’t need to hold it down to release the dial as on some other models. 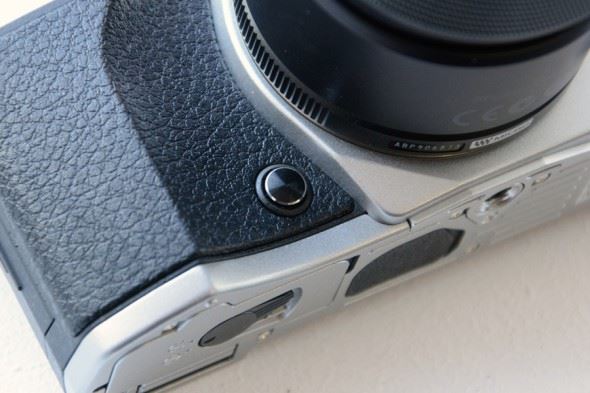 The abundance of function controls and the high level of their customisation means that you can make the OM-D E-M5 II very much your own camera – precisely what the likely user of such a camera would appreciate. Still, on such a small body it can be easy to inadvertently press the new function button on the front plate, given that the tip of your finger naturally rests next to it when the camera is held normally. 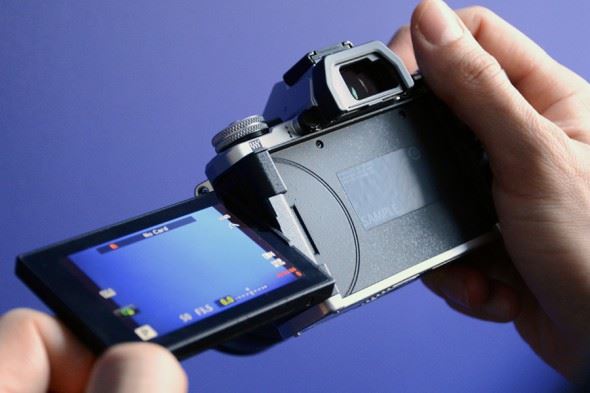 Furthermore, while the full articulation of the LCD screen scores points from the perspective of image composition and touch-screen operation, the action of pulling it away from the body via the groove at its corner is more fiddly than on its predecessor, which simply required you to grab anywhere along its base. Doing the same here rubs the top of the screen against the base of the viewfinder, something that will no doubt show after some time. Still, the fact that you can now protect the screen when it’s not in use by folding it to face the body will be appreciated by those who know how easily scratches can form here. 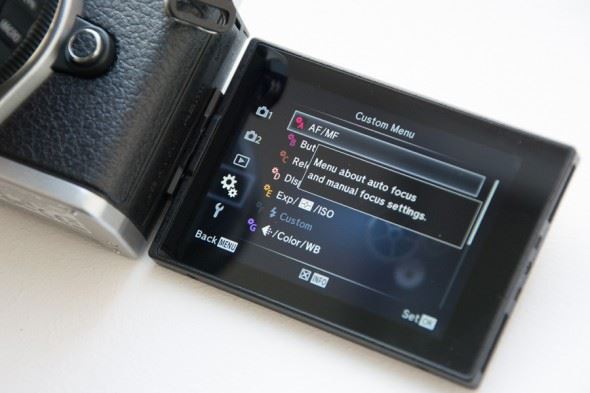 The viewfinder is large and bright while the display on the rear appears just as responsive to touch as expected. Furthermore, if you program the camera to take the image once it’s found focus you’ll find that it does so without any hesitation. The touchscreen also comes in useful when adjusting autofocus during video recording, in that you can simply tap on the desired area. Focus here changes discreetly rather than swiftly, which in turn makes for more pleasing footage.

The camera’s image-stabilisation system appears to be effective at a range of focal lengths, although we only got to test this with the Olympus M.Zuiko 12-50mm f/3.5-6.3 EZ (24-100mm equivalent). Those looking to shoot video with such an optic are likely to find the system beneficial, and it will be interesting to see whether this impressive performance is maintained when the camera is used in conjunction with even longer lenses. Naturally, this system works for stills too, and the fact that it also serves as an aid to accurate composition in both stills and video shooting shouldn’t be overlooked either. Naturally, you’ll want to use a tripod when you want to remain completely still, but for more spontaneous video capture this should help to produce more stable and professional-looking footage. 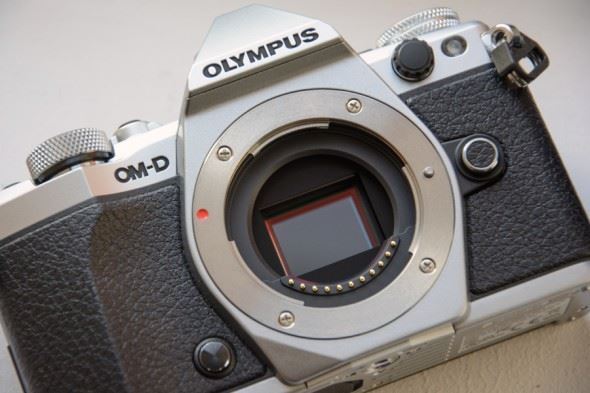 The new High Res Shot mode, which is grouped with the other drive modes, captures eight images in quick succession before blending them together. On our sample this whole process happened in a matter of seconds, although it’s possible that it will be even faster on full production models. The way in which this works rules it out for certain types of images (those containing subject movement, for example), and with Raw files measuring around 104MB alone, you probably won’t want to keep this on at all times. Still, if you shoot JPEGs on their own this will only take up around 18-19MB (depending on the information within your scene and your camera’s settings) and it’s good to know you can call upon this for tripod-based shots when you require a particularly high-resolution image. 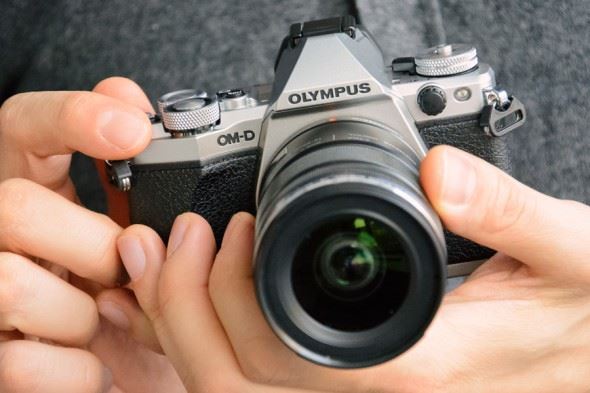 Olympus has packed a great deal of functionality into the OM-D E-M5 II’s relatively compact and lightweight body, and it’s difficult to argue with the changes it has made. The camera handles and looks better than the model it replaces, and the high degree of customisation is very welcome. While some may lament the lack of a new sensor or processor, or even 4k video, which is slowly starting to proliferate among cameras at this price point – and which would make it a more suitable competitor to the likes of the Panasonic GH4 – the strong focus on video recording and ability to output images at 40MP alone should ensure that the OM-D E-M5 II has the broadest appeal yet for a model in the OM-D family. Click here to pre-order the Olympus OM-D E-M5 II 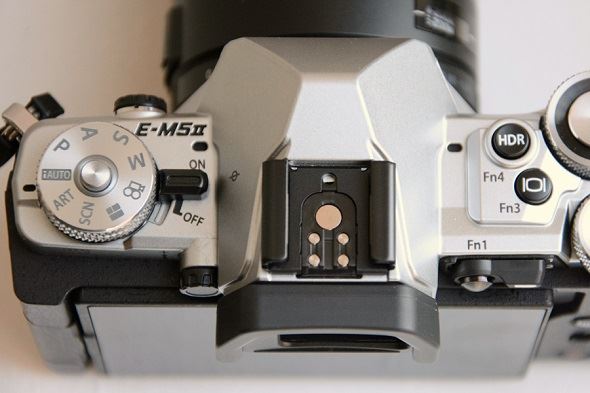 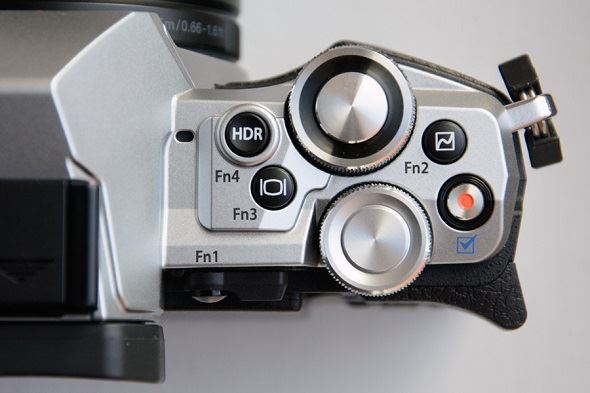 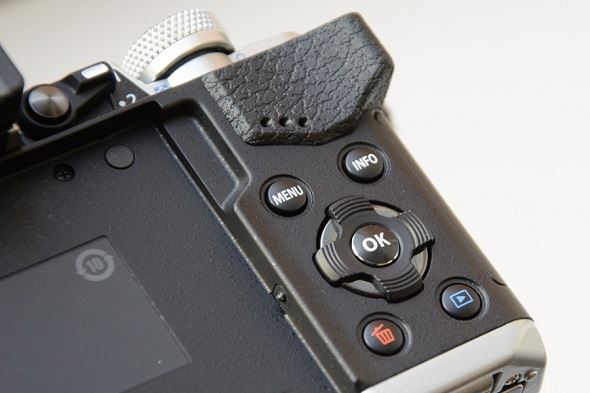 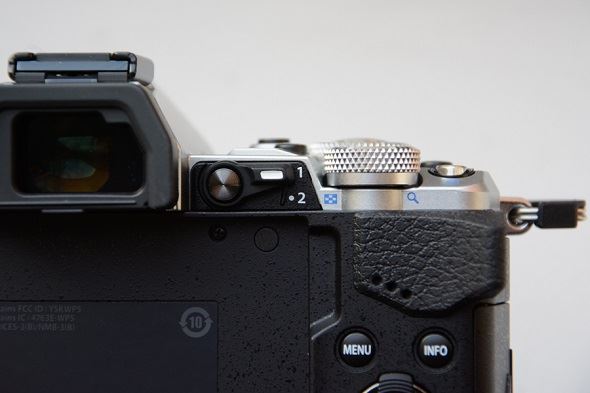 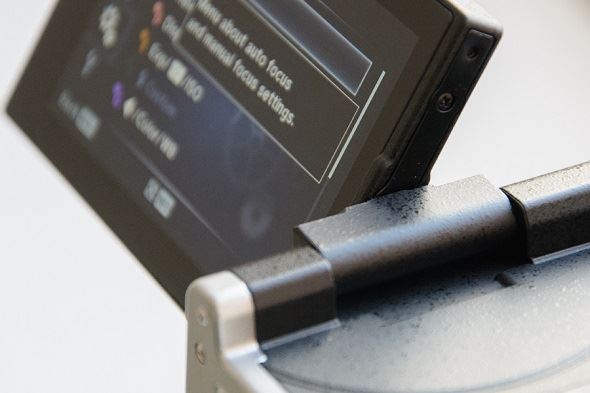 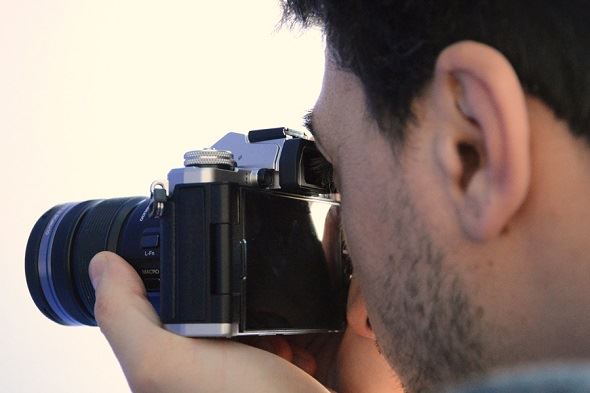