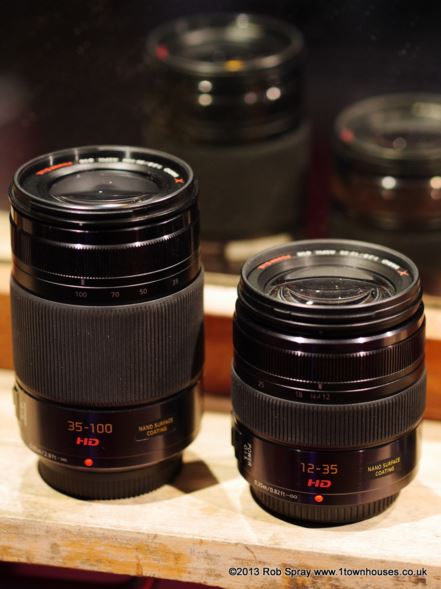 When a new camera system starts out, its parents have to make some tough decisions. Olympus and Panasonic knew they needed a decent roster of lenses as rapidly as possible and to their great credit set about that task with a vengeance. Of course you can't please everyone, how would you choose what to do first?

...but Panasonic worked the other way round. They announced a pair of mouth watering lenses ahead of their flagship GH3 body. At the mention that they were weatherproof the 2 plus 2 brigade knew the following camera would have matching environmental protection. This impressive pair of f2.8 X lenses – 12-35mm and 35-100mm – cover the olde schoole classic ranges of 24-70mm and 70-200mm in Victorian side-whisker dialect. I'm only covering the glassware here but the GH3 camera gets its own review here - lucky you!

They are part of the X range whose single defining characteristic is that they are all deemed video friendly with red HD branding. This means they have stepless aperture controls and quiet, fast focus. Otherwise the members are a very diverse bunch, all are clever but more importantly X just sounds sexy.

Confessions of... a voyeur 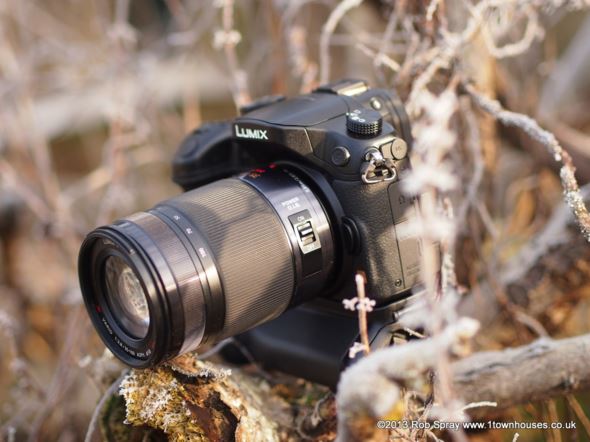 Both lenses feature Power OIS (good for 3 stops) and are weather sealed (good for summer!)

It's a challenge to make bright, constant zooms of a reasonable size and so although this pair are diminutive by all reasonable standards they aren't cheap. They are, in typical premium Lumix fashion, very understated but beautifully constructed and a pleasure to fondle. Both have machined metal focus rings which play great tricks in the light and soft, grippy rubber zoom rings. The only other control is the switch to engage Panasonic's Power O.I.S. - their latest in-lens stabiliser – worth a couple of stops at least and often more. Each stop of assistance allows you to halve shutter speed which is is the difference between flashing at your friends and capturing the ambient lit ambiance of social events.

The 12-35mm is the more conventional of the two, it expands when you zoom by about an inch. The 35-100 zooms internally and is thus somewhat magically only 3mm longer than its little friend at full stretch. Neither rotates its 58mm filter thread, that's for kids!

They are a great match for the GH3, they could have been made for each other! By micro 4/3 standards they are chunky. They are both on the gross side of ample for smaller bodies like the third generation Pens, but they work fine of course. It's always been a bone of contention when the change from a camera wearing a lens to a lens wearing a camera occurs. This pair are suited to the bigger bodies; the G and GH series, the OM-D and perhaps the EPL2. On the others, even the E-P1-3, you'll suffer from NEX syndrome. The GH series, and particularly the 3, make for a perfect combination. 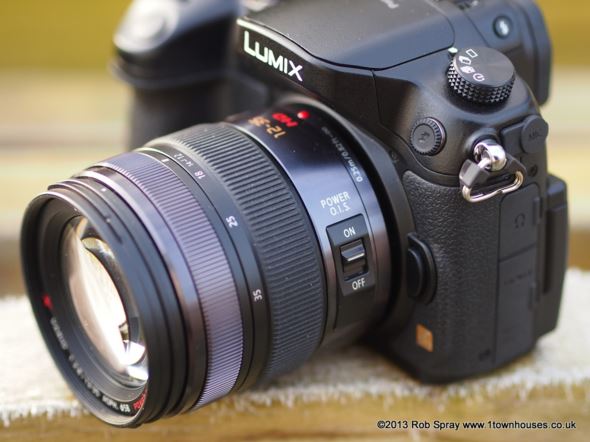 The 12-35mm is the dream date for the GH3, what a delightful couple

Leica won't allow their name to be applied to lenses which rely on in-camera correction so despite being the best that Panasonic can offer they don't come endorsed by the German's red dot. It's a strange state of affairs that suggests the teutons are in denial about what technology can now do, why not be the best you can be? Lovely glass can now be even better with clever post correction. Panasonic correct chromatic aberration and geometric distortion in-camera. This amounts to polish; the correction isn't what makes these lenses really good, it just refines their behaviour. Looking at the uncorrected RAW files you can see that the main 'correction' is to remove the barrel distortion at the 12mm end of the shorter lens, that naturally afflicts most wide angle zooms.

Both these lenses are optically excellent. Panasonic are evidently very proud of their nano coatings, which reduce flare and ghosting apparently, but there are remarkably few other hyperbole blighting their outer surfaces. Like many of their lenses these are primarily designed to perform, not built down to a cost. The glass inside is clearly (smirk) good stuff with the legendary QA of one of Japan's most reliable corporations. 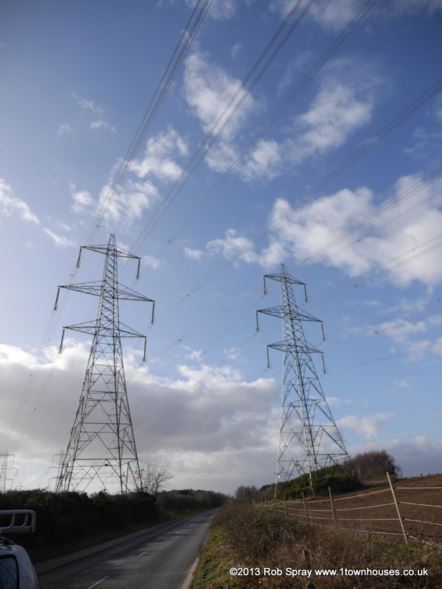 Like most large aperture lenses there is some vignetting and corner softness wide open, people seem to like that look right now. It's what Leica choose to do, so perhaps it has rubbed off on Lumix. By f4 those flaws are gone and centre sharpness has improved from excellent to outstanding. I shot pretty much everything for the review wide open.

Another common characteristic of a good lens is limited ability close up. It that respect these aren't common. Their specs say the 12-35mm will work down to 25cm and the 35-100mm to 85cm but those are at full zoom and both will actually work markedly closer at their wide end – nearly 10cm and 25cm better respectively. It's a wee bit odd for a good lens to change working distance like this but here it is a bonus so let's be nice about it.

An inconvenient truth about SLR video is that while it has admirable characteristics it is not a polished product. Big stills lenses were never designed for video. These two were. They have stepless, smooth aperture ranges so they can adjust gradually rather than obviously. Focus is another arena where subtlety is beneficial and so here you have silent, fluid focus that can act during shooting without disgracing itself. The new generation of mounts such as micro 4/3 have the extra finesse (control data resolution actually) to drive this kind of feature. Although some of the X lenses have powered zoom these do not. That's a concession to still shooting where human control is preferred :) 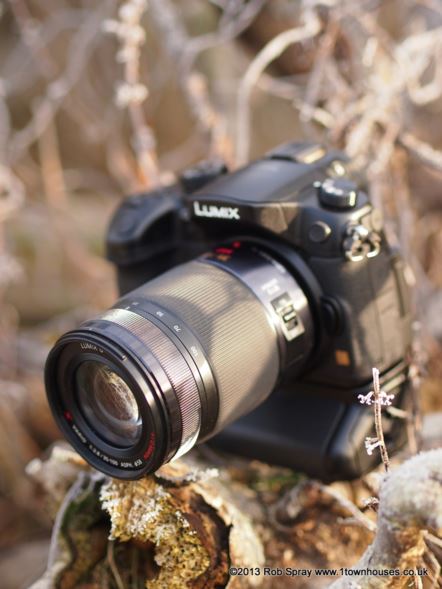 Out in the frost: 35-100mm zooms internally and handles beautifully

Focus is fast and decisive. From the off I reckoned they were a tad slower than the latest MSC m.Zuiko glass. My gut instinct was right, on the same body the Olympus 12-50mm is slightly faster. That may be because the speed of MSC is in part due to very light elements and the f2.8 X series pair aren't light at all.

So what did I think? Well, I like them both and my only regret is that for this kind of quality and aperture you have to swap lenses a little more often than I'd like. The light gain over the willing but dark Olympus 12-50mm or various modest kit lenses is huge in low light – 1 to 2 stops. You shouldn't overlook that the extra 2mm of width is much more useful than it sounds and the extra sharpness is noticeable. 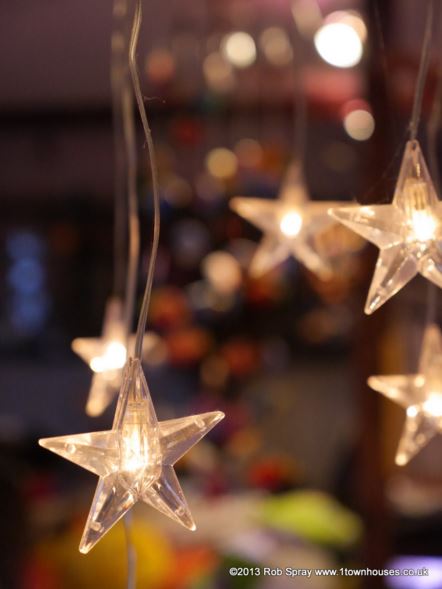 With a large aperture the aim is often to create subject isolation, a sharp victim complemented by smooth backgrounds. Neither lens is a bokeh queen which will amplify and splatter the backdrop with distraction. Subtle defocus is the rule here. There is more depth of field than full frame but composition is the key to getting your look and it is there to be had.

So are these a reason to change the course of your photography? Well perhaps, plenty of people just don't carry their big SLRs as much as they should. There's no denying that big SLRs are great but they have their place and often that is at home. If you're keen on taking pictures that can be a bit frustrating and plenty of people have a second camera. Now you can have a second camera which can match an SLR and fit in a pocket, so what about those days when you want something serious that doesn't give you back ache? Why not have a good lens for your mirrorless for those occasions? There, now you've thought about it but is it practical?

Lenses of this range have tended to be made for full frame systems and not the crop sensor market so you have a quite a contrast to consider. As an example, the 12-35 is about the same price as Tamron's new 24-70mm. You don't get as much for your money, it's half a kg lighter! Moving to the good stuff it's £400 less than Nikon's mammoth equivalent and £800 less than Canon's new L! You can't make good lenses cheap, but you can now make them small! Canon's new 24-70 L series although a superb optic, is massive in comparison and has given up IS to maintain quality which the Lumix has in spades. It weighs three times as much, has no IS, isn't as sharp close up and has a tricky period of vignetting mid range. Compare the 35-100mm with the Canon L competitor and you have an even more dramatic imbalance. The Lumix weighs 360g against the Canon's 1490g – it's less than a quarter of the weight! 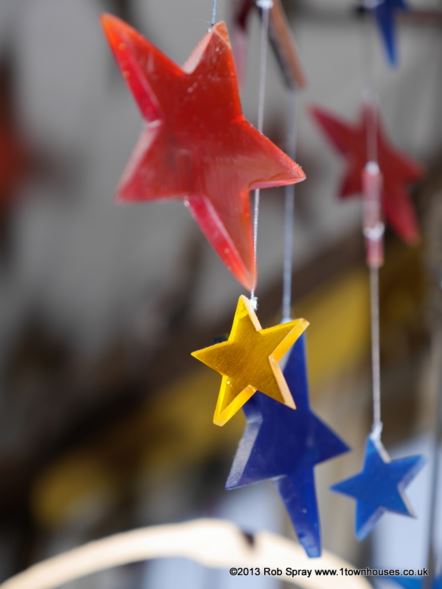 No one is pretending that depth of field will be the same for these rival lenses but, to crassly over simplify the situation, on all the other counts that matter the lenses are equal and the X twins offer bonus video goodies so they are seriously competitive.

It's to micro 4/3's benefit that Panasonic and Olympus appear to have a bit of an understanding on lens releases* and seem to be working together to complete the range rather than nickel and diming each other over overlapping products**. Olympus have been on a prime mission just recently and Panasonic are the lead on top spec zooms. The two X zooms are great products. The biggest whinge I have been able to work up in my time with them is that they tend to attract dust and crud!

There's still space for more exotic lenses in this part of the market, and above. I rather hope Olympus will go further and produce micro versions of their f2.0 zooms. While we wait and save gold bars for that eventuality these two will do very, very nicely. Osteopaths across Britain will at last get some time off if people realise that they can have great lenses without compressing their vertebrae.

* Apart from the insane number of kit zooms variants they have both pumped out!