It's fitting that this little Lumix showed up for review so soon after the Olympus E-P1 paid a visit. The E-P1 is a new breed whereas the Panasonic LX3 is acknowledged as the best of an existing niche. The LX3 is also an enthusiast's compact, with many of the features of an SLR in a much smaller package. 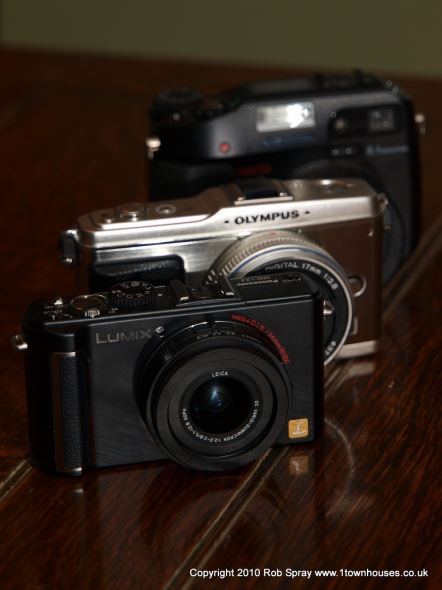 The LX3 is considerably smaller than the E-P1, but it's almost shocking how much smaller they both are than a classic bridge camera from 2005 - the C5060

The black Panasonic LX3 looks the business without being as large or angular as its main rival, the Canon G series. Panasonic have a great looking house style, cool with a hint of retro. By using a slightly larger sensor than average and not making a mad jump in megapixels the LX3 set a cat amongst the Canon pigeons, producing a camera which has received serious applause, to the extent that Canon's latest G11 has followed suit, dropping 5 megapixels from the G10.

So what did they do so right?

Aside from the nostalgic feeling slim, metal clad body, there are enthusiast touches all round. Of course the mode dial has the basic qualifications (A, S and M settings) but the action really hots up at the front. The subtle lens has a couple of switches on it; no digging in menus to choose aspect ratio (4:3,3:2;16:9) or select focus mode (Manual, Macro or Auto). That's great, but the real deal is the Leica branded glass inside. Although only a 2.5x zoom this pays dividends as it is spectacularly bright. The maximum aperture is 1:2.0 at the 24mm equivalent wide end, losing only one stop by the 60mm tele end. That's a stop brighter than pretty much everything else in its class (the G11 is 1:2.8-4.5). Using good glass and smart processing the lens has virtual no distortion. It also has Panasonic's very effective Mega OIS system to steady your shots. 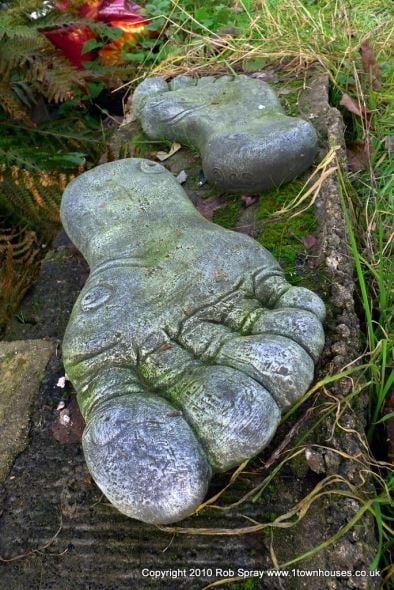 The target is a larger than average sensor with less than headline megapixels behind the lens. Staying behind the cutting edge on pixel count Panasonic found better low light performance, making their sensor more sensitive – and less noisy. Pixel density affects noise performance at high ISO settings. More pixels have to be more tightly packed and although they can potentially capture more detail it's harder to separate detail from darkness when the lights go down. That's why SLRs and so-called EVILs (Electronic Viewfinder Interchangeable Lens cameras) or SLDs (single lens direct-view cameras) perform better at high ISO.

So in this little box you have a trio of good moves...

Together these factors have outflanked the market. Canon's super sharp G10 took flak for noise at high ISO settings while the LX3 has become a minor classic, often in short supply.

Other things that make any camera a pleasure to use, such as positive controls and speed are sorted too. The Auto-focus is fast and accurate while the menus, although a little enigmatic, are trimmed for fast navigation. Even the tripod mount is thoughtfully at the far end from the battery and SDHC card door, so you could swap either with the camera on a small tripod. Battery life is very good, holding on tenaciously to eke out everything it can... though it could be that the warning is premature! As always with small cameras a spare battery is wise for treks if you can't ration your photo enthusiasm. 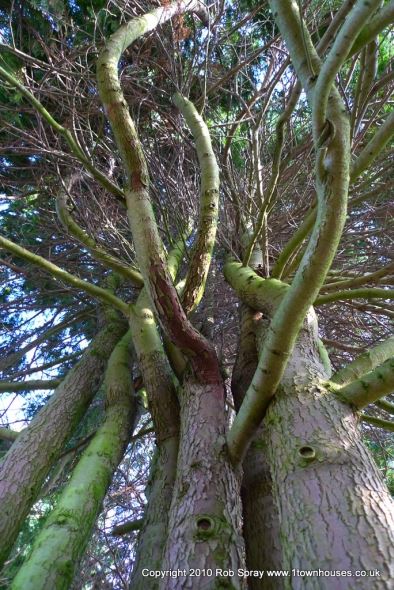 Shooting from the chip

The satin body of the Panasonic Lumix LX3 has enough of a grip to be secure in your right hand. You might expect the switches on the lens to have unloaded the back but the narrow area beside the 3" LCD is very busy. It's like a small display of all the controls they chose from when they were designing the thing. As well a cursor pad there's a tiny joystick which accesses a slightly different menu. After the Olympus PEN those menus seem short of options but for a tiddler there's plenty of control. Unusually for a compact the display has the 3:2 aspect of 35mm film – which makes it a happy medium to show the taller 4:3 and wider 16:9 modes besides its native ratio. That 3:2 mode offers the most pixels and the biggest files. The LCD is the only on-board viewing option, though there is an optional optical clip-on. 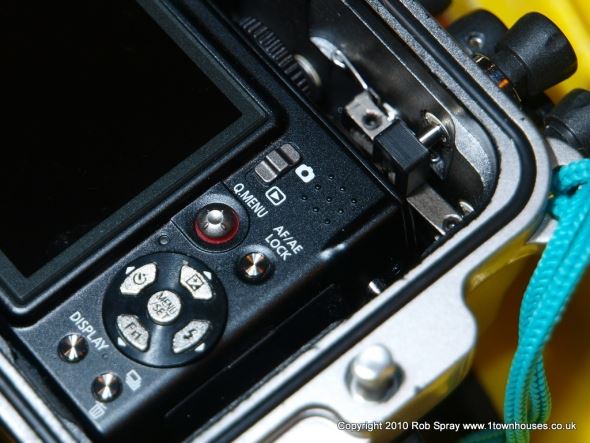 Using RAW produces files around 3x the size of JPEGs, which leaves the data writing light on for a while. Luckily the Panasonic LX3 can move on smartly without the RAW paralysis that afflicts so many compacts. Rather than bundle a nameless piece of download software Panasonic include the Silky Pix RAW developer. 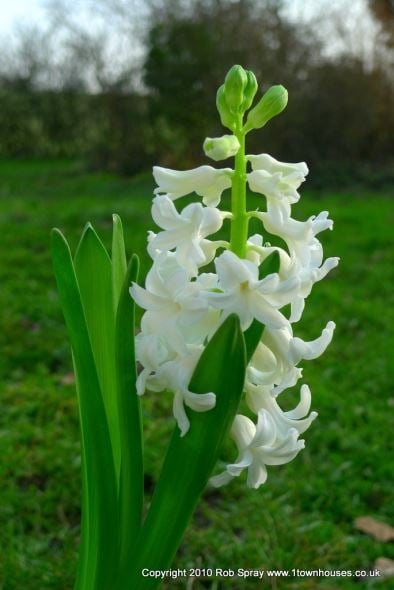 Metering is conservative, the LX3 hates to burn highlights

The tiny pop-up flash is always TTL metered, not normally a problem, but for manually controlled fill in or highlight you need to use the hotshoe. This will take any of the Panasonic or Olympus flash units, though it makes for a very top heavy outfit! I think it's better to have a fixed flash than require a pop up mechanism but the ethos of the LX3 is built around direct control. I know an awful lot of people are held hostage by the auto flash on their cameras so choosing to release or slide the thing back in couldn't be a more explicit 'flash off' decision. 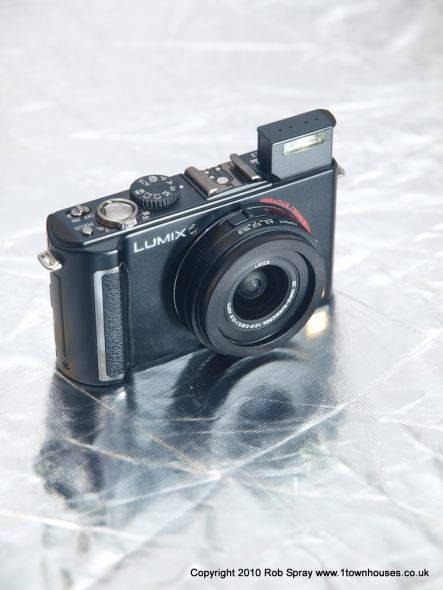 The pop-up flash is small, but it can't butt in when you don't want it!

The LX3 makes a good pitch for those who don't want to lug an SLR but want control and low light options. The new breed of SLDs are in a different class making for an uneven contest but the LX3 still has much to offer. Not least it's half the weight of the smallest SLDs with lenses fitted. Then there's the handy extra width of that super bright lens. Because the Panasonic LX3 has the combination of bright lens, stabiliser and decent low light performance it can genuinely give most SLRs a run for their money. The LX3 doesn't have to match an SLR at ISO 1600; with a lens that is 2 stops faster and stabiliser it can get away with being good at 200! That it's not at all bad up to 800 (for a compact) actually means you have a lot of scope for creativity too.

The scatter of controls are pleasant to use but although the body has the tactile feel of a metal film camera the buttons and grip look slightly low rent. The G11 is a step ahead there, but it does cost more. The bigger Canon is perilously close to the SLDs in size and cost, but again it has a lens which is hard for them to match. 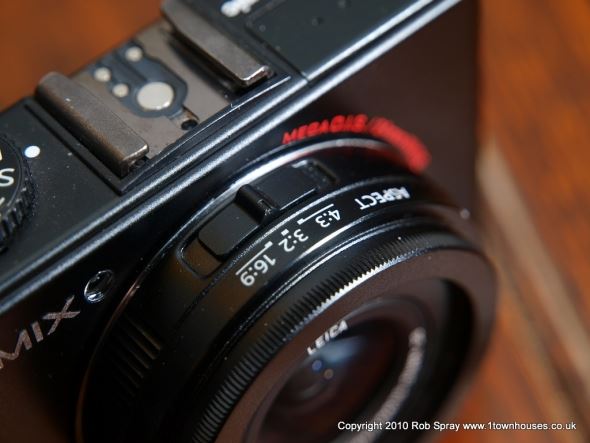 The direct controls even include aspect ratio - 3:2 is native

The one aspect a compact can't compete on is using shallow depth of field for subject isolation, but it's always worth considering that the converse is also true. To approach the depth of field a compact offers an SLR must be stopped right down... needing more light... needing higher ISO... so you never get something for nothing. Of course you can't swap on different lenses, but you can add Panasonic's wide angle adaptor which turns the lens into an 18-45mm. On a practical note the 60mm end of the lens only just passes for a portrait lens, it's a little short. This is the compromise for that brightness, but it's a great land and cityscape package.

Even though it's no spring chicken the Panasonic LX3 led the pack by offering HD movies – which the G11 still doesn't, though the SLDs do. Although there are advantages to the new AVCHD format the MJEG Quicktime used by the LX3 is much faster to edit on a normal PC. The video output is unusual too, analogue component rather than HDMI. That's no demerit, most screens have this connection and now that we need HDMI for so many things the alternative is welcome. 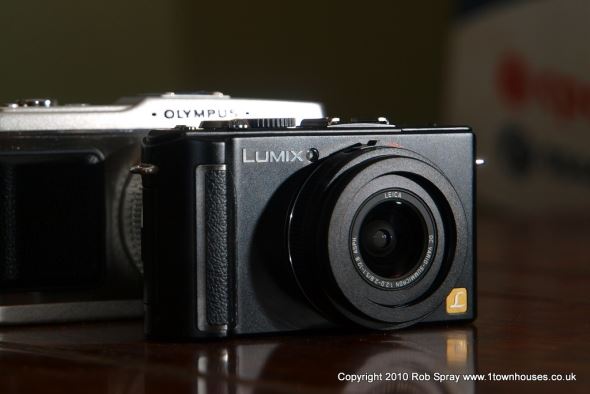 For enthusiasts the Panasonic LX3 is a great travel package, lighter and cheaper than most SLR lenses and smaller than a rough guide to the world's best beaches. As long as you don't want to go bird spotting it's a bit of a Swiss Army Knife which is easy to tuck into most pockets, unless you're strolling on Copa Cobana beach and don't have any!

It's quite close in size to the Fujifilm F200EXR which I reviewed a while back. While that was aimed at no fuss, hassle free, hands off snappers, the LX3 chose the high ground. Although it can be used with your brain in neutral the direct controls invite keen, experimental photography – although they might startle the nervous. 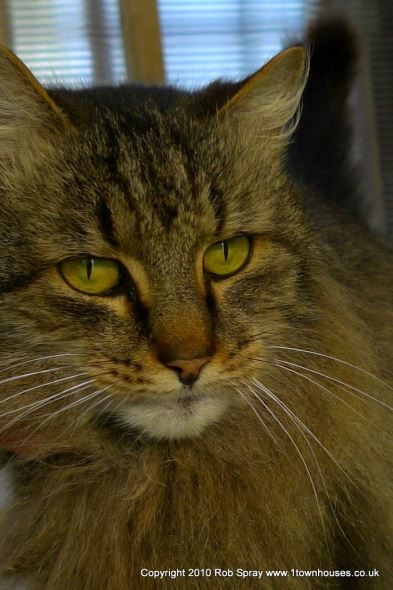 The lens is very sharp and free of abberations - ask Skoggy

In short if you can't face an SLR and won't stretch to an SLD the Panasonic LX3 is a great option for the enthusiast. It's a camera with plenty of scope to learn and savour photography with.

Let your inner enthusiast out!