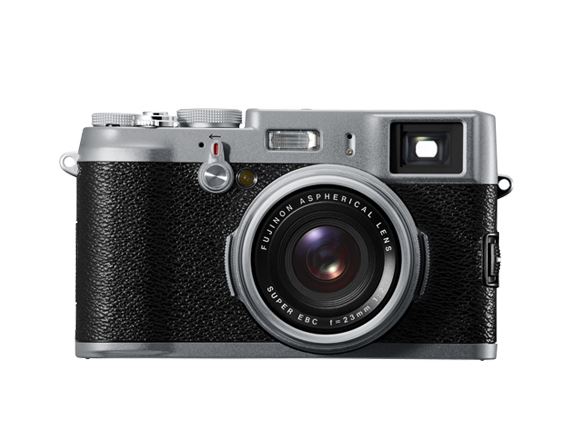 If you have read my article on this blog Why I Love My Fuji X100 you will see that I’ve been using this camera for around ten months now.

I’m predominately a wedding photographer and had been eagerly awaiting the launch of this camera last July since it was announced at the previous Photokina exhibition in Germany.  I haven’t been disappointed but it was a slightly bumpy ride at the beginning – issues which Fuji have ironed out with a serious of firmware updates (latest version available here).  This review is based on the 1.21 firmware update which I would recommend everybody updates to as soon as possible.

Fuji consider the X100 as “the professionals choice” and with a 12MP APS-C Sized sensor and a fixed 23mm (35mm equivalent) F/2.0 lens it certainly fitted the mould upon release.  Whilst the camera was excellent upon release, there were some issues that users were finding uncomfortable, notably a slow auto focus mechanism.  The latest firmware update mentioned above has improved the AF speed remarkably.

In the box is the body, lens cap, strap, battery and charger.  The charger is probably one of the worst I have seen.  It has a little plastic grommet that needs to be in place in order for the battery to remain fixed in the charger.  This is a little more than annoying as you have to be sure you do not lose the plastic (I have taped mine in place).  The strap and the lens cap are well made and look good when fitted. 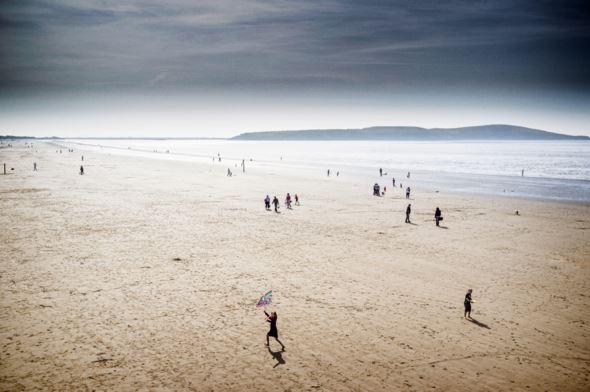 The body itself feels good in the hands.  It’s a tiny bit larger than a Leica X1 but feels comfortable and sturdy to hold.  The top and the base plates are strong magnesium alloy with only the battery compartment and dial wheel comprised of cheaper feeling plastic.  The X100 is clearly inspired by the compacts of yesteryear and on many occasions people have asked me if it’s a film camera I am shooting with.

The buttons on the rear of the body are somewhat small and do feel a little flimsy.  I’ve had no problem with them in terms of functionality and after a little while using them becomes pretty routine.  The Fuji Menu system is something else that has been tweaked along the way with firmware updates and, whilst it’s unique to Fuji and again a little quirky, the menu system is fine once you adjust to it.

The camera has some neat little features such as a built in ND grad filter which is perfect when shooting in bright sunlight.  There are a couple of programmable function buttons too (including the RAW button now), which can be assigned to multiple functions such as ISO, film emulation etc.

Perhaps the stand out feature of the X100 though is the hybrid viewfinder.  There were many comparisons with the rangefinder systems before launch, but the X100 is most definitely not a rangefinder and the similarities are in truth rather minor.

The viewfinder allows the user to flip between an OVF (optical view finder) and an EVF (electronic view finder) with the flip of a little lever on the front of the camera.  The two different views offer brilliantly bright scene rendering either through the viewfinder or on the 1,440,000 dot LCD on the rear of the camera.  I pretty much always use the OVF.  I find it quicker to use and it’s more natural to me.  The image preview shown inside the viewfinder is bright and clear too, giving you instant feedback without the need to drop the camera to view the rear display.

The Optical Viewfinder displays a substantially larger angle than the lenses field of view, thus enabling you to be sure that everything within the frame lines will be in the final image.  The Electronic viewfinder by comparison shows 100% of the lens coverage.

The camera comes complete with a fixed 23mm lens which has an equivalent range of 35mm on a full frame camera.  Unlike its big brother, the Fuji X-Pro1, the lens is not interchangeable and this is perhaps one of the “features” that may put photographers off.  I, however, love the fact that the lens is fixed.  It’s made me think a little more about my photography when shooting with it and I love the uniformity that a single length lens affords me with my images. 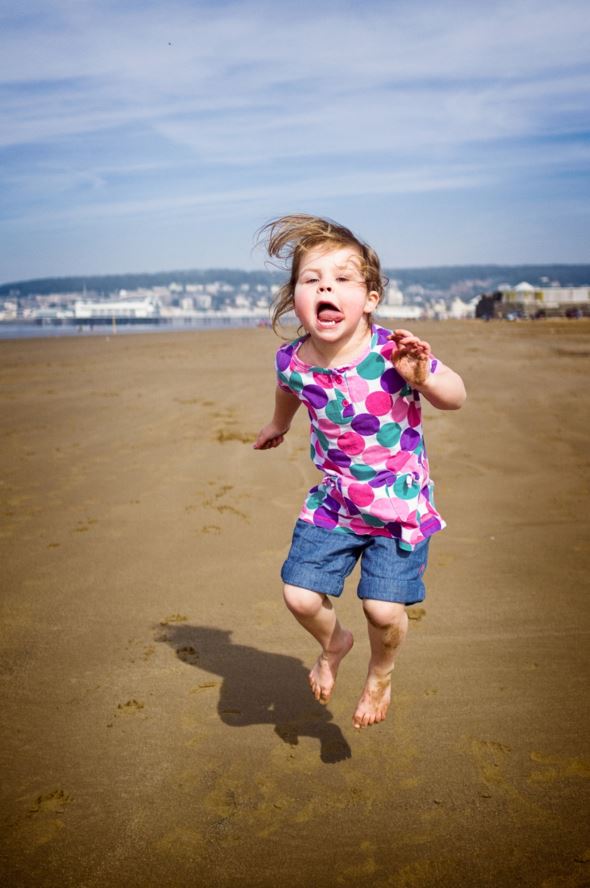 The AF was a little sluggish in the early days, but as mentioned, the firmware updates have put pay to that problem.  I often use the manual focus (zone method) too when using this camera; the manual focus system is not ideal for me though.  It uses a focus-by-wire mechanism which essentially means that in order to focus multiple twists of the focus ring may be required.

The retro ergonomics are extended to the lens too with the aperture ring giving a reassuring strong click in between each stop.

Image quality out of the camera is nothing short of mind-blowing.  The JPGs that are rendered inside the camera are gorgeous and you have the choice of several Fuji film emulations to chose from when shooting (Provia, Velvia and Astia – along with a few Monochrome Modes too). 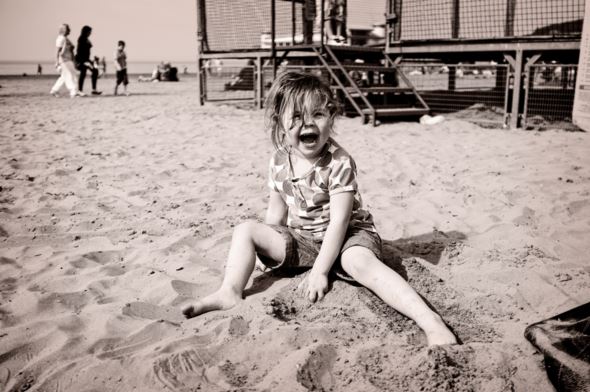 I tend to shoot my X100 in JPG mode purely because the image quality out of the camera is almost always useable and I don’t find myself wanting the extensibility that the RAW files may give me.   I’ve shot this camera at 6400 ISO and the noise handling is just sublime and in comparison with my DSLRs in terms of image quality and output.

Quite simply the colour, dynamic range, ISO and richness of the images is quite something and I think Fuji should be congratulated hugely in regards to the image quality.

Whilst I tend to shoot wide open, I’ve found the X100 to be sharpest at F4.  It’s perfectly fine at F2 and as mentioned I’m often shooting wide open and the difference between F4 and F2 is not enough to stop me shooting wide. 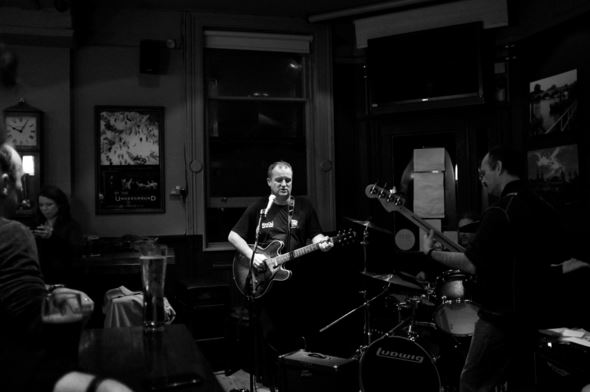 The speed of the lens at F2 and the ISO control up to 6400 ISO is a wonderful combination for low light photography.  I’ve used the camera in bars and very low lit wedding venues and it has performed admirably.

The camera also shoots HD video, which I have not really used in any anger.

I’ve had the camera for coming up to a year now.  I use it regularly.  I use it professionally as well as personally.  I no longer have the compulsion to take a DSLR when going on family trips as I know the X100 is perfect for the job. 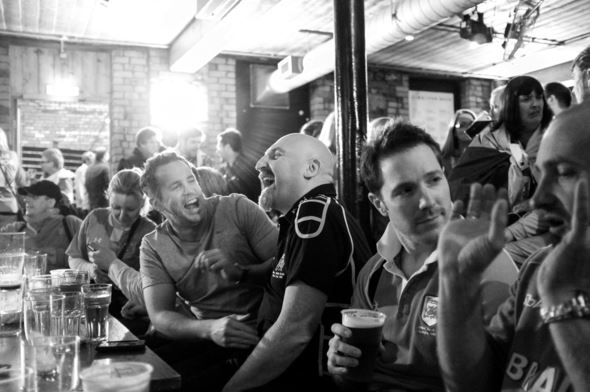 The body is super cool, the lens and image quality are second to none.  Seriously, the images this little machine creates are just superb and I couldn’t be happier with them.

The camera isn’t perfect but I’ve grown accustomed to the quirks and learnt to deal with silly issues such as the battery charger and variable start up time.  To their credit, Fuji have made committed updates to the firmware following feedback from users and have ironed out pretty much all of the major original issues that the camera came with.

The Fuji X100 will continue to be a mainstay for me both professionally and personally going forward and I look forward to seeing what Fuji develop down the line with the X range beyond the X100 and the X-Pro1.

Kevin Mullins is a Documentary Wedding Photographer and you can see his work by visiting: http://www.kevinmullinsphotography.co.uk