Review of the Awesome Nikon D3x

Beauty is in the eye of the beholder

Let’s be frank, the Nikon D3 digital SLR is a legend in its own production time. It’s fast and capable of producing amazing results at previously unusable ISO’s. It’s a wildlife photographers dream, and I know this because Andy Rouse has told me repeatedly and adamantly on my mobile phone. His enthusiasm has dulled a bit, but not much. I’ve never used a D3, but I’ll take his word for it because when it comes to gear, he may be fickle, but he knows what’s good or bad and isn’t afraid to say so. So like plenty of others I was interested how Nikon proposed to ‘upgrade’ or more accurately, add a big-pixel-brother on top of the immortal D3.

Let me be honest, again. Obviously I can’t do a compare/contrast between the two and I’m not the slightest bit interested in trying to write a highly technical review, I don’t do the ‘gear-geek’ stuff at that level. This is because I’m ever mindful of two things; one, that no camera ever took a great photograph – the photographer did this; and two, great photos can be taken on crap cameras. Thus beyond a certain point in terms of quality I’m really not interested at all. What I can do is give you an ‘in at the deep-end’ response to this camera and tell you about its usability in regard to the way I need to use it. I deliberately haven’t read any post production reviews, not even Rouse’s (but don’t tell him or he’ll shout at me) because I didn’t want to contaminate my own ideas. So, for what its worth, here’s what I think of the Nikon D3x.

Wow! Jesus Christ, it’s awesome! Can I really explain how I felt when I first made an exposure and then reviewed it in camera, on the screen on the back, which is sooo big, sooo bright and sooo sharp? Well, I felt like throwing all my other cameras away because they were dark age dinosaurs that were denying me any hope of photographic integrity. You zoom in, and in, and in, and in… and it’s still pin sharp. Can I then tell you what it was like when I downloaded my first card of RAWs and opened them on my PC. I looked down at my DSLRosaurus and felt pity for it, a previous photographic friend had just been totally usurped, its beauty didn’t fade – it evaporated, it became redundant in an instant. I was embarrassed by it, I didn’t want it anymore. I didn’t want to ever press its button again, I was in love with the Nikon D3x. But was it infatuation? Would the new babe have hidden flaws? Does it have a dark side, will it boil a bunny? Or more importantly will it keep one sharp as it runs through the pre-dawn Easter dew?

This is how I started: I unpacked the big brown box, got to the gold box, took out the charger, removed the battery, plugged it in and went shopping. I got back, made some toast, had a cup of tea and then put the battery back in and set off to meet a mate who was waiting to walk me into a hide. I did not pass go, I did not even see the manual, I just picked it up and began. No time, no prep, no nuffin’. Just the way I like it. So what happened? 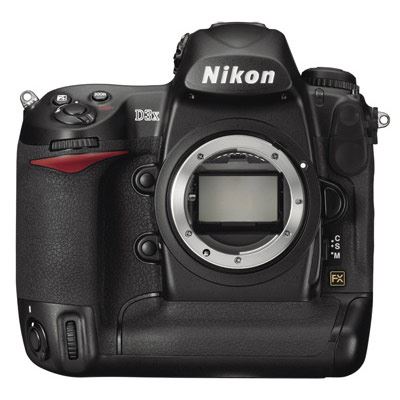 When I first pressed the shutter I thought it was broken. Ker-clunk, ker-clunk, ker-clunk, and so on. I was in a hide so I very slowly craned to check that I had it set on CH, continuous high rate of fire. Yes, definitely… I pressed again. Ker-clunk, ker-clunk. “God”, I thought, “this is well sharp but way too slow to be of any use at all”. I couldn’t believe it; this wasn’t the five frames per second I was expecting, this was one, maybe one and a bit. After a bit of panic/puzzlement my intuition kicked in. I had obviously set the camera to shoot RAWs in 14Bit, why wouldn’t I, it’s about mega-quality isn’t it? Well, yes, but when I changed it to 12Bit and then pressed the button I got a far more satisfying burst of fire, the 5 frames per second I thought I remembered reading about when this camera was just an “internet supposition”. So there’s the first compromise, no doubt technological, and don’t even think of asking me what the difference in quality between the 12 and 14 is, because that’s ‘Rouse Territory’. Not much for most photographers I imagine, maybe a little more flexibility in post capture management or correcting difficult or contrasty exposures. So big deal. Hardly a concession worth moaning about.

Next up I just pressed the shutter button and held it, to see how many shots it would take to jam and then how long it would take to clear. About twenty three frames (best of three goes with different frame ‘busy-ness’) and then between twenty and twenty five seconds to write to the card (SanDisk Extreme III 30GB/s). Not bad, but I can see that clearing time making me cry when I’ve pressed the shutter too early and the real action starts whilst I’m counting those seconds down. Again, maybe a measurable compromise for those who shoot a lot of action?

Cards? It’s got two slots and it needs them. A 4GB card in slot one at 14Bit holds 77 shots and at 12Bit this increases to 100. Okay these are small cards, but I’ve been a bit paranoid after a corruption a few years back and so I’ve been avoiding the “all eggs in one basket” scenario, normally using 4’s and 8’s. Clearly with the Nikon D3x you would need to go to 16GB cards and spend out for those with the higher writing speeds too (UDMA). Get the credit card ready, it’s another expense.

The real legend building attribute of the Nikon D3 has been its ability to shoot at previously unimaginable ISO’s without significant loss of quality. I remember Andy telling me that he’d been photographing Gorillas at 3200 and that the blacks were still all black. I equally recall him saying that this new camera wasn’t as flexible and this disappointed me. I suppose we have to accept the limitations of cramming more pixels closer together because this is bound to carry the threat of more noise. I tried it at 800 and 1600, which is its set-up range and there was noise. At the former I reckon I could live with it, at the latter I’ve got my doubts – the out of focus bits weren’t that nice. So maybe it doesn’t match the miracle of the D3, I don’t know, I haven’t tried one. For once only I’d defer to Rouse here.

I can’t fairly compare the auto-focus speed/accuracy either. To my mind it seems as good as it gets, but then I’ve been quite happy with the Nikon D300 that I’ve been trying recently. It’s still not as fast or as constantly accurate as we would all like, but then I shouldn’t fall into that mind set of wanting the camera to do everything perfectly or I’d be doing myself out of a job! Why is it though, that the ‘best’ frame is always the one in the sequence which is slightly soft? I hate that a lot.

A couple of things I don’t understand: Why bother with JPEGs at all? Who is going to want these when they have splashed out on a 24.5 MP DSLR? And don’t give me the “easy thumbnail” stuff, once you’ve upgraded your software (more dosh I’m afraid unless you have CS4) then it will process fast enough to make them redundant. And what’s the DX mode all about? I know it automatically crops to give you a 10MP equivalent and thus a smaller file size but why not shoot ‘normally’ and then crop whilst processing for a smaller file? This would be a real asset for us wildlife boys/girls as it would mean that we are effectively extending our telephotos by X percent, and I have no doubt at all that the detail will hold thanks to the super sharpness of the 24.5 MP sensor. And do I really want to be thinking about switching back and forth between the two modes in the field? Don’t be daft, I’ve got animals doing this and that of their own volition and I’m trying to make art out of it, not fiddle about worrying about how the file size may impact on my shooting speed or prevent my card filling up too soon.

In one word the Nikon D3x is “awesome”, in three words it is an “awesome must have”, in seventeen, “awesome, burn all your gear, sell the dog, cat, sofa, car, wife/husband and buy one now”. It’s not the epitome of what cameras will do, but it’s the very best of what they can do now. It comes with compromises on account of its big pixel count, but for me they are rendered redundant by its astonishing performance. I’m not often an “all action mega-blaster” so the frame rate/write rate doesn’t bother me. And I would use the 14Bit RAW for a lot of what I do – plants, insects, portraits, set-ups, etc. Okay the ISO would only be one, maybe two stops up from what I’m used to, but I’m not sniffing because that’s still a real improvement; it would make a difference that counts. Sadly however, the spending wouldn’t stop at the new DSLR body, new cards, software updates etc, but…