Serious macro people know that there's really no such thing as a general purpose lens. Although they might look like simple prime lens they can be really quite exotic, ideally a macro lens can project the subject at life size onto the image sensor – 1:1 magnification. It depends not only on how close you want to be to your subject, but also on the depth of field you need or want. 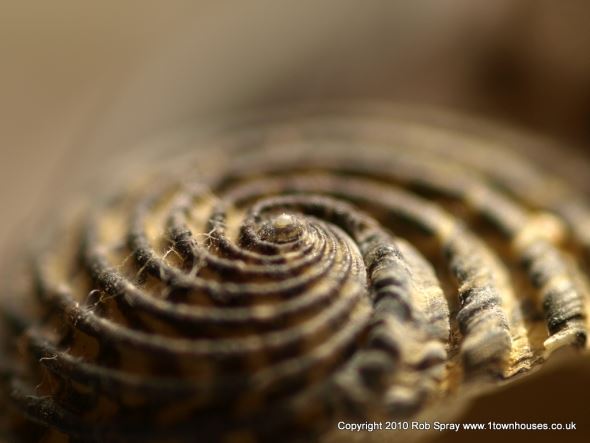 I loved playing with the super narrow depth of field

Most macro lenses are the equivalent of 60-100mm film lenses, often a good length for portraits of people (and small animals) although most macro lenses aren't as bright as an ideal portrait lens. They also tend to be slower focussing than regular lenses as they usually have to shift their insides around to cope with very close subjects. There are shorter macro lenses, which are a smart way to get more depth of field for static shots, and longer ones which allow greater working distance from living subjects. The Sigma 105mm EX DG is one of the latter.

The signature EX finish is interesting; matt, mid grey and subtle. Handy when you want to be stealthy around bright lights and shiny objects. Aesthetic considerations aside it's also nicely non slip. It's comparable in size with a mid range kit zoom, dwarfing my Olympus macro lenses but just slightly larger than the popular Nikon 60mm Macro. As a DG lens it is designed for 35mm film frame bodies or smaller sensors, making for a very versatile optical package which is available in all popular mounts. 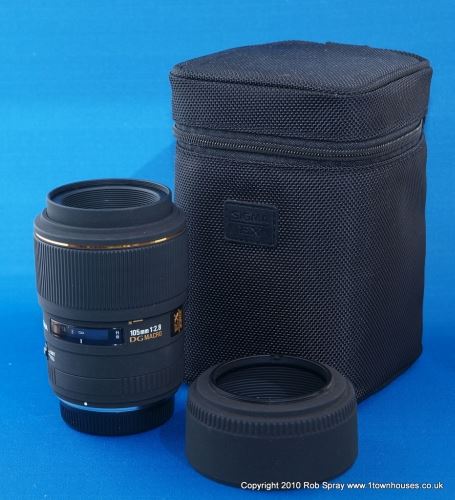 It comes with a short shade and a rather splendid case

Fit and finish is excellent. The matt surface disguises the materials but its cool-to-the-touch rigidity suggests there's plenty of metal inside. It's hefty and feels as though it will shrug off the rough and tumble of work in the field. My only reserve would be that that field should be dry; I looked hard through the specs and I was surprised not to find any mention of weather sealing. That's an omission on a lens which otherwise looks very much the part on a Pro body.

This is a prime lens so the only ring is for focus, spinning about ¾ of a turn from 1:1 to infinity. It's pretty high geared and will stall and stop if you forget to let go when AF starts... release it, retry and it's off again. At more than an inch wide it's hard to avoid the ring as you steady the combination, but there's a cunning clutch arrangement to disengage it from the focus motor. You can't easily then auto-focus and then tune manually; if you re-engage the focus ring you'd have to wrestle against the heavy focus motor – if you slide the AF/M switch, manual focus is light and smooth but it's not a convenient move. The design suits manual OR auto focus, not both working together – hardcore photography! I'm used to the seamless electrically coupled Olympus lenses where this is a non-issue. From a design standpoint the clever focus ring on the Zuiko 12-60mm lens seems a better solution – it's a mechanical coupling which can be turned by the user but isn't turned by the lens. 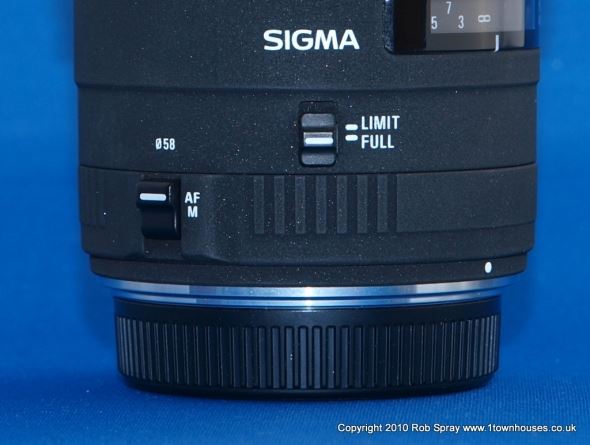 The lens controls are mechanical switches

I noticed while researching that some online users mentioned the noise and speed of autofocus. It's no ball of fire, but it's accurate and by no means raucous. Light industrial noises do accompany AF, but the photo results speak for themselves... which is where it counts. Insects and flowers don't give a fig whether cannons fire in the background. Nervous mammals and birds won't be impressed, but you really need a longer lens for those anyway, unless you've just hit them with your car!

Swapping between bodies I noticed that the lens was noticeably faster on my E-3 and E-330, snapping into focus pretty smartly rather than racking slowly though its considerable range. Focus was slower on the smaller bodies; their age didn't make a difference.

It's a full frame lens and sits high up the normal macro range even before considering smaller sensors – on those it's effectively even longer, 160-210mm. The 58mm threaded barrel of the lens extends 50mm to reach 1:1 magnification. On smaller sensors you appear to get more than that as you're using a crop out of the full image circle. So on a Nikon, Pentax and Sony you get 1:1.5, Canon's give 1:1.6 and as an Olympus person I get 1:2. You also appear to get more depth of field on smaller sensors but it's actually the same as full frame, you've just zoomed in a bit. For most macro that's a bonus as you'll rarely have enough. 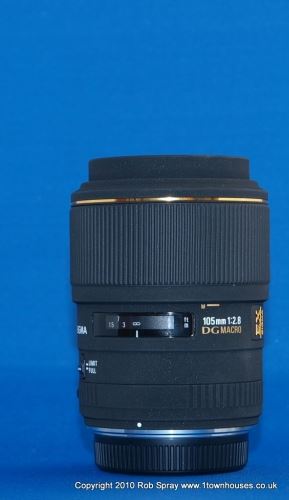 At that level of magnification, breathing, breeze and even funny looks can put you off and depth of field is in very short supply. Usually practical concerns stop you getting to maximum magnification but the other traumas of macro will kick in at even mild close up, there's no depth of field so you need to use smaller apertures and then there's no light... a vicious circle. The best cure is a flash; you need a lot of light when you're using small apertures so a zoom head is worth having too.

The lens has a maximum aperture of f2.8, par for the course but still helpfully bright for focussing in lower light. Interestingly the minimum aperture varies; f22 on Four Thirds, f32 for Nikon and Pentax and f45 on Canon, Sigma and Sony. If you want your pictures sharp as well as in focus – yes there is a difference – avoid going much beyond f16. As apertures get smaller they start to act as a diffraction grating which diffuses the image cast on to the sensor. It's not the end of the world, it happened with film. The 105mm is as resistant to diffusion as any decent lens. It's worth knowing that at tiny apertures the sharpest parts of the picture will be relatively soft but more of the picture will be relatively sharp – I hope that makes sense :-)

Even at f2.8 the Sigma is pretty sharp

The third control on the Sigma 105mm macro is a limit switch. Like the AF/M switch this isn't electronic, it's a mechanical selector. Depending on whether the lens is in or out this control stops the lens running on to its near or far focus range. This can save some time if you have clear idea of what you're shooting... or be a bit of a pain if you are working near the crossover point around 0.4m. Because the limit stops and clutches are mechanical the lens has to discover them afresh each time and there are a few whirrs and grunts before the penny drops. After the informed electronic control of my Zuiko's this is a culture shock, but it feels tough and well engineered. 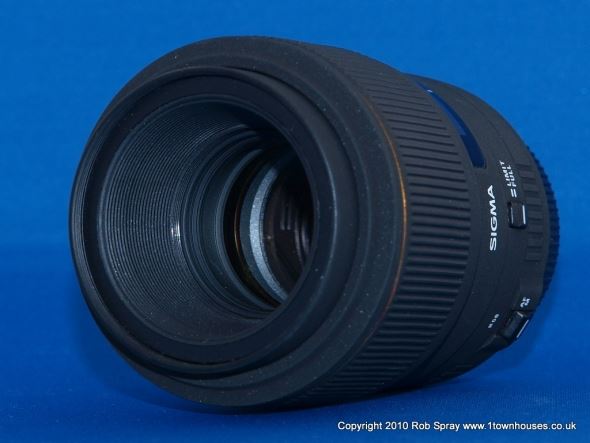 The small front element is way, way back inside the metal inner barrel. One reason for this is to provide a shade against flare–light out of frame spreading across the image. The long focus extension of macro lenses is to allow lens groups inside to move about, keeping the path of the image to the sensor under control. A macro lens has to change internal optical geometry quite a lot to allow it to focus both very close up and out to infinity.

This lens is very sharp but its charm is not just as a tool to pick out tiny features or novelty objects for pub quiz questions. A triple aspect of the lens due to close up working, long focal length and wide f2.8 aperture all offer great scope for playing with wafer thin depth of field. Subject isolation is the default and you'll find yourself deciding to dial in more depth of field more often than not. At maximum aperture the 105mm isn't at its sharpest but soon tightens up to its best between f5.6 and f8 where metal details are ready to cut their way out of photos. 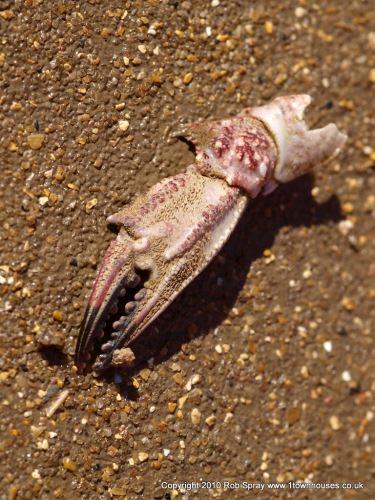 It can make even lost limbs look cool!

As a film frame lens vignetting (uneven light distribution) is no problem on smaller sensors – insignificant at any aperture. I found the bokeh of the lens – the way stuff goes out of focus in the background - very pleasing. Bright details throw off clean discs of soft light which counterpoint sharp subjects.

The lens has a magnification scale on its long extending snout, it's different for AF and MF but that doesn't seem to make any difference on my camera! I was too busy looking down the viewfinder to fret about it. This would have been vital information in pre auto exposure days while setting up lighting. Macro lenses lose light as they spread the scene thinner and thinner across the image circle as you close in. Watching the exposure change as you run the focus in, it's evident that you need more than another stop of light at 1:1. Your metering and a nice powerful flash will sort that out, but it's just not going to be noticed by most users. 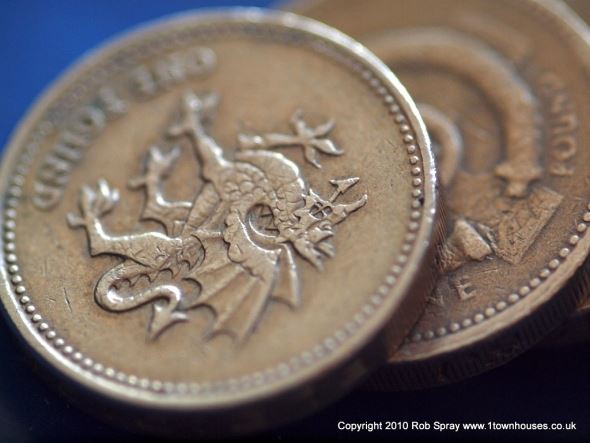 Close to 1:1 you need a steady hand and high shutter speed

From the moment you pick it up the heft and workmanship makes it clear that this is a quality bit of kit. That's not to say it's quite up to the minute but it has the well machined charm of pre digital photography which the snazzy finish doesn't disguise.

It has a distinctly dual personality; it focuses well manually and precisely, if a little leisurely, when on auto, but it doesn't suit rapid swapping between the two. I've seen reviews which slate the AF, but that's not entirely fair. AF was fine although there were differences in behaviour from body to body which I haven't seen with other lenses. Manual focus is fast, smooth, precise and sometimes the best option in tricky macro situations.

It's on a par price wise with third party competitors on most mounts, and lower cost than own brand lenses of similar high build and optical quality. It doesn't quite offer 21st century digital integration but the refresh to DG spec has produced a lens with no need to apologise. I enjoyed my time with the 105 and definitely feel the need to add a longer macro to my lens cupboard very soon.

Grown up lens for serious enthusiasts, a traditional macro choice