This isn't the opening phrase you'd expect to hear a lens review start with, but here goes: Initially, I wasn't overly enthusiastic about trying out the Sigma 150-500. I had to force myself to go out and shoot with it, and no other lens. But in doing so, I came to realise that I was unfairly dismissing it without giving it a chance to show me what it could do. And in turn, discovered it' actually not a bad little lens at all! 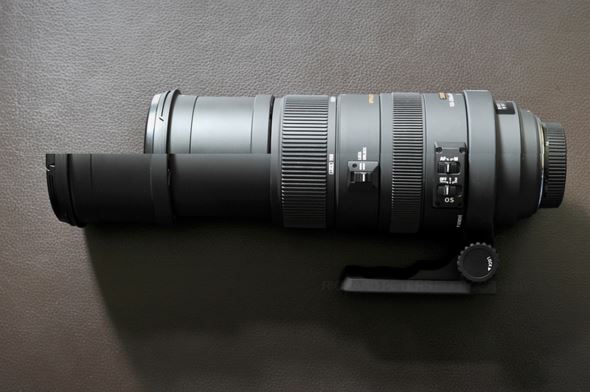 Let me explain further about my initial lack of enthusiasm. My normal 'go to' lenses are the 600 and 200-400, so I picked up them up if a photo op presented itself, because naturally I wanted to capture images in the best quality possible. But here's the thing, after spending forever carting lenses that weigh 4kg and upwards around, what an absolute breath of fresh air it was to just go out shooting with the Sigma! It's so much lighter, making it far more portable, and when paired up to a crop sensor camera it offers an incredible amount of reach. On the D7000 we are talking about the same field of view as a 245-750mm in a hand-holdable, image stabilised package. You really can't argue with that.

The Sigma is a surprisingly solid feeling lens, made from a mixture of plastic and metal. It's heavy enough to give you confidence in it's build quality, but not so heavy that it weighs you down during prolonged handheld shooting. It has a smooth, almost rubbery texture to the coating on the barrel of the lens and added to that, the lens foot has contoured edges making it very comfortable to hold when walking about. It's not labelled as an EX lens, and I'd say its build and overall finishing, whilst good, isn't quite up to the standard of my Sigma 150 f2.8 macro. The tripod collar and foot are actually removable as one piece, so if you need to save more weight, and know you won't be using a tripod, it might prove a nice feature for those that want to be as light weight as possible. 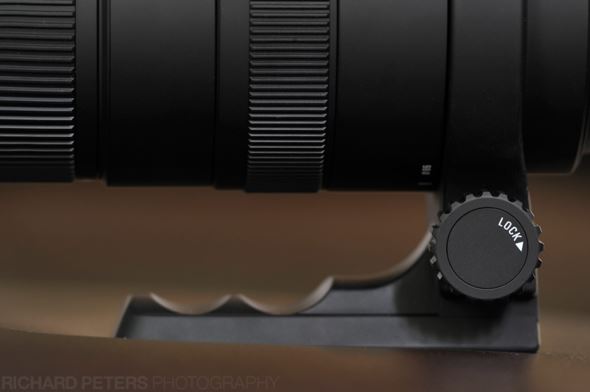 The tripod collar/foot has contoured edges plus an unlocking screw

My two concerns over the build of this lens are that A) it extends when zooming. My problem with this, is that I wouldn't want to take it out in any adverse weather conditions as I'd be worried about sucking rain or dirt back inside the lens with all the zooming in and out. And, added to that, B) the lens suffers from pretty bad lens creep. What I mean by that, if you hold the lens upside down the weight of the front section of the lens barrel will make it zoom itself out to 500mm. Hold it pointing upwards and it'll zoom itself back down to 150mm. This was probably my biggest issue with the lens. You can lock the lens barrel in place with a switch, but only at 150mm. And Anyway, I don't really want to have to keep locking and unlocking the lens barrel via a switch, whilst I'm walking around taking photos. I asked around via Twitter if other owners had this same problem of if the copy I had was an exception, but it seems it's a trait of the lens in general.

The 150-500 features OS, which is Sigma's version of Nikons VR and Canons IS. It offers two modes of stability, mode 1 is for regular hand holding and mode 2 is designed for panning movements. In use, I found the OS to work perfectly well. Having the camera attached to the Nikon D7000, there was a clear reduction in vibration when looking through the viewfinder, and this helped no end when there was a little wind. Also, I found the OS to be nice and quiet in operation. There is a little noise as it engages, but then it's very quiet. I'd read reports that the OS was very noisy and slow to operate, but I didn't find that the case at all. It kicked in within half a second of half pressing the shutter button and did it's thing admirably. All in all, very impressed! 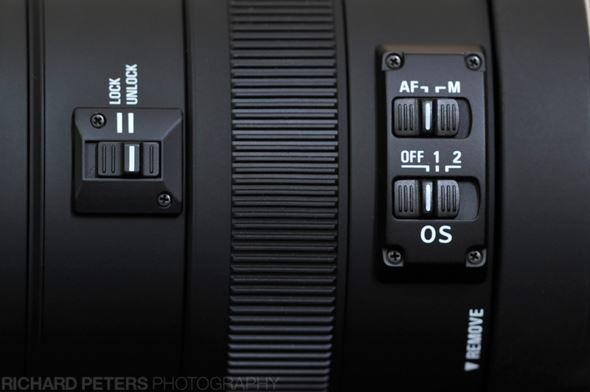 The two things I did find awkward to get used to at first were the fact the zoom and focus ring are in opposite positions to my Nikon lenses, so I kept twisting the focus when I wanted to zoom, which was frustrating at first. Further to that, the zoom ring twists in the opposite direction for zooming in and out compared to my 200-400, so again I kept zooming the wrong way at first. But, if you aren't used to zoom and reverse rings operating in different directions then this isn't anything to worry about. My third issue with the zoom ring, was that it is quite stiff, but that might loosen up over time.

On the D7000 the focus speed from min to max focus was not bad. It's not ultra fast, but it's certainly not ultra slow either (unless, that is, you are in very dull contrast-less light). If the focus is already in the ballpark of the subject then it is very fast to micro-adjust and keep up with the subject. It's also very quiet thanks to the HSM motor, however there is no focus limit switch, which is a shame as that would stop the lens from hunting the entire range it it gets lost in low light. But, given the cost of the lens vs the reach it offers, there has to be some compromise I guess. I did briefly put the 150-500 on my D3s, and speed was improved, but as a top end Pro camera isn't realistic to the average buyer of this lens I didn't do much testing with the combo. 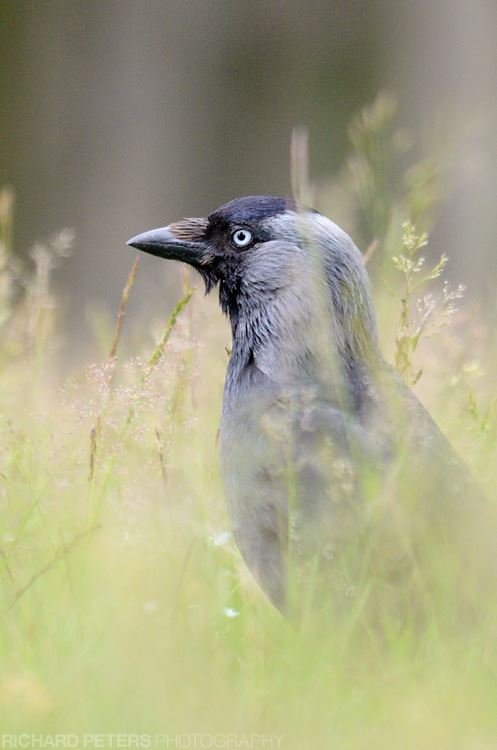 I have to admit, I used this lens exclusively handheld. Taking a tripod out with me that was way heavier than the lens it was supporting seemed silly, and even though I have a monopod I always opted to just shoot handheld. I guess the temptation was too great, given that I usually HAVE to have lens support with me it seemed like a pure luxury to walk around without anything else weighing me down.

For best results you want to shy away from shooting wide open at max zoom (even knocking back to around 460mm improved sharpness), but that said, I almost did that exclusively, as let's be honest, the main attraction of this lens is that it goes out to 500mm. So not taking advantage of that would be silly! Images, whilst not being razor sharp wide open, are somewhere between acceptable and unacceptable. If you view the photos on your computer at 50% of full res they look perfectly fine, but if you like to pixel peep you'll certainly notice a slight haze to the image that reduces the sharpness. Distant subjects show this up even more, so if you do need to shoot wide open, better results will be obtained the closer the subject is to you. 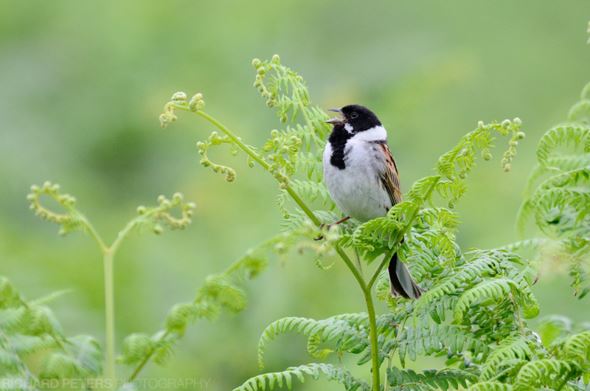 Stop the lens down to f8 and there is a good improvement in image quality, both in contrast and sharpness. Just a few years ago, having to stop down a slow lens would be a problem, especially if you live in the UK where the light isn't always great. But with the introduction of cheaper and better noise handling DSLRs this problem is slowly going away. Typically, I shot this lens in cloudy conditions every time I used it, and as such would like to think that represents worst case scenarios for a slow super zoom. But it still managed to produce a couple of images I was really pleased with. 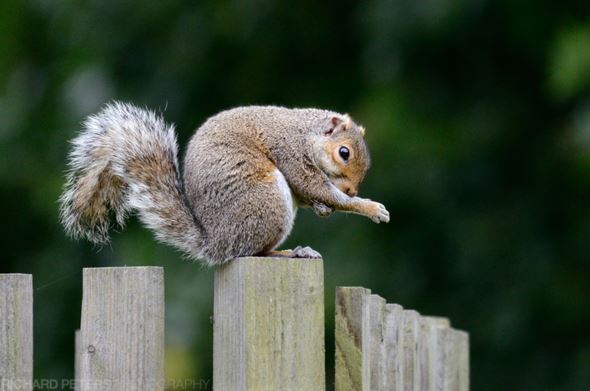 The biggest downside for me was the back-focus on close subjects at 500mm. Looking over quite a few images that I thought were soft when viewing them out in the field, it turned out the focus was just in the wrong place. So I now wonder how many images I deemed soft due to the optics (and therefore deleted whilst out), were in fact down to back-focus.

I had to give some thought on how to sum this lens up at first. It would have been all too easy for me to compare it's performance against my 200-400, because that is the lens I own which comes close enough to being on par with it in terms of reach. But it's completely unfair to do that. And so, what I did, was treat this lens as I felt it worked best, as a fantastic light weight walk around lens which is potentially going to be a first step in to the world of telephoto lenses for some people.  And in doing that, I thoroughly enjoyed using it and realised it's actually a very cheap way to get a 500mm lens that isn't half bad! Some may wish it was a constant aperture all the way through the focal range, and whilst that would certainly be nice, it would also add size, weight and cost. Instead, you'll have to rely on improving your long lens technique and the OS to get your shutter speed down and in turn, your ISO. But even if the situation dictates you can't do that, todays DSLRs are getting better and better all the time with ISO performance meaning variable aperture lenses aren't 'as' crippling as they once were. 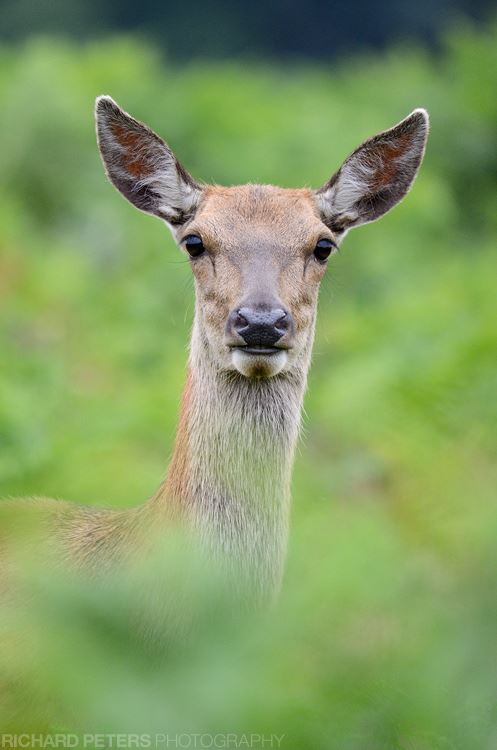 It's not the best built, sharpest and fastest lens on the market today, lets be honest. But, what it does do is offer a pretty good 'performance vs cost' balance, and in looking at it that way, I thoroughly enjoyed my time with the Sigma 150-500, and I think you will too.

A reasonable all round performer for the price. It's not perfect but it's a good way to enter the world of super telephoto reach.

Richard Peters is a professional photographer based in London, whose main interest is wildlife and nature photography. Richard has been on the judging panel for both the BBC Countryfile photographic competition and the I AM NIKON photography competition. He blogs at http://www.richardpeters.co.uk/blog/