Spending a Day with the Fujifilm GFX 50S

A couple of our customer service advisors were lucky enough to get some time with the medium-format Fujifilm GFX 50S. Wex’s Jonathan Bailey reports

Last Valentine’s Day I had the lucky opportunity to try out a pre-production sample of the new Fujifilm GFX50s medium format digital camera (with finalised firmware) – cue an early morning start to catch the train with Chris from the Showroom.

Arriving at Holborn Studios in London, we were greeted by our Fujifilm hosts and a row of cameras, along with several sets of the new lenses launching at the same time: the GF 63mm f2.8 R WR, GF 32-64mm f4 R LM WR & GF 120mm f4 R LM OIS WR Macro.

They didn’t make us wait – while other attendees were still arriving we were able to start trying the cameras out. (Note: the cameras we were trying out were pre-production models, but with final firmware.

With similar dimensions to pro-level DSLRs (minus grip), the GFX 50S is very comfortable to hold and feels intuitive to use. Its controls and menu system will be familiar to any Fuji user, so much so that we were able to start using the camera straight away without instruction. It’s worth noting though that the extra options and functions available mean that reading the instructions is highly recommended.

Next, we sat down for a short presentation on the development of the camera and the new lenses. The new and upcoming lenses are all rated up to 100MP resolution, and while the nine Fujinon HC lenses are also usable via an adapter, the new lenses will put them in the shade. Example photos were projected at about 15 feet across and the quality was, frankly, jaw dropping – especially if, like me, you’re only really experienced with full-frame DSLRs.

Guest pro photographer Drew Gardner shared his experience of using a pre-production version of the camera, which only produced JPEGs. He was able to shoot action photos with a very high hit rate (especially for medium format) in difficult light conditions, and found the camera to be extremely versatile, offering all the quality medium format can provide but with the usability and portability of normal DSLRs. He found the autofocus to be pleasingly snappy, especially for a contrast-based system, and shot-to-shot times were good and short – this is one camera that definitely benefits from using UHS-II memory cards, as uncompressed RAW files will run up more than 120MB.

Once we’d had lunch, we had the chance to use the camera in proper studio situations – one set up for close-up work with flowers, and one with a ballerina on the other side of the huge studio space.

Those present were divided into two groups – ours got to shoot the ballerina first, using the 63mm f2.8 lens. When my turn came I changed the camera to shoot uncompressed Raw + JPEG, both to get the best from the camera (from the soon to be released Raw converters) and to test how quickly the camera could process these files. I wasn’t disappointed. After asking the ballerina to perform some jumps and pre-focusing (the contrast AF is very quick, all things considered, but I wanted to make sure) I took the first shot. 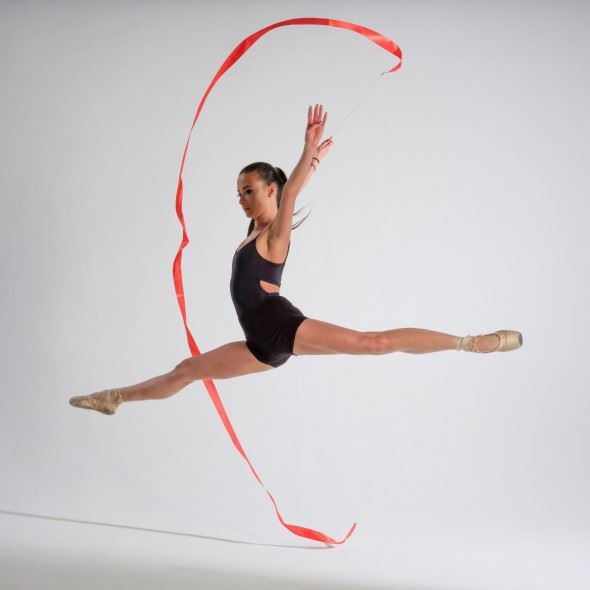 Success – perfect mid-air splits at just the right moment. There is a short blackout after each shot, but the camera was ready to shoot immediately and I never filled the buffer – any shots I missed were my fault, not the camera’s. (Note: you can see the full-size versions of all my shots on Flickr.)

Once everyone had had their turn, the groups switched and we went over to the product setup, this time using the 120mm macro lens. Zooming in on these photos produced astonishing detail, impressive even when viewed on the rear screen. You could see specks of dust in the water droplets sprayed on the flowers – even heavy cropping will produce a detailed macro. 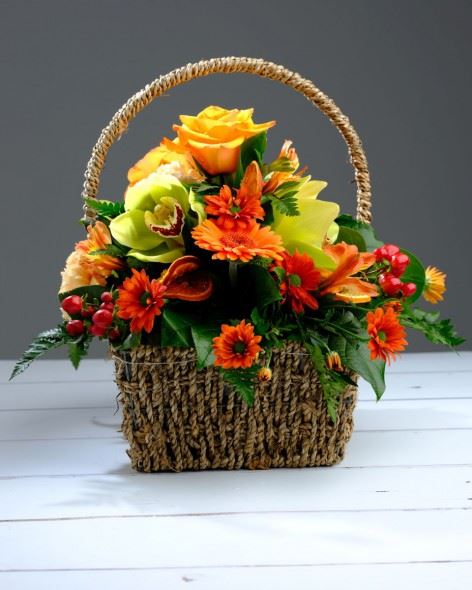 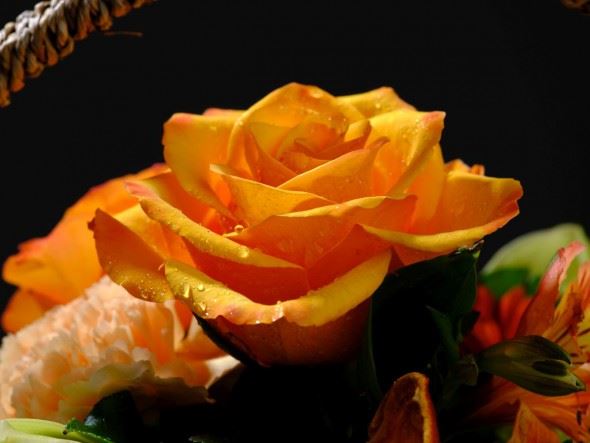 Once our turns in the studio were over, we were still able to try out the other bodies available, trying both the vertical grip and the tilt-and-swivel adaptor for the viewfinder. The tilting viewfinder will be very useful when the camera is set up on a tripod – especially in bright conditions – or for using the traditional look-down position for medium format (only with the image the right way round), either in landscape or portrait. The vertical battery grip duplicates many of the camera’s controls and keeps your shooting hand in the same place in relation to the lens, keeping the shutter release away from the corner of the camera where it would be vulnerable to being knocked. The grip takes a second battery, doubling the camera’s already considerable battery life, and doesn’t block the battery door. Either the camera or grip battery can be hot-swapped when the grip is attached.

I was able to shoot hand-held at 1/10sec (electronic shutter) at f/14, ISO 12,800, with the stabilised 120mm macro lens with grip attached, the camera resting on my leg. The resulting photo of my well-travelled Fuji X100 was detailed and devoid of camera shake. When you look at the photo at 100% there’s some noise evident, but at normal viewing sizes it’s barely visible. 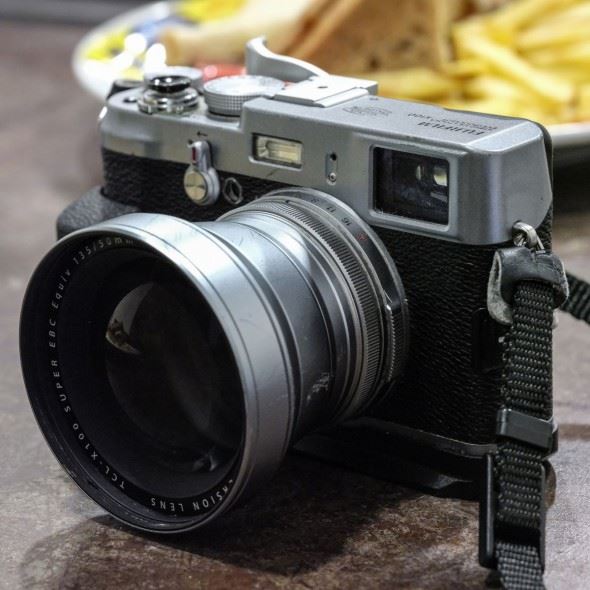 In short, we left wishing we could take the camera with us. It is incredibly versatile and easy to use. With full weather sealing for both the body and lenses the GFX-50S is ideal for shooting outdoors and is equally at home in the studio. It can even be used to shoot fast action, within reason. Time to start saving!