Canon’s release of the S95 has excited comment from many bloggers and review sites as to whether it is a worthy update on its predecessor, the S90, which was very well received but had a couple of niggling problems. The feature that seemed to get most criticism on the S90 was the ‘free-wheeling’ control on the back. Many people commented that it was too easy to accidentally dial in exposure compensation (or which ever feature is being controlled by the wheel at the time) without noticing. Other comments on the S90 were its handle-ability, fiddly controls and lack of HD movie recording. So with these issues in mind I took the S95 on holiday with me to Ibiza for a thorough trial run. 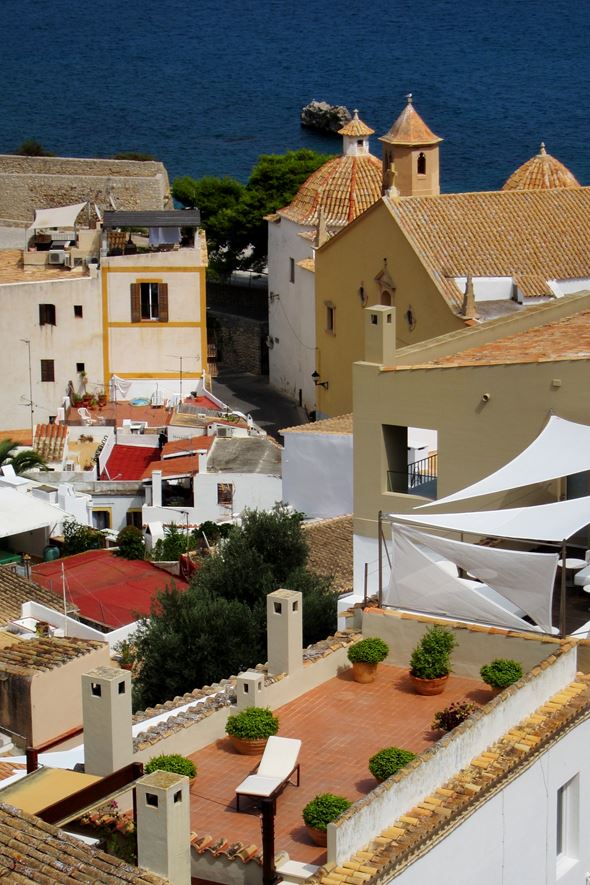 View from the walls of Dalt Vila, Ibiza Old Town.

Usually I shoot with a Nikon D40x but this was out of action so the S95 would be my sole camera for the week. And my first impressions were that I didn’t miss my DSLR at all! The controls available on the S95 make it an excellent option for any photographer looking for a compact back-up to their DSLR. Between the front control ‘ring’ and the rear control ‘dial’ you are in full command of most functions (shutter speed, aperture, ISO, focal length and exposure compensation). I was quickly snapping away in manual mode, the large bright screen giving an excellent live indication of exposure as you spin the dial/ring. 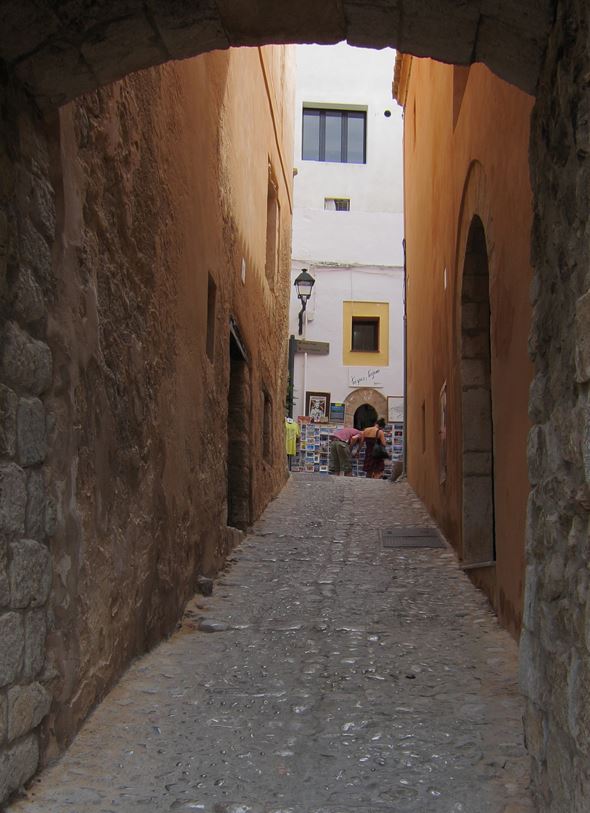 The new rear dial now has some resistance (not quite a ‘click’) with each degree of rotation. It is still possible to accidentally turn the dial as all the controls are close together but it is more likely that you will notice it now. Those that commented on the Canon PowerShot S90's fiddly controls will probably feel the same about the S95 as the layout hasn’t really changed. Personally I felt the small buttons were an acceptable sacrifice to get fully manual control into such a great, compact body. 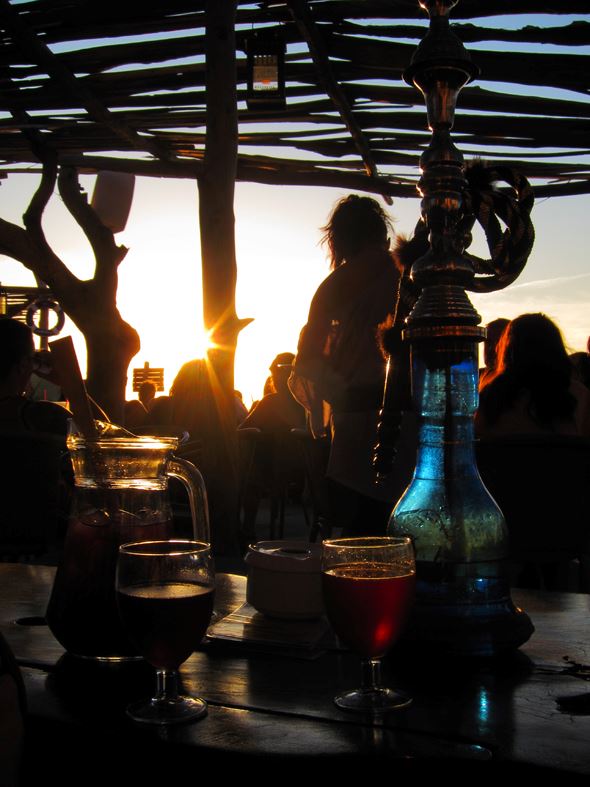 When the sun goes down

Spending a lot of time in Ibiza’s chill-out bars, watching sunsets (and drinking sangria), gave me plenty of opportunities to play with the Canon S95's low light capabilities. The standard ISO range is 80 – 3200 and expands up to 12800 in the low light mode. From the test shots below you can see the quality of image at various ISOs… 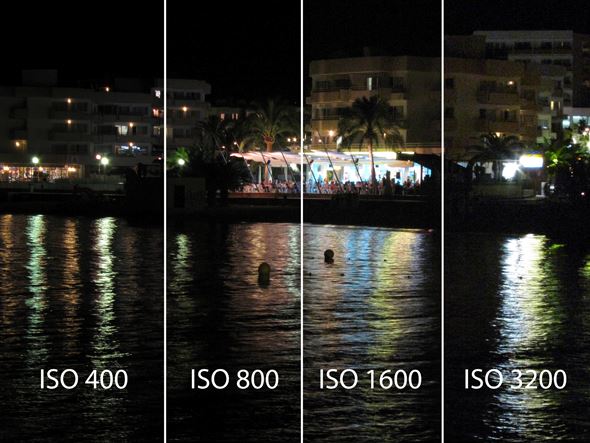 The S95 can also produce HDR (High Dynamic Range) images automatically, in camera (as JPEGs). It is recommended to use a tripod when taking HDR images to prevent movement between exposures. I managed to take a couple of HDR shots by resting the camera on a stable surface and using a timer. 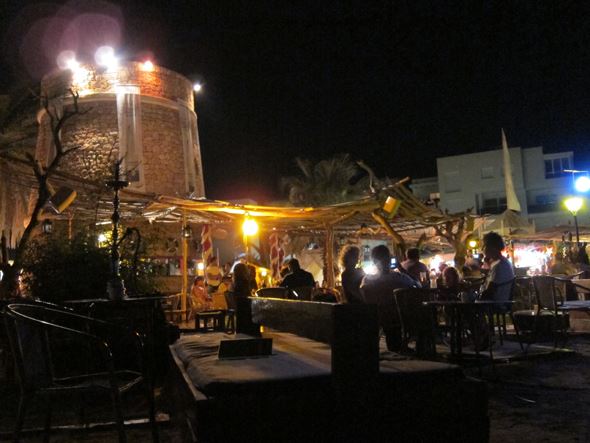 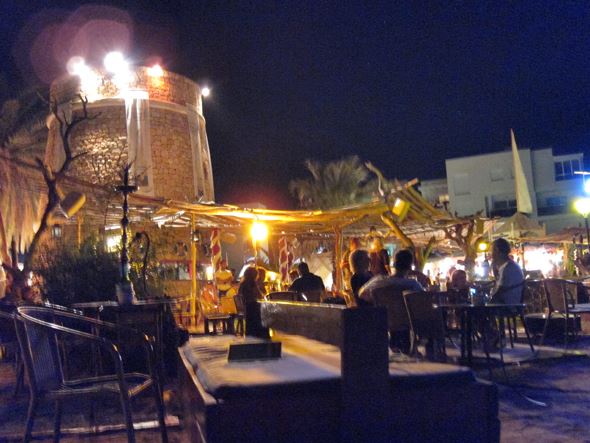 The results definitely showed extra details in the shadows but also gave a slight blue cast to the deeper shadows; my preference is for the non-HDR version. When shooting in one of the manual modes there is a bracketing function available which automatically takes a pair of additional images, one either side of the exposure you set. Very useful when you are unsure about the exposure settings and want to make certain you get the picture. 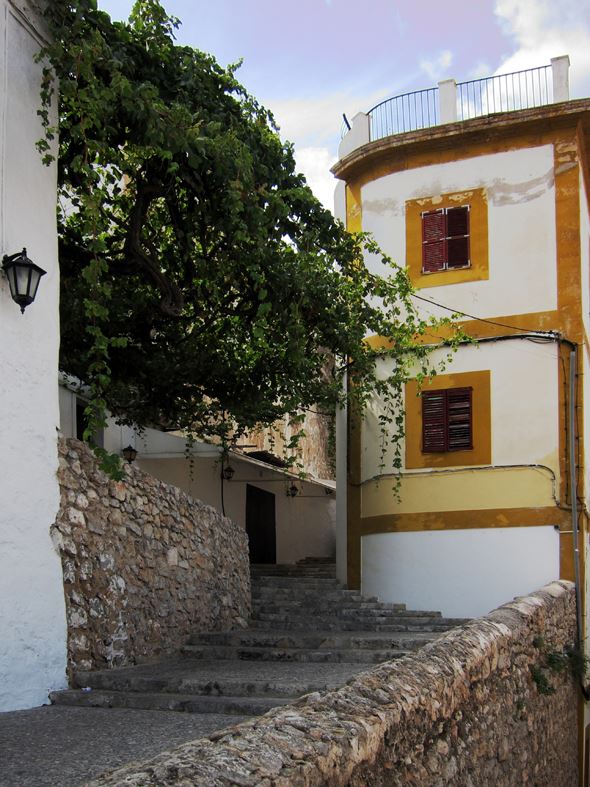 One of the many winding streets in Dalt Vila. Capturing the detail in the shadows without blowing the highlights, assisted by bracketing.

Almost as an after thought the PowerShot S95 has been updated with HD movie capability, which I did try and can confirm it works, although if you were going to buy the S95, it probably wouldn’t be specifically to shoot HD movies. It’s nice to have but by no means the main selling point of the camera. 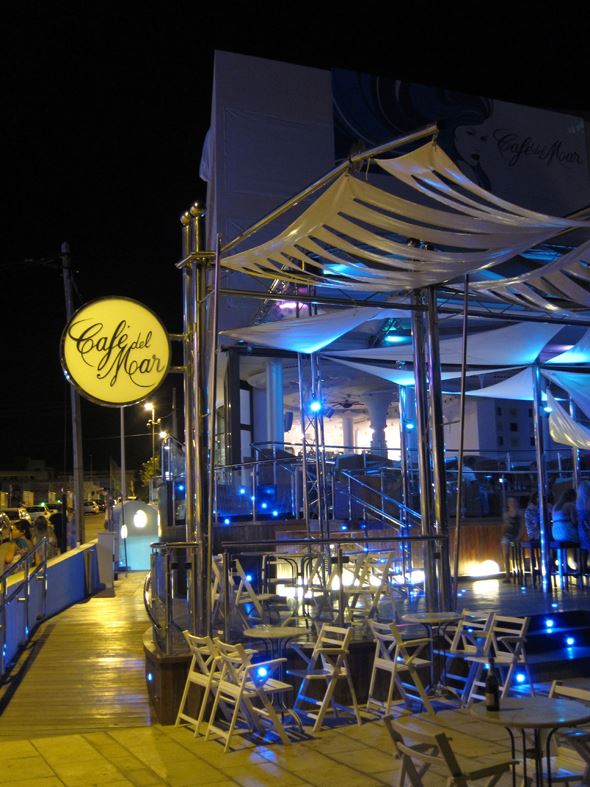 Overall score: 9 Great when you don’t want to lug around a DSLR.