Here's a turn up for the books! What were they thinking, me with a Nikon fit lens, with my reputation? So I'm an Olympus bloke but that does mean I love good glass and my Nikon friends are always trying to convince me there's some good stuff on the F mount. Lets see...

I'm a beginner so I'm not starting with a Nikkor but here's a Tamron lens that I don't expect ever to appear for Olympus – a demonstration of the power of numbers that the big boys at Nikon (and Canon) command. There aren't many direct competitors... in fact none. At present Tamron hold the record for the widest focal length ratio – this is a 15x lens! Camcorders got lenses with numbers like these a while back and people gasped, then ultrazoom compacts made people's eyes water and now some lucky SLRs have got into that ballpark. To show I'm grounding myself in Nikoness I'll compare it against the kit lens I've always thought made a good case as the no brainer choice for baby Niks – the 18-105mm.

That comparison isn't a stretch at all. This 15x Tamron is damn near identical in size and weight to the handy 5.8x kit lens. It's an obvious upgrade for that general purpose workhorse and easily answers the 'only lens you'll ever need' brief for most people. A recent update has made it smaller, lighter, faster and added more initials to its over long name. 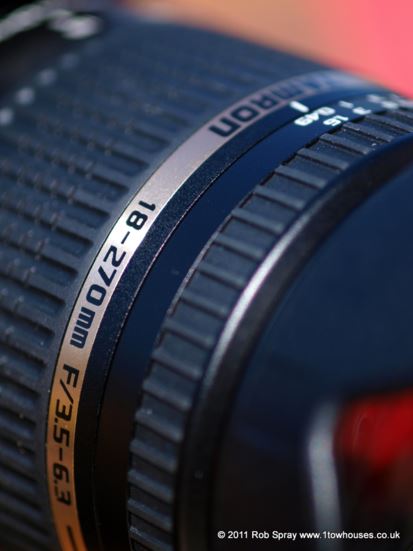 Numbers don't lie, it may be small but this is the pocket zoom leader

The Tamron isn't a premium lens but is built well and certainly doesn't feel at all cheap - it weighs in at around 450g (almost precisely a pound). In some ways it's a lens of two halves with the metal mount, base and zoom ring looking top notch and the featherweight focus ring and two stiffly expanding sections showing why this lens is 'just' a very reasonable 500 quid. The standard of construction is a worthwhile smidge better than the 18-105mm but the feel of the controls isn't so refined. I preferred the focus ring at the far end to the kit's control close to the body.

With Nikon's 1.5x crop factor for its DX sensors the Tamron's 18-270mm range becomes a 27-405mm equivalent lens – very handy. Not a birding lens but great reach for bird tables, larger animals at distance and open field sports events. The old version of this lens used a conventional micro motor, the PZD designation means that's history. Ultrasonic ring motors are the sports shooter's choice and perhaps as relevant these days they are near silent and swifter for video recording. It's not the fastest ultrasonic motor but perhaps more usefully as a lens for all seasons it is smooth for video enabled SLRs – if they choose to be civilised about their focussing. 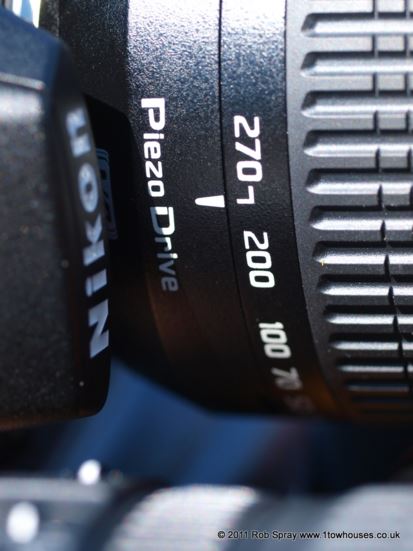 The internal Piezo motor means it will work with any DX body, it's not a full frame lens so it will vignette on an FX sensor unless the output is cropped.

There are three switches on the lens, the first a mechanical switch for selecting AF/MF which was redundantly just a gnat's skip from the same control on the D90 body – it feels like you might provoke some unpleasant graunching if you tried to manually adjust focus in AF mode... but to be fair it is all but locked solid so I was never tempted.

The second switch is to enable, or deactivate, VC (vibration compensation) Tamron's flavour of image stabilisation. Theirs is a moving coil system which jumps into action once the shutter is half pressed with the effect immediately obvious in the viewfinder. You can feel that it remains active for a short while after the shutter is released. I didn't reckon it was the most effective SLR IS I've experienced but it certainly works and I find the steadied view markedly preferable to sensor based systems, which can't help your composition except in live view. 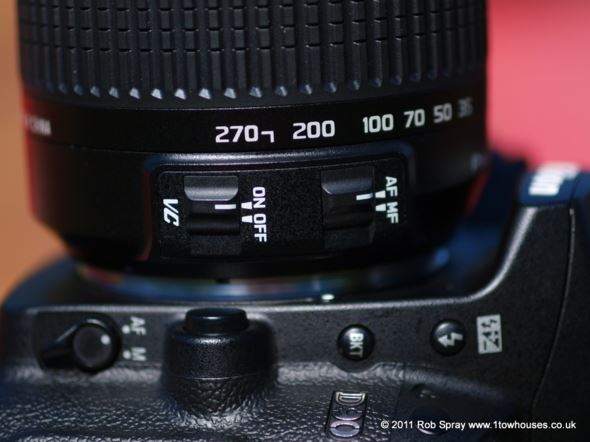 The last 'switch' is a lock to stop zoom creep, this locks at 18mm, where there's no sign of creep at all. The initial zoom movement is actually rather stiff but as soon as you move beyond 30mm and let the lens hang it will free fall towards 200mm. That's not a serious problem just a bit tiresome as the lens doubles in length and you could find it dangling into danger, crud or puddles. With such a lot of internal glass movement it's inevitable to keep the zoom control reasonably smooth.

I try to do my homework with reviews and the word on the street is that this lens strikes a surprisingly good compromise for something that can only be described as a jack of all trades. The wide end has a bit of barrel distortion but nothing remarkable and it is decent through the mid range. The long end is the toughest arena and has drawn some reality checking assessments – there are no major problems but it cannot hold the same sharpness and control all the way to its impressive far, tele conclusion. As you can see from the example that’s a reviewer's finicky assessment and more demanding than most photographers really need to be - the enthusiasm of user reviews from normal people is more telling. 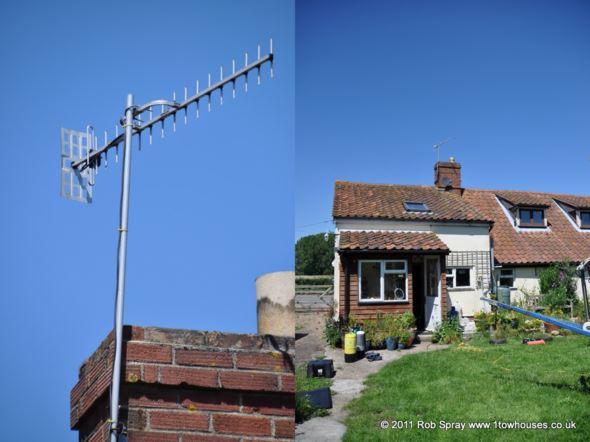 The 15x zoom looks like this - from the same viewpoint

This wasn't a lens I expected to be at its best wide open and that proved to be the case, there's a sweet spot for sharpness around F/8-9. Any further and you will head into diffraction (it takes optical magic to avoid that). Beyond 100mm there's a tendency to corner softness at large apertures but it's best to view that as an upside, the small maximum apertures reduce your options for subject isolation and this 'weakness' helps out. Out of focus areas are very smooth and bokeh is non-distracting with little halation. Don't be hard on the lens for it's F/6.3 open tele aperture – it stays as bright as most 'competitors' and then goes on much further than they do on top. Commendably that's all with a 62mm filter thread so protecting this lens won't be costly. 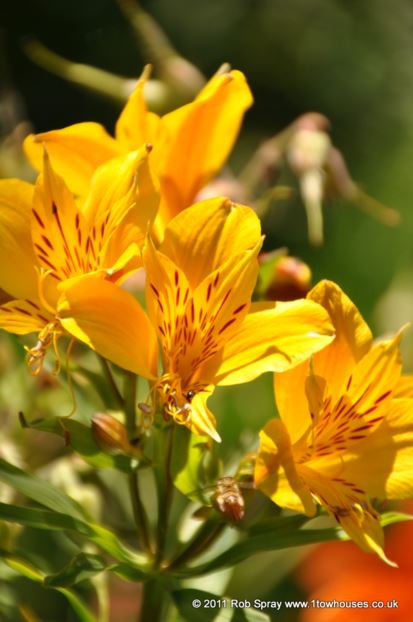 Long reach and close focus win back some subject isolation

So is it the perfect travel lens? It certainly crams in all you'd normally need – with some icing on top as it has more than excellent reach – 300mm equivalent used to be 'long' so the 405mm the Tamron offers is a very useful bonus. (In fact it's an even more impressive 432mm on a Canon mount). I think it depends on your tastes and your level of fitness and weight tolerance. As an Olympus person my rigged travel SLR could be lighter than this lens alone – but it isn't, I carry my favourite heavy lens and a separate tele zoom which itself weighs another kilo. With the excellent low light performance of today's SLRs the relatively dim far end can be compensated for with elevated ISO and the effective image stabilisation. While we're mentioning the IS, sorry the VC, if you're a Sony person who has snuck into this review you might be interested to know that the in-lens IS is left out for that mount – since you have it in-body. 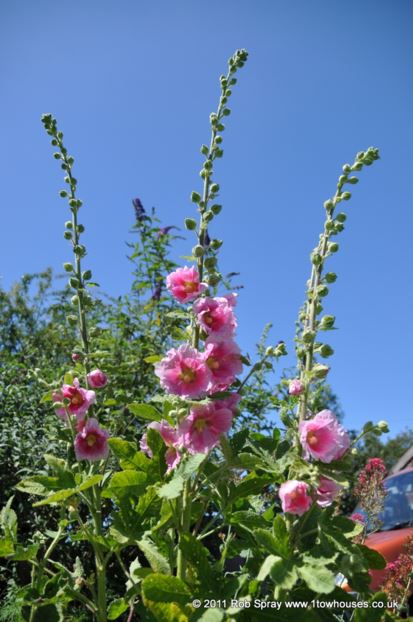 A freebie bonus with this lens is the 0.49m minimum distance it holds throughout the whole zoom range... which is actually a double edged sword. That's not great for a wide lens and limits bringing subjects out to pop in front of a soft wide scene but does decent nearly macro duty at full zoom. Don't expect to shoot ladybird eyebrows but flowers and dragonflies are on the subject list. 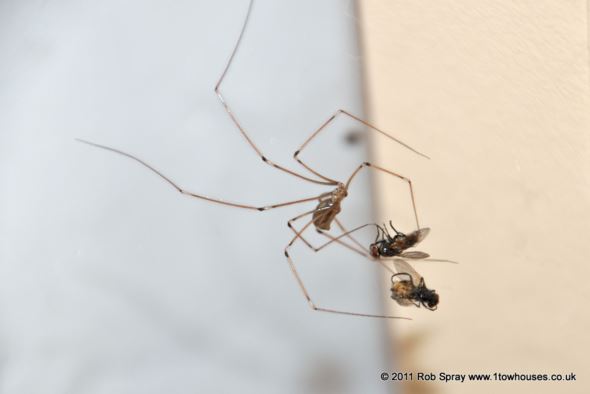 I always try to include some spider action - not so macro, more big(ish) spider

This was a great chance for me to try the Nikon experience and the kind of third party support I don't get in the lofty but sometimes lonely corner of the world that is the Olympus SLR kingdom. I know I won't lose too many friends when I say that there's a lot to like. It's a clean grown up experience which has proven itself and was a great platform to compare Tamron's one stop glass shop with the excellent 18-105mm kit lens which many people believe will never need to come off the camera.

In that comparison, the tubby Tamron makes a great case for itself. The strongest end of its range has no significant downside compared to the kit lens (which is a good one) and after that it just goes on and on. It isn't in the same league as top lenses but – just to make the point again – it weighs and costs a quarter of my preferred pair of lenses which cover the same range. Yes they kick its backside all over town for a nit picking nerd but even I'd concede that in the real world there's nothing to bleat about. I would consider it answered the travel brief even more accurately if there was some degree of weather proofing – travel is often outdoors!

The Tamron 18-270 looks and feels well balanced on a mid range body - a sensible travel system.

Would I get one of these if it came in my mount? Oh yes! Would I cross over to Nikon for it, nope - but it's part of the package to consider when you're choosing which mount to go for. I think it's perhaps a tad heavy as a hiking set up but no imposition for a road trip or location based travel. That's hypocritical guff from someone who'd take another lens rather than clothes, money or soap... but if you're not a naked, penniless, smelly traveller this could be the answer to a maiden's prayer!

Less compromised than it should be, costs less than it could :-)