If you think that flash is only for indoors, think again. Mixed with daylight it can bring star quality to an outdoor portrait. Indeed, much of the location portraiture that fills magazines and supplements relies for its impact on a careful blend of flash and available light. And without the flash, the images would be flat and lifeless. 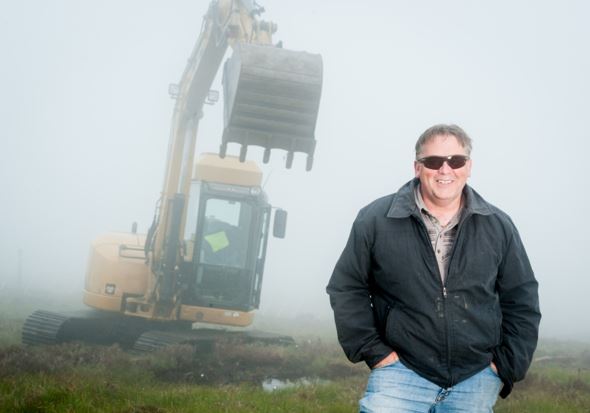 The light was about as bad as it could be and in the fog, clear visibility was cut to about 3 metres. Flash in a big softbox cut through to help Shy stand out from his gloomy surroundings

Flash allows you to take control of the light falling on your subject: its angle, and how hard or soft it is. It allows you to separate the subject from its surroundings and to work when the contrast is too high to shoot with daylight alone.

There are two fundamentals about lighting we need to grasp at the outset. Firstly, the bigger the light source and the closer it is to the subject, the softer the shadows and more flattering the light.

Pete Babbs at Milton Ness, Aberdeenshire - in this shot of Pete, the 1 metre square softbox was less then 2 metres from the subject

Secondly, it is the light-to-subject distance that influences exposure, not the camera-to-subject distance. So, you could have a light source (say a flash firing through a diffuser) that measures 1.5 m placed 10 m from the subject and the shadows would be much harder than if it was 2 metres from it. Whether the camera is right beside the subject or you’re using a long telephoto to frame it from further back, the exposure is the same.

If you think big in terms of your light source, you’re halfway to creating beautiful lighting for your picture. Contrast these two images, one of my friend Erwin and the other of the actor Greg Wise, shot on commission for the Woodland Trust. 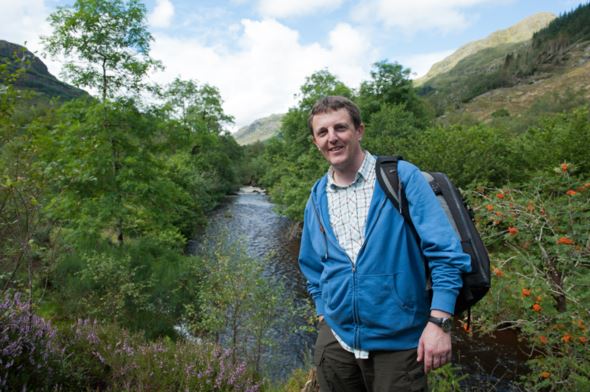 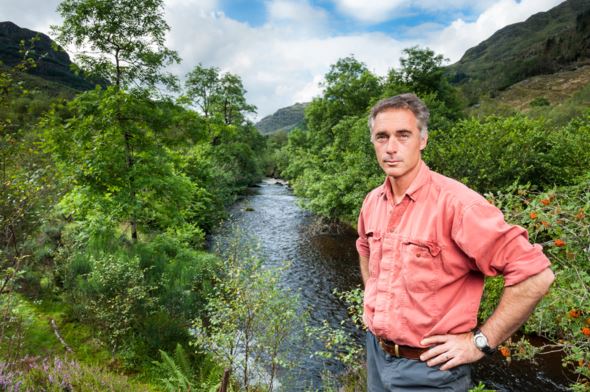 Actor Greg Wise on his estate near Dunoon, Scotland

I took the picture of Erwin when we were scouting potential locations for the shot of Greg on his Scottish estate. An uncomplicated snap let me see the potential of the location – and also revealed the difficulties I would have if the sun began to shine: most of the subject’s face would be in shadow. When we all returned to the spot an hour later, the sun was beginning to break through the clouds. This was great for the background but left the actor in shade. A single flash in a 135cm softbox just out of shot to the right provided a beautiful fill.

As usual in photography, there are the expensive, convenient solutions and the cheaper, more fiddly ones. But the results may be almost indistinguishable. Many of the pictures here are taken with the highly portable Elinchrom Ranger Q system but near identical results can be had from simpler gear: all it does, after all, is create a big light. 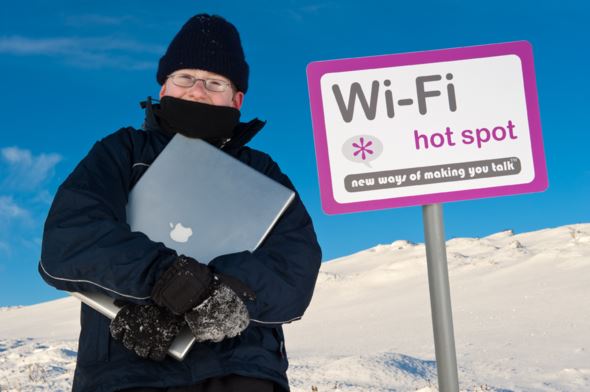 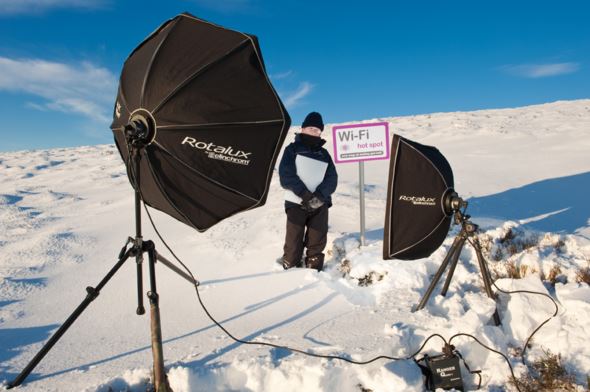 The easy, but relatively costly way of doing things for proper lighting control in extreme conditions

When it comes to making a big light source with your flash gun you have two options: to bounce its light from a reflective surface or to fire it through a large piece of material that will scatter the light, giving soft shadows. Bouncing wastes a lot of light and is harder to direct than diffusing; I’d recommend the later. The expensive – and convenient – route, involves putting a bare bulb studio flash head inside a big sofbox so you have a self-contained, easily supported light source.

The alternative involves firing a flash through a piece of diffusion material (such as a one metre square piece of Flyweight envelope stiffener, or a Lastolite diffuser). The trick is to position the flash far enough away from the diffuser so that it is all illuminated: no point in firing it from a foot away and expecting nice soft light. If you want to use the Lastolite Panelite Pop Up diffuser (a good option for full length portraits) you’ll ideally need two flashes to light it all, not to mention some help supporting it all. 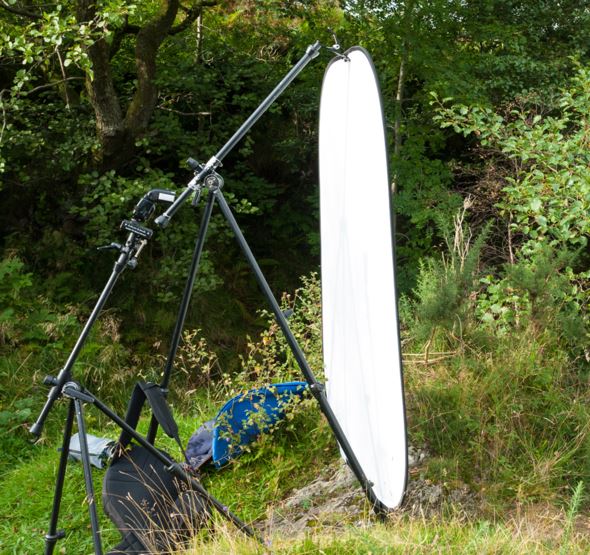 Clearly you’ll have to find a way of getting your flash gun off-camera so that you can direct it through the diffuser. A cordless link is ideal – Seculine Twin Link, Phottix Strato or SMDV Flash Wave wireless radio transmitters offer cheaper alternatives to PocketWizards – but failing that, a long sync cord to connect the camera to the flash is a cheap alternative. Since the flash will be used in manual mode (and its output controlled via its manual power settings) there is no need for expensive TTL sync cords. If you can find a simple light sensitive slave, you can even use a camera’s built-in flash to trigger the main one but you’ll need to dial its power all the way down so that it doesn’t influence the exposure.

One expense it’s hard to avoid is a means of supporting the diffuser and flash gun(s) while you take the pictures. If I’m working without assistance (and children can be a cheaper alternative!), I use ancient Mark 2 Benbo tripod for the diffuser or softbox and for the flash gun, a more recent Benbo Trekker. You’ll appreciate, however, that in even a light wind, the diffuser acts as a sail and it’s better to have someone hold on to it.