An Introduction to Street Photography

"Street photography does have a role
It speaks of our time, of society's soul
Of technology, of fashion, of societal norms
How it conflicts, how if conforms
To notions of decency, taste and behaviour
Of things that disgust, of moments to savour." 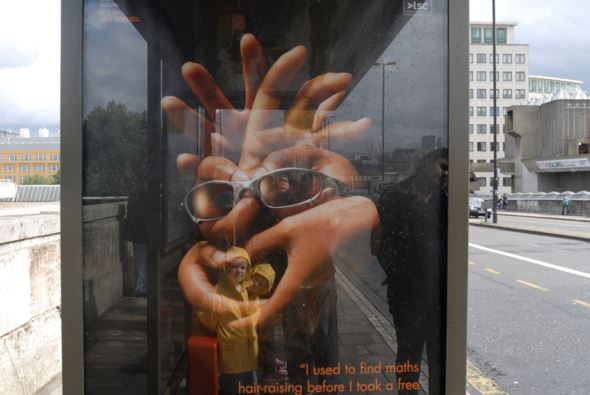 I wrote those words in 2009 as a preface to my book, Mixed Messages. They're enough to sum up what street photography is all about for me and I'm sure many others too.

I'm a street photographer first. An assignment photographer and filmmaker second. Much of the work I make on the streets is while I'm on my way to an assignment, or to the shops, or to pick up my sons from school. All the while I have a camera, I cannot leave home without one.

And it was a dog that started it all.

When I was young I had a dog called Tom. He was an important part of my life but I couldn’t bring him to art school with me so I photographed him. Later I left art school and moved to England to study photography and those photos became more precious. I've been photographing dogs and their people ever since.

In ’99 I moved to New York to study at the International Center of Photography under the tutelage of the marvelous Joan Liftin. I found it difficult to loosen up there. I had previously been shooting for the Press Association in London and so had a very particular way of working. But Joan's husband, the brilliant Charley Harbutt sorted me out. His workshop changed everything. I came to realise that it's the small moments between the big events that are the most precious. 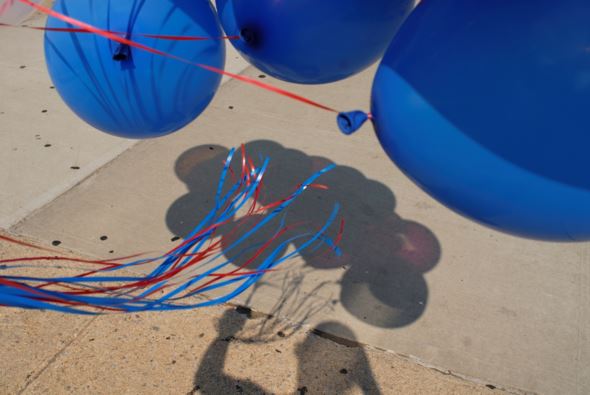 Street photography is all about making a visual record of our era and I think it does this better than anything else. Television is filtered and polished and often there's an agenda. So too with newspapers and magazines. But street photography is honest, unposed and speaks volumes of our urban environments, fashions, technology etc., as I suggest in the opening quote.

Firstly, you've got to get your footwear right. I'm reminded of an old Irish proverb - What good is an umbrella if your shoes are leaking? Street photography often requires hours of standing around or walking for miles and in all weathers, though many just shoot when it's fine. I like shooting in dull or damp weather too, colours can do amazing things in such conditions. You need sturdy support, go for something air cushioned. This will also allow you to move silently, no point in click clacking around when you're trying to be unobtrusive.

Next you'll need a canister of tap water. Don't drink too much but sip as you need. You'll think better properly lubricated. But if you drink too much, you'll need to relieve yourself and that brings me to the next point.

Get to know where the public toilets are in the area where you'll be shooting. If it's in London, make sure you have plenty of loose change as many loos charge up to 30p.

Movement is crucial in street photography, you'll need to keep yourself in good shape. That means eating sensibly and doing some stretching every morning. It doesn't take long. Touch your toes, twist your torso, stretch your shoulders and neck. Learn to relax your body completely and get in the habit of doing so every day. Being practiced at this will allow you to better react to tricky situations. You'll be calmer and be able to think clearly. And while interesting things are happening around you, you'll be able to dance in and out of the shadows making good pictures with confidence. 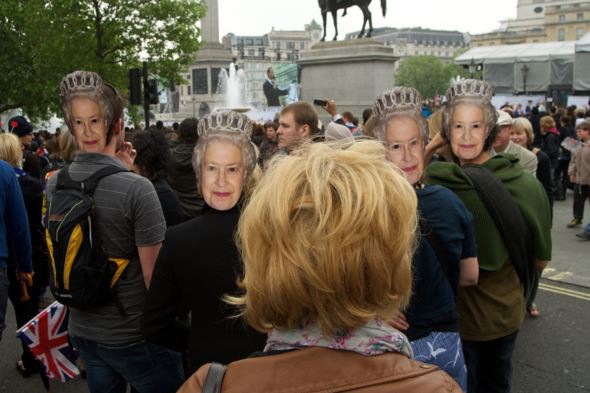 The Royal Wedding of Prince William to Kate Middleton. Revellers wearing masks of the Queen on the backs of their heads near Trafalgar Square. © Paul Treacy

One of the difficult aspects of street photography that still gets me flustered is where to go. Should I stay right where I am? Should I go left? Should I turn right? Should I go back the way I came? Where are the next shots going to come from? Well, this is where all of your other senses play a part. Smell and sound often lead to interesting situations. Or sometimes you just go with the flow where other dynamics that come into play will lead you somewhere interesting. These are often little understood and it becomes an instinctive part of making work on the streets. The more time you spend on the streets the more of such magical experiences you'll enjoy. Sometimes when you hit a zone of interesting shot making you'll snap out of it, through needing the loo or suddenly feeling tired or hungry, and you'll not be entirely sure how you ended up where you are, or how late it has gotten perhaps. But you'll find that you've made some good pictures and learned something new about humankind and about yourself.

Sometimes I find that the faster I walk, the more the world seems to slow down. When this happens I find I can process everything in front of my eyes right into the corners, I don't miss anything. I become super-sensitive to everything that's going on, almost as if the world in working in slow motion. On the occasions that I can achieve this level of awareness, I will make good pictures. It's like the sensation of seeing a glass about to fall off the edge of a table but being paralysed to doing anything about it crashing to the floor except that I feel like I can catch it in time. And as I get older this ability gets stronger. Sometimes I can achieve this zone like concentration just standing still and letting the world come at me instead of going after it. You'll soon become aware of your particular abilities.

Perhaps I could suggest that you learn to process what your peripheral vision is seeing. I learned to do this quite deliberately when training to ride a motorcycle where I needed to figure out a way to be aware of my surroundings more acutely while compromised under a safety helmet. 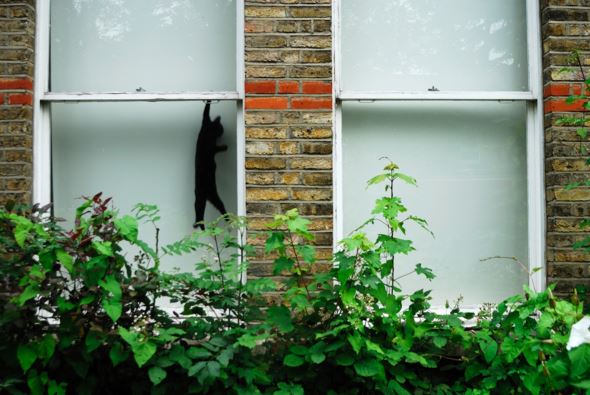 A few points on the photographic aspects...

Shoot manually. Many suggest shooting in aperture priority but I think that's a mistake. If you're about to shoot a picture of someone interesting but a white van zooms past and catches a ray of sunlight while it's at it, your picture will be ruined in auto mode, for example. There are many white vans about the place. Get into the habit of tweaking your settings as you walk into the shade or bright sun. It becomes second nature over time. Also, get to know your most common exposure settings for a range of light conditions. This is important. I don't need a meter. I know what the settings are wherever I am and for whatever takes priority within the frame. You'll get super quick at doing this with practice.

To minimise the amount of time the camera is at your face, learn to prefocus. Develop your ability to approximate distance. Is that person 6 feet or 10 feet in front of you? How wide do you think that road is approximately? That kind of thing. Then you simply need to slightly tweak the lens rather than go searching for your subject which could draw attention or take too long such that the moment will have passed. Another way to look at this is, shoot first, focus second. At least then you'll have the moment and you'll likely be pin sharp when considering depth of field anyway. If the situation is still interesting after that first shot, you can be more critical with the focusing. Your exposure will already have been spot on. 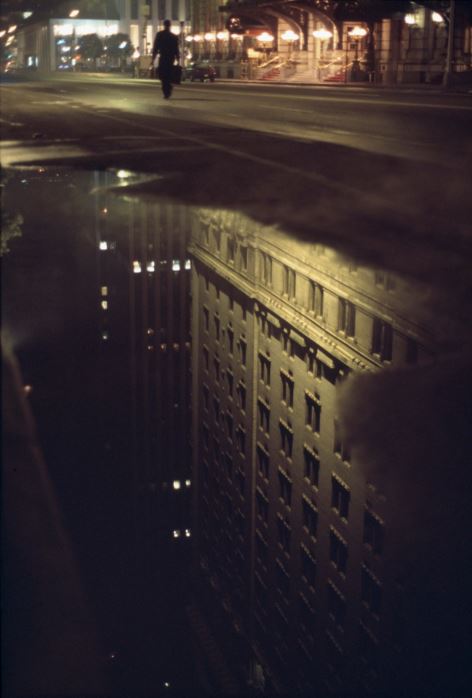 A lone figure with a briefcase walking along Central Park South in Manhattan. © Paul Treacy

Let me add something from my colleagues at the UK Street Collective - Justin Sainsbury says "Take the picture - wonder if it has depth and breath later on." He also suggests mixing it up. "Do high streets, parks, events, bridges and country fares. Look out for any small deviations in commonplace behaviour and then time your approach to capture gestures or actions."

Richard Baker says, "It takes stamina and a confidence looking for street pictures. One should remain alert and ready for just about any surreality that presents itself around the next corner." 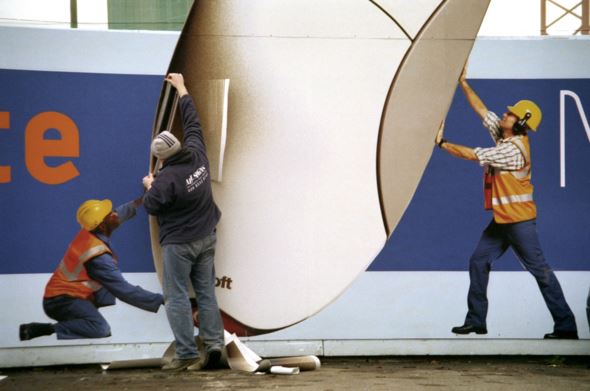 A worker fixes a piece to a poster that creates something of an optical illusion. © Paul Treacy

Finally, let me talk about the language of photography. It's all wrong. It's aggressive. It's all about taking. Shooting. Shots. Firing frames. I don't like it. The public doesn't like it.

When I'm confronted by the public and asked why I'm "taking" pictures, I say I'm not taking anything from anybody. I'm merely MAKING images, or photographs. I might add, "Would you mind if I make a picture of you?" Often people will switch from wariness to friendliness immediately. It's a creative process after all. Nothing is being taken. Images are being created. Simple as that. Tell it like it is, I say.

Paul Treacy is a street photographer whose clients have included the New York Times Magazine, Irish Times, Guardian and the Independent. He is a founding member of the UK Street Collective, a gathering of three street photographers established in March 2011.