Editorial: Can you really teach somebody to be a creative photographer?

In the first of a new series of articles, Geoff Harris considers what’s required to move from competence to creativity. 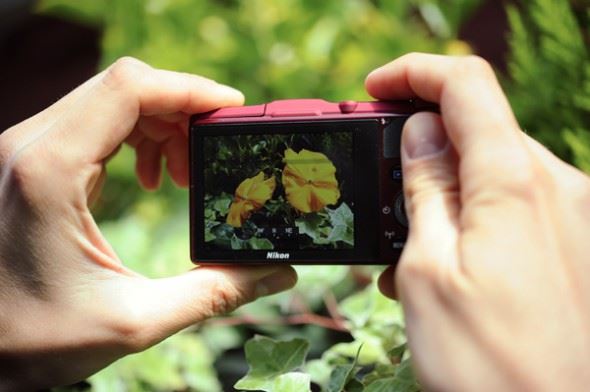 Part of the reason that photography is such a rewarding – and challenging – pursuit is that it’s both an art and a science. For most people, the science bit boils down to figuring out the exposure triangle of aperture, shutter speed and ISO, and how controlling each will give you the results you are after. It’s obviously important you buy the right kit, though it’s actually quite hard to buy a ‘bad’ camera these days if you do your research.

Getting to grips with the science bit can be tough, but it can be mastered. Read the right books or attend enough courses about the exposure triangle and advanced focusing techniques, and you will eventually get there. But what about the ‘art’ bit? Here’s where some people struggle.

While you can do courses in creative photography, it’s a bit like doing a course in successful sales; you can certainly learn techniques to improve your chances, but there is no guarantee of success. I remember the eminent nature photographer Heather Angel telling me how amusing she found it when students – usually men, for some reason – would ask her to “teach them composition”. If only it were that simple.

I believe that although some photographers do have an uncanny gift for creativity, much of it also comes down to study, hard work, mindfulness and practice. Let’s take the example of Don McCullin, who is rightly applauded as one of the finest photographers the UK has ever produced. Despite having shot right on the front line of some major 20th-century battles, his work is genuinely creative and always beautifully composed. So how does he do it? Don reminded me in a recent interview that he has been a voracious reader of photography books since his early 20s, and was influenced by big names like Bill Brandt and Alfred Stieglitz, as well as lesser-known luminaries like Peter Henry Emerson (famed for his Norfolk Broads images).

As a result, Don talks about having built up a ‘database’ of classic photography in his head that he can draw upon for ideas and inspiration. He’s done this throughout his career, but he doesn’t just copy. “Borrow from the past the way that painters and musicians do,” he says. “It’s not a crime so long as you don’t plagiarise.” So, having a strong sense of great work from other people can definitely give you a starting point for creativity. Jimmy Page or Eric Clapton both used the blues as their foundation, remember, but they are much more than simply good blues guitarists …

Secondly, you need to be prepared to break the rules and experiment. There is a tendency in photography to take some well-established principles as gospel and never break them. Why should you keep everything razor sharp in sports photography, for example, and never use motion blur? Why do landscapes always need to have depth of field stretching to infinity? Why does there always need to be a boulder or path in landscapes to lead in the eye? It’s good to know such techniques as they can be useful, but they are not unbreakable rules from the Almighty. The problem with slavishly following them is that your images tend to look like everyone else’s. This is the opposite of creativity; it’s just mimicry.

Thirdly, you need to be mindful and work hard. By mindful, I mean you need to be very aware of what you allow in the frame before you press the shutter-release button. Rigorously interrogate the four corners of the frame to make sure that every element you are about to record deserves to be there. Staying mindful in this way can yield much better pictures; even photographers who are under great pressure to work fast, such as professional sports photographers, think very carefully about this to ensure clean and undistracting backgrounds.

As for working hard, I mean that you need to put in the hours so you know your camera inside out so you can react quickly – and yes, break some of those hoary old rules when you need to. Henri Cartier-Bresson was famed for his almost supernatural ability to freeze perfectly composed ‘decisive moments,’ but much of this was also down to practice. He could whip out his Leica and instinctively knew the right settings for that decisive moment, rather than fumbling around. What’s more, Cartier-Bresson generated lots of images he wasn’t so happy with, and spent long hours poring over contact sheets. He certainly wasn’t afraid of making mistakes, but the point is he learned from them.

So do I think photographic creativity can be taught? Yes, to a large extent. But only if the student also remembers the old adage: “success is 10% inspiration and 90% perspiration.”

5 Lighting Accessories to Transform Your Portraits

8 Ways to get Completely Different Images

5 Quick Ways to Inject New Life into Your Photography