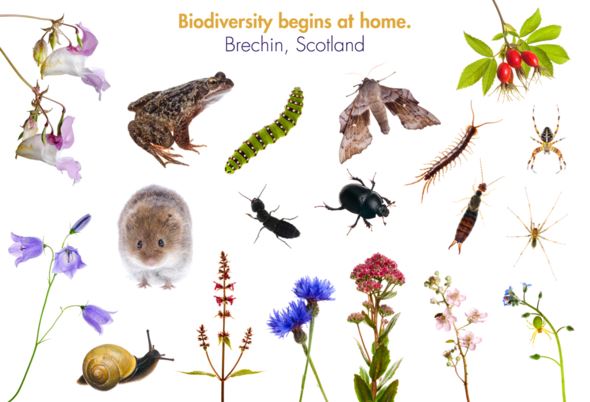 When I came to that stage in my career where I wanted to have more time at home with my children and less on the road, I thought hard about what sort of photography I could do. I needed an idea that would allow me to photograph what I had covered locally in years gone by, but in an entirely different way. The field studio provided the solution. As a bonus, I found, freed from a reliance on favourable weather and light, I could also be much more productive. Whether you’re a recreational or a professional photographer, the ability to produce extraordinary work on your own doorstep, day or night, is a big plus.

Field studio photography looks quite unlike 'normal' nature photography. For one thing, its stars are often the overlooked animals and plants you can find near where you live rather than the exotic or rare. But the biggest difference is the pure white, back lit background that shows up the subject not as a species or a member of a community but as an individual in its own right. The field studio gives celebrity status to even the most humble subjects. 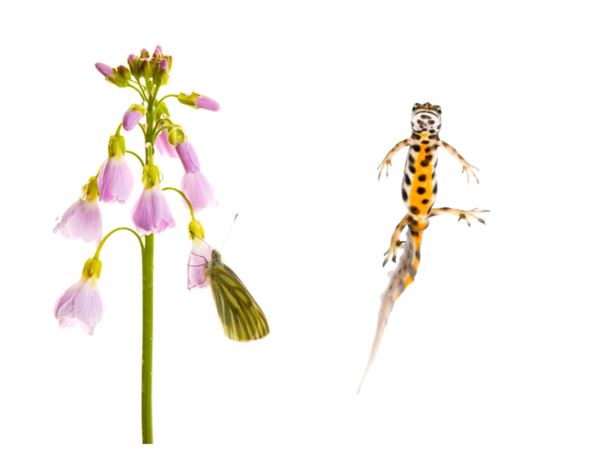 The good news is that you don’t need to spend a lot of money to get started. Your initial investment may extend to no more than a sheet of opaque acrylic, a piece of envelope stiffener as a diffuser, a couple of old manual flash guns and a means of triggering them remotely from the camera. More money buys more convenience and faster operation but the essential look of the images is almost indistinguishable between this set up and a couple of Elinchrom softboxes and a Ranger Quadra flash set.

There are a few technical principles to get to grips with at the outset:

(Incidentally, whether you’re interested in nature photography or not, you’ll find these principles have wide application in other branches of photography.) 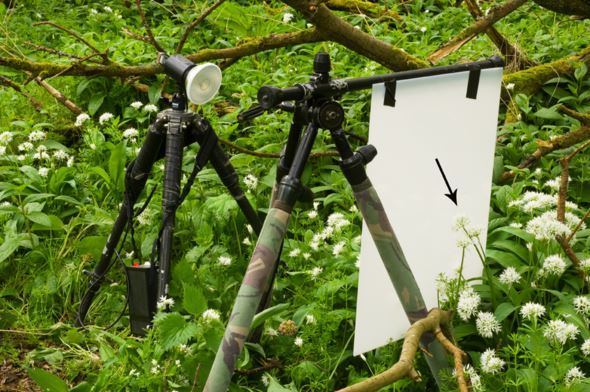 Flash set up behind perspex sheet 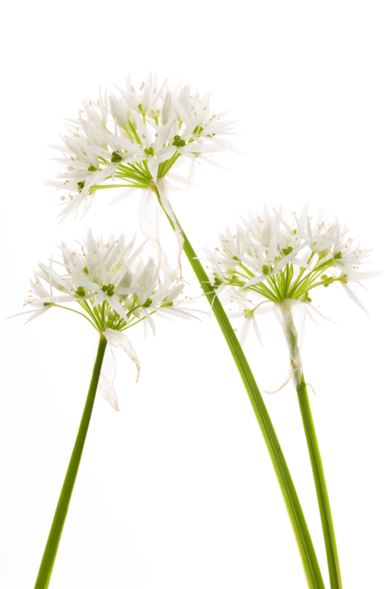 You may be wondering why we need to backlight the background and if it really matters if it’s not pure white. On both counts, the answer is an emphatic “yes!” The glow that is apparent in field studio pictures comes from backlighting. It describes depth and distinguishes these pictures from “cut outs” and subjects shot against white paper. One of the really cool things we can do with field studio images is composite lots of subjects together onto the one page. If they have each been shot against a pure white background they can be dropped straight onto the page without any fiddly cutting out. And if you’ve ever tried to select an out-of-focus edge in Photoshop, you’ll know how difficult it is to do convincingly. 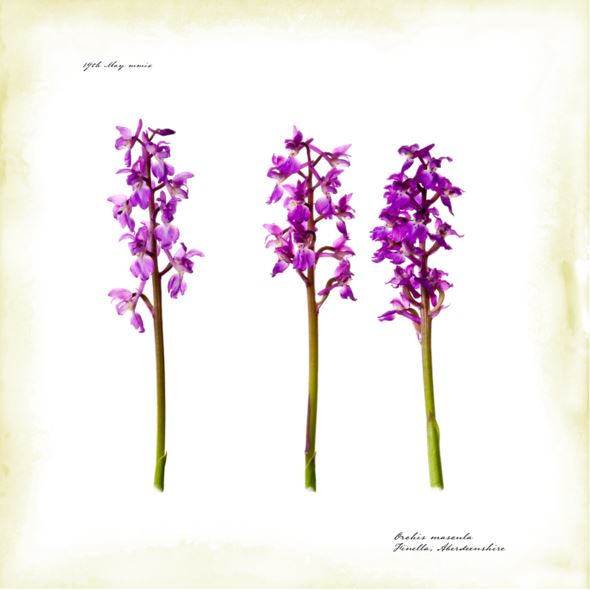 Start off with only your rear light source switched on – the one that illuminates the background. This could be a flash head inside a softbox but let’s assume we’re using the “introductory solution” –  a flash gun firing through an A3 piece of 3mm acrylic with a 40% light transmission rating. You’ll need to shoot in RAW mode with the camera and flash set to their respective manual modes (this won’t work if any auto modes are used) and the flash should be far enough away from the background to illuminate its whole area. As a starting off point, set the camera to ISO 200 at the maximum sync. speed for manual flash (probably about 1/200 second)  - so that daylight doesn’t register in the exposure – and the aperture at  f14. It’s then a matter of adjusting the flash’s output, manually, until the optimum exposure is reached. In this case, that means a background that is “blown out” (ie, overexposed), but only by half a stop or so. The difference between a background that is half a stop over exposed and one that is 3 stops over exposed is in how much light spills forward onto the subject.

Now switch on your front light source. The idea is to provide enough front illumination to show subject detail but not so much that you overwhelm the backlighting effect. 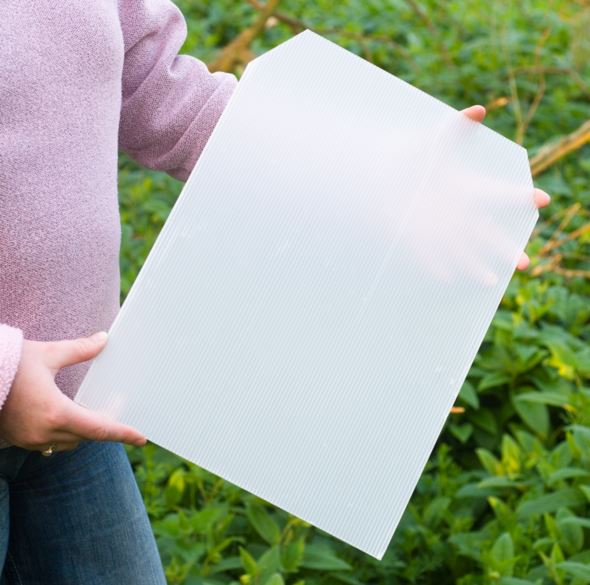 The diffuser material (a piece of opaque envelope stiffener is ideal) needs to be placed as close as possible to the subject while remaining out of frame. As a guide, the front flash needs to be twice as far from the diffusion material as the diffuser is from the subject. This creates a large, soft light source and it’s then just a matter of adjusting the flash’s output (this one is also on the manual setting!) until the right amount of fill is provided. While your camera’s preview image may look washed out, so long as there are values across ¾ of the histogram, you’ll be able to reintroduce the dark ones during processing.

Now, to find your first subject. It may be closer than you think... 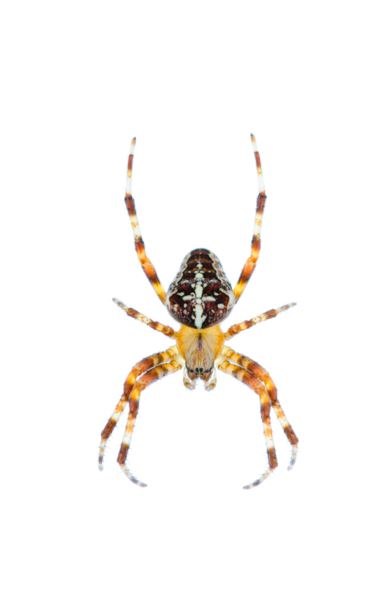 In part two of this series, I’ll describe the various equipment options and the different sets we use for small animals and underwater subjects.