How Fast Can You Sync?

For those who are scratching their heads at what that means, the flash sync speed of any camera is the fastest shutter speed you can use with flash before the shutter and flash fail to synchronize together, and you get a failed photo.

Broadly speaking, in the case of SLRs and Micro Four Thirds (MFT) cameras, where the shutter sits directly in front of the imaging chip, an un-sync’d flash results in a partial blackout of the photo, whereas in the case of cameras like the G11 and the new Canon G12, the flash will simply be underexposed.

With SLRs and MFT cameras, the fastest speed you can use flash at is generally between 1/160th and 1/250th of a second (check your manual for the actual top speed).

However, in the case of cameras like the G11 and G12, you can get away with higher flash sync speeds than with SLR and MFT cameras, which opens up new possibilities for creativity. I can get the G11 to sync at up to 1/800th of a second when using off-camera flash. I haven’t tested the G12 yet, which was launched this month, but it shares the same flash synchronization spec as the G11 so I would expect the result to be the same.

To play with this trick though, you may need some workarounds. Just using the built -in flash, or connecting a dedicated external flash via a TTL cable, normally results in the camera sensing it has a flash attached and defaulting to a lower shutter speed even in Manual mode. Instead, I use PocketWizards connected either to a 580 EX, or a battery-powered portable studio flash.

In the examples on this page, I wanted to experiment with strong evening sunlight coming in from behind the model (my Scene Emo daughter Ellie *sigh of exasperated father*).

The first frame here is a fairly simple portrait, but to get the sky to appear all moody I needed an exposure of f/8 at 1/800th of a second (100 iso). Without flash, Ellie would have been completely black so I just set the flash power manually to fill in from the side, creating this "outdoor studio" look. 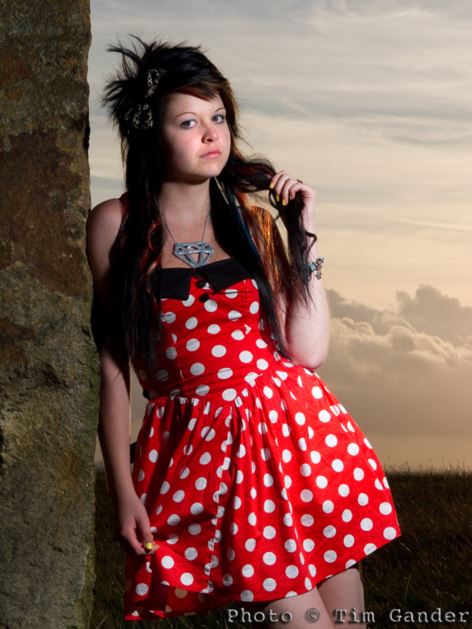 The next frame shows you the set up. That's a Canon 580 EX with a clever little spillkill attached, and triggered via the Pocket Wizard. If you don't have a pocket wizard, you could use hotshoe PC adaptors on the camera and flash and connect via a cable. Just remember you're attached, and don't pull the light over. Also, be wary of non-Canon flash trigger voltages as these might melt your camera internals. 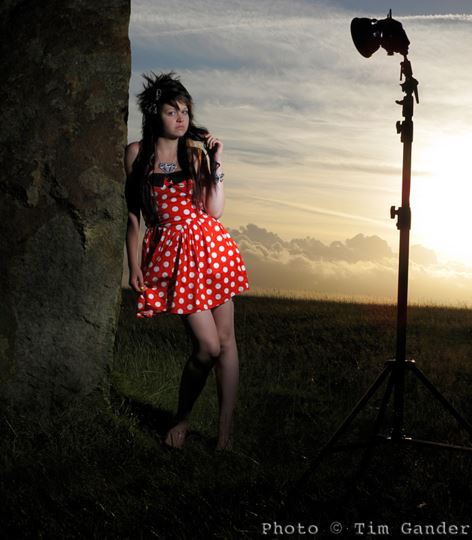 Before we shot the frames you see above, I'd shot the frames which now follow. They were taken inside a large circular stone sculpture at our location (Heaven's Gate on the edge of Longleat Estate in Wiltshire). 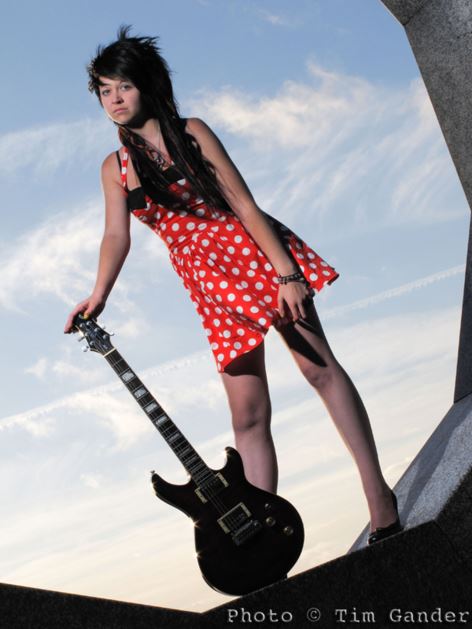 Again this frame is shot at 1/800th of a second to get the blue of the sky and cloud detail to register. What happened in this last frame is called a "happy accident". 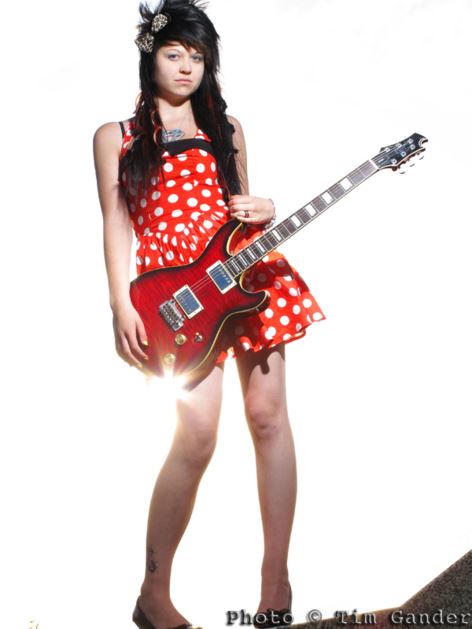 I'd inadvertently reset the camera back to settings which I keep saved in a custom setting (1/250th at f5.6), resulting in massive background blowout and a slightly over-exposed portrait. Note though that without flash, Ellie would still have been a silhouette. The star burst at the base of the guitar is the sun poking through. And as much as I tried to re-create that shot again, the accidental frame remains my favourite of all the shots, which means on this occasion the fast-flash sync experiment was a bit of a waste of time!

Note: In order to fire non-dedicated external flashes or to trigger an attached radio slave, the G11 must be set to Single Shooting mode, not the Continuous Drive mode. Canon flashes attached using the Off- Camera Shoe Cord OC-E3 should work in any drive mode, but the camera will always default to 1/250th of a second, which defeats the object of the exercise.