Drones allow you to capture images and videos from hard-to-reach locations, but knowing how to operate them is important. Read on to learn how to fly your drone safely. 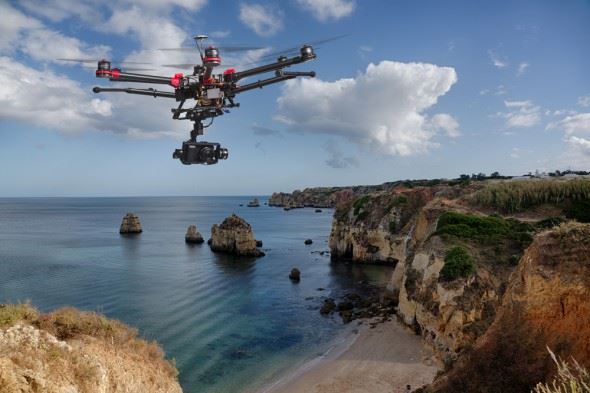 A drone is defined as an ‘unmanned aerial vehicle’. Since their initial release, drones are becoming far more sophisticated, partly thanks to the advances in technology required for phones, laptops and GPS devices. Today, the vehicles are smaller and more powerful than ever before and obtaining smooth, crisp, clear aerial footage has become a reality for amateurs and professionals alike.

The creation of the GoPro Camera has reignited people’s interest in flying cameras on drones and YouTube is full of amazing footage captured by quadcopters. The vehicles are also a huge asset for professional filmmakers and photographers, offering the ability to capture wide aerial shots from a perspective that is otherwise extremely difficult to achieve. Drones have been used in major motion pictures such as Skyfall, in which a drone was used to film the epic motorbike chase scene. More recently, a drone was used to film party scenes in The Wolf of Wall Street.

As they have become mainstream, safety has become a concern. Here are some helpful safety tips to get the most from your drone.

Read the manufacturer’s guidelines before flying

No matter what type of drone you get, make sure you have read the manufacturer’s guidelines in detail.

Stay away from people

You shouldn’t fly your drone within 50m of a person, although this rule also extends to vehicles, buildings and structures.

Always keep your drone in sight

You should be able to see your drone at all times. Use an additional observer if you need to.

Find a safe area to fly your drone

Find a place that’s safe to fly your drone, somewhere without any obstacles in the way. If necessary, get permission and check the local rules/laws before starting. It’s a good idea to get as much practice as possible, so begin with shorter flights until you have mastered the basics. 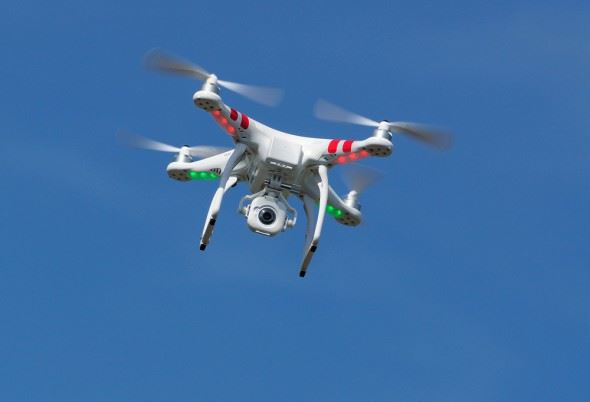 Always keep an eye on the battery life of your drone. Lots of models will land automatically should the batteries run out, which could end up in it landing somewhere inconvenient or dangerous. Also keep in mind that your battery is likely to run out faster during winter months.

Be mindful of wildlife while you are out with your drone. Do not, for example, disturb birds’ nests.

Never fly your drone or try to record footage of severe weather conditions, such as when there is reduced visibility, heavy snow or violent storms.

Keep your device below 400 feet

Wondering how far and high drone can fly?Although some high-end drones can reach heights of around 3000 feet, by law you are required to keep your device below 400 feet.

Don’t fly within five miles of an airport

There have recently been many incidents with drones interfering with planes. Stay well away from airports unless you have contacted the airport to gain permission to fly within five miles.

Use your common sense and be aware of your surroundings

You are responsible for your drone and any incidents it causes. Always be aware of your surroundings and don’t lose your concentration.

Filming with a drone and getting cinematic shots isn’t as easy as it looks. Beginners should get to know the different types of shots you can take on a drone, such as a tracking shot, a pan shot and a still shot. Once you have the basics you will be able to push your creativity skills to the limit and take amazing photos and films with your drone.

Avoid flying your drone in manual mode until you are ready, as this setting is designed for professionals. Use GPS mode where possible – the top drones on the market will have this feature. Beginners should master flying their drone at lower heights and getting it to hover before attempting to capture images from a higher viewpoint.

If you want to get smooth shots, spend time planning your shoot, film in the right conditions and get a high-quality Gimbal to keep your camera steady. You also need to make sure you have the right camera for the drone you are using. Some drones are better for shooting in different situations, such as indoors or outdoors.

Make sure you are aware of the CAA regulations before flying your drone.