How to Photograph Motorsports: Part 2 - A Matter Of Perspective 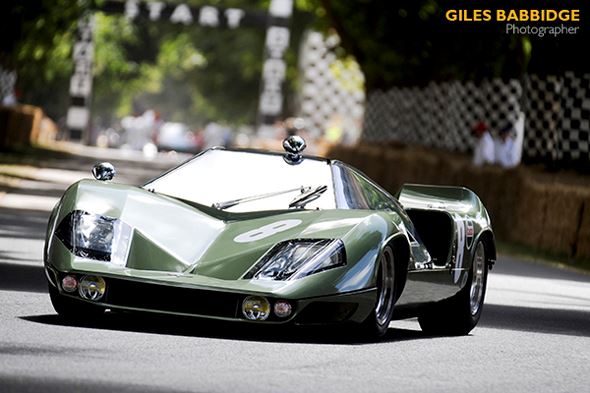 In Part 1 of this series, we started with the basics of how to correctly focus on fast-paced action at the track. In this second installment, I’m going to take things one stage further and consider how viewpoint and framing can have a great - and creative - impact on your pictures.

With good, basic technique, anyone can photograph a moving car as it passes left to right, but it’s when you start to play around with camera angles that things really get interesting.

As is so often the case, many of the strongest and most visually stunning images around happen not so much as a result of the technical side of things, but because the photographer thinks more laterally about the scene in front of his or her lens. The important thing to remember is that you should always be prepared to think openly; since it essentially doesn’t cost anything to shoot additional frames on digital, you really don’t have anything to lose!

The following ways of changing perspective can either be used on their own or in conjunction with one another.

As well as offering the distinct advantage that vehicles will appear to be moving towards the camera at a slower pace (so aiding focusing), shooting your subjects either head-on or from a slight angle is a great way to inject a sense of movement and/or excitement into the frame. 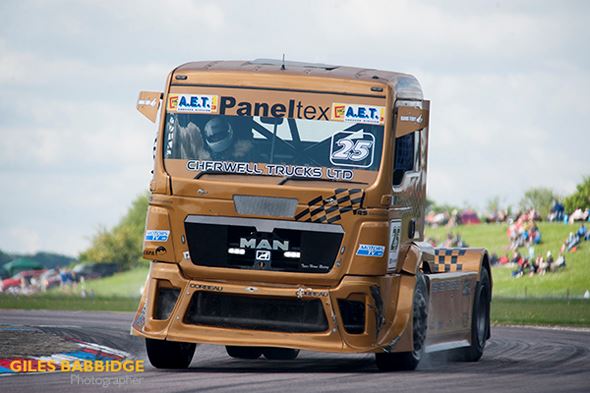 For best results, you’ll want to crop in nice and tight, so pick  your camera position carefully. Some of the best places around the track are opposite chicanes and corners, overlooking the point where vehicles come over the brow of a hill and looking down on a long-sweeping bend. Remember last time I told you how to freeze vehicles in such a way as to still record movement in their wheels? Well, now would be the perfect time to put that technique into action!

If you ask any wildlife photographer about the best way to connect the viewer with their subject, they will most likely tell you to get the camera down low to the creature’s level. Well, funnily enough, the same is often true when photographing motorsport.

Of course, I’m not for a moment suggesting you lie in the middle of the track - this would definitely not be a good idea! But, by using a longer focal length lens from afar - and from a safe position, such as behind a safety barrier - you can often get the same effect. Again, crop tightly to exclude most of the track as this will concentrate the viewer’s attention on the action.

Why should you always photograph the action from the front? The simple answer is - you shouldn’t! Far from being the dull back end of things, focusing on vehicles as they speed away can actually reward you with some great images. 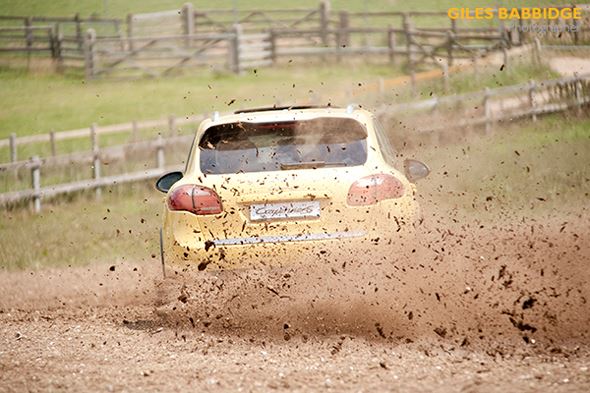 Things to look out for include mud and dirt being flung up into the air, smoke from tyres locked up under breaking and - especially in poor weather - bright lights shining through the haze. There’s also no reason why you should always try to capture the whole of the vehicle either; cutting half or even two-thirds of it out of the frame can make for a much more pleasing result.

One of the best-loved techniques of motorsport photographers is the introduction of a slight angle when framing a shot. Sometimes known as ‘on the wonk’ (this, by the way, is the polite version of the phrase), it involves twisting the camera so that when a vehicle passes through the frame it appears to be travelling diagonally.

A word of warning, though: if you are going to employ this technique, don’t fall into the trap of using it for every shot. You should always be looking for variety in a series of pictures that come out of an event, not duplicates of the same shot simply with a different subject in the frame.

Also, when you do tilt the camera, don’t be tempted to make the picture too jaunty. Vehicles nearly always look best if they appear to be travelling uphill through the frame on a slight incline. Don’t make them look as if they’re rocketing towards the ground!

Use objects for framing

Just as a sweeping track leads the eye into the frame, so too do out-of-focus details in front of and behind your main subject. You’ll probably be able to tell pretty quickly what works when you see it but, first and foremost, the main thing you’re looking to do is add depth to the picture. Think of your subject as the one sharp point sandwiched between two soft, context-building elements and you’ll have the right idea. 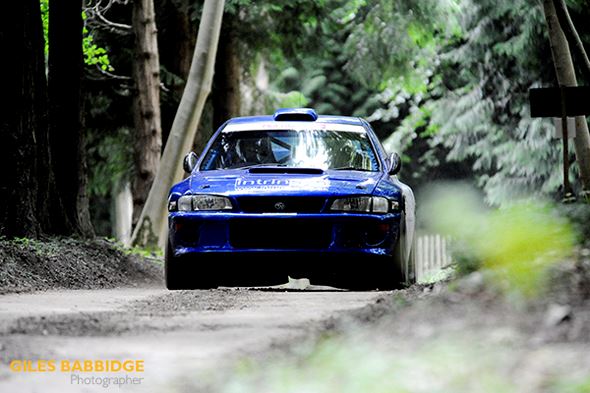 The way to do this is simple. Once you know where the vehicle is going to be appearing, select a wide aperture such as f/4 or f/5.6 which will give you the shallow depth of field required to separate the subject from its surroundings. You’ll find that focusing is a bit more critical but, as ever, practice will make perfect. Besides, you just might come away with a few happy accidents!

By now, I hope you're already beginning to think about how you might approach a motorsport event for the first time. In Part 1 we looked at the basics of capturing sharp pictures of track-based action; this time around, we’ve considered how to broaden our creative thinking along those lines. In Part 3, I’ll be taking things one stage further still, encouraging you to step away from the track for a moment in order to concentrate on the finer details which you might otherwise miss.

It’s pretty common that many people who attend motorsport events only really think about what’s happening on the track. Assuming you can get half decent access to other areas (which I’ll also be discussing next time), the photographic possibilities will open up even further.

Giles Babbidge is a commercial and editorial photographer based in Hampshire. He travels all around the UK and works with a wide range of clients - you can find out more about his day-to-day activities over at his website.

How to Photograph Motorsports: Part 1 – A Question Of Focus

How To Photograph Motorsports: Part 3 – Seeking Out The Details