How To Shoot London Fashion Weekend 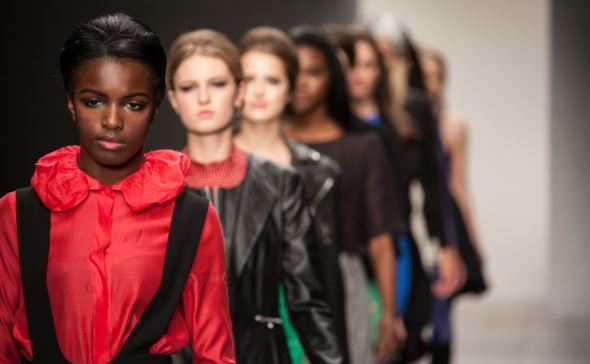 Thanks to the team at Canon, we were lucky enough to head long to London Fashion Weekend recently with a group of customers to try our hand at shooting two catwalk shows from the photographers pit! Here's a few tips, tricks and lessons we learned from the experience...

For professional fashion press photographers, presenting a cohesive set of images from a show to an editor is crucially important. Keeping the style of the images consistent in terms of the settings you choose, like aperture and white balance, as well as how you frame your images is key. 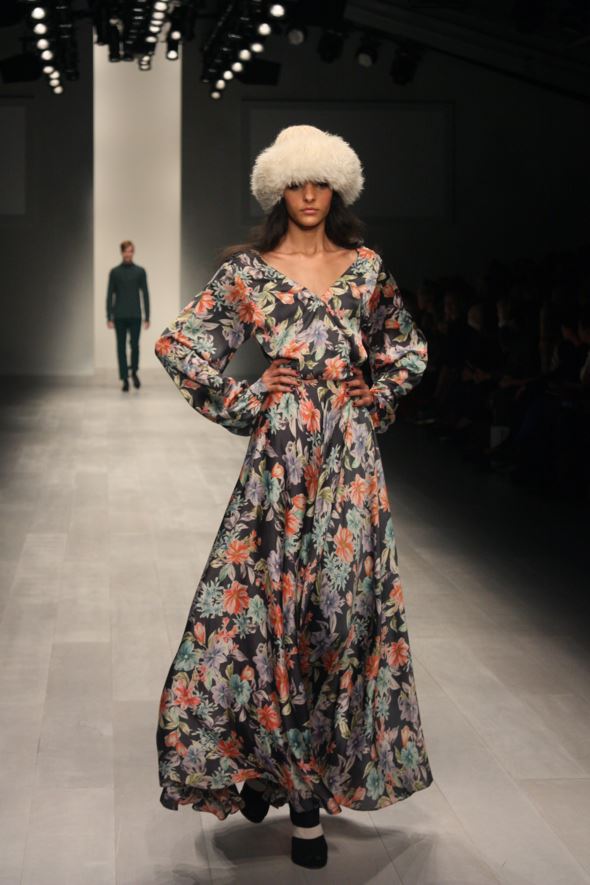 ...but remember to experiment!

In saying all that, we weren't there as professionals looking to sell our images to Vogue at the end of the event. It was a once-in-a-lifetime opportunity to shoot a London Fashion Weekend show, so many of us made the most of that by experimenting with composition and style to find out what worked and what didn't - zooming in on details like shoes and jewellery, getting a mix of full length and head shots, shooting horizontal or at an angle as well as testing different settings to see what we liked.

We had a briefing session with the team from Canon before the show, who gave lots of valuable advice as for most of us it was our first time taking photographs in a huge fashion week tent. As a jumping off point, they recommended we set our ISO between 400-800, aperture somewhere around f/4-5.6 and with a shutter speed of about 1/640 seconds to eliminate camera shake, since we were all shooting hand-held (no tripods allowed!) and to compensate for the fact our subjects would be moving too. It was great to get a guideline to start out with and once the show started I think many of us adjusted with some slight tweaks to get things looking just the way we wanted. 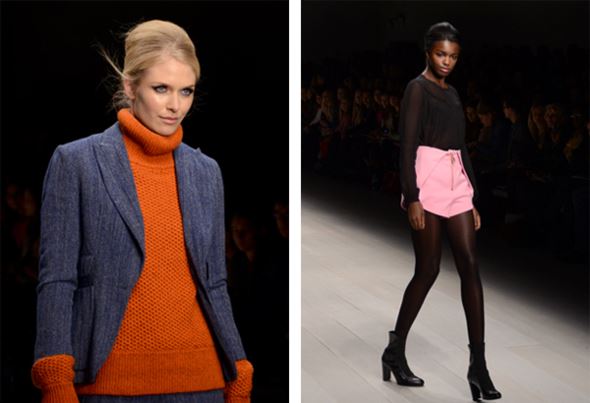 A flashgun wasn't essential for shooting the catwalk shows we attended as the venue (a huge tent at Somerset House) was well set  up with a large bank of lights behind the photographer's area. The Canon team on hand also advised us at the pre-shoot briefing what the colour temperature of the lights were so we could set our white balance accordingly in advance. A flashgun can still used to get a nice catchlight in the model's eyes at the end of the runway, but it's not an essential requirement for lighting the models in general.

Getting the focus right is important no matter what your subject is. In this case, capturing the model's face in sharp focus was the aim of the day, but not always easy. It's important to utilise the most accurate Autofocus (AF) points that your camera has - usually the single point (or group of points) in the centre. Although they weren't moving particularly fast, our subjects were certainly moving - either towards us or away from us, up and down the catwalk - so we set the AF mode to Servo to keep focus tracking on the model's faces. It wasn't always easy and I definitely had more than a few shots where the focus was less than ideal, but all in all it was great practice in a completely different shooting environment than I'm normally used to. 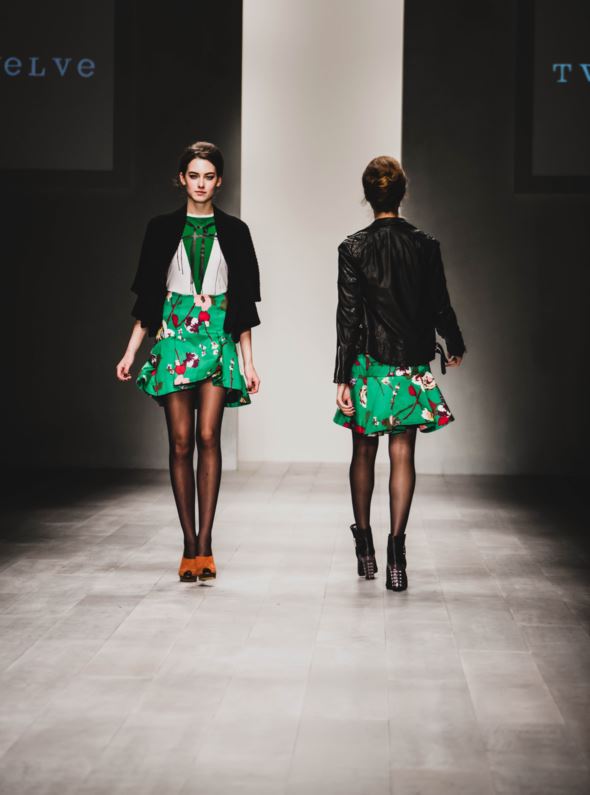 It's all about timing

Timing our shots correctly wasn't as easy as it looks either! But it was really important. How many catwalk images have you seen in a magazine where the model's leg is awkwardly up in the air mid-stride? Timing the shot correctly so both of the model's feet are on the ground is a key skill to get the hang of and capturing a great expression when the model has her eyes open (they blink too, just like us mere mortals!) will make or break your photos.

Catch a pose (there's nothing to it)

Some models were a lot more confident than others and this also really made me appreciate how much skill and experience goes into capturing those perfect images we see in fashion magazines. When a confident model struts down the runway you need to be ready to make the most of it and capture their pose, twist, turn, pout or smile at the end of the catwalk before the moment passes - you only have a second or two at most, so you can't miss opportunities like these. 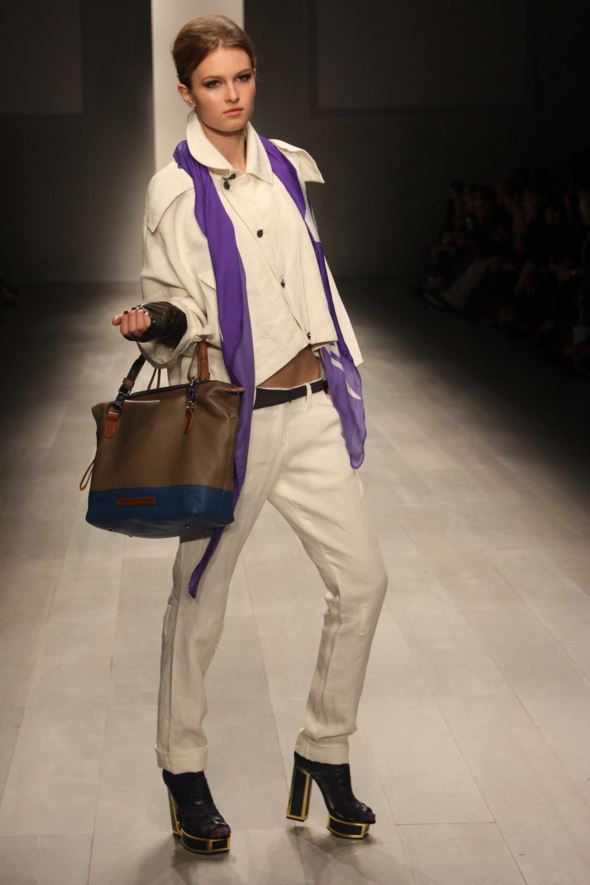 On the practical side of things, there was another valuable lesson to be learned too. We were shooting from the photographers pit at the end of the catwalk, where the press photographers would normally cram in during Fashion Week, so I think  we got a good feel for what it's really like and there's not a lot of space! There were three tiered 'steps' though, with some photographers sitting at the front, with more kneeling behind and at least a few rows standing behind again. Everyone had a very small space in which to operate - just enough to stand and have a camera bag on the floor in front of us. Once the show started there was no room to change position and it's an obvious courtesy to the other photographers around you that you don't move around in case your elbow or lens ends up in their perfectly-timed shot. Because we had the chance to photograph two separate shows, we all left in between and came back to pick a new spot for the second show, which meant we all had the chance to switch it up - I was lucky enough to have a turn sitting at the front and standing somewhere near the middle for two quite different perspectives. 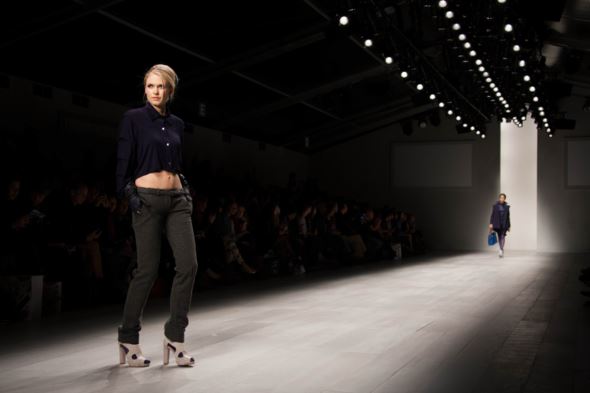 Want to see some more images from the event?

Some of our wonderful customers and friends who joined us on the day have sent over links to their images, so do take the time to click through and check them out...