Thinking more like a storyteller can transform your travel photos. Geoff Harris explains how to get the most out of a place or event when time is tight. 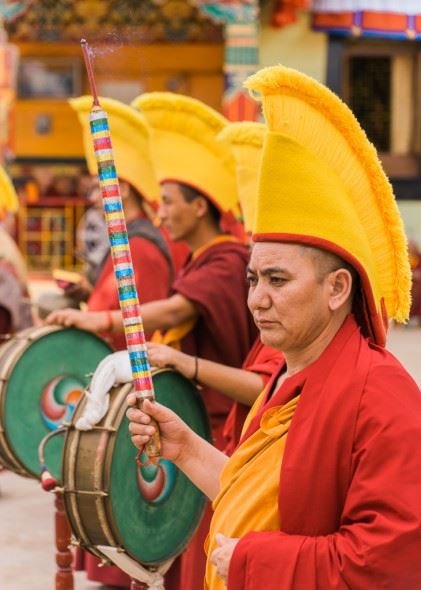 While travel photography is something you can enjoy all year round, most of us start thinking about it seriously again around spring. Better weather and longer days, not to mention more public holidays and time off work, make it a perfect time for taking memorable travel images. With travel photography, however, it’s easy to get into a rut and end up with the same kind of images as everybody else.

One of the best ways to make your images more interesting and coherent is to think in terms of a story rather than a series of unconnected snaps. It’s worth remembering that some of the greatest documentary photographers of all time, from Robert Capa to Don McCullin to Lynsey Addario, developed their skills working on photo stories. True, your Barcelona city break is unlikely to appear in Newsweek, but thinking more like a storyteller can yield great results.

Find a subject and angle

To make the jump from a random snapper to a storyteller you need to first find a story. You don’t need to go to big epic events, like the Running of the Bulls in Pamplona or India’s Kumbh Mela festival. Indeed, it can often be harder to get an interesting narrative from such mega-events as they tend to be packed and access is restricted.

Instead, drill down until you find something that’s specific and photogenic. Rather than trying to do a story on the whole of Bangkok, for example, you could focus on street-food sellers, or a day in the life of tuk-tuk drivers. These 24-hour projects get around the problem of limited time and force you to be organised, disciplined and creative – and once in the bag, you can relax and enjoy the rest of your holiday too!

Once you’ve found a story and worked out how you are going to cover it, you then need to put aside enough time. Explain to family and friends that you need a day for your photography and don’t arrange to do anything else that day – shooting a story always takes longer than anticipated, and you don’t need any further distractions or pressure. Clean and check your gear the night before, making sure all your batteries are charged and cards are formatted, and put your camera back to neutral settings so you can quickly adjust exposure and focus on the day. Nothing is worse than coming back from a great day shooting only to find that your camera is still on too high an ISO or an inappropriate image quality setting from a previous outing.

Let me give a concrete example. I recently returned from a trip to India, where I visited a Tibetan Buddhist monastery near Mysore. It was Tibetan New Year, so I knew there was going to be lots going on, and one of the highlights was a fire puja, or ceremony. I only found out about this puja by chance so I had to be on the ball.

The first element to the story was capturing the beginning of the ceremony – some kind of establishing shot that conveys a sense of place and people. Since there tend to be a lot of other spectators milling around at rituals and ceremonies of this kind, I always take a longer telephoto lens (eg 70-300mm) for getting past distractions and isolating details.

Tibetan Buddhist ceremonies are often noisy as well as colourful affairs, so remember to try and convey this kind of extra element through detail shots – in this case, horn blowers. Remember, when executing a photo story, not every image has to be a masterpiece. It’s more about creating a sense of narrative flow, bringing in images that support and contextualise the stronger ones. Think in terms of a magazine layout; if a magazine was commissioning you to do a photo-story on your trip, how would they arrange and caption the shots? This gives you a much clearer idea of how to work. 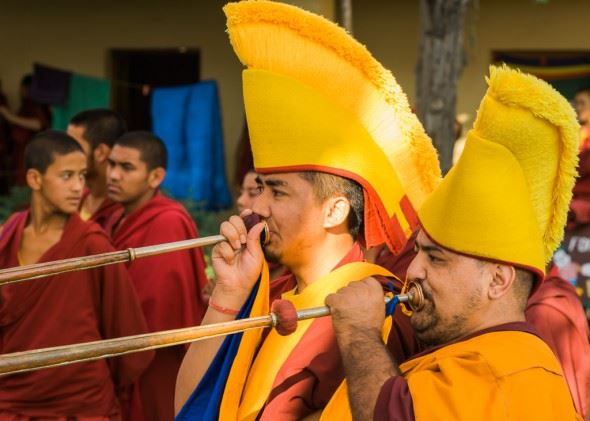 While details are important, don’t get so bogged down in them that you miss what’s happening. It’s crucial that you follow the action and keep up without getting in the way, all the time thinking of the flow of the story. The procession here was moving quickly, so by shooting it from behind I was able to get a sense of events moving forward while still capturing some evocative details, such as the hats, drums and flags. While it’s a shame there are some distractions in the background of this image, it matters less within the overall context of the narrative. 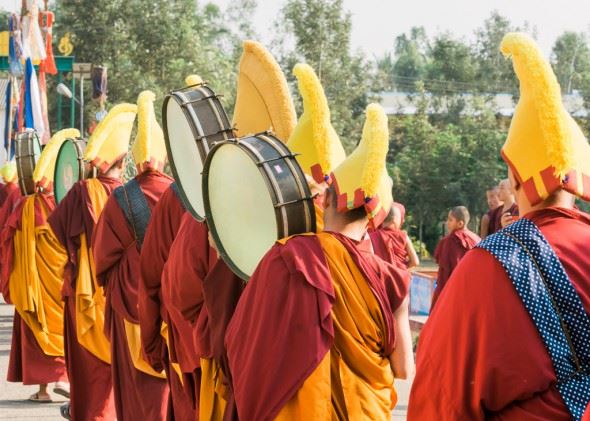 You need to keep reminding the viewer where they are, so for the next image I tried to also capture some of the very specific details of the ceremony, while also giving a sense of place (the procession had arrived in front of a different building). Again, a telephoto lens comes in very handy for isolating details when shooting from a crowd, but do try and get as close to the subject as you can and focus carefully, using continuous (AI Servo) autofocus if they are moving. Wider apertures can also help to isolate your subject from a distracting background. 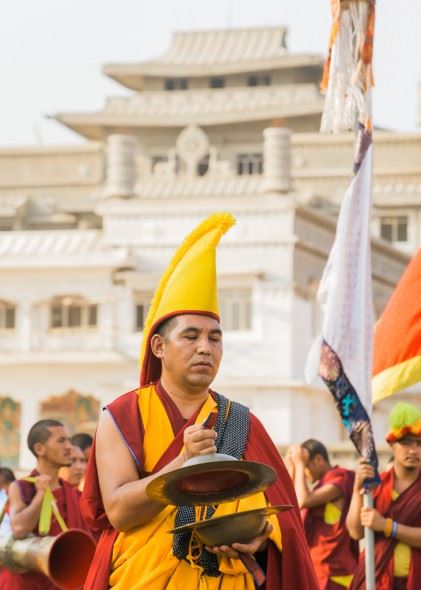 To avoid your photo story feeling a bit random, a good tip is concentrate on particular individuals. These can be the main protagonists of the ceremony, as with the abbot of the monastery here, or just somebody with an interesting face. Capturing how a crowd responds to a ceremony or event as it unfolds can be very evocative too; pious spectators at a religious event, for instance, or kids watching a street performance. Even shots of security guards or police overseeing the proceedings can add another piece to the narrative jigsaw. Again, think about how you would write a caption for the image to keep your mind focused on moving the story forward. 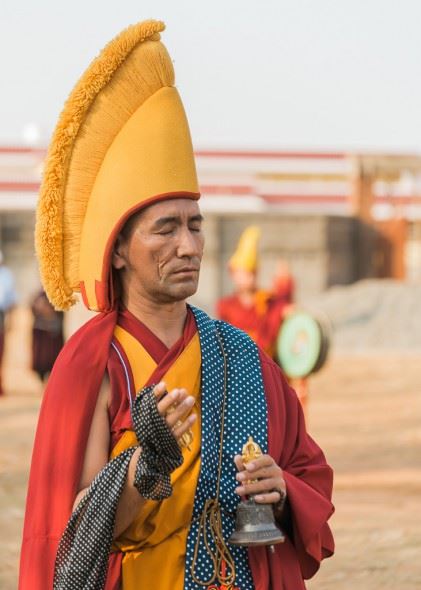 By following the abbot as the fire ceremony began, I was well placed to capture him as the fire was lit – something I may have missed had I been running around trying to shoot other aspects of the event. The lesson here is to do just a few things well rather than attempting to document everything. Even with my longer lens I had to get in quite close, so be prepared to jump out of the crowd if necessary. So long as you don’t get in the way, you’re unlikely to be a nuisance (and, usually, the worst that happens is that you’re told to sit down again). With action images, try shooting in burst mode to give yourself every chance of success, and leave plenty of space around the subject so you can crop out distractions and straighten edges. 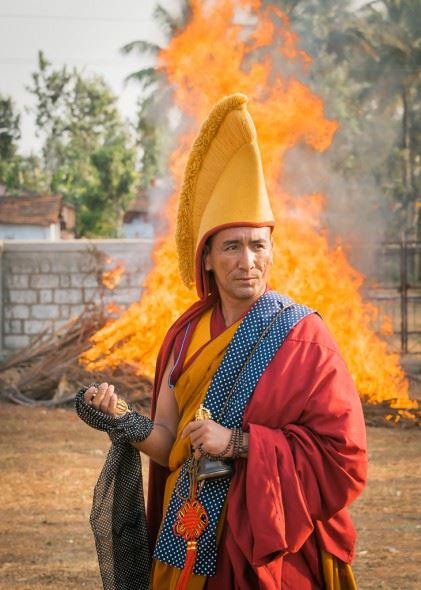 Think about the ending

You also need to think about how you are going to bring your photo-story to a close. In this brief example, I could have just shot the protagonists leaving the ceremony and walking back to the main temple building, but I decided to stick around and shoot some of the younger monks playing with the remains of the fire. This adds a new dimension to the story, as it conveys the wide age range of the monks who live at the monastery. It also serves as a wry observation on the relative lack of health and safety concerns about kids and bonfires in other parts of the world! 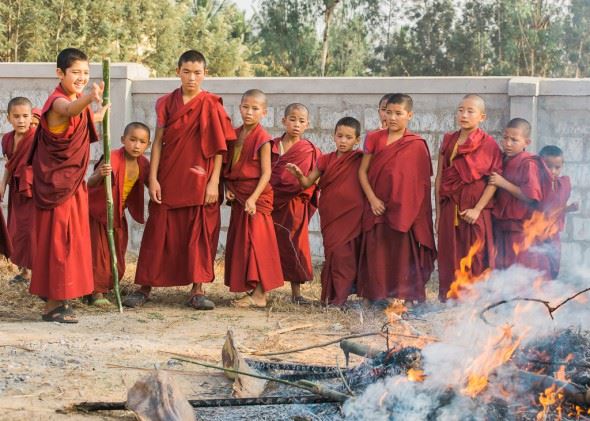 If you’ve worked hard to get a strong story, it’s also important that your editing style is coherent. As well as ensuring settings such as exposure, ISO and white balance are consistent throughout the image series, don’t mix colour with black and white for the sake of it, and ensure the image dimensions are consistent. It’s fine to mix portrait and landscape format, but don’t suddenly throw in a funky square format or panorama for creative effect. If you are hoping to get your story published in print media, choose images that have plenty of space around them for text (and always provide proper captions when you submit the work). To sum up, when trying to make a photo-story from your travel photography, always remember that the whole is always greater than the sum of the parts.

How to pick the best camera for holidays and travelling