How to use the shadows

We photographers spend so much time chasing the light, but Ian Middleton reckons we should be paying attention to the shadows 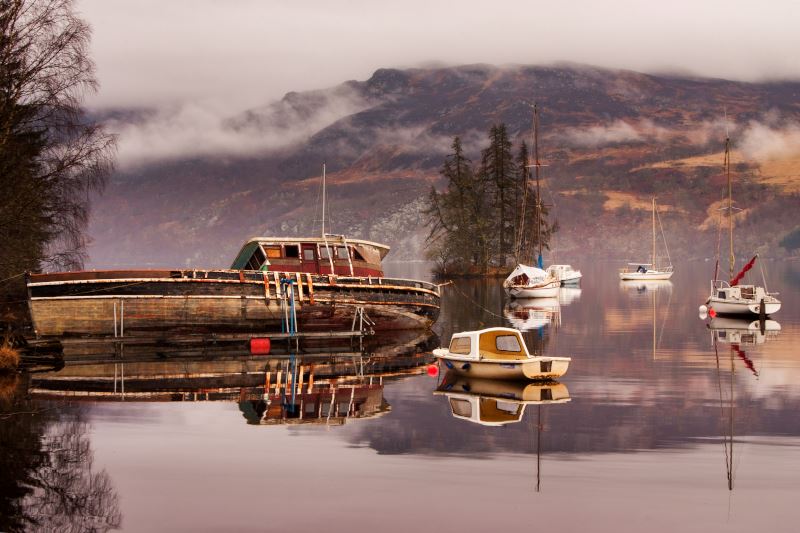 All images by Ian Middleton

In the world of photography, you’ll often hear the word “light” thrown around in almost every conversation, especially when you’re learning. Sentences such as: “It’s all about the light” or “This photo has stunning light” resound time and time again. When learning photography, we are taught to “measure the light”. But while we obsess about the light, we often forget about its polar opposite: shadow.

In the old days of film, we were restricted by a narrower dynamic range. Thanks to modern digital sensors, that dynamic range is ever increasing. Many reviews of Canon cameras have been quick to criticise the company’s failure to keep up with Nikon when it comes to this. But in our pursuit of images with lighter shadows and more detail across the range, are we forgetting what really makes a photo? It’s the combination of both light and shadow that gives an image its dimension.

For a great example of this, look at the moon when it’s full: 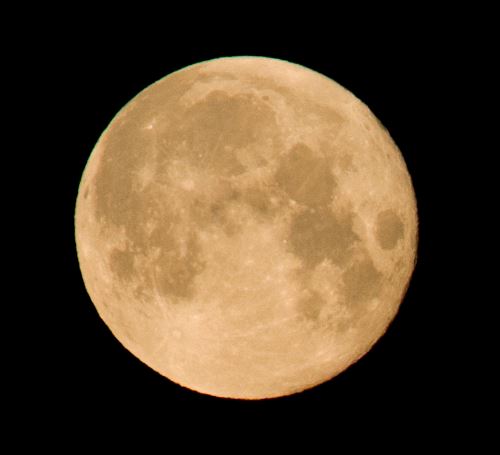 Light is shining on it directly from the front. Consequently, there is a virtual absence of shadow, and the moon looks flat and two-dimensional. But look at the moon when it’s not full, and you’ll see craters and shapes on its surface: 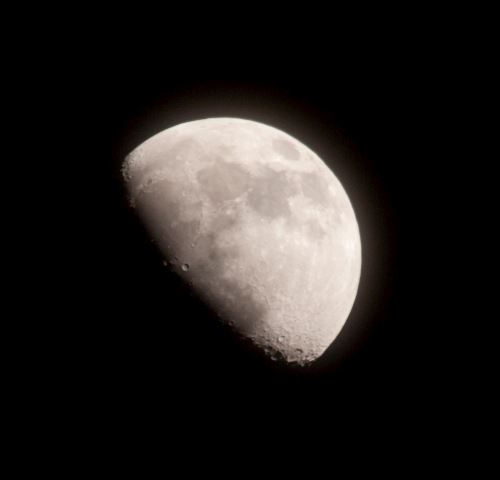 This is because the light is coming from the side, thereby creating shadows on the surface. This combination of light and shadow gives the moon a more three-dimensional look.

The same is true for landscape photography. When learning photography in general, we are often told to shoot with the light behind us. This works well, if you want strong bold colours, but produces a flatter image. In truth, in order to really give shape and dimension to a landscape, it should ideally be lit from an angle. At certain angles, features within your scene will be thrown into shadow. Also, selective spot lighting can pick out more interesting parts of the scene, while keeping other parts in the dark, separating the wheat from the chaff, to employ an old phrase. 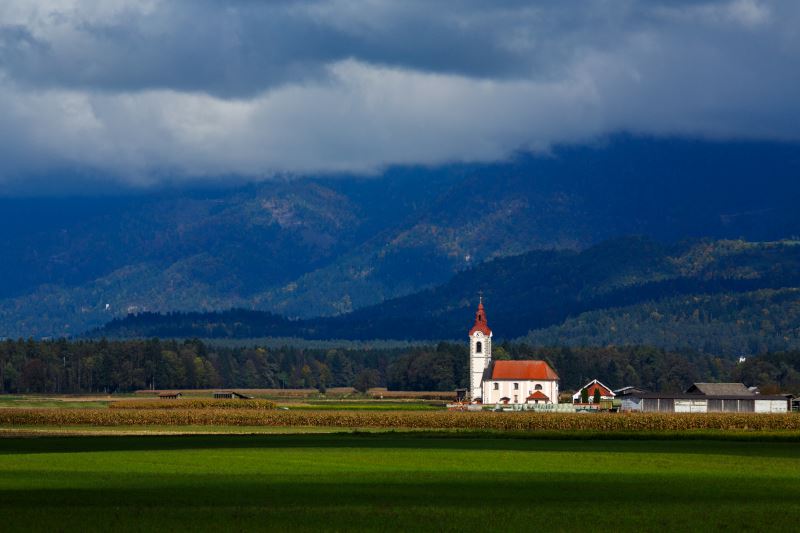 In this photo, taken on a stormy day in Slovenia, the dark, brooding backdrop created by the storm clouds helps provide contrast between that and the church.
As strong sidelight fell upon the church, it was critical that I shot this before this light moved on to the background. With the hills behind in shadow, the church, and in particular, the church spire, stand out more prominently in the scene.

If light had fallen on those hills behind, then the spire would have blended into the background. The side lighting, and the streaks of light across the field in the foreground, give it a nice layered effect and almost walk you into the scene.

Also notice how the scattering of light and shadow across the hills brings out their shape, and the contrast of bright and dark makes the sky much more interesting.

Also, as the church is lit from the side, the soft shadow on the right side of the bell tower has emphasised its shape.

Shadow, or muted light, is often very important when trying to make elements of your scene stand out. That’s why days with scattered cloud or passing showers are brilliant for landscape photography. It produces a mix of direct and diffused light, and if you are lucky, patient, and watchful, then Mother Nature will give you a helping hand. 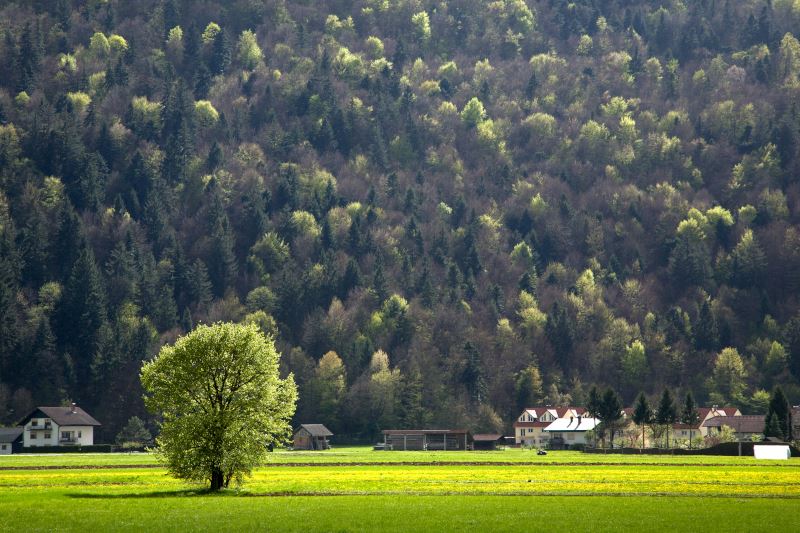 Studio photographers are masters of spotlighting their subjects, and in the right conditions so is Mother Nature. In this photo above, I had been watching the cloud movements while eyeing this composition. I set up my tripod and my composition and waited, under an umbrella (much to the bemusement of passing drivers) for the shower to pass. When it did, a break in the cloud projected strong side light across the field and onto the tree. This strong light brought out the yellow of the dandelions, and the side lighting gave the tree shape and form.

Critically, though, only soft diffused light fell upon the trees behind, picking them out subtly in the backdrop. Once again, because the area behind the tree is not brightly lit, it makes the tree stand out nicely and gives depth to the whole scene.

Now we all know how early morning and late evening light tends to be more favourable, but as well the fact that the light is softer, this is also because the sun is low and can cast long shadows across the landscape. 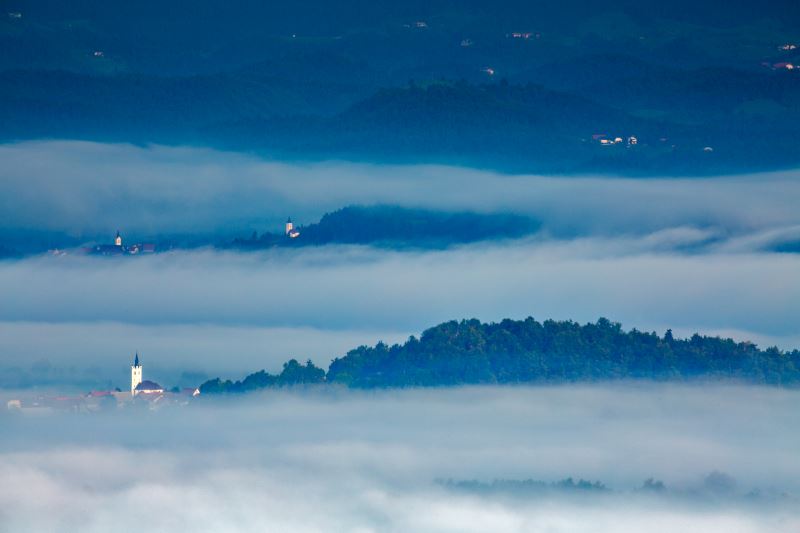 In this scene, on the Ljubljana Moors in Slovenia, the rising sun streaked across the morning mist. As the mist cleared around the three churches, they glowed. But without that side lighting bringing out the shape of the rolling mist, it would just be a sea of white. I also used a four-stop soft ND grad filter here to darken the top and focus attention on the three churches.

Using shadow to focus attention on a smaller subject 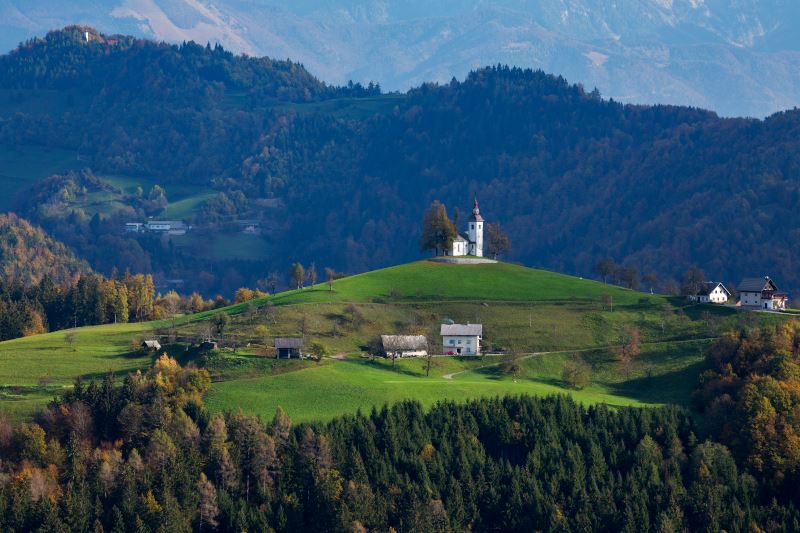 When photographing large landscapes, there can often be elements within that landscape that could easily get lost. As we can see in this photo of the churches in the mist, the surrounding shadow has actually made the two smaller churches and many of the buildings in the distance much more prominent in the scene, whereas had the land around been brighter these little features could easily have been lost. Also, in this photo the little church on the hill at the top left would have been lost had it not been spotlit and surrounded by shadow. 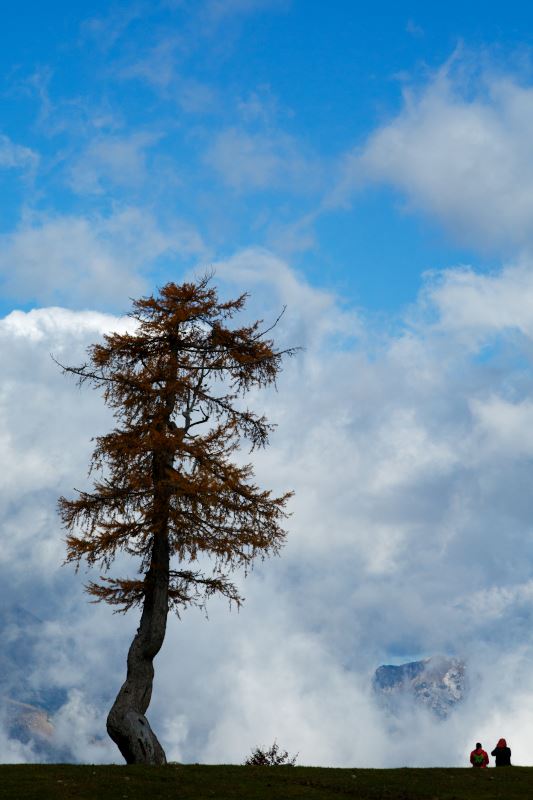 Even foreground shadow can have a huge impact. In the above photo, the background was lit, but the tree, foreground and two people in the lower right corner were thrown into shadow. However, the strong light in the background has made the two small characters stand out better than the tree. 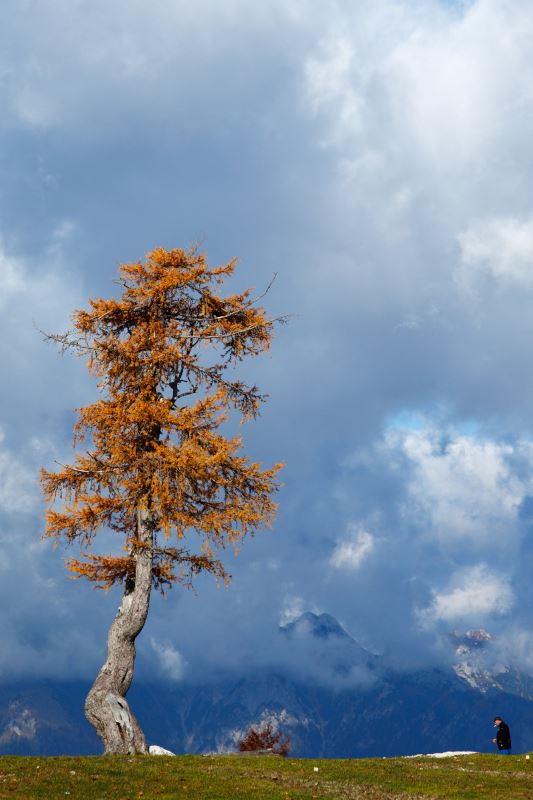 In the second photo that was more evenly lit, the person down in the corner now blends more into the background.

So when photographing in the right conditions, we can search for these features within our composition and wait and hope for the shadow to surround them. We can also use shadow to isolate a part of the scene in order to place emphasis on this part of our composition.

The curse of HDR

I remember when I first discovered HDR, and more to the point, the software Photomatix. Like most, I went through this craze. While I always remained reserved when pushing up that details slider, still the focus was on bringing out that shadow detail.

I’m happy to say that I have got over that and since then, having learned so much more about shadow, stopped using this software. These days, instead of actually trying to bring out the shadow detail, I often find myself darkening highlights rather than lightening shadows. Now, I’m not saying that we shouldn’t work to bring out shadow detail at all. There are many situations where this is important.

But while HDR, exposure blending and the use of ND grad filters will always be essential tools, and I still use the latter two myself, these days I focus my attention equally on the shadows as well as the light.

One of my most popular photos, taken near Fort Augustus at Loch Ness in Scotland on a misty morning, was originally created using Photomatix. Several years later I went back to this image, armed with new knowledge and undertanding of light and shadow, and could clearly see how the HDR had stripped away the depth. So I reprocessed it, this time using the curves to tweak the contrast and the highlights tool to darken some highlights and bring out the definition in the scene. The result was incredible; the wreck of the boat immediately took on a new dimension as it became bolder against the background, and the picture was instantly enlivened.

Turn off that HDR button.

Many cameras today come with a built-in HDR function, so I implore you to switch it off and pay more attention to your shadows, because you’ll be surprised how they are of equal importance to the light.

Ian Middleton is a travel and landscape photographer, based in the UK. See more of his work at ianmiddletonphotography.co.uk.

Photographing robins and other garden birds this winter