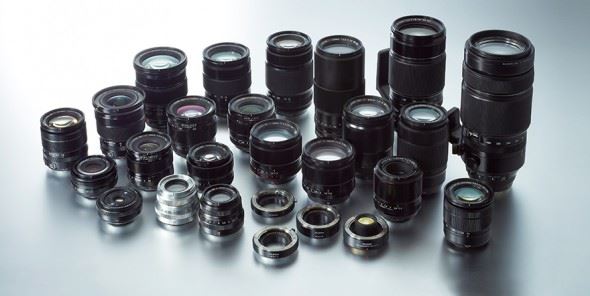 The extent to which a scene can be captured when a particular lens is used. This is stated in degrees and usually given as a diagonal measurement, although some manufacturers may also provide vertical and horizontal measurements. The angle of view of a lens stays constant, and only changes with focal length in the case of zoom lenses, although the effective angle of view changes as a lens is used with different sensor types.

A term given to both the opening created by a series of blades inside a lens and the corresponding f-number, or f-stop, which is set on either the camera or lens (expressed as f/8, f/16, f/2.8 etc.). At a given shutter speed a wider aperture will admit more light than a smaller one, and this affects factors such as depth of field and sharpness. 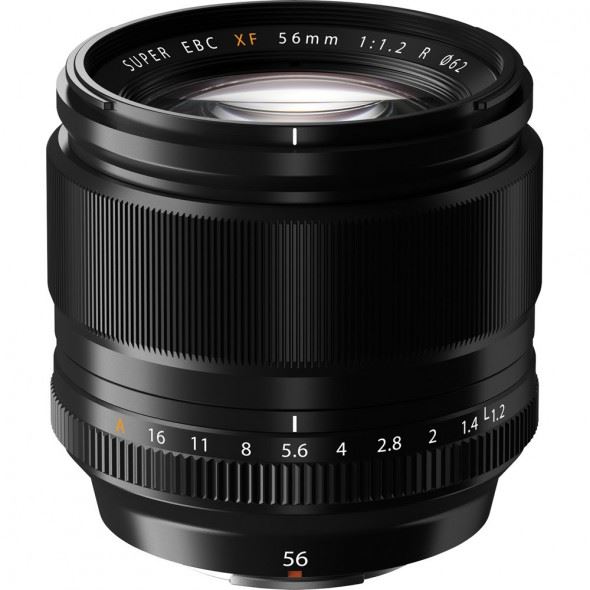 A physical ring around the barrel of an optic that controls the aperture. Most modern lenses do not have this, and require their aperture to be changed via the camera instead. Older lenses and an increasing number of optics designed for certain mirrorless camera systems have aperture rings.

A method of achieving focus by using a motor inside the camera or lens, rather than through a physical ring around an optic (manual focus).

Physical blades within a lens that control the size and shape of the aperture through which light passes. More expensive lenses tend to offer a greater number of blades than cheaper ones (typically eight or nine) as this can produce pleasingly rounded out-of-focus highlights (see “bokeh”, below). Some manufacturers craft these blades in a more rounded fashion than conventional types, which also helps achieve the same effect. Very cheap lenses with only five or six blades, may produce pentagonal or hexagonal out-of-focus highlights respectively.

Translated from the Japansese boke meaning fuzzy or blurred, this refers to the quality of out-of-focus areas in a scene. This is a particular concern for wide-aperture lenses, which are frequently relied upon to deliver pleasing out-of-focus areas,  especially for portraiture.

A zoom lens that allows the same maximum aperture to be used at both extreme ends of its focal range. This can be identified by a single f-stop figure after the focal length in its title, such as 24-70mm f/2.8, as opposed to 18-55mm f/3.5-5.6. Lenses with constant maximum apertures are typically designed for the enthusiast and professional user, and are often of a higher standard than lenses with variable apertures, which in turn means they are often more expensive.

The extent to which subjects at a range of distances in a scene are in focus. A wide depth of field results in subjects at both closer to further distances rendered in focus, while a shallow or narrow depth of field allows for certain subjects to be in focus and the rest of the scene left out of focus. This is principally controlled by aperture, subject distance and camera type. 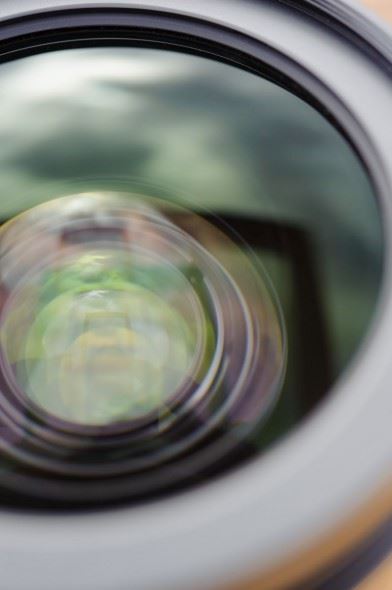 The fitting of a lens determines the camera system mount with which it is compatible. Some lenses are designed specifically for cameras of the same brand, while others, such as those from third-party manufacturers, may be available in a variety of fittings to suit different systems. Lenses from one brand may sometimes be used on cameras of another through the use of adaptors.

Expressed in mm, the focal length is the distance from the sensor to the rear nodal point of a lens, although modern lens design means this isn’t always strictly the case. Lenses whose focal length is shorter than the standard focal length for that system are often classed as having a wide-angle focal length, while those longer than standard are known as telephoto lenses. The former results in a wide angle of view, which allows for more of the scene to be captured at a given distance, while the latter allows for far-away subjects to appear as though they are closer.

A ring around the barrel of a lens used for manual focusing. This can be physically connected to the focusing group inside the lens, although on many modern lenses it instructs the camera to move this lens group instead.

Markings on the barrel of a lens, or visible through a separate window, which indicate the distance at which the lens is focused. This is typically provided in both metres and feet. 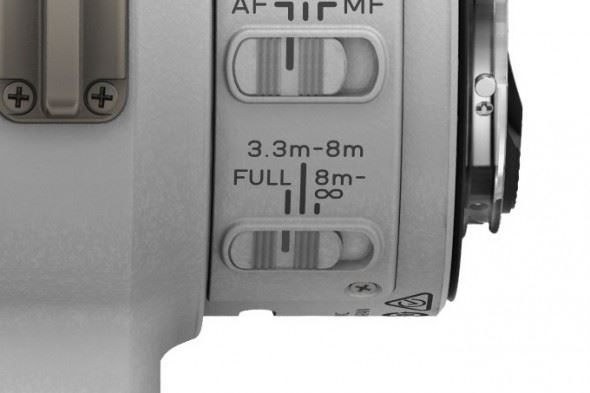 A switch included on certain lenses that restricts the range of distances between which a lens focuses. This is useful with lenses designed to focus between a particularly broad range of distances, such as macro types and some telephoto lenses, as it helps to speed up autofocus times and prevent focusing in unwanted regions.

A lens sold with a camera as part of a manufacturer-specified kit option. Entry-level DSLRs and compact system cameras will typically have an 18-55mm f/3.5-5.6 or similar kit lens, although other kit options can include longer lenses, such as 18-140mm f/3.5-5.6. These lenses are intended for general, all-purpose use, rather than anything more specific. 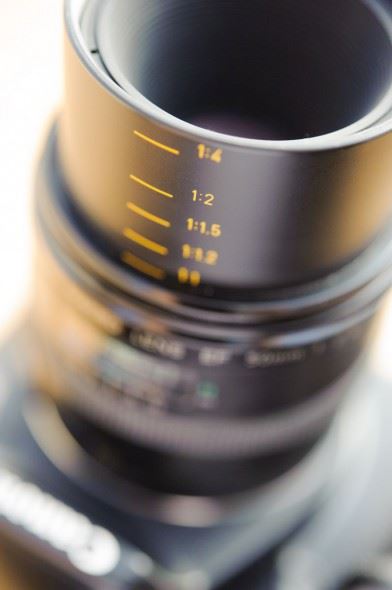 A lens that has been designed to focus closer to the subject than usual. True macro lenses can focus closely enough to reproduce a subject on the sensor at the same size as they appear in real life – these may have 1:1 written on them to indicate this.

The size at which a subject is reproduced on a sensor relative to its size in real life. As a general rule, magnification is lower with wideangle lenses than it is with telephoto types, although some lenses (macro lenses, see above) are specifically designed to produce images with a higher than usual magnification.

The process of physically focusing a lens through a ring on its barrel, as opposed to using a camera’s autofocus system. This is particularly useful with subjects that are low in contrast or when shooting in poor lighting conditions, where autofocus systems may struggle.

The extent to which a lens’s diaphragm can be opened, stated as an f-stop figure. The lower the figure for specific type of lens, the wider the opening of the diaphragm and so the more light that can be admitted at a given shutter speed. Lenses with particularly wide maximum apertures are therefore more useful in low-light conditions and can be used to create shallow depth-of-field effects, although they tend to be more expensive than similar lenses with smaller maximum apertures. This is stated within the name of a lens, and lenses with two f-stop numbers after their focal length have different maximum apertures at each end of the focal range (see variable aperture lenses). 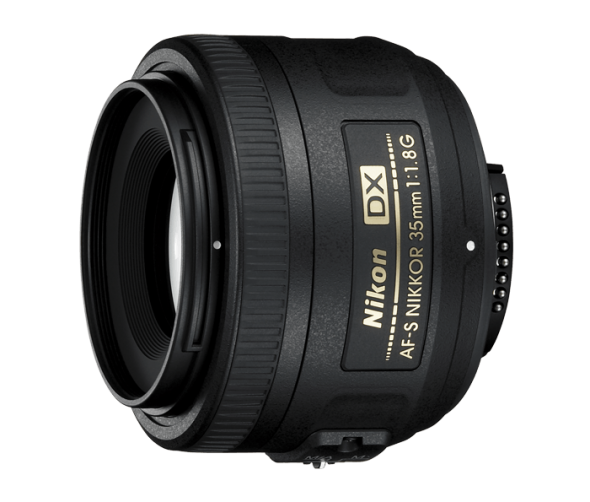 Also sometimes referred to as a fixed-focal-length lens, this refers to a lens designed to only offer a single focal length, such as 28mm or 50mm. As these are optimised for only one focal length they can often provide higher image quality than zoom lenses.

An informal term used to describe decreasing the aperture of a lens to a smaller f-stop. A lens used at f/2.8 can be ‘stopped down’ to a smaller aperture such as f/11 or f/16.

A lens whose focal length is longer than the standard focal length for a particular system. For 35mm-based (full-frame) DSLRs, this would be anything over 50mm. These focal lengths can subsequently be categorised into mild-, moderate- and super-telephoto. 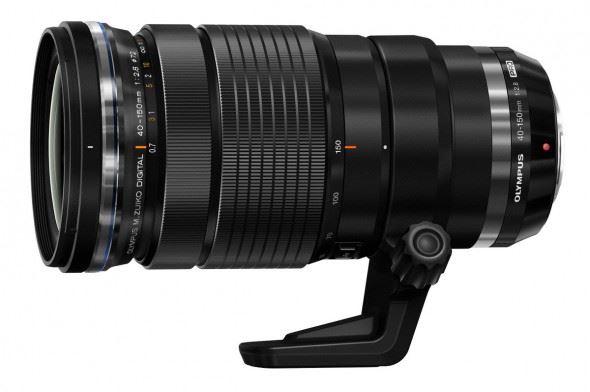 A ring around the barrel of certain telephoto lens, usually removable. This allows for the lens to be mounted on a tripod closer to the centre of gravity of a DSLR/lens combination than if the camera were to be mounted conventionally via its base plate. 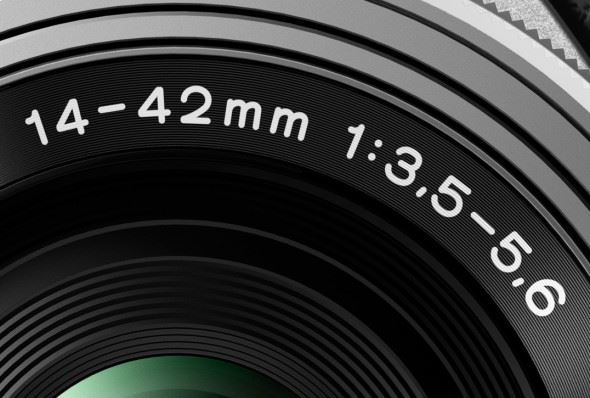 A zoom lens whose maximum available aperture (lowest f-number) varies according to the focal length at which it is used. This is provided in the name of the lens, with the first figure relating to the widest focal length and the second relating to the longest. For example, an 18-55mm f/3.5-5.6 lens denotes a lens that has a maximum aperture of f/3.5 at its 18mm end f/5.6 at the telephoto end.

A lens used at its maximum aperture. For example, using a 50mm f/2.8 lens “wide open” means to use it at the aperture setting of f/2.8, which is as wide as it will go. “Opening up” a lens is also sometimes used to indicate using a wider aperture, such as f/2.8 from f/11.

The distance between the front element of a lens and the subject when the subject is in focus. This generally increases with focal length. Knowledge of working distance is particularly useful in macro photography, as it allows the photographer to keep a distance from a live subject, which may be disturbed were the photographer positioned closer.

A lens that offers a number of focal lengths between two points. For example, a 70-300mm lens will offer 70mm and 300mm focal lengths, as well as any focal length in between, such as 100mm or 150mm.

A switch on the barrel of a lens that prevents the zoom ring from moving, thus keeping the focal length constant. This is particularly useful with heavier optics, whose weight may shift the focal length inadvertently, as well as for copy work (photographically reproducing two-dimensional images such as paintings), where the lens may be positioned to face the ground.

A physical ring around the barrel of a lens with which the user selects the focal length. For example, the zoom ring of a 24-70mm lens will allow for any focal length to be selected between 24-70mm inclusive.