Elements versions - can be somewhat intimidating. As such, it's always useful to have an idea of where you want to go with an image or what you want to do before you start playing around with it.

Wex Photographic member Daniel McMahon is an enthusiastic and talented Photoshop advocate. He's also a huge movie buff, with his particular genre of choice being B movie horror and sci-fi films. Little surprise, then, that when I asked him to see what he could create using just Photoshop Elements 8 ( version 11 now available), whatever props he could lay his hands on, and his imagination, he came up with a "Horror Movie Night" poster featuring is own particular brand of macabre artistry. Well, it is nearly Halloween... 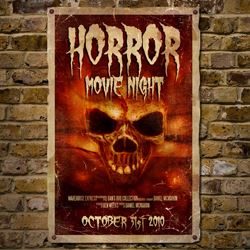 The supermarkets are awash with tacky Halloween gubbins at the moment, mainly aimed at children, but also at people like Daniel who find that kind of thing appealing. As such it was easy for him to get hold of just what he wanted for the main subject of his creation: a cheap plastic skull. This skull was placed on a red pillow, lit from one side with a cheap desk lamp and photographed. 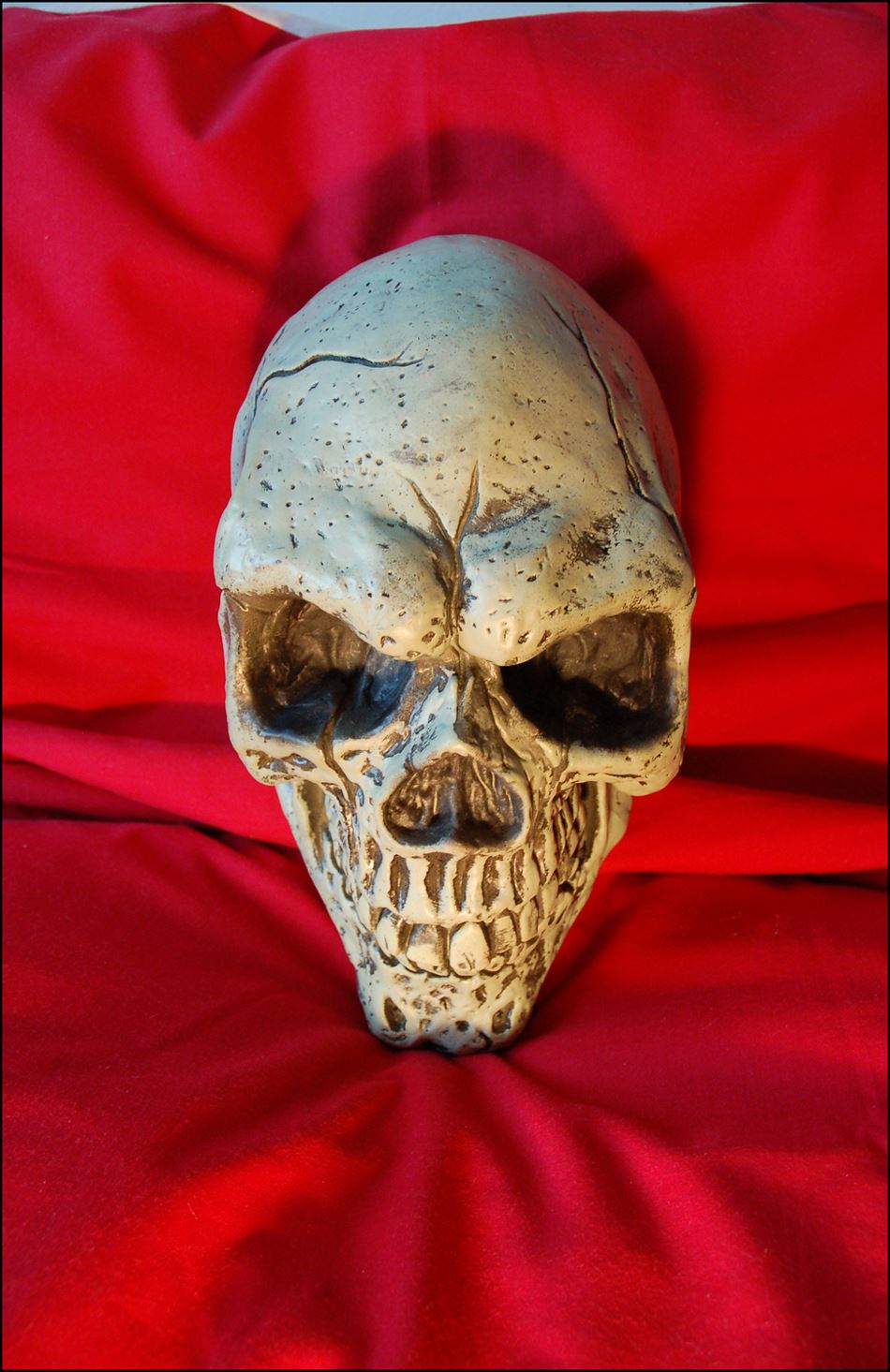 With the skull image uploaded to his computer, Daniel opened it in Photoshop Elements 8 and darkened the corners of the image. This was done by adding a circular transparent-to-black gradient and then tweaking the levels. The Colour Variations were then adjusted to add a little red and darken the midtones slightly. 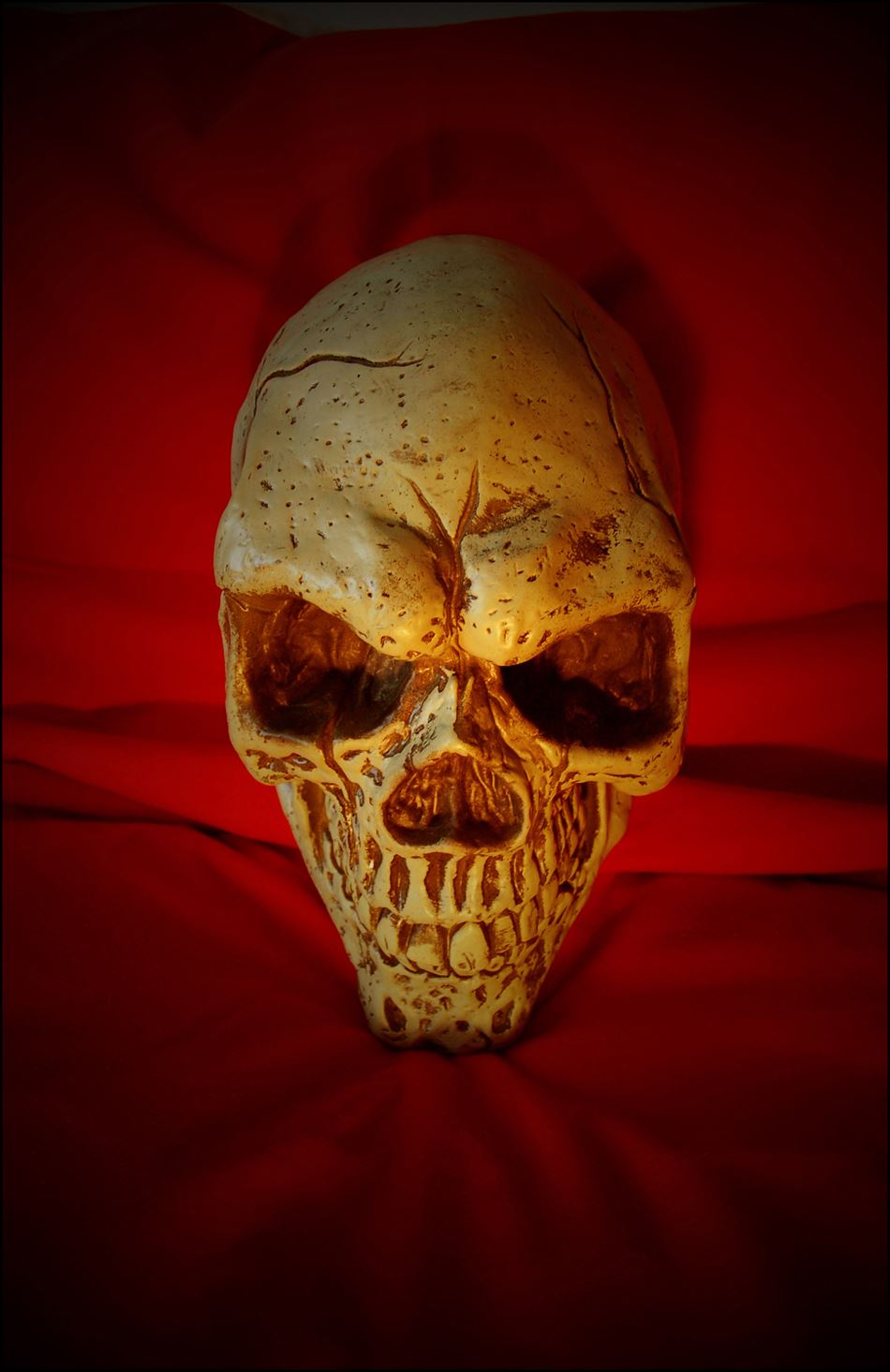 The levels were then adjusted still further to blacken out the shadow areas of the image. Colour Variations were again used to tweak the midtones. 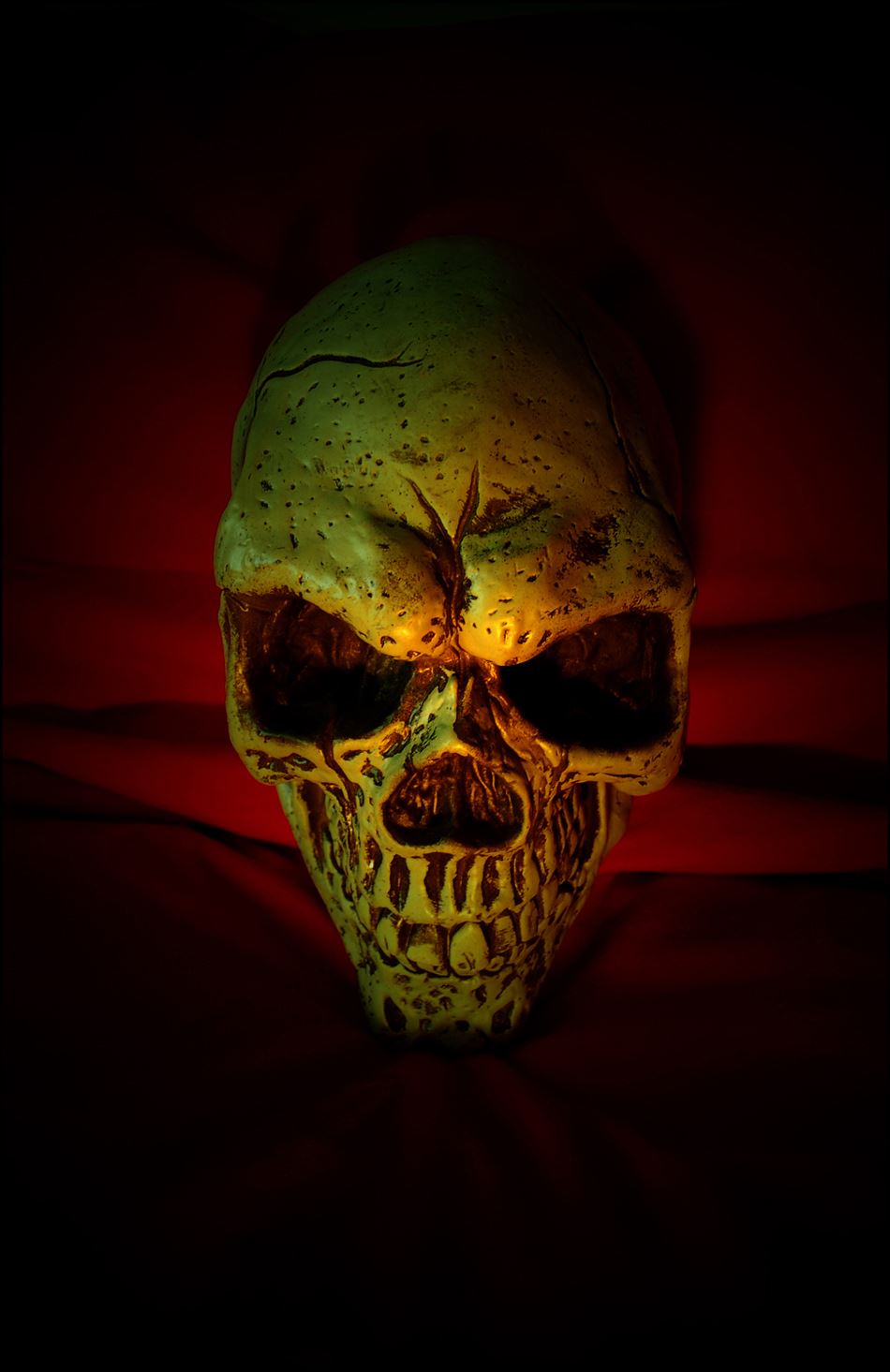 The Old Parchment Texture (see later on in article) and Speckled Water-Stain texture were introduced to the image (the Water-Stain texture first being inverted). These layers were set to "Overlay" mode and their opacity adjusted to achieve the right balance and effect. To make this texture Daniel took a plain white sheet of A4 paper and painted it in a wash made from black poster paint diluted with water. While this wash was still wet he used a toothbrush to flick water onto the surface of the paper, creating the mottled look. Finally, this was then allowed to dry before using the toothbrush again to flick poster paint onto the paper to add the black specks. When the paint had dried the paper was scanned for digital use. 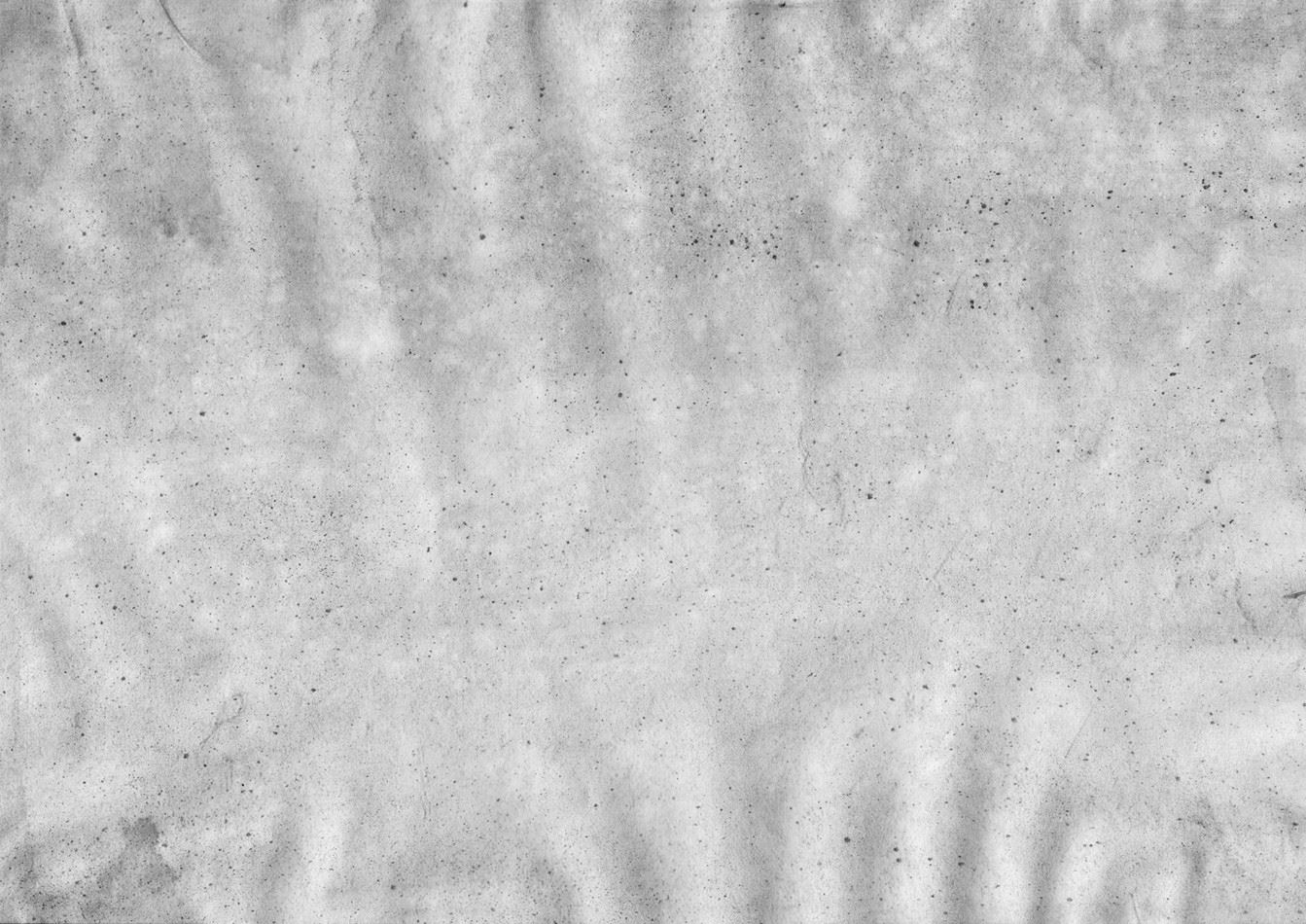 Colour Variations were used once more to increase the reds and decrease the blues. Following this, the Airbrush tool was used with pure white, 10% opacity and Overlay mode selected to add white speckles and texture to the highlights of the image. 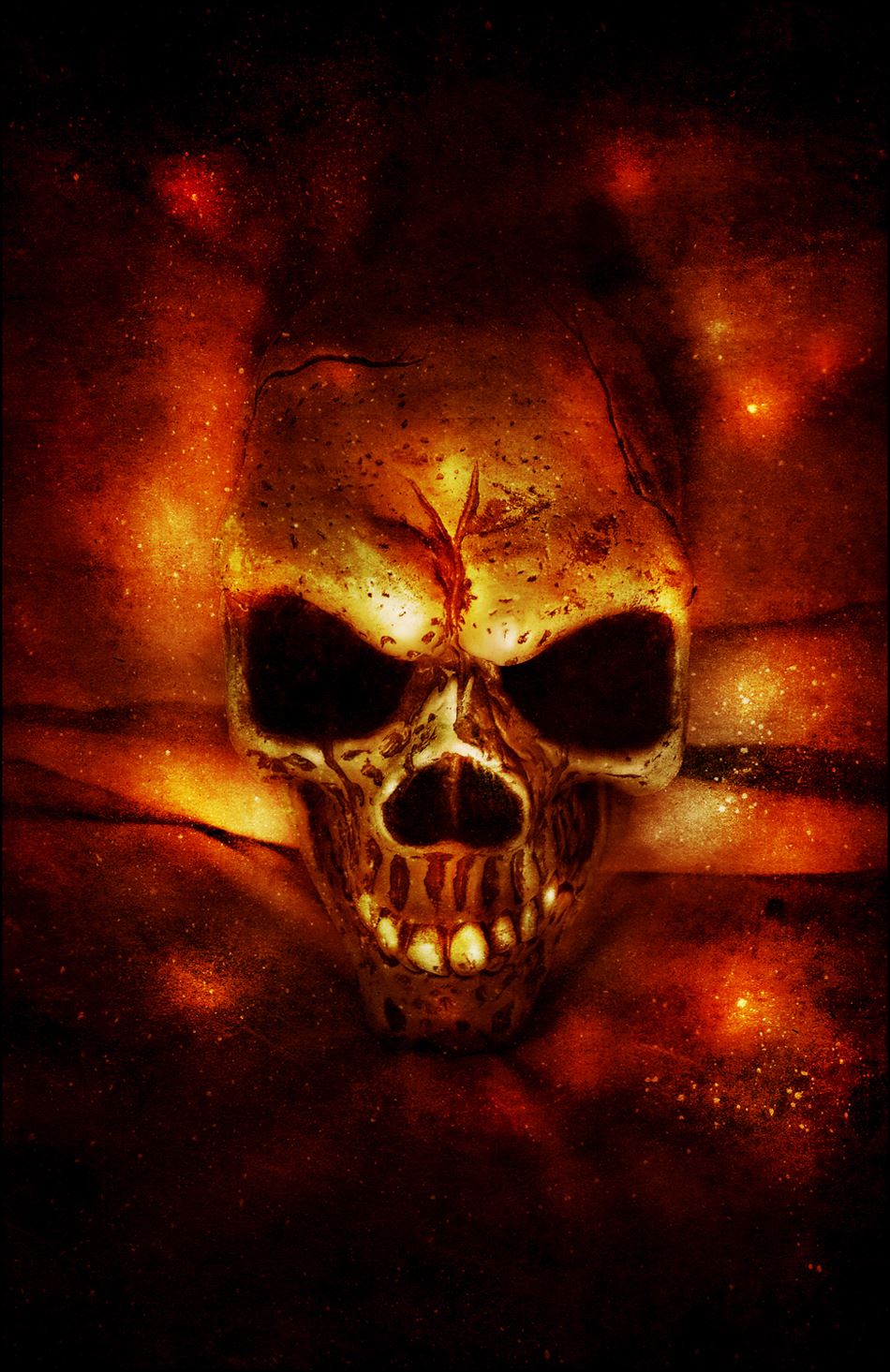 Using the same technique as above, but with a small size brush, the Airbrush tool was used to add more specks and scratches to create a painterly quality in the image. 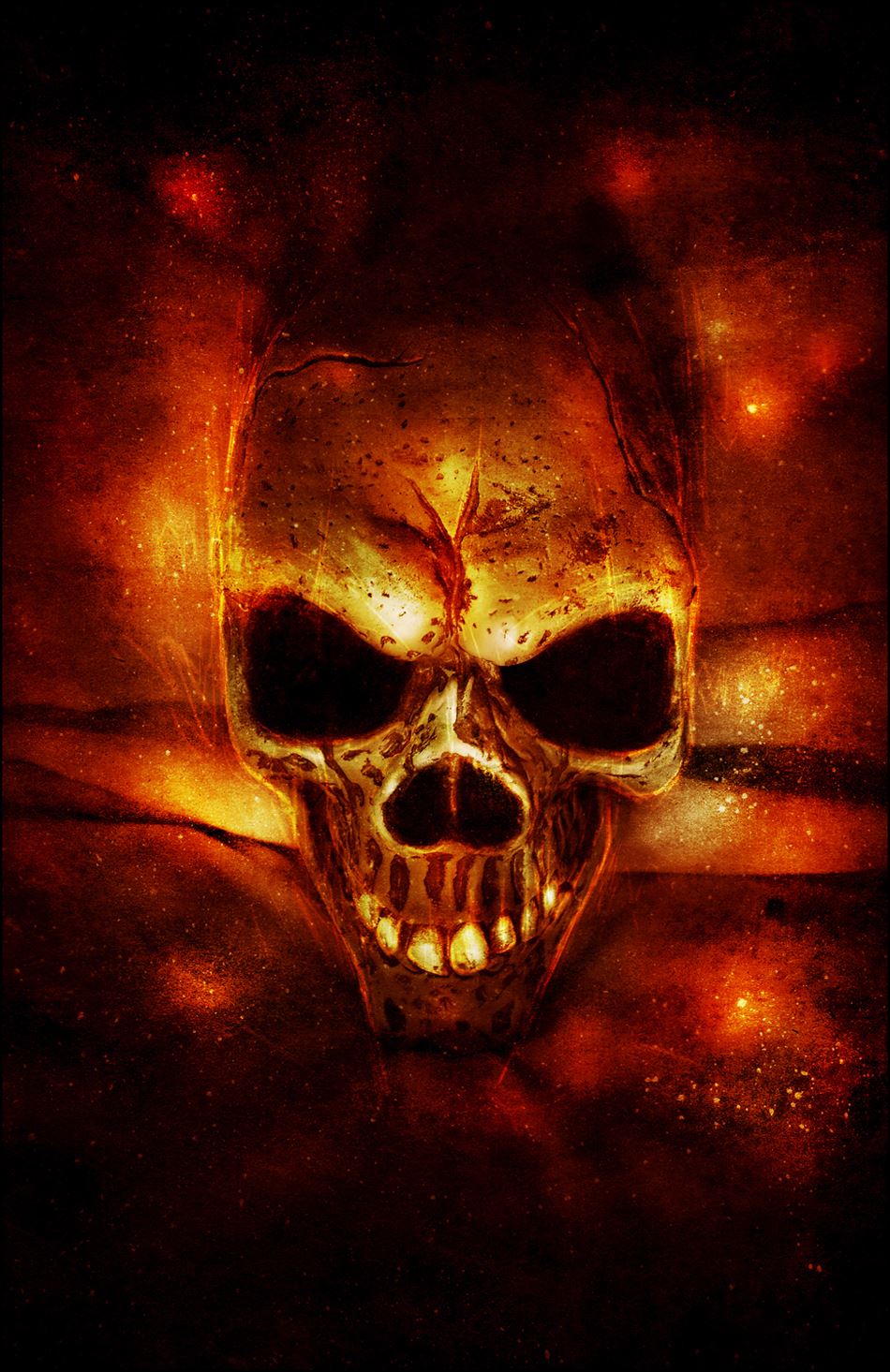 The Masking Tape texture was reddened using the Adjust Hue/Saturation function and overlayed above the skull. The layer mode was set to Pinlight and the opacity adjusted. 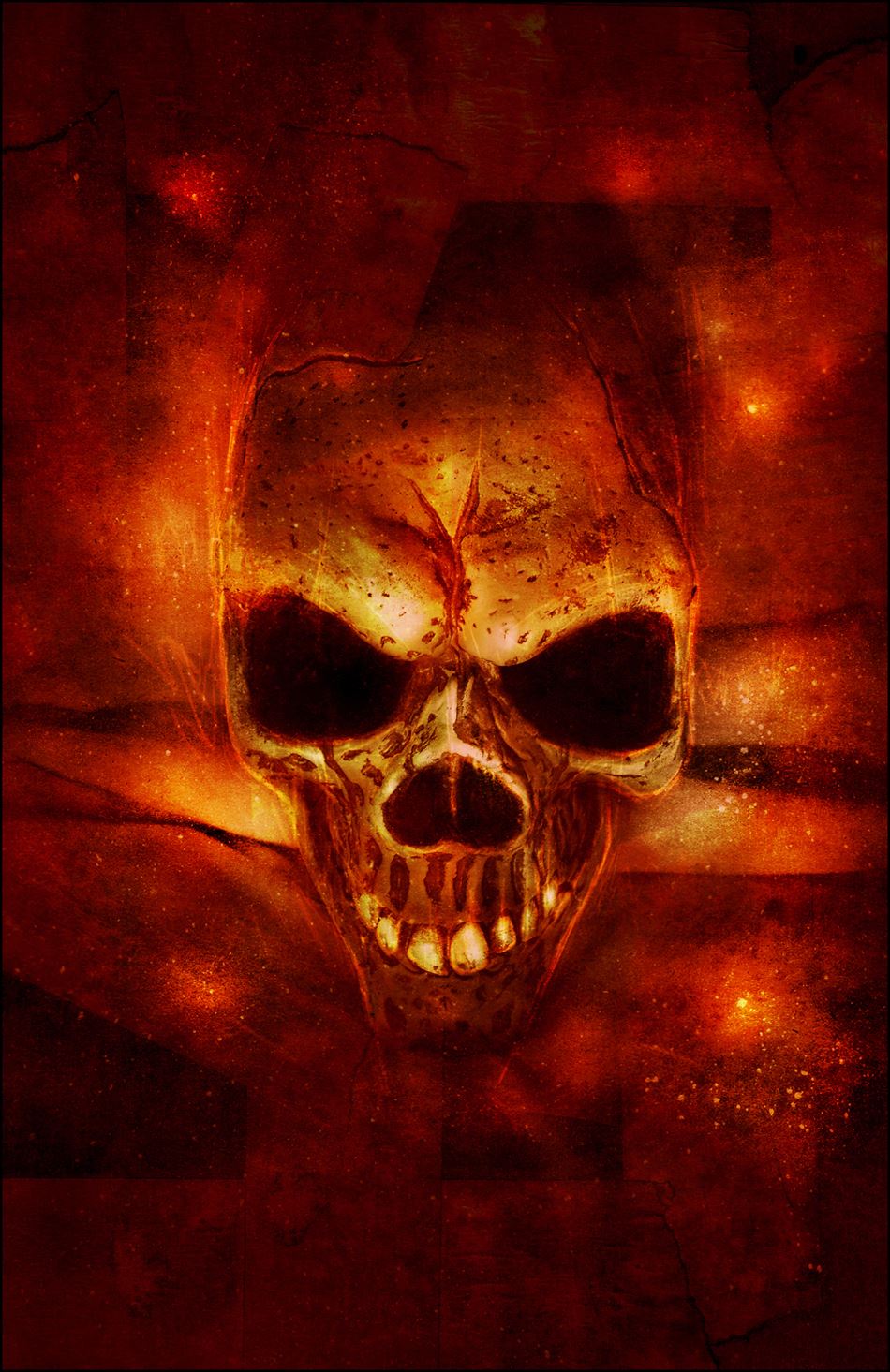 To make this unusual texture Daniel applied strips of masking tape to a piece of cardboard. The tape and cardboard was then coated with a wash of black poster paint diluted with water. Once dry, the card and tape assembly was scanned and the levels adjusted in Photoshop to make the textures stand out. 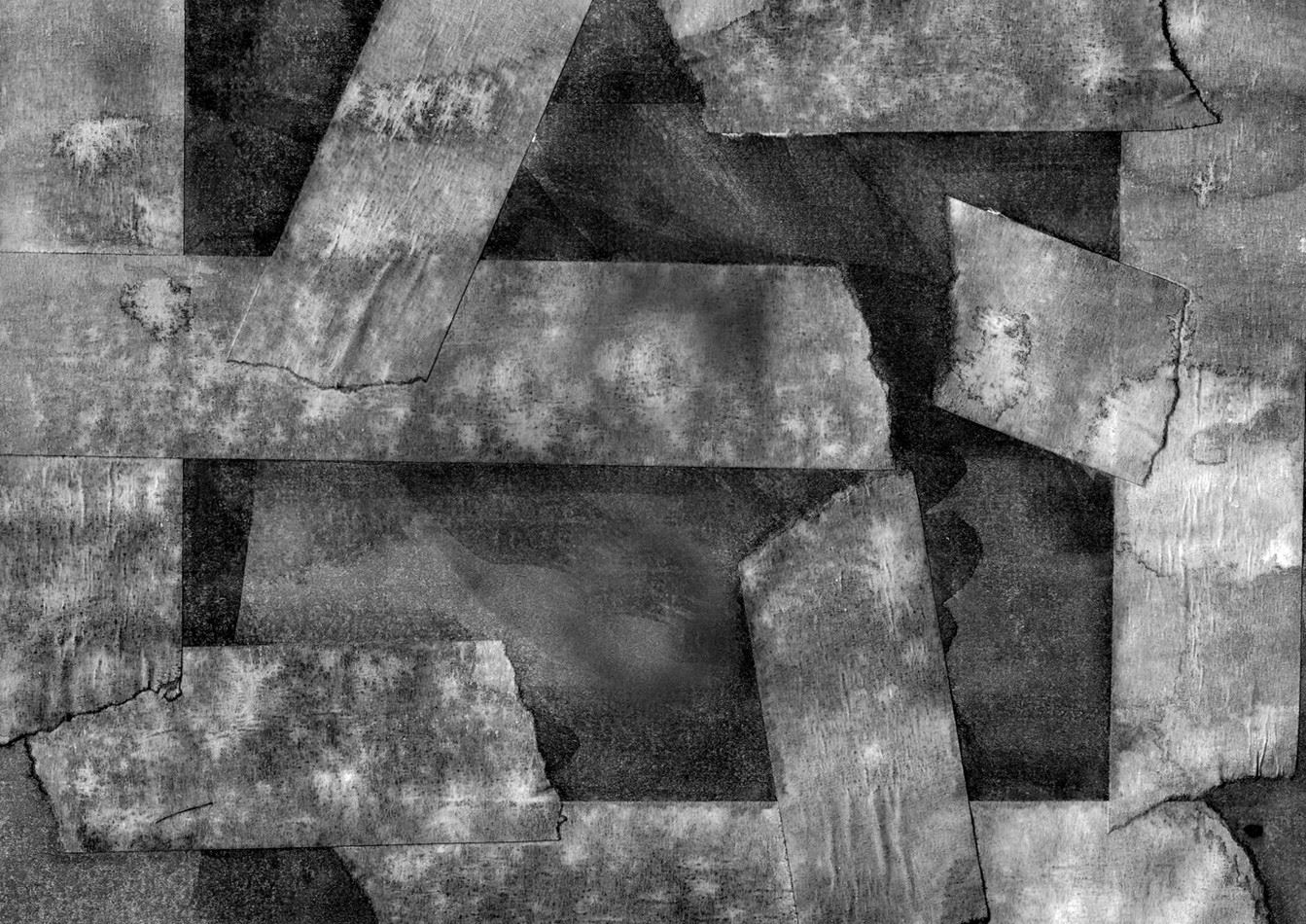 The "Gypsy Curse" font was downloaded from t'interweb and used to create the two pieces of text for the title. The Drop Shadow was added using Layer Styles to make it appear to stand off the page. 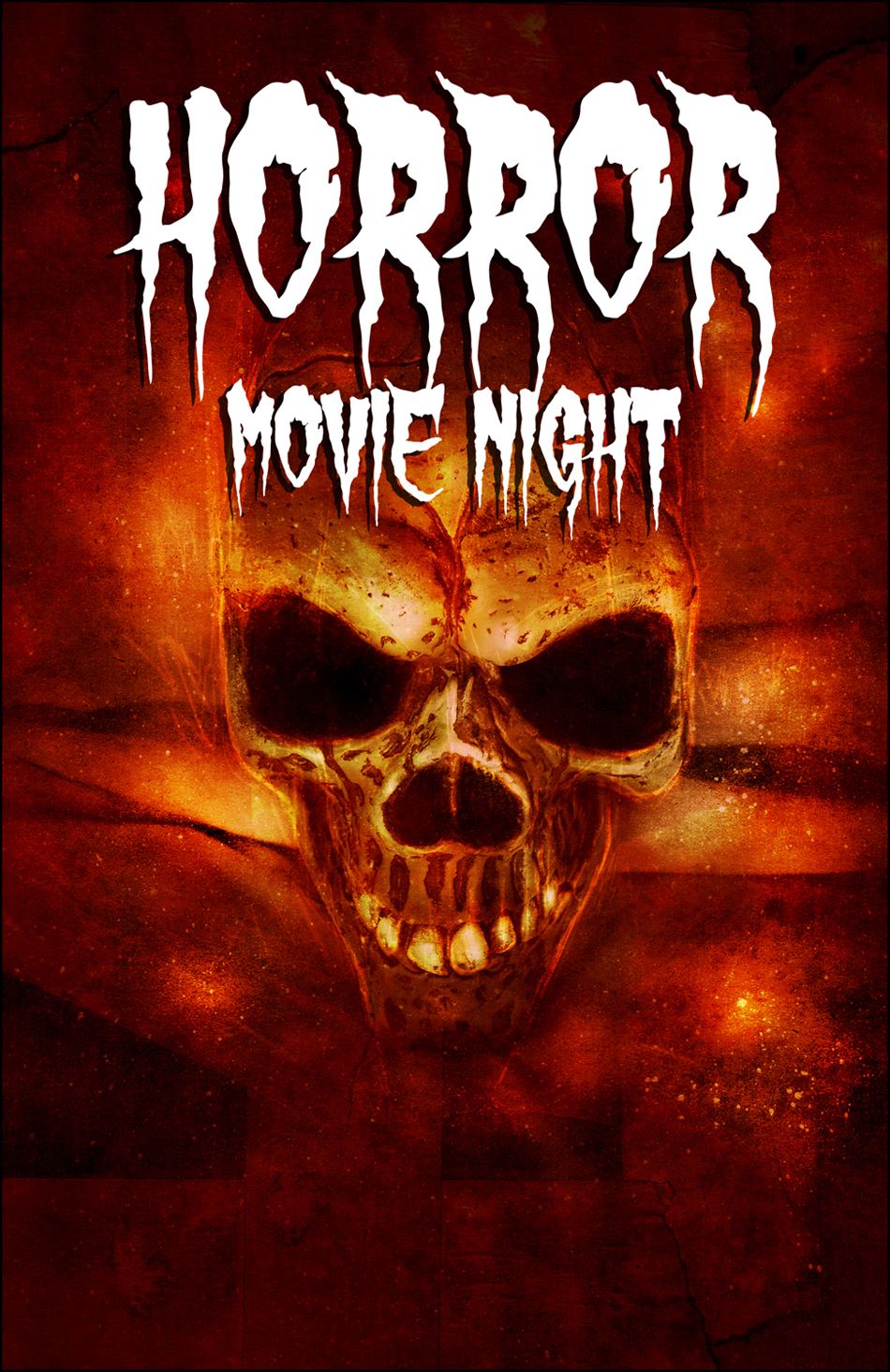 The same font and Layer Style was used to add the Halloween date. The picture "credits" were then added using the Steels Tong font, a free download font that is specifically for these movie credits. The white border was added using the Select All function, then adding a Stroke (Outline) Selection of 200 pixels. 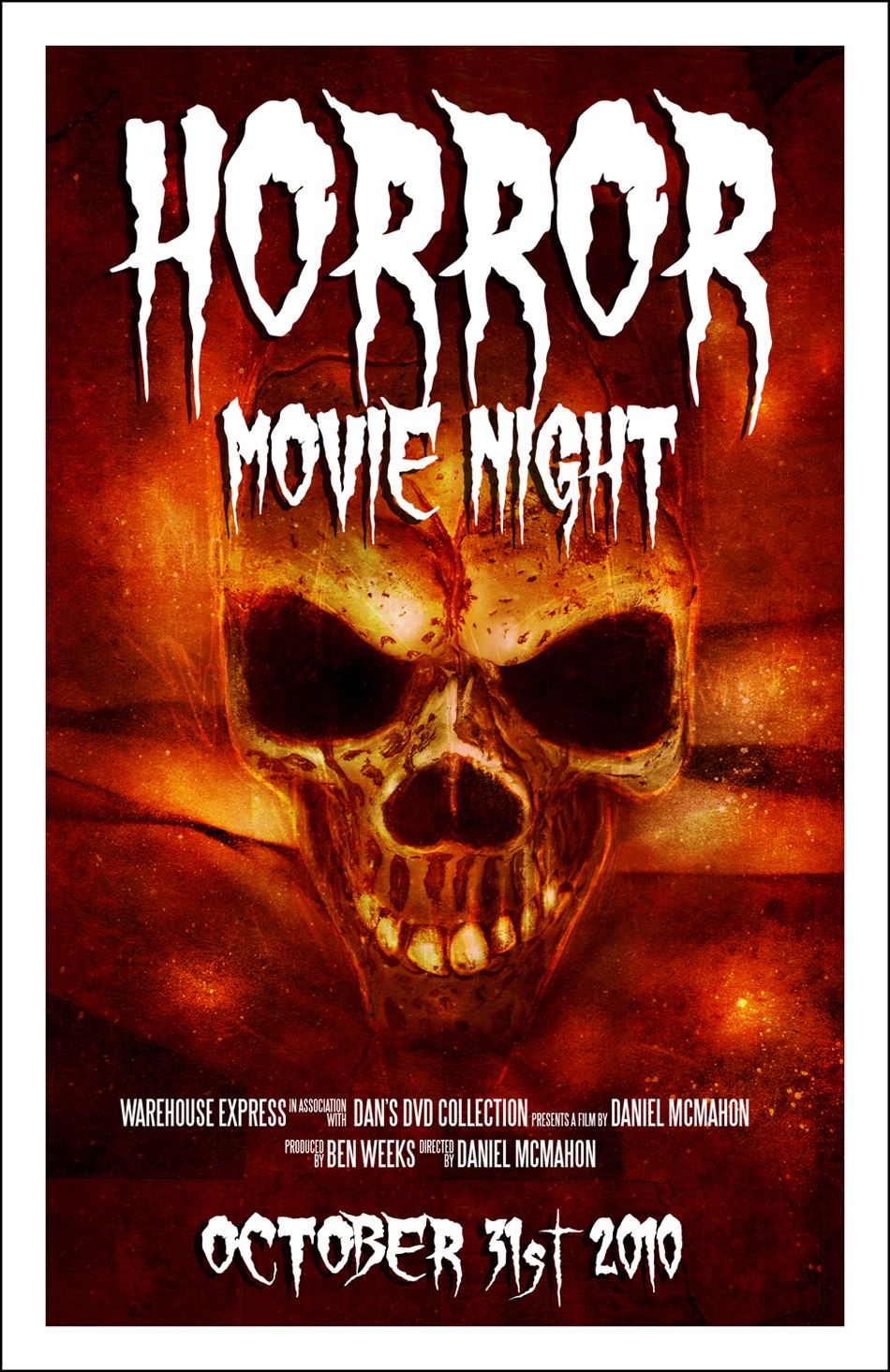 The Old parchment texture was used again as a new layer. The blending mode was set to Multiply and the opacity adjusted. The Eraser tool was then used to remove this layer from areas where its effect was undesirable. 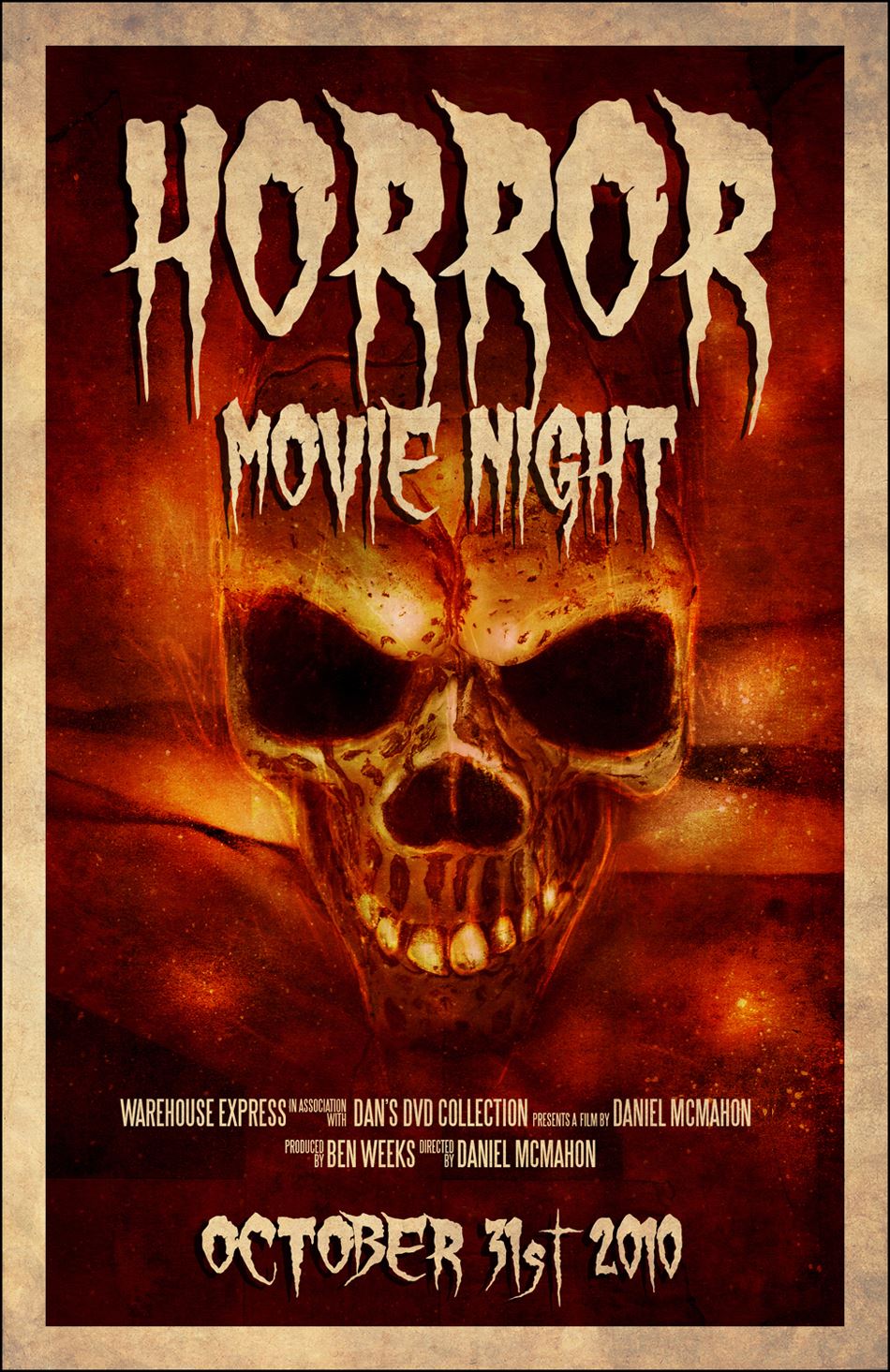 This texture was found after Googling "old paper texture" on the web. There are many textures available online that are free to use and can be added to your images to create a range of effects. 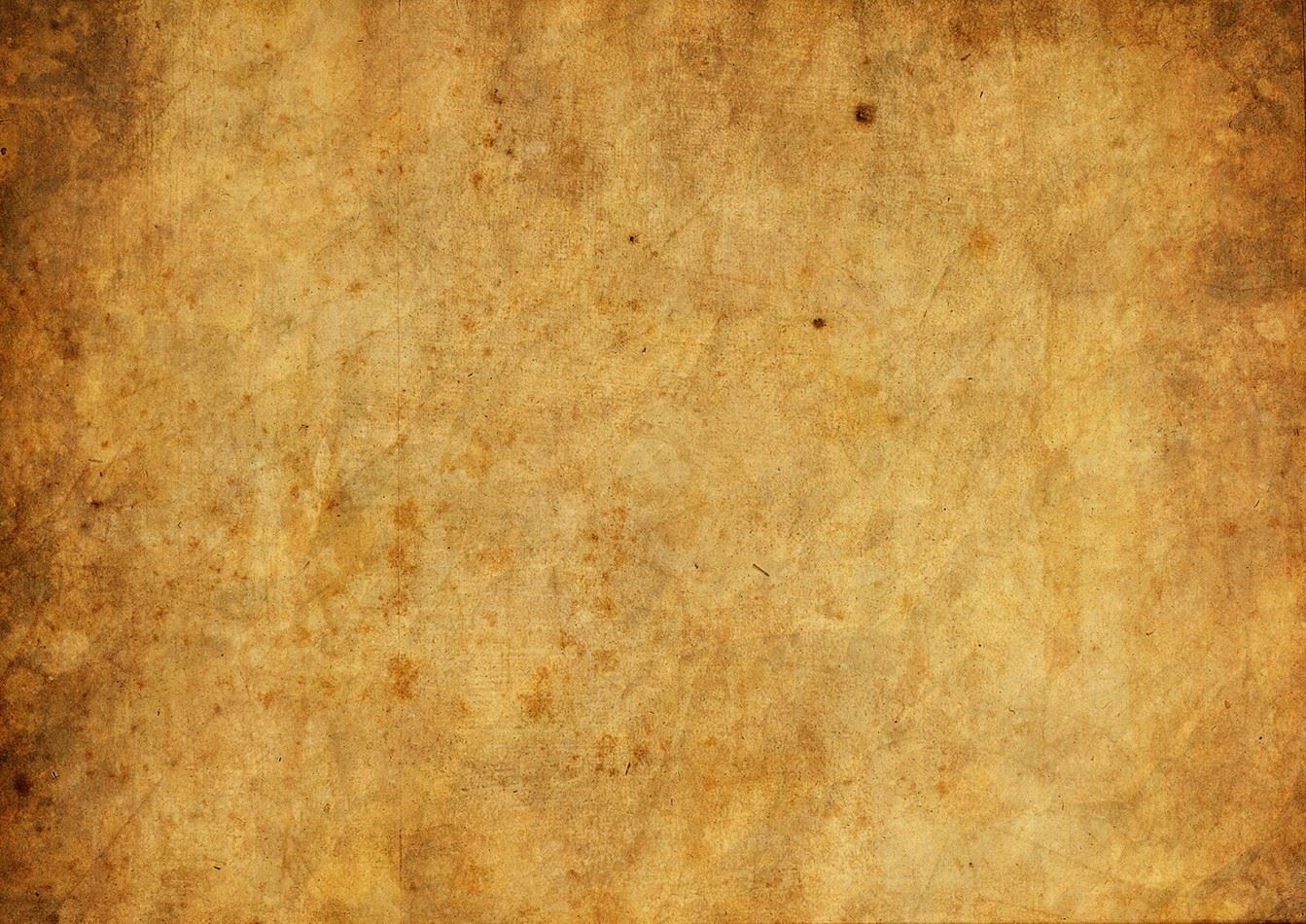 The scratches were introduced using the Worn Scratch texture. This layer was set to Screen blending mode before the Levels and Colour Variations were tweaked to make sure the scratches matched the rest of the image. 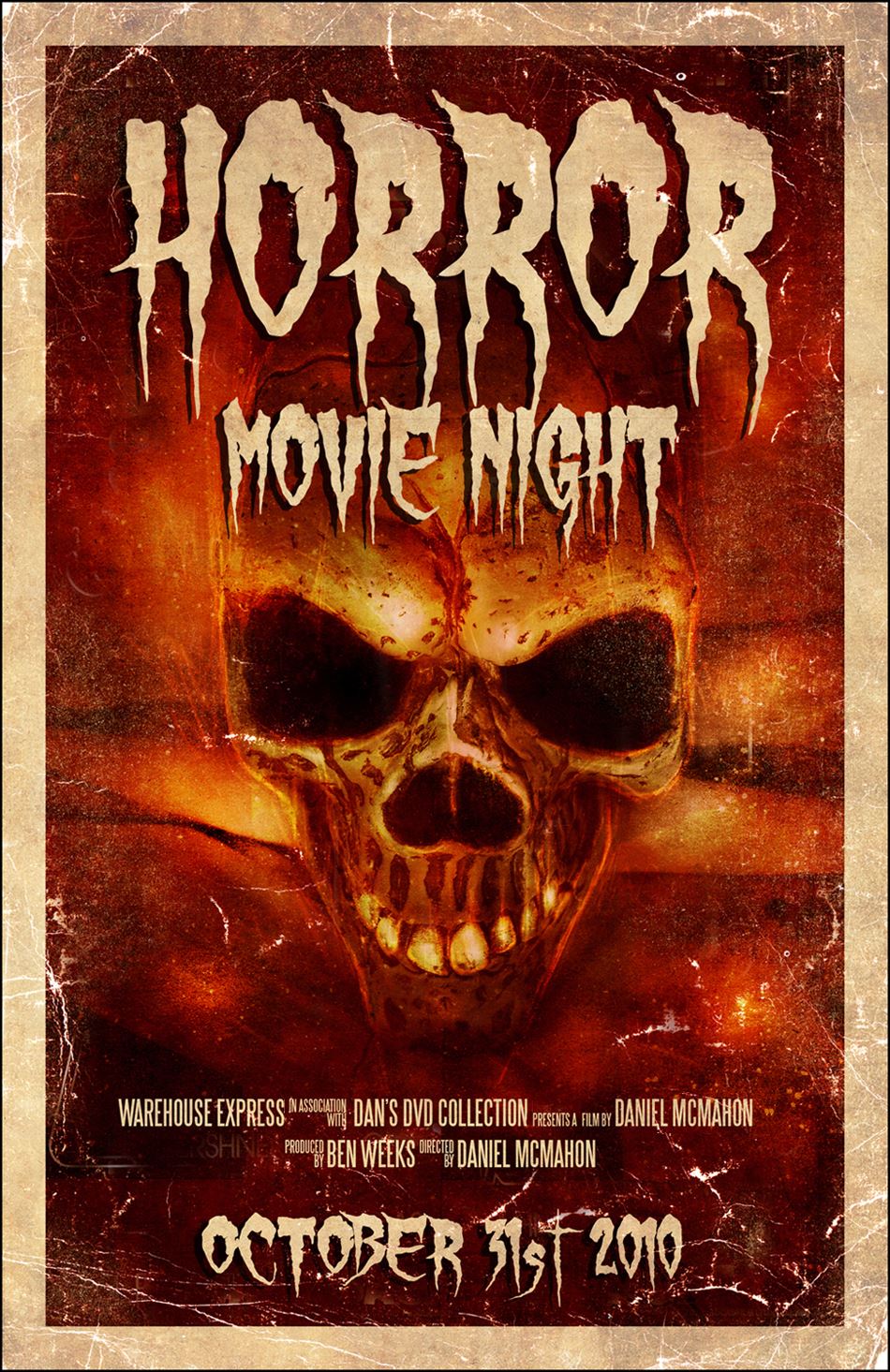 To make this texture, Daniel scanned old books, posters, magazines and anything he could find with these worn paper marks, including a Star Wars - The Empire Strikes Back collectors' magazine. He then collated these scans into one image in Photoshop, providing him with a digital texture that could be applied to other images. 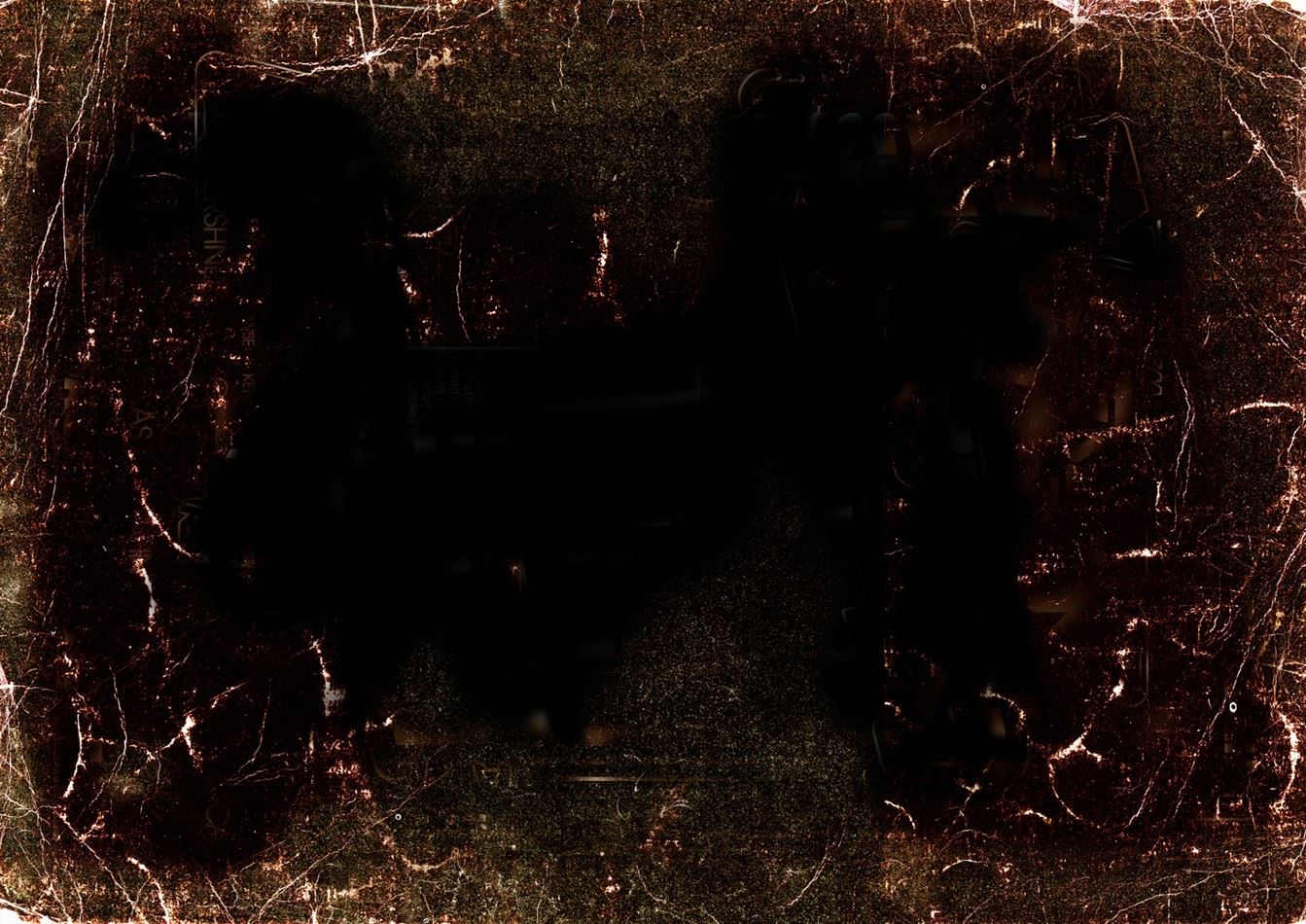 Finally, the Tea Stain texture was introduced as a new Screen Layer. Again, the Levels and Colour Variations were adjusted to blend the new texture in with the rest of the image. 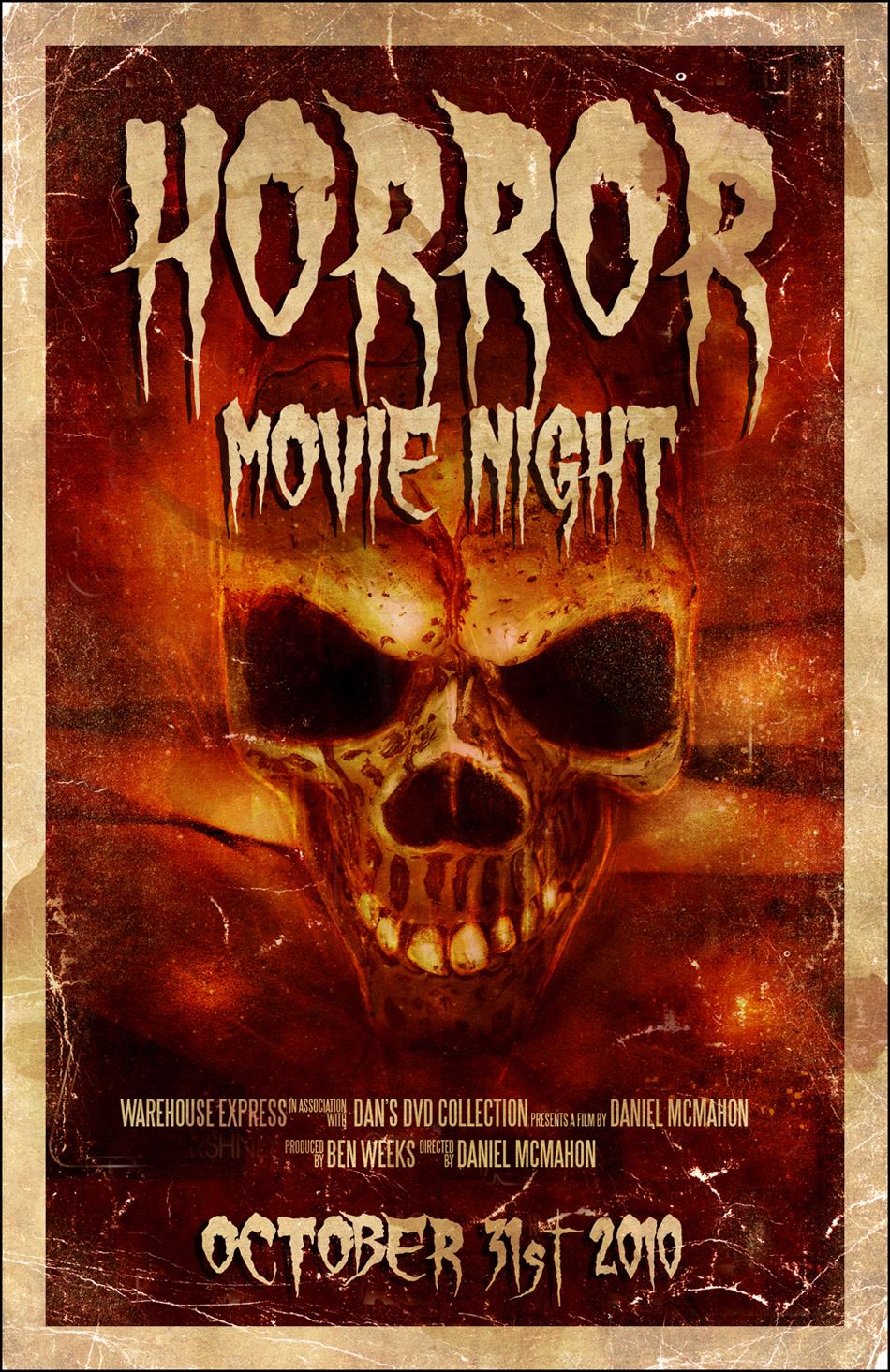 Once again Daniel started this texture with a plain white sheet of A4 paper. He then took a well soaked tea-bag and added "splodges" around the paper. To finish, he soaked the underside of a tea cup with the same tea-bag before leaving it to sit on the paper for a few minute. The cup was then removed and the paper left to dry before scanning it. 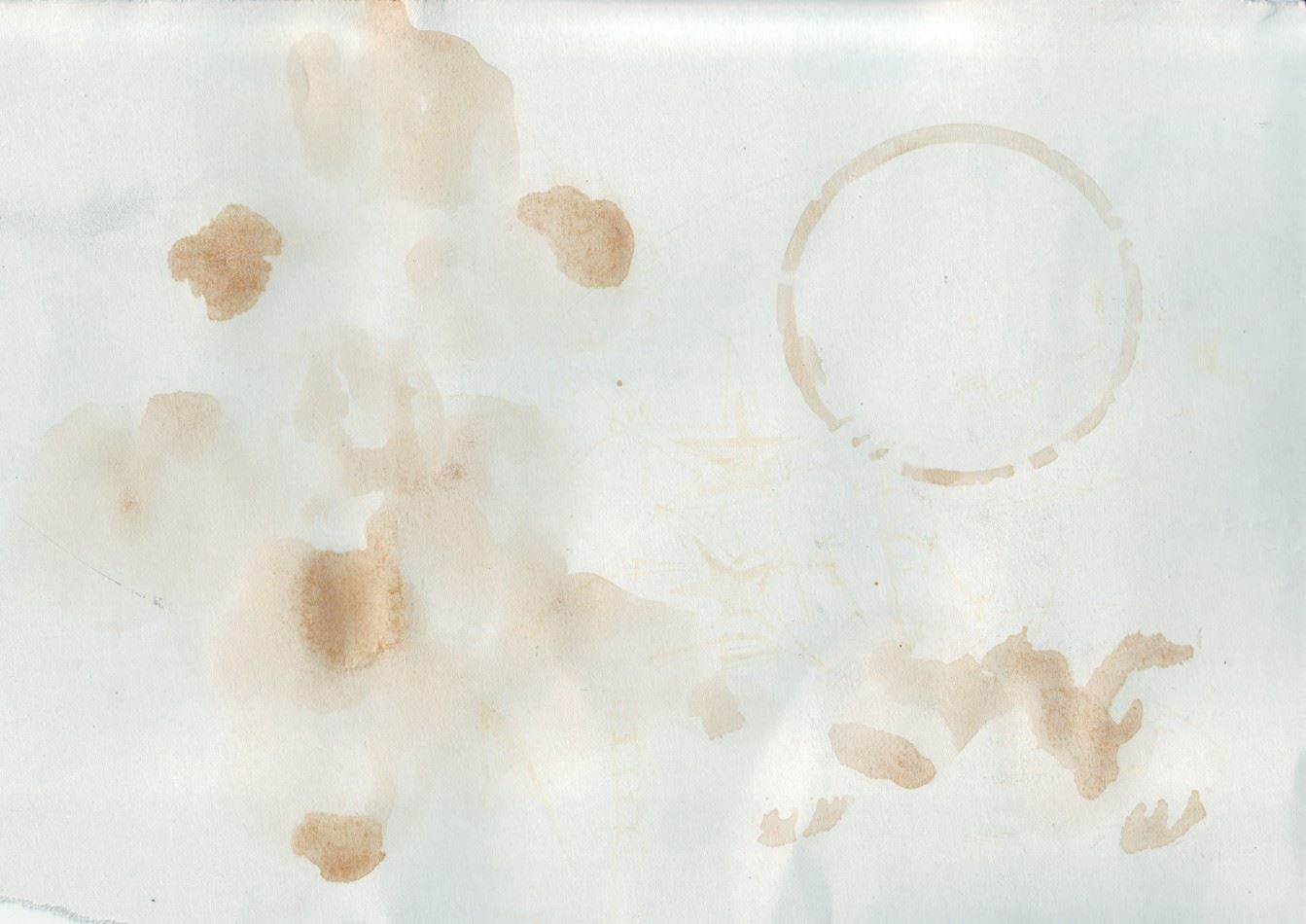 I hope you'll agree that the finished article is quite brilliant, and it was all created using some easy to find props and free downloads. Even if B Movie Horror films and plastic skulls aren't your thing (and let's face it, they're not everybody's), the techniques and ideas involved in creating this poster can be applied to any kind of project. Making your own textures, for instance, is quite a fun, rewarding, and ultimately useful thing to try, so why not give it a go and have some fun?!