I was chatting to my friend Chris last week, a very talented commercial photographer who is always busy shooting all kinds of things for his many clients. He told me about one particular job however was not going to be easy, he had to shoot a range of bathroom and kitchen taps for a new brochure. As you can imagine they are all very shiny, with very subtle finishes.

As I am always being asked how to light very shiny objects, I asked him if I could come over to the studio to see how he was going to do it. We agreed to meet at his studio and he would show some of the lighting techniques to shoot these shiny taps.

For this job, Chris had built a kind of light tent, using two Bowens Wafer 140’s for each end and white background paper, wrapped around to form a giant tube. 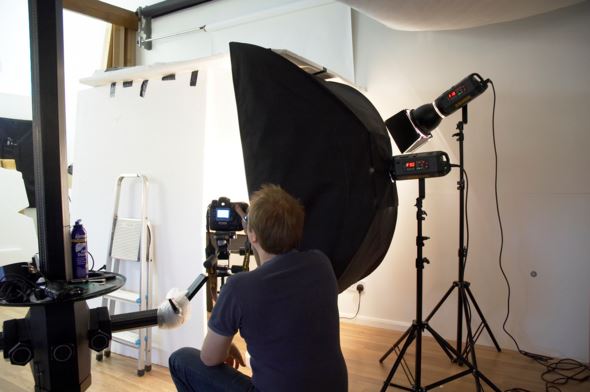 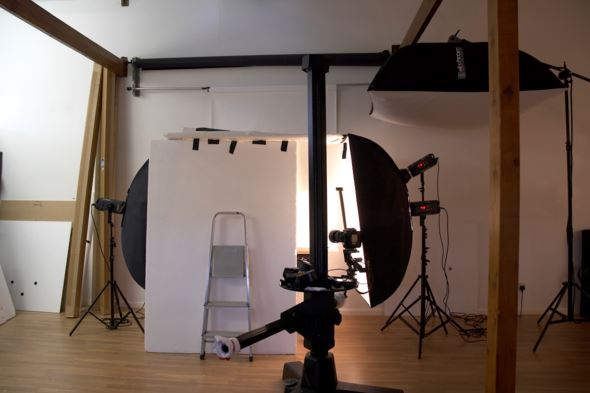 Home Made light tent in the studio

The taps, some Chrome, some Nickel and some made of Brass were all tricky to light and shoot. The nickel surface was the most awkward and Chris shot these using the Halostar modelling lamps, setting the Kelvin rating at 2500. 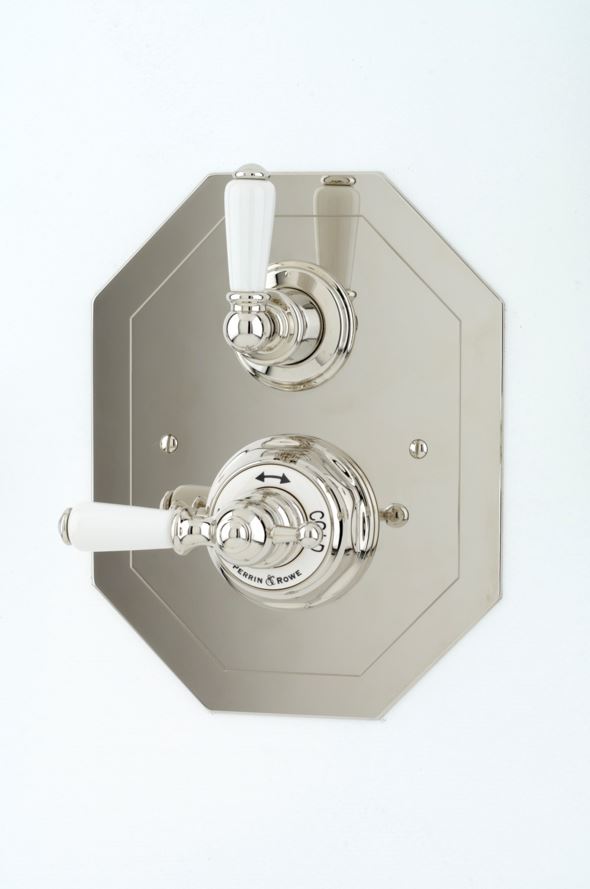 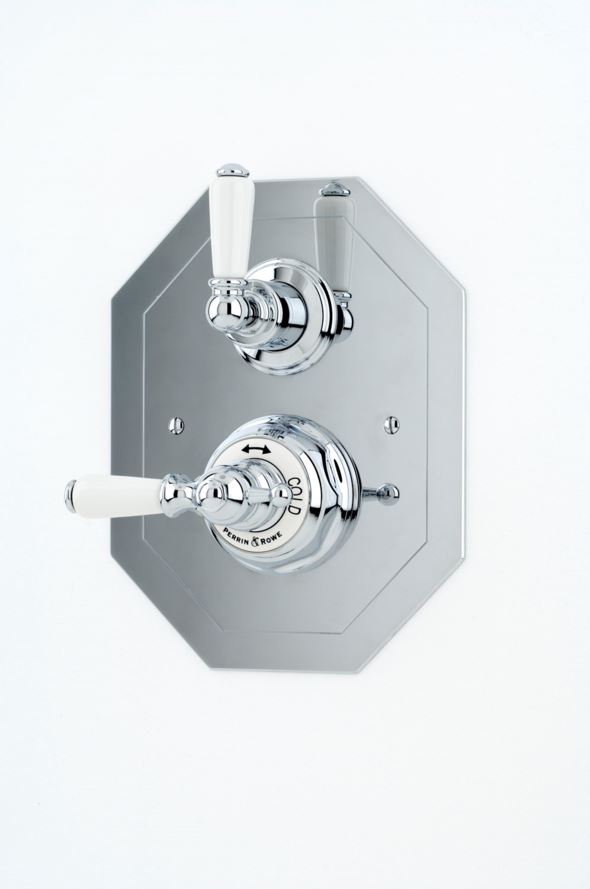 This was a shrewd move, the slight warmth of the tungsten lights made the Nickel taps really stand out. Chris had used flash for everything else, using two Bowens Esprit 500DX with the Wafers and a 250DX with a Grid reflector and barn doors to kick in some extra background light. This had been fine for the Chrome and Brass but the Nickel looked to close to the Chrome on screen. So by using the modelling lamps Chris created a very subtle but important difference between the two surfaces. 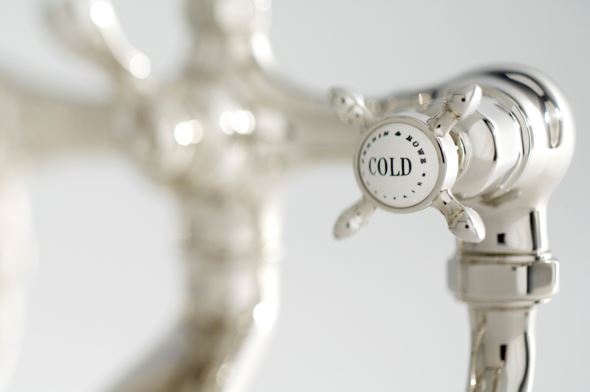 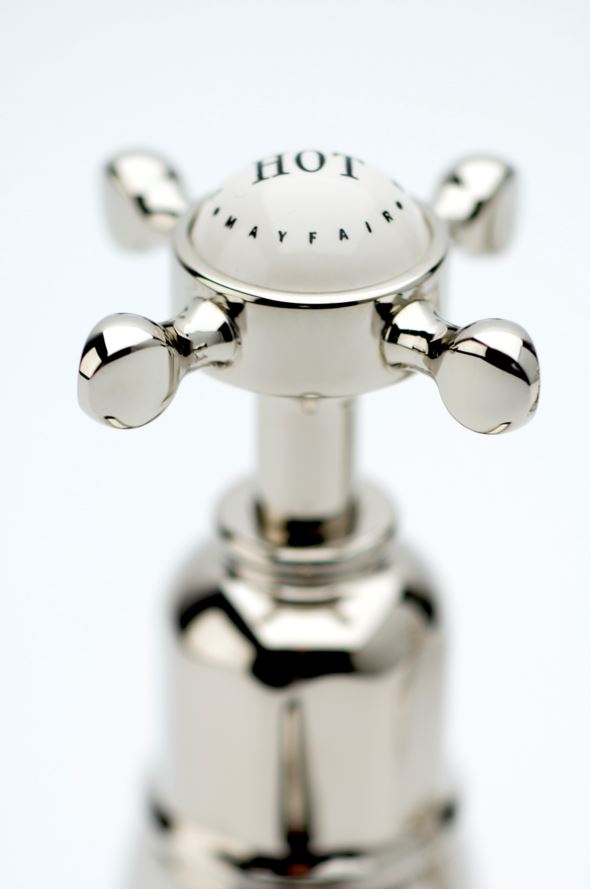 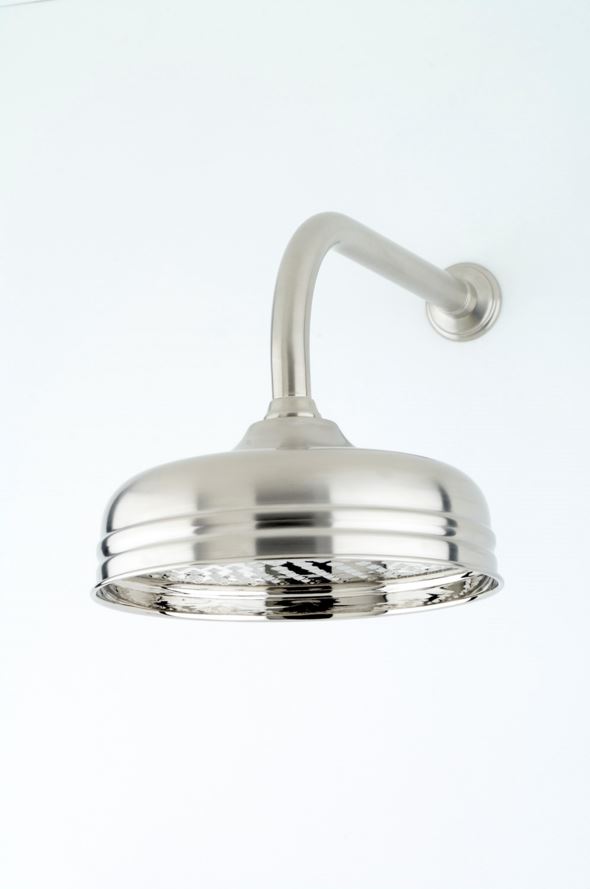 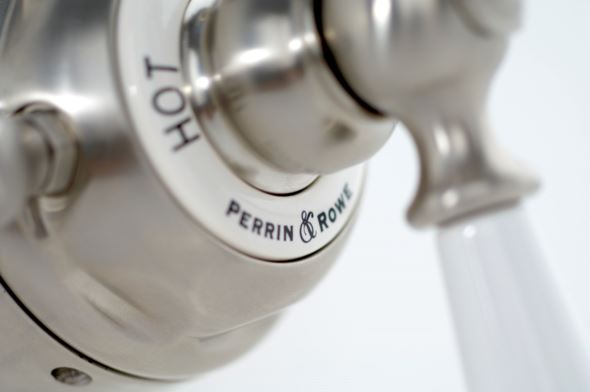 Chris shot these pictures using a Nikon D2X with an 85mm shift lens to help correct verticals and horizontals, most were shot at around f16 to get a clean brochure shot, others were taken at about f2.8 to create a beautiful soft effect. I think that you will agree that these pictures are great, especially considering the difficulty of the subject. 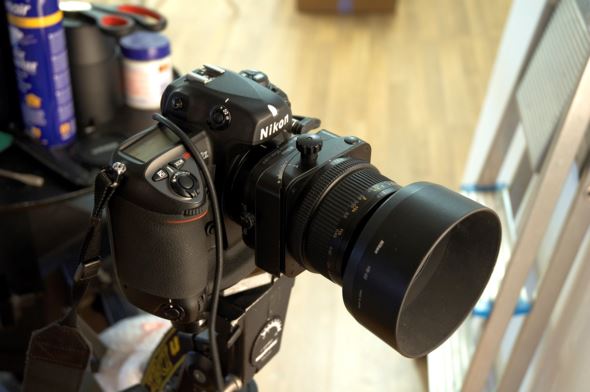 My thanks to Chris Reeve at Reeve Banks Photography and Jayne Snelling at Perrin & Rowe for letting me use the pictures.