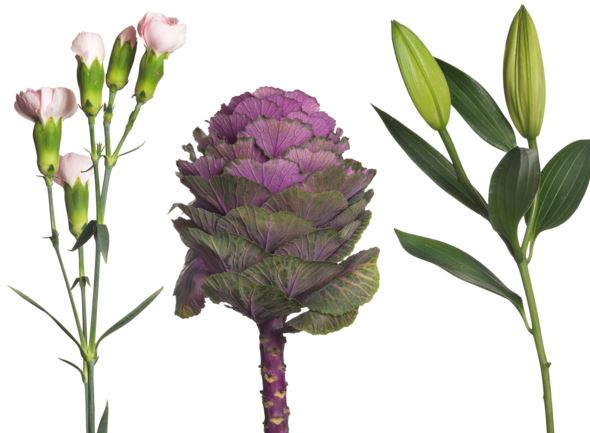 Following on from my last article about shooting still life work on a table, I want to move on from that and take the techniques I used a step further. For this article I want to show you how easy it is to shoot flowers against a completely white background, working again on a table top with just two lights.

Last time I used a simple lighting set up to shoot some small flower arrangements using white lining paper as a backdrop, as I explained its not a true white, more of an off white, but still perfect for the effect I was looking for. For the background this time instead of using a white background to shoot against, I used the small soft box that comes as standard in most lighting kits. For those of you who have never tried this technique I hope it will open up some new possibilities for you.

Once again, using this set up is the ideal way to get to know your lighting and how it works.  To shoot this set up I used a standard Bowens Gemini two head 250R kit, shooting with the small 60x60cm soft box and brolly that comes with the kit. For those of you who are using different equipment don’t panic, you can use two softboxes if you don’t have a brolly. You can also use a larger soft box if you have one and still get the same results. Simplicity is always the key to success, and that certainly applies to the lighting I used for this shoot.

To arrange the lights, start with the background light. All you need to do is mount the soft box onto the head, keeping it in a vertical position at all times.  We can then place the head so that the front of the softbox is just resting on the edge of a table. The second head uses the standard brolly, (or second soft box for those of you without brollies) and I removed its outer silver cover so that I could shoot with the more diffused white translucent material. 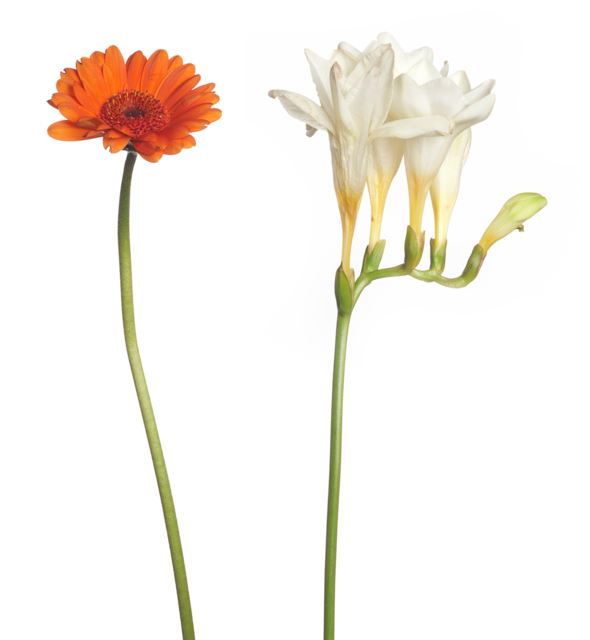 Don’t forget that the brolly can then be used in two ways, either bounced to give a very soft light, or turned to the subject and used ‘shoot through’ direct onto the subject, giving a little more contrast. You can shoot some tests using both brolly positions and use the option that gives you the best results. For the shots I took, I used the brolly shoot through.

Now for the flowers, try to get hold of some unusual colours and shapes. I managed to find some really nice blooms from my local florist, I’m sure that you can do the same. To hold the flowers in position, I filled a small flower pot with earth, making a small hole with a biro and pushing the stems firmly into it. Once in, you can rotate the pot to get the very best shooting angle of the flower. Don’t be afraid to remove any leaves or petals that are blemished or just don’t look right, so have a pair of large scissors to hand at all times!

As usual, I put my camera on a tripod and set it to M for manual, 100 ISO and 125th of a second. To get the exposure right will need a series of test shots as no two set ups will be exactly the same so be patient. I shot most of my images using an 85mm and a 50mm lens, trying to shoot at an aperture of between f11 to f16 to get everything nice and sharp.

When using the soft box as a background the key thing is to position your subject, the flower in this case, making sure that all of it fits within the area of the softbox behind it, if not make it slightly smaller, or bring it forward towards the camera a little. The key thing is to make sure that it has white around the sides and top of the subject. 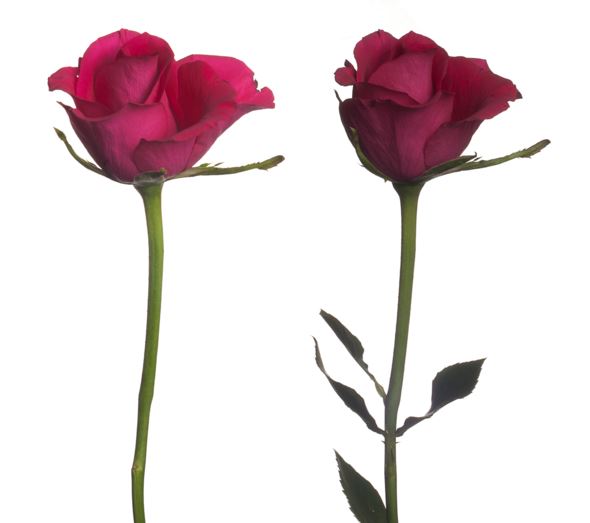 To start shooting set your camera’s aperture to f11 and keep things simple by only turning on the softbox head at its lowest power first, working upwards by increasing the power by ½ stop increments. At first you’ll find everything looks very dark and gloomy, don’t panic just keep increasing the power and you’ll begin to see the background lightening and become nice and crisp and even just like winter snow! When it is at that even point, don’t increase the power any more, leave it at that setting.

Now turn on the brolly head at the lowest setting and shoot the same series of test shots looking at the light that falls onto the subject. You may have to increase the power of the brolly compared to the background, I shot these images with the softbox light set at 3.5 to give me the completely white background I needed and the brolly light set a little higher at around 4.5 to give me the coverage I needed for the flowers. Its always difficult for me to give you accurate figures to work with because you’ll all be using a variety of different heads and powers and perhaps distances.

The exposure may change a little depending on the size, shape and colour of your flowers, but you’ll soon understand what’s happening. Once the exposure is right, you should be able to leave everything set and just concentrate on the flowers themselves. As I said before, look carefully at each flower, trying to find the perfect angle to shoot at. I used my 85mm lens front on to capture this nice series of images. 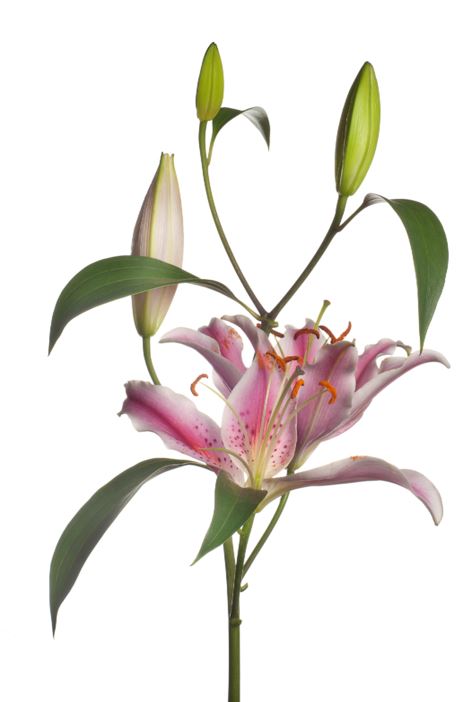 Of course now that you’ve learnt this simple technique of using the softbox as a background, there is no reason why you can’t shoot all sorts of different work. Try using the technique to shoot Hi Key portraits, especially head shots of children, it works so well. Just get them seated in the right height chair and place the softbox about 1 metre behind them, making sure once again that their heads are completely within the area of the softbox. Use the same methods as before shooting a series of test shots, first with the softbox to get that nice clean white background, and then with the brolly to get the even coverage you need. You can also experiment using the softbox on its own to shoot profile silhouette shots, especially of small children. To do this properly, you will need to shoot in a completely dark room

The nice thing about this technique is that for the beginner or even for the more experienced flash user, you can achieve great results using very basic accessories in a minimum of space. So as I said last time, instead of watching that old movie again use that winters afternoon to get to know your kit and have fun shooting flowers and perhaps children and other members of the family. What could be better, I hope you have some fun!!