I get many emails and questions from people about still life or tabletop or photography, so many people want to shoot small items for brochures or web sites. Getting it right can be a little tricky, trying to light small, shiny or very odd shaped objects. It’s all about getting light into the subject to highlight and accentuate shapes, detail and textures.

So I was very pleased to get a call from Trevor who came to one of my seminars a few months ago to improve his lighting skills. He told me however that he was still having a few problems shooting the bonsai trees that he grows and shows as a hobby.

Thinking that this would make an interesting topic for the web site, I suggested that Trevor and I get together in Chris Reeve’s studio and have a go at shooting his trees. By using a variety of accessories that I new would do the job I was confident of getting some good results. This is the key, using accessories that will bring out the best of the subject. The main problem Trevor had was not being able to light the trees evenly and being able to highlight small areas of interest at the same time.

He had emailed some pictures of the trees that showed this, he’d managed to light them using a soft box and brolly, but they lacked detail. In fact the trunk and other inner parts of the tree were just not lit at all. This was the challenge, to really bring out the detail deep inside the trees, to show the textures and details in the bark and trunk.

Trevor brought two wonderful trees to the studio, a Yew tree and a Pine tree, both about the same size, but with very different shapes and textures. He also brought a book with him, a show guide of bonsai trees that included one of his own exhibits.

The photos of the trees in this book were all taken against a black background that really complemented them and really did show up all the details.  We decided straight away to use the same black background colour as the book as it had worked so well.

To start we positioned a table about two metres away from a black paper background and covered it in a black cloth. We put one of the trees on the table and Trevor positioned it to get its best angle. By placing the table well away from the background, it made it easier to light, as I didn’t want any stray light falling onto it.

To light a still life subject, it’s best to use one light at a time to build up the overall effect. Trevor pointed out exactly what he was looking for, to light the innermost parts of the tree trunk. So I started with a Bowens 500 Esprit DX and used a High Performance reflector positioned about one metre away on the right hand side of the tree.  The High Performance reflector gave a crisp even light source that instantly lit the whole side of the tree, showing up a lot of texture in the leaves and trunk.

Directly on the opposite side, I put another 500 DX again about one metre away, and put on a Bowens Backlite reflector. You may think this a strange choice, but because of its elliptical shape the reflector can be positioned horizontally with the longest side towards the background, this helps to keep any light ‘spillage’ to a minimum. The Backlite reflector also produced a crisp clean light because of its white interior. By turning the head slightly from side to side the light could be controlled easily to get it deep inside the tree.

So with two heads in position, one from each side and roughly balanced the effect was looking ok, but we just lacked an overall light at the very top of the tree. A third head was used, a 250 DX with a 60cm soft box. I placed this head high up and just over the tree out of camera shot. It instantly lit the whole top of the tree and solved the problem.

Now that we had three lights on the tree we could start to balance them to give us the exact effect we wanted. By looking at the subject very carefully, Trevor could see that making subtle adjustments to both position and power made all the difference.

After a few meter readings and some test shots we were beginning to get some nice stuff. Just a few more subtle adjustments, mainly to keep the light off the background and the results just got better and better. We compared our results with the shots in Trevor’s book and I’m pleased to say they were just as good if not better.

Trevor was really pleased and said that he had learned a lot, even Chris who was in the studio that day and couldn’t help getting his hands dirty by kneeling on the floor and holding a reflector at one point said how nice the shots were, praise indeed!

Using the accessories I’ve mentioned here will transform your still life subjects and are so simple and great fun to use. It’s all about using accessories that either produce a small area of light, like the Grid reflector and Honeycombs or using something like the High Performance reflector close up to give a clean crisp even light source over a larger area.

Here are the pictures of the bonsai trees and I’ve also drawn a diagram of the lighting set up that we used. In terms of camera and exposure, Trevor took these shots on his Nikon D50 using a 50mm lens at f13, 125th of a second at 200 ASA. 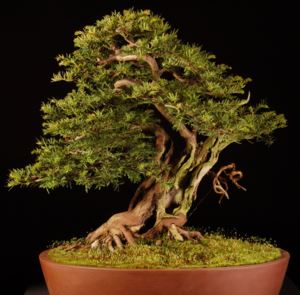 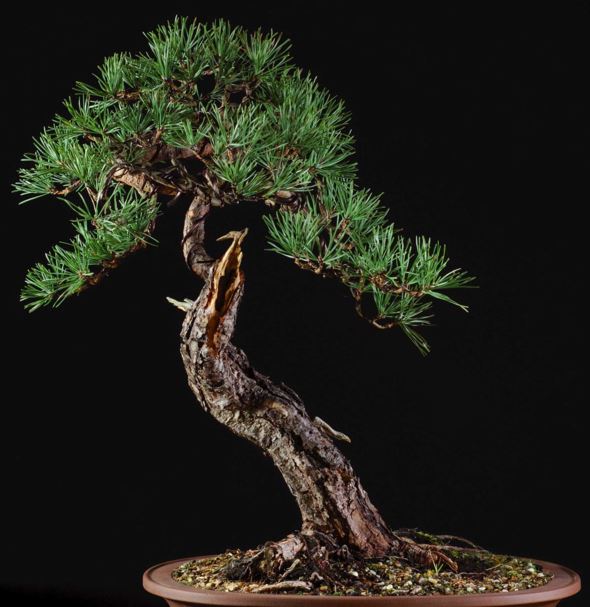