Telling a Story with Photography

Photo essays are a powerful way to tell a story. Darragh Mason Field explains how to craft a story with your camera 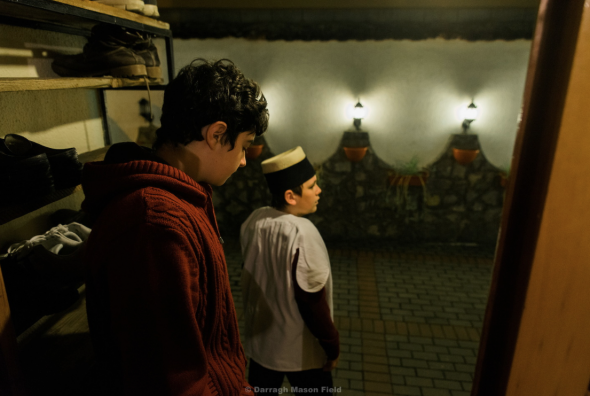 From Darragh’s photo story on Sufis in Kosovo

Last New Year’s Eve, Joel Goodman took a photograph outside the Arndale centre in Manchester. At first glance it is an innocuous scene: the usual chaos that comes with typical end of year celebrations.

But delve further into the photograph and you start to see a more dramatic tale. In the foreground police detain a man while next to them a young woman protests or perhaps accuses. In the left of the frame a prone man, drunk from the night’s revelries, lies in the road, stretching out to a glass of beer just out of his reach. It’s a great shot, with drama, humour and a tinge of sadness about it, capturing not only the chaotic energy of New Year’s Eve but also the chaos of its subjects’ lives.

The composition is flawless, the frame is filled beautifully, and more importantly, what had drawn Joel Goodman to the scene went on to fire the imaginations of those who saw this photograph. They created backstories for the people in the shot and compared the image to the work of great masters.

The photograph has now been dubbed ‘The Creation of Manchester’ and has been shared across social media tens of thousands of times. It’s a great example of how a photographer can create a story in a single frame, with patience, excellent composition skills and an ability to choose the right moment to capture.

These are the factors that will allow you to tell a story in a single shot. To tell a story with multiple photos takes the same skills but the documentary will also need a unifying theme and structure.

Practice is of course the key! There is no substitute for getting out there and honing your skills. Take street photography walks to get into the practice of composing on the fly and of anticipating how a scene will unfold, so you’re ready to capture the right moment. Do some event photography: you’ll learn about shooting in different light conditions and about composition in moving environments. It will also teach you about getting the photos needed for a client: you’ll need to vary your shots with close-ups, wides, portraits and details to get the fullest story you can.

Think in terms of telling your story: you’re no longer just composing for aesthetics but to relay information. Who are the people in the photo? Where are they? What’s happening? Answering questions like these in your photos can be key.

Once you’ve practised and you’re happy with your skills it’s time to think about the structure of your story. Consider your approach quite academically: your documentary will need a beginning, middle and end. Look at the work of established photographers to see how they achieve this. Study their images, look at what they are saying and look at the pace they are using with each frame to tell their story. 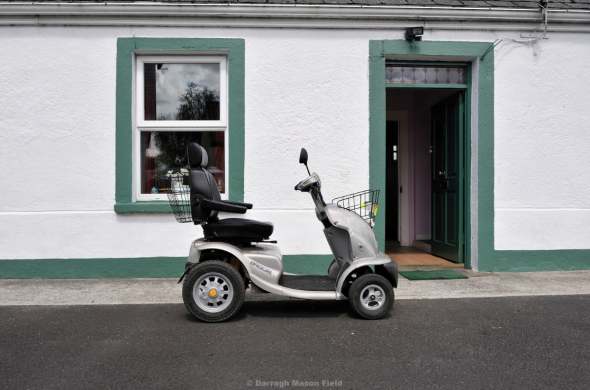 Establishing shot from my essay “Billy the Kid“. From this shot we see where Billy lives and we know he has a disability as he has a mobility scooter.

Now you need to consider the angle you’re going to use to approach your story. When I shot my work on Sufis in Kosovo I focused on the family who formed the centre of the Sufi group, and told their story as well that of the ritual of piercing. 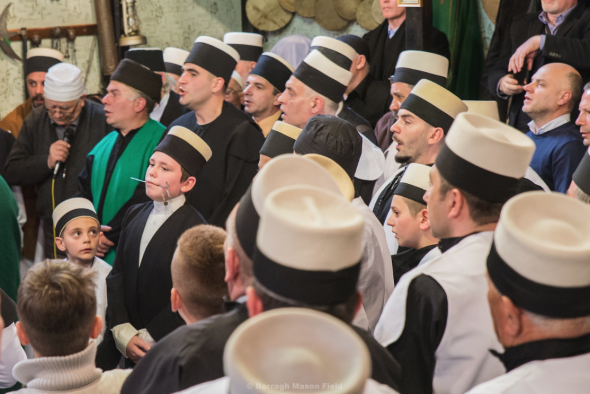 A young boy watches a pierced Emir during the Ijra ritual.

Let’s use the hypothetical example of following a team of firemen for your story. The beginning could be a wide shot of the station; the middle could show the firemen training or responding to a call. The ending might cover the aftermath of a fire, perhaps a burnt out building and portraits of exhausted firemen.

This is a simplistic description but it does outline how you need to think about an essay – in terms of a sequence of images that are part of the whole. You may have single images that are great shots but don’t fit in your essay: be ruthless and cut. You can always share these on another platform. 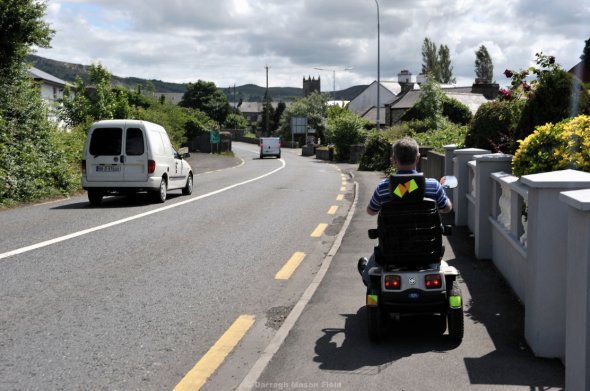 I use the mobility scooter moving away as the closing frame, using the same subject components as the first frame to end the story.

Which brings me on to the last stage: getting your work out there. You’ve shot your essay, you’ve edited it down to a complete story, it’s got a beginning, middle and end.

Getting access to an audience has never been easier thanks to social media, however there are two factors to take into consideration. Firstly, how big is your reach? Do you have enough followers and friends to share your work with? Secondly, is your work strong enough to stand out against the ‘noise’ online?

If you have a limited pool of followers, try submitting your work to media channels with a bigger reach. Research which websites or magazines would be interested in your work, and carefully craft your email of introduction, listing any credits you have. Remember you’ll often only get one chance to get your work in front of an editor so make sure you put your best foot forward.

If you get rejected, don’t get too disheartened – it happens to everyone and it’s not easy to get work published. Keep trying, and if your work is good enough, you’ll get your break.