Many photographers are happy to leave image stabilisation systems to their own devices, although understanding how such systems work can pay dividends, as Jon Tarrant explains. 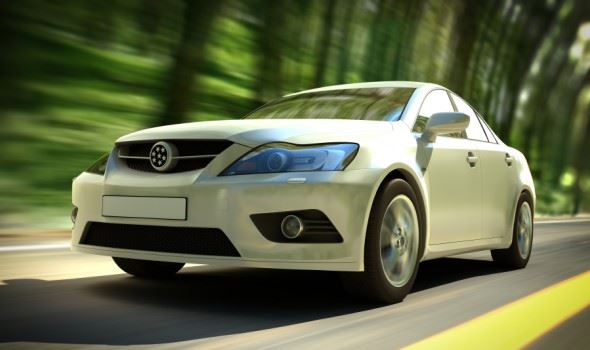 Few photographic technologies are more bewildering than image stabilisation, which also goes by the names of Optical Stabilisation, SteadyShot, Vibration Compensation, Vibration Reduction and Shake Reduction. All these labels are used by camera and lens manufacturers to indicate technologies that help you to take sharper pictures than would otherwise be possible. In order to avoid implying a brand preference, I will use the term “anti-shake” to refer to any type of system that performs this role – unless, of course, I’m making a specific point.

Anti-shake technologies work by cancelling out movement of the camera and lens during exposure. Some technologies are more sophisticated than others but broadly they divide into two camps: lens-based and camera-based. I’ll look at the relative merits of the two approaches in a moment, but first I’ll explain the causes of the troublesome movements that they seek to address.

Sharpness is a key factor that defines image quality. While several things can degrade sharpness, the only one we are interested in here is movement of the lens and camera relative to the subject. If an image is taken with no movement, because the subject is completely stationary and the camera is firmly mounted on a vibration-absorbing platform, then there is no need for anti-shake systems. But this is rarely the case, and the truth is that anti-shake technologies can be very useful, especially for lenses with long focal lengths. In my experience, any lens with a focal length of 200mm or more will show a really clear benefit when an anti-shake system is used, and even lenses as short as 100mm can be improved by the addition of an anti-shake system.

When anti-shake isn’t available, a useful rule of thumb is always to set an exposure time (shutter speed) that is at least the reciprocal of the prevailing focal length. In plain English, that means if you’re taking a picture using a 24-105mm lens set to 50mm then the exposure time should be 1/50sec or faster: some people recommend a minimum time of 1/105sec in this situation as the lens is bulkier than a simple 50mm prime lens, and I would tend to agree.

If you were using a lens such as Nikon’s updated (and very impressive) AF-S 80-400mm f/4.5-5.6G ED VR then I would normally have no hesitation in recommending 1/400sec as the minimum exposure time for all focal lengths. However, the VR in the zoom’s name indicates the presence of Nikon’s vibration reduction technology, so 1/400sec is not the threshold it would otherwise be. And that, of course, is the entire reason why anti-shake systems are so useful.

The last two causes might be omitted because they are intentional but, nevertheless, they need to be taken into account when thinking about how technology can be used to improve pictures (without counteracting specific creative techniques).

A simple approach to image stabilisation needs nothing more than the correct grip or, in extreme cases, a tripod. The best grip has three points of contact: the photographer’s right hand on the camera body, the left hand under the lens, and the head steadying the rear of the camera. So the first thing to realise is that non-viewfinder cameras are off to a bad start because they aren’t held against the head when taking pictures – meaning the third point of contact that provides optimum stability is missing.

Tripods and monopods are both very effective at preventing vertical movements and also dampen movement in all directions. The only problem is that they are a burden to carry, so what is needed is a virtual tripod – something that can combat movement without the hassle of having to carry an extra lump of metal (or carbon fibre).

The way that lens-based anti-shake systems combat movement is by moving one group of elements in the opposite direction to the camera tremble, so that the projected image stays in the same place on the sensor. This is all done very quickly to counteract movements that occur typically at a rate of between one and five “shakes-per-second” – and even quicker to combat platform movement when taking pictures from moving cars at around ten-to-twenty vibrations-per-second.

In theory this could also be done by detecting image movement across the sensor’s pixels and electronically shifting the lens (or the sensor) to keep the image in the same place, but that wouldn’t work on a traditional DSLR because the sensor is blocked by the mirror until the moment when the exposure is made.

In any case, it is easier to use dedicated detectors within the lens itself, connected to miniature motors that drive the active group. And that is where image stabilisation started, when Canon unveiled the world’s first IS lens in 1995: the EF 75-300mm f/4-5.6 IS USM.

By Canon’s own admission its earliest IS-enabled lenses erroneously tried to compensate for deliberate panning as well as accidental camera-shake, but the addition of a second mode allowed photographers to tell the lens to ignore panning movement. Canon then added Mode 3 to its professional ultra-fast telephoto lenses and Hybrid IS to its EF 100mm f/2.8L Macro IS USM – the former springs to life only during exposure to avoid viewfinder jerkiness when moving quickly from one moving subject to another, whereas the latter combats lateral as well as rotational movement. 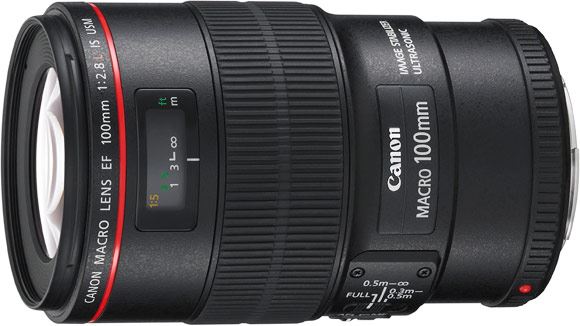 Clearly, therefore, even within a single manufacturer’s range of products not all IS systems are the same!

The mechanism that moves the active lens group to create an anti-shake effect is constrained by what is physically possible in a real-world lens, which is bound to suffer some knocks and needs to be tough enough to survive undamaged. An easy way to design this mechanism is by imagining a square around the active group and placing hinges on two adjacent sides with push/pull actuators on the opposite sides, so that the lens can tilt both horizontally and vertically.

This system will compensate for genuine rotational movement as well as lateral motion that can be treated as a rotation because the subject is far-distant. At closer ranges, however, lateral movement has to be treated as such and cannot be corrected using a pseudo-rotational approach – hence Canon’s Hybrid IS system. 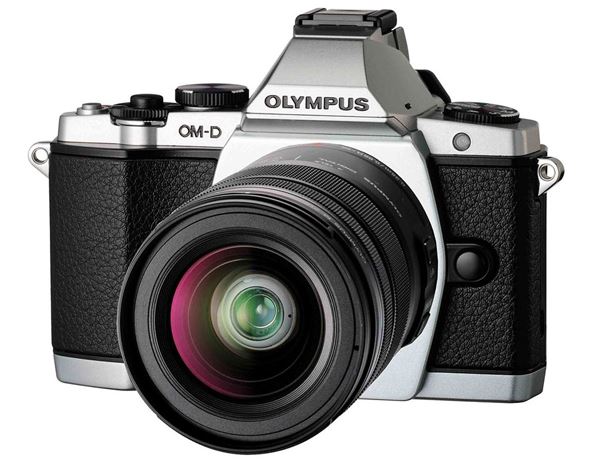 Olympus has gone one better in its OM-D E-M5, which had the world’s first five-axis image stabilisation system that corrects for rotational movement on all three principal axes as well as lateral movement both vertically and horizontally on the plane of the sensor. The only axis that is missing is longitudinal motion towards or away from the subject – but that is no problem because it is the very movement that is addressed by automatic focusing. In short, the Olympus approach compensates for every movement that could possibly reduce image sharpness. So is that the end of the story? Not quite…

The previous paragraph marked a subtle but important change because instead of talking about lenses we suddenly turned our attention to the camera body. Although Olympus stole the march with its sophisticated 5-axis IS system, it was not the first manufacturer to adopt an in-camera approach.

So clear is the need for both systems that Sony even goes as far as to state both sides of the coin on different parts of its websites, observing both “optical SteadyShot is far more effective than the digital methods used by other cameras” and “SteadyShot INSIDE cuts the effects of camera shake when shooting handheld with your digital SLT or DSLR camera… And since it’s inside the SLT/DSLR camera body, you’ll also benefit from a lighter, simpler, more compact lens design.”

Before the advent of high-quality electronic viewfinders, in-camera stabilisation had a major limitation in that it was ineffective when composing the scene prior to exposure, but that is no longer the case. A remaining concern is whether the amount of movement provided by sensor-based correction is enough to compensate for camera-shake over the full range of different focal lengths on both APS-C and full-frame sensors. My gut feeling is that there will always be a place for lens-optimised image stabilisation but clearly there are manufacturers that aspire to an all-embracing solution.

Many anti-shake systems come with a health warning that advises against their use when the camera is tripod-mounted because, in the vast majority of instances, activating anti-shake systems will produce lower image quality than leaving them switched off when using a tripod.

This is important because one of the situations when camera shake can be a real problem is in close-up photography – and that is also a situation where the use of a tripod is almost essential to ensure accurate composition. Obviously, if the camera moves by just 1mm then that will be much less than one percent of the size of a person’s head when taking portraits but it could be ten percent of the size of a tiny flower. So a tripod is virtually essential for close-up photography but an anti-shake system may not be helpful if the tripod is sufficiently effective in countering camera-shake as well.

Except that this may no longer be true because this is one of the aspects of anti-shake technology that lens manufacturers have been keen to address – and it is likely to be a fertile area for developments in the future.

If your anti-shake system resides in the camera body then all lenses will be corrected to an equal degree (for better or worse). If, however, your camera system favours lens-based anti-shake technology then, although you have to pay for it in each and every lens, you will almost certainly have a choice of price-points and levels of sophistication.

Few people are likely to choose a camera system on the basis of its type of anti-shake system alone, and whichever approach is chosen there will always be times when the other alternative might have been better. Nevertheless, anti-shake systems are still evolving and, as the Olympus OM-D and Sony approaches indicate, there is still room for improvement in the underlying technologies even though lens performance is already very good.

Jon Tarrant is a journalist and former editor of the British Journal of Photography. His work has been published in a wide range of photographic magazines and he has authored several books on photography.

Choosing a prime lens – which lens should you buy?