This is the second part of our underwater series, you can also read Part 1, Part 3 and Part 4.

Now for the good stuff, at last, how to take pictures! That's just too conceited to say without a smirk but I don't think it hurts to have some ideas to try, shoot down and learn from. There's no magic here I'm afraid, the basics of land photography apply... but you have to do it while floating!

Once you've been taking photos underwater for a while, you'll have hopefully got over the basic hurdles of holding it still and getting some recognizable results. If you haven't, don't panic. A spate of poor pictures can lead to desperate attempts to find a magic setting which works for everything - whilst taking pictures of wildly different subjects which could never suit a single approach. Simply take a step back, breathe deeply and go for some simple shots of something easy and build from there.

Hold the camera still – and don't jerk as you press the shutter. 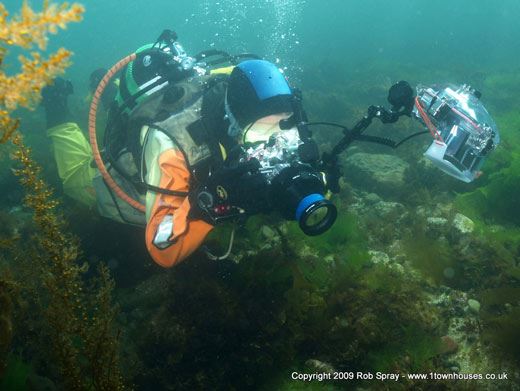 Although the media is digital all the other factors remain the same as for film cameras. If you move whilst the camera is focussing it will probably make a mistake. If you move while the shutter is open the picture may blur. Holding the camera still is just common sense and everything else builds on that.

Dive Tip: The underwater angle to this is that you need to float still too. If you hold your breath you will rise, so breathe gently to limit how much your buoyancy will change.

Compose your shot – don't crop in your mind and leave the subject stranded in reality. 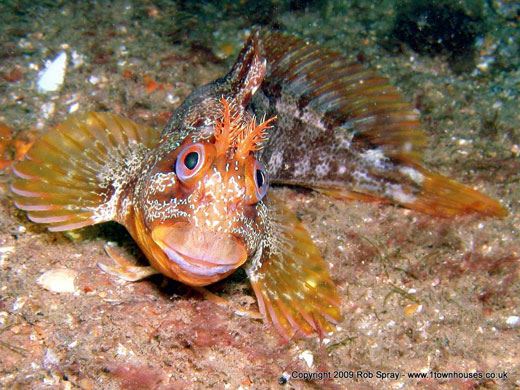 Great things are possible if you know the limits of your compact.

An awful lot of people come back from holidays with the people and things which were supposed to be the subject lost in the distance. Even if you aren't a full blown victim of this syndrome, most people could stand getting closer, this is immensely important underwater. Look at how much space there is around your subject, is your subject lost in the scene?

It takes time to focus – know what you want sharp, take long enough to make sure it is.
Even the fastest camera takes some time to focus, that time is the most critical in the modern picture taking process. Even a superfast SLR, which can focus in next to no time, needs that time well spent so it has a clear idea of what you want to shoot at. Many cameras can search a scene for objects of interest – but haven't you just done that? That's why you pressed the shutter!

Dive Tip: Once you have locked focus you can afford to pause and move the camera back into that position if you need to take a breath.

Of course being underwater introduces some more problems, as if those I’ve outlined above aren’t enough to think about! Underwater the big change is the loss of light, particularly red light. We mentioned using strobes (that’s flash for landlubbers) in Part 1 of this series and perhaps now we are ready to add some subtlety. It can seem that your options with built-in flash are limited, but they aren't zero. There are two looks which are eye catching and can be achieved easily with most cameras and an idea for adding some creative variation.

A colourful marine subject can look stunning against a black background, and it's not too difficult to do. All you need to do is make flash the dominant light source so the camera doesn't need to collect ambient light. Often just forcing the flash on and getting close to the subject is enough. Raised macro subjects away from surrounding backdrops are best, the flash can't light empty water – though it may leave you with some specks to clear away in post processing. Shoot slightly downward and away from the sun to make the background darker. 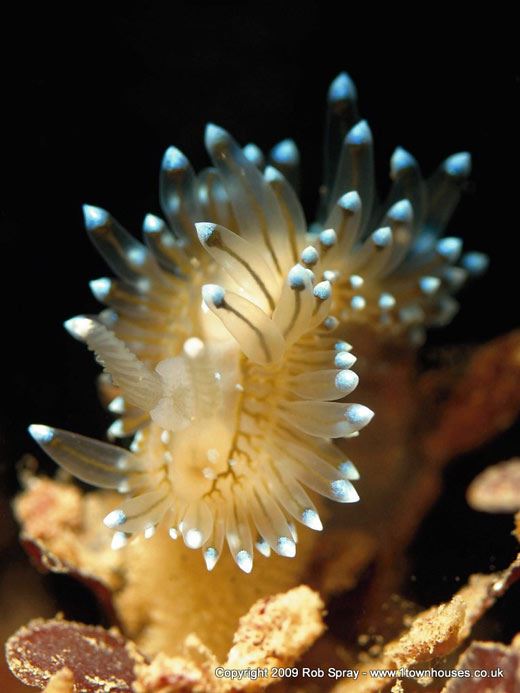 A small aperture and fast shutter under strobe light darken the background.

Shooting past a colourful subject into the clear blue can be just as attractive and more natural. Again this maybe an option which occurs naturally if it is brighter or you shoot towards the sun. Wide angle subjects are best shot this way, otherwise it will look as though it was dark during your holiday. If conditions don't make staging this effect simple then the night flash modes most cameras have will hold the shutter open for the background while firing the flash, and might make it easier. 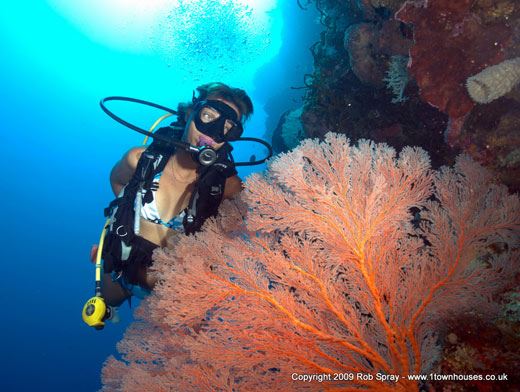 Balancing flash and ambient light captures the mood of a dive.

As most cameras have their built in flashes distinctly to one side (or above) you can also mix things up a bit by turning the camera to get light from the other side or below. Yes, turning the camera upside down might make a difference, especially where the animal is under an overhang or down a crevice. A small camera is actually much better for well entrenched animals as it can be fitted into smaller gaps than a full bells and whistles setup. Don't pursue animals unreasonably and don't destroy habitat by wedging your camera down holes, a picture taken at the cost of damage or stress to the creature / environment is worthless. 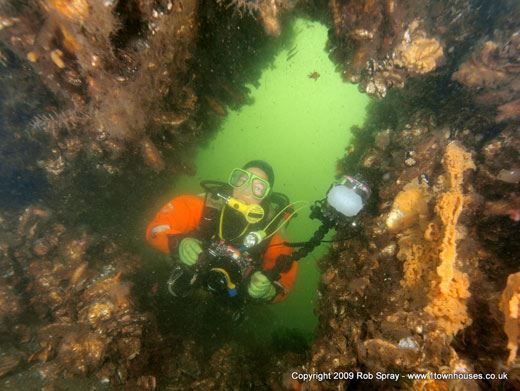 I've offered just a few tips here to make your underwater photography more rewarding, hopefully you didn't feel like you were being taught to suck eggs! The fundamental rules of photography don't change underwater so the advice doesn't either I'm afraid. The extra task loading of being underwater (and staying alive) are what push all the skills you've learnt on land to the back of your mind. Dive time is relatively short, even on a boat in the tropics, so give yourself the best chance of success by trying out all the ideas and equipment you have on land.

A compact digital camera on its own can get great results – by working within its limitations. If you want to move on then the way to add more lighting control is to add an external strobe, in the next part of this guide we'll look at them and the other toys you can use to build a system around an underwater camera.

Thanks to Caroline at Rainbow Divers Vietnam for her tropical modelling!