What is… dynamic range?

Let’s imagine you take two identical images of a landscape, one with a compact camera and one with a DSLR. Upon comparing the two, one of the things you may notice is the difference in detail between bright and dark areas; while the DSLR may be able to record the intricate tones in a darker rock and the faint wisps of cloud against a blue sky, the compact may record the former and just show a bright sky with no discernible detail. Similarly, when taking images indoors, you may notice your camera being able to record all the details the room accurately but details through a window blown out to a bright highlight. 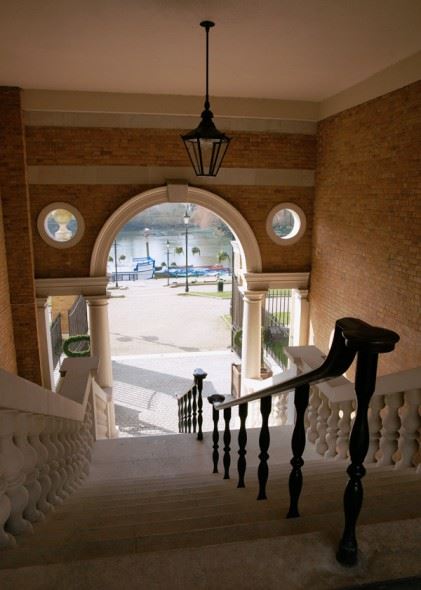 Most DSLRs and Compact System Cameras are able to record scenes like this with plenty of detail in both shadows and highlights. Compact cameras with much smaller sensors would struggle to do the same in a single exposure.

When we talk about dynamic range, we refer to a camera’s ability to record shadow details and highlights in a scene at the same time. Cameras known to have a wide dynamic range, such as most DSLRs and Compact System Cameras, are able to do both to a greater degree than compacts and the cameras found inside smartphones. This is measured in exposure values (EV), with a higher number indicating a wider dynamic range.

Much of this is down to the type of sensor used and the size of each pixel. If you imagine each pixel as a bucket collecting rainwater, you’ll appreciate that a smaller one will fill faster; this is the upper limit, the saturation level. The lower limit is the amount of noise generated at each pixel when there is no light reaching it, also known as the noise floor. The ratio between the two is the dynamic range of the sensor. 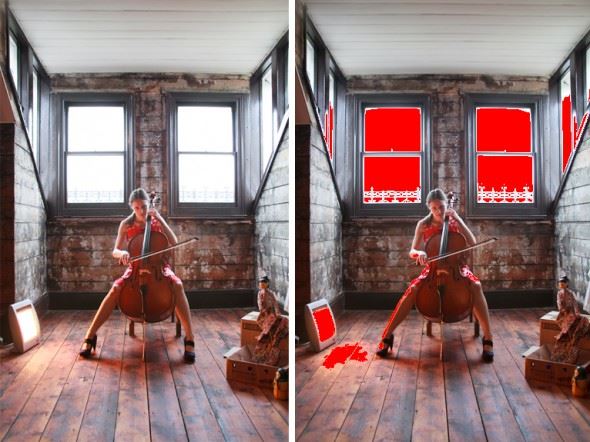 Left: While the exposure is fine for the performer, the scene outdoors is too bright to be recorded in the same exposure. Right: Activating your camera’s highlight warning option allows you to check which areas have lost detail. Most cameras do this by flashing a red warning over affected areas.

The actual dynamic range in the image is subject to all subsequent image processing. The process of converting the analog signals from the sensor into digital information; the bit depth of the analog-to-digital converter used to do this; the choices the photographer makes with regards to capture settings; any post-capture editing applied; and the way in which an image is saved will all have an effect.

Areas in which details have failed to record accurately – instead, showing a plain areas of black or white where one might expect to see smooth, tonal gradations – are said to have been clipped (highlights) or blocked (shadows). Most cameras allow you to check this upon reviewing images by flashing any areas which have lost detail. You can also spot this when examining the image’s histogram; details that fail to be contained within the scale at either end show as a line rising right to the top of it. With a Raw file you may be able to regain some of this detail in post-processing, although this depends on the information within the Raw file and the skill of the person editing the image.

Analysing an image’s histogram can quickly inform you if detail is not being recorded in highlights or shadows. Here, highlight detail is being lost, as it fails to be contained within the scale.

As with many similar aspects of a camera’s performance, manufacturers have long attempted to better this through clever image processing. Almost all cameras today come equipped with some kind of dynamic-range-optimisation option, which attempt to regain details in highlight and shadows that would otherwise be lost. This usually works by capturing the image at a different sensitivity to the one selected, which has the effect of either under or overexposing the scene in order to better capture details in either highlight or shadow areas. Exposure is then adjusted to rectify the rest of the image, all the while preserving those details. Using flash can also help in situations where the optimum exposure for one area is vastly different to that of another, as this helps to lift darker areas to a level closer to that of better-illuminated areas.

High Dynamic Range (HDR) imaging refers to a process whereby multiple exposures are combined into one. This allows you to expose separately for shadows, midtones and highlights and combine all correctly exposed parts into a single image. You can do this yourself in post-production, although many recent cameras have a setting that will capture and combine two or more images in an instant. This process allows you to achieve a result that’s closer to what you can see with your own eyes, although most HDR images stray well past realistic results. 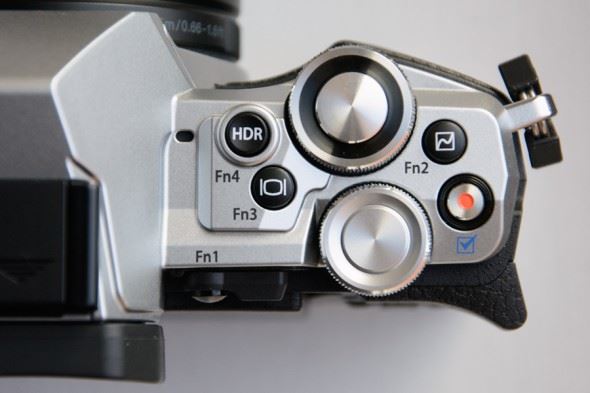 HDR is a common option on Compact System Cameras and DSLRs. This is usually accessed through the menu system although some models go as far as offering this feature through a physical control.

What is … an anti-aliasing filter?

What is … AE Lock and AF Lock?

What is … an aspherical element?