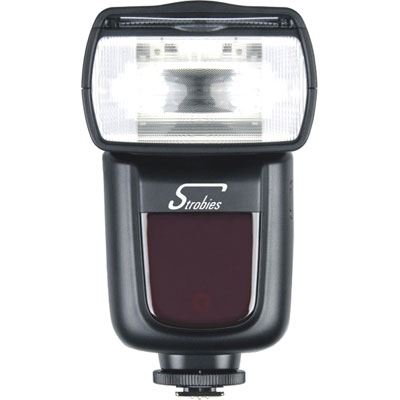 Save 10% Usual price £65.99 £59.39
Back to top
A technically advanced flashgun, powered by an interchangeable lithium ion battery pack - rather than all-too-short-lived AA batteries - the TLi-N is jammed full of features and boasts a 1.5 second full-power recycle time with a Guide Number of 58. Designed to integrate seamlessly with Nikon I-TTL systems, flash exposure bracketing, flash exposure compensation and flash exposure lock, the TLi-N is also fully compatible with the Nikon SB-900 and SB-910 as Master or Slave flash, in addition to the Interfit Pro-Flash remote system.

Compatible Speedlights (For use as wireless Master or Slave flash)
SB-900, SB-910

Exposure Control System
Manual: The Pro-Flash TLi-N features an 8-stop range from 1/1 to 1/128 power and is adjustable by 1/3rd-stop increments.

TTL: The Pro-Flash TLi-N is designed to work flawlessly with the latest Nikon DSLR cameras and flashes, featuring TTL functionality that is compatible with Nikon’s I-TTL (Intelligent Through The Lens metering) system. This system sends out a series of low-frequency pre-flashes that evaluate the ambient light and communicate that information back to the camera. Based on that information and the camera settings, the TLi-N is able to emit the appropriate amount of light to perfectly expose your subject.

Multi-Flash (Stroboscopic): The Multi-Flash, or Stroboscopic, function emits a rapid series of flashes in a single long exposure. This function can be used to capture multiple images of a moving subject in a single photograph. Flash frequency, the number of flashes, and the light output can all be set manually.

Wireless Flash
Function: The Pro-Flash TLi-N is compatible the Nikon Creative Lighting System (CLS). It can function as either a master or a slave flash. As a master flash, the TLi-N can control other TLi-N speedlights, as well as other Nikon Speedlights (SB900, SB910). As a slave unit, the TLi-N can be controlled by the wireless signlas of Nikon speedlights (SB-900, SB-910) as well as pop-up flash commanders that are built into the Nikon D7100, D7000 and D800 DSLR’s. Users are able to adjust the flash output of the slave flashes from the master flash, and can be used in either TTL or Manual mode.

Controllable Slave Groups: The Pro-Flash TLi-N allows you to work with up to three different slave groups (A,B,C), giving you the ability to set the power and function of these groups independently of the other groups.

Channels: There are four different channels on which to operate (1,2,3,4), giving users the freedom to work in close proximity with other photographers without interfering.

Modelling Flash: The Pro-Flash TLi-N’s modelling flash allows you to see where the light will fall on your subjects much like a modelling light on a studio strobe. If your camera has a depth-of-field preview button, pressing it will fire the flash continuously for one second.

Auto Focus Assist: When shooting in poorly-lit or low-contrast environments, the Pro-Flash TLi-N’s auto focus assist beam will automatically turn on to make focusing easier. The beam will shut off once focus is achieved.

Triggering
Hotshoe: The Pro-Flash TLi-N can be triggered via the hotshoe on the bottom of the flash unit. Simply place the flash on the camera hotshoe, or on the hotshoe of your preferred wireless triggering system.

Pro-Flash Radio Triggering System: The Pro-Flash TLi-N features a built-in Wireless Control Port, allowing the user to wirelessly adjust the power level of the flash and fire the flash with the STR249 (Transmitter and Receiver for Pro-Flash TLi-N/TLi-N).

2.5mm Sync Port: The Sync Cord Jack is a 2.5mm plug. Insert a trigger plug here and the flash will be fired synchronously with the camera shutter.

Power Supply
Power Source: The Pro-Flash TLi-N does not use conventional AA batteries, but instead incorporates an 11.1V/200mAh Li-Ion battery pack. The battery pack is exchangeable, making it easy to switch out batteries if needed. Recharge time is roughly three hours.

Recycle Time: Being a Li-Ion battery, the Pro-Flash TLi-N recycles much faster than speedlights using conventional AA batteries. At full power, the TLi-N can recycle in less than 1.5 seconds! 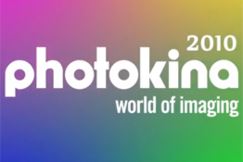 Read More about the Photokina - The Bowens and Interfit Stands: Studio Lighting 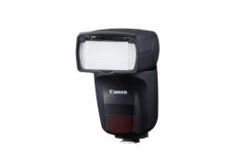 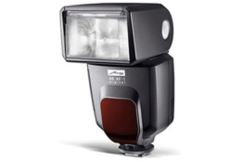