Fujifilm’s X-T4 retains an APS-C sized sensor that we’ve learned to love over full-frame sensors. Internally, there is a 26.1MP APS-C X-Trans 4 CMOS sensor that’s powered by the X-Processor 4. This powerful combination is also featured in the highly regarded X-Pro3, and as such, is capable of capturing some truly stunning images.

A defining feature of the X-T4 is the addition of In-body image stabilisation (IBIS). The IBIS unit itself is 30% smaller and 20% lighter than the one in the X-H1 meaning the X-T4 can keep the compact feel and lightweight design that Fujifilm is so passionate about. It provides an impressive 6.5 stops of stabilisation on 18 of the 29 Fuji XF lenses and this feature works in both stills and video mode. Because of this, it's become a real viable option for both pro stills and video practitioners; in particular, those capturing night, sports and action photographs, as well as, filming in unstable shooting situations. Unlike most other IBIS systems that use springs, this system uses magnetic force which in turn increases functionality whilst also being smaller and lighter.

If IBIS isn’t enough to keep you steady and slowing things down isn't an option, you can make use of the X-T4’s Digital Image Stabilisation (DIS) in video mode. This mode essentially slightly crops your image and then uses that crop to stabilise your footage. Therefore, using this setting when shooting in certain resolutions can incur up to a 1.29x crop. Below is a table of exactly what cropping occurs in which resolutions, however, if you think you’ll be using multiple settings and resolutions for a project, you can set the crop permanently at 1.29x so everything stays consistent.

Finally, there has been the addition of a stills-to-movie switch. To enter video mode, you no longer use the drive dial on the top left of the camera (like on the X-T3). That dial has been re-organised so that changing from stills to video now has a dedicated switch under the shutter speed dial. This well-designed extra doesn’t just give you the ability to shoot video, it completely changes the camera. Your "Q" menu becomes a video menu, the main menu shows video options and most importantly – it does not continue to use your stills settings in video mode and vice versa. For example, in most cameras, if you are shooting stills in manual mode and you switch to manual video mode, your settings (shutter speed, aperture, ISO and – most annoyingly – picture profile) will be kept the same. However, this new setup allows you to shoot video and stills with ease, swapping quickly between the two modes and keeping your video settings separate from your stills settings.

The video capabilities on this body are hugely exciting. Various features have been included in the X-T4 that gives options to filmmakers. You can capture C4K60P 10-bit 4:2:0 internally or if you need that extra colour depth, you can output the video through the HDMI for 4:2:2. If slow-motion is more your thing then the X-T4 can shoot 1080p up to 240fps, outputting (in PAL) at 25p or 50p, providing 4x or 8x slow motion. The IBIS system is particularly effective for this when used with the electronic image stabilisation function (DIS), giving you smooth and steady footage. There’s also an IS boost mode that reduces slight camera shakes, allowing stabilised fixed-point video capture without a tripod. Fujifilm has included an F-Log View Assist function which corrects low-saturated and low-contrast video while recording F-Log. Video can be converted to a BT.709 equivalent for a display making it easier to get the correct exposure whilst recording.

Sitting in front of the sensor on the X-T4 is a brand new mechanical shutter. This has been designed for a far longer life expectancy than the shutter in the X-T3, doubling the tested shutter actuation from 150,000 to 300,000. If this wasn’t enough, the new shutter also allows the X-T4 to have a greater continuous shooting speed – up to 15fps using the mechanical shutter. For anybody out there who is interested in the sound of a shutter, you’ll be pleased to know that not only is the new mechanical shutter a lot quieter, but it also sounds delightful. Using the electronic shutter (ES) you can shoot short bursts of up to 30fps (with a 1.25x crop). Blackout time and release lag time have both been shortened, making the X-T4 a powerhouse for action shots.

A new AF algorithm means the AF speed can be as fast as 0.02secs, with huge improvements noticeable in AF tracking as well as face and eye detection. Focusing in low-light situations isn’t a problem for the Fujifilm X-T4 either, with AF available down to -6EV.

The X-T4 is slightly larger than its predecessor due to the addition of a fully-articulating screen. The 1.62 mil dots vari-angle monitor keeps this camera up to speed with a lot of the market, allowing you to get more creative with your shooting by getting unique angles and perspectives, and should you want to, you can even use it as a front-facing screen for vlogging. This screen, as well as the EVF, can be boosted in 3 new ways: Low Light Priority, Resolution Priority and Frame Rate Priority. These modes make respective shooting practices easier and will ultimately make your shooting more efficient.

As well as this, we have a new battery - The NP-W235. It’s always a contested point, but Fuji can be congratulated for holding on as long as they could before making this change; it is now really a necessity. This new battery has a 1.5 times larger capacity over the older generation NP-W126S battery. The X-T4 is CiPA rated to 500 shots, and 600 shots in Eco mode, which is great for a mirrorless body.

You can’t have a new battery design with a new vertical battery grip. The new VPB-XT4 battery grip allows for one battery in the camera and two in the grip; resulting in giving you a huge 1,700 shots. The grip also has a headphone output if you prefer not to use the USB-C adapter, or want to plug in whilst using audio. You can charge all three batteries simultaneously by plugging in the camera with the grip attached, meaning you can leave it overnight without having to swap around batteries.

What our experts say about the X-T4

Why we love the X-T4

Use this camera for

The great thing about the X-T4 is that it can be used for a huge variety of photography, so no matter what you enjoy the X-T4 can support that. Fujifilm has a great lineup of primes and zooms for everything from macro to portraiture to wildlife (200mm + 1.4x is lovely!) so the X-T4 is in a very well supported system.

Whilst videographers will love this, there are some downsides. For example, Fuji doesn’t currently offer an XLR adapter. However, for hybrid shooters who are happy using the 3.5mm mic input on the body and the internal preamps, this is fantastic for location work.

The look of the X-T4 is classic Fujifilm. It has the styling of an old film camera but with modern twists that help the usability. The large grip makes it comfortable to hold and it isn’t too heavy but feels well built. Knowing the camera is weather sealed makes you feel so comfortable putting it through its paces, which is a good job because when I tested it, it was in torrential rain!

The X-T4 has some huge upgrades over the X-T3 in both features and usability. The one thing to note is that the sensor and processor on these cameras is the same – so if you have an X-T3 and love everything apart from the megapixel count, then this isn’t the upgrade for you. However, the X-T4 is a total upgrade in almost every other way possible. The battery life is far improved, as is the shutter life. It beats the X-T3 on continuous frame rates, autofocus accuracy, hybrid shooting capacity…the list goes on and on.

Amy and the Wex team got their hands on the Fujifilm X-T4 and took it for a spin round the New Forest. With it's unbelievable photography and video specs, the team were really excited to try it out. Watch how they got on here! 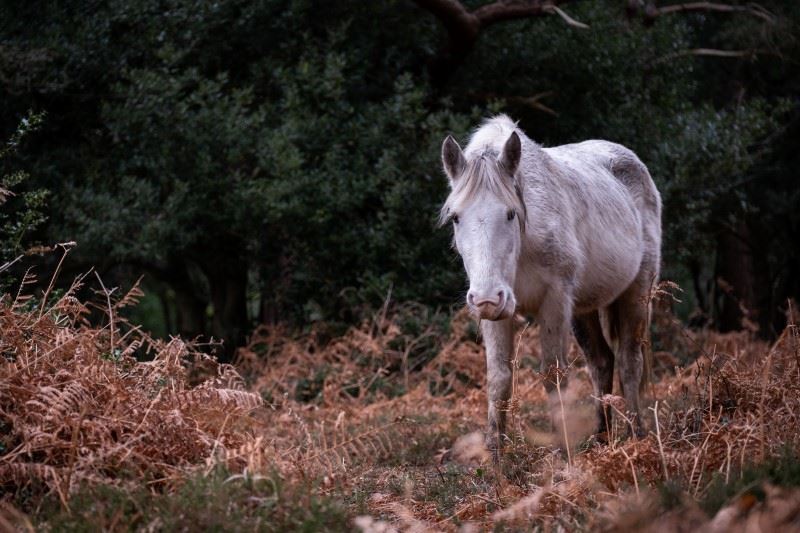 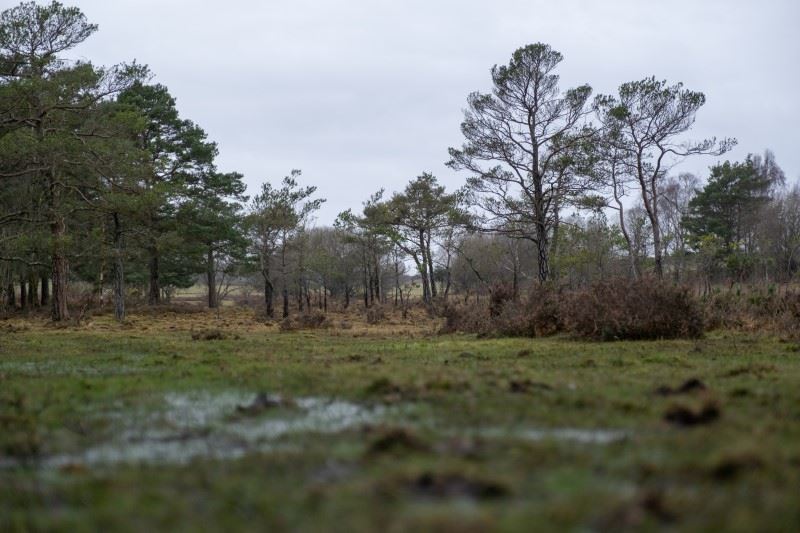 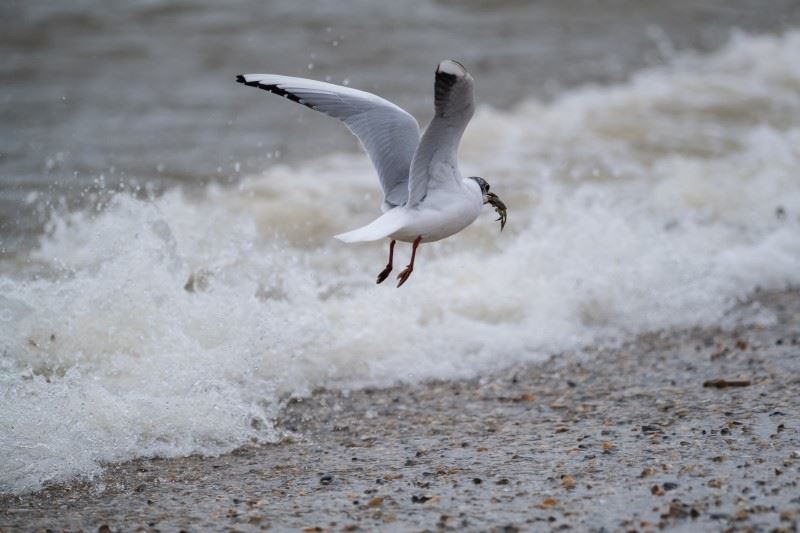 Here is what's inside the box:

What lens kits are available?

You can purchase the X-T4 with either the XF 16-80mm or the XF 18-55mm Lens, and both of these bundles are available with the camera body in black or white.

Will the X-T4 work with my old lenses?

Only XF and XC lenses will work directly on the X-T4 body, whether they are Fujifilm or not e.g Sigma. However, we have several camera mount adapters that will enable the use of other branded lenses on this body. But it should be known that you will not always get complete functionality using mount adapters. For example, you may not be able to use autofocus if you attach another branded lens using this method.

Here are some more lenses we recommend:

Check out our range of great accessories for the X-T4 range.

Q: Does the Fujifilm X-T4 have Ibis?

A: Yes! In fact, it is the first Fujifilm mirrorless camera to feature In-built Image Stabilisation.

A: No. Fujifilm have continued their highly regarded and powerful APS-C sized sensor in the X-T4.

A: 18 out of the 29 Fujifilm lenses feature image stabilisation.

Q: What type of photography is the X-T4 best used for?

A: With its powerful sensor and processor, the X-T4 is best suited for low-light, sport, wildlife and action photography/videography.

Q: Where is the X-T4 made and was it released?

A: The X-T4 was manufactured in China and was released April 2020.

Trading up to the Fujifilm X-T4

We sell used stock too! If you’re considering a used model check out our used Fuji stock.

Try before you buy

Not ready to buy? How about renting the camera and trying it out? Check out our rental options.

Get the Fuji XT4 now

Fujifilm's X-T4, the latest in the lineup of fantastic X-T camera bodies, is packed with new features which make shooting photography and videography more efficient, intuitive and most of all, enjoyable. You will be able to capture stunningly sharp and detail footage using the back-illuminated 26.1MP X-TransTM CMOS 4, driven by a high-speed X-Processor 4 image-processing engine. A complete redesign of the autofocus system has resulted in much faster and quieter performance than previous models. The X-T4 is also the first X-T camera body to feature in-body image stabilisation (IBIS) which can be combined with Fujifilm's excellent lens lineup to help capture smooth and steady video, as well as being ideal for low-light, sport, wildlife and action photography. All of which is powered by a new battery system, resulting in longer shooting sessions without the need to charge or replace your battery.

See all articles
Why buy from Wex?