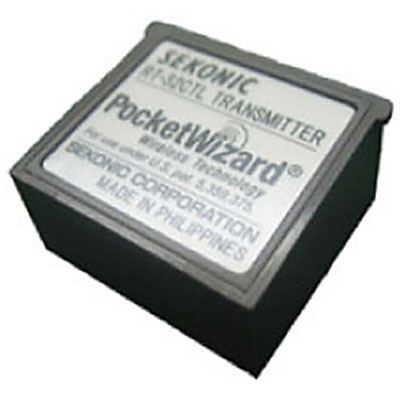 The new Sekonic RT-32CTL Transmitter module provides compatibility with the PocketWizard ControlTL channels in addition to the original Standard channels. The RT-32CTL is offered as an optional plug-in accessory for the Sekonic L-358 FlashMaster, L-758D and L-758CINE, and built-in to the L-758DR DigitalMaster light meter. The RT-32CTL Radio Transmitter enables photographers, for the first time, ... More

Continue Shopping Checkout
Please Login or Register to add to your Wish List.
Back to top
The new Sekonic RT-32CTL Transmitter module provides compatibility with the PocketWizard ControlTL channels in addition to the original Standard channels. The RT-32CTL is offered as an optional plug-in accessory for the Sekonic L-358 FlashMaster, L-758D and L-758CINE, and built-in to the L-758DR DigitalMaster light meter. The RT-32CTL Radio Transmitter enables photographers, for the first time, to trigger and measure flash output with the PocketWizard FlexTT5 (Canon or Nikon) ControlTL system in manual Power Control mode, as well as the PocketWizard ST-4 and MC2 ControlTL receivers. In addition, the new RT-32CTL fully supports the PocketWizard Plus and MultiMax receivers.

The perfect companion to the ControlTL system, the RT-32CTL Radio Transmitter module offers on-location metering with Speedlites and studio shoots with professional studio strobes. In addition, the RT-32CTL triggers both ControlTL® and Standard channels, offering photographers the ability to measure either triggering system (Standard or ControlTL) individually or simultaneously for added flexibility. Photographers using the new Sekonic RT-32CTL in their meters can mix different PocketWizard® radio models and flash systems while triggering and measuring their lighting with total control in the palm of their hand.

Responding to the demands of Pros who love using the legendary L-358 FlashMaster, Sekonic developed a channel selector sheet (included with the optional RT-32CTL) which automatically assigns the ControlTL channels based on the Standard channel selected. New and current L-358 users will have the option to upgrade to the new RT-32CTL module.

For Sekonic’s top of the line DigitalMaster series, a new firmware upgrade in addition to the RT-32CTL Radio Transmitter module provides additional control and display feedback. All ControlTL and Standard channels, including ControlTL Zone (A,B,C) and Quad-Triggering Zones (A,B,C,D) are displayed and selectable via the keypad and jog wheel. Current users have the option of sending their meters in to their local distributor for firmware update when they purchase the RT-32CTL or they can do the firmware update themselves, via the mini-USB port on the meter and an internet connection to www.sekonic.com. For those customers purchasing the L-758DR for the first time, the firmware and RT-32CTL is already pre-loaded and ready to go. As you would expect, the new RT-32CTL will also trigger remote cameras in both ControlTL and Standard channels. It is compatible with the full range of PocketWizard® radios and offers today’s shooters more control and compatible with their gear than ever before.

PocketWizard ControlTL radios will require a Firmware Update to work properly with Sekonic light meters with RT-32CTL in ControlTL mode. 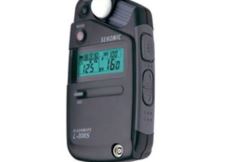 A Guide to Metering

Read More about the A Guide to Metering 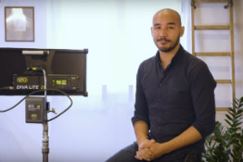 A quick guide to LED lights for shooting video at home 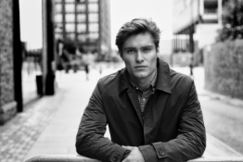 How to shoot black and white portraits

Read More about the How to shoot black and white portraits