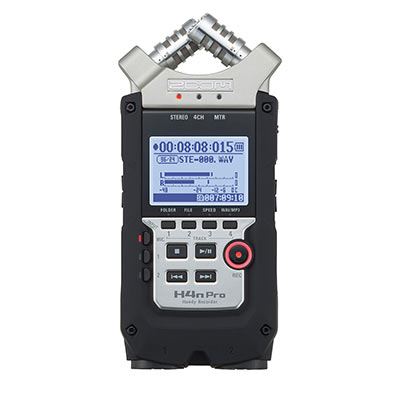 Back to top
The Zoom H4n Handy Pro Digital Audio Recorder offers clean, four-track audio recording for music, film, podcasting and more. Improving on the performance of the original H4n, the portable H4n Pro offers four tracks of simultaneous recording in WAV and MP3 formats, a built-in X/Y stereo microphone, and advanced features such as time stamping, phantom power and mid-side (MS) decoding, as well as onboard multi-effects and guitar/bass amp modeling.

Here's what comes included with the H4n Pro:

The H4n provides two different ways of recording great-sounding stereo. The X/Y technique is an excellent way to cover a wide area while still capturing sound sources in the center with clarity and definition, making it ideal for all types of live stereo recording.

The H4n's built-in X/Y microphone provides two matched unidirectional microphones. The angle of the two can easily be changed from 90 degrees for a tightly focused stereo image to 120 degrees for a wider image. (US Patent 8184815)

The H4n also provides an onboard MS decoder so you can do MS ("Mid-Side") recording using external microphones. This is an incredible technique that allows you to adjust the width of the stereo image after it has been recorded, while maintaining perfect mono compatibility, making it especially useful for film, video and television projects.

Concert and rehearsal recording has never been easier

The H4n is a great choice for live recording. Its built-in X/Y microphone allows you to record natural-sounding stereo with a strong center image. In addition, there are two combo XLR/TRS input jacks with phantom power, enabling you to connect a wide variety of external microphones or line-level signals—even instruments such as guitar and bass.

Audio that's every bit as good as your video

DSLRs deliver excellent quality video but limited audio capability. The H4n fills that gap. It can be connected to any standard tripod, or you can use our optional Hot Shoe adapter to mount it directly to your camera. Its onboard X/Y microphone and support for MS recording give you plenty of options in postproduction, making the H4n an invaluable addition to any location shoot.

Compose, record and craft your music

The H4n transforms any environment into a home studio. Its ability to record up to four tracks simultaneously, along with powerful overdubbing and punch-in features, allows you to do high-quality recording—up to 24-bit/96kHz—wherever you go. Onboard effects such as compression, limiting, reverb, and guitar and bass amp modeling enable you to turn your musical creations into studio-quality recordings. Four-track recordings can easily be mixed down to stereo or mono, with independent control over each track's level and panning, and you can even convert your finished song to an MP3 file for emailing and posting to your favorite social networking site.

The Ins and Outs

Inputs
The H4n provides dual inputs, both of which are combo connectors that can accept either XLR or ¼" balanced or unbalanced phone cables. They can handle both mic- and line-level signals as well as instrument-level signals from electric guitars or basses. Phantom Power of +24 or +48 volts can be applied to both inputs. In addition, there's a secondary input for connecting an external mic- or line-level signal via a stereo ?" Mic/Line In mini phone jack, including condenser microphones requiring 2.5 volts of Plug-In Power.

Outputs
The H4n Line/Phone Out is a stereo ?" phone jack with dedicated volume control. Headphones can be connected to this jack for private monitoring of the input or recorded signal. There's also a built-in speaker on the back panel for fast monophonic monitoring of the recorded signal without the need to make any connections. The H4n USB port provides a digital output of the stereo mix and allows data to be sent to and from computer editing software such as the supplied Cubase LE. USB also allows the H4n to be used as a 2-in/2-out audio interface and enables the installation of software updates from the Zoom website.

Pre-record
The interview started a split-second before you were ready. The conductor lifted his baton just as you were checking a cable. The talent went back on-air a moment too soon. No problem… as long as you're using an H4n. Its Pre-record function automatically keeps the H4n silently but continuously recording in the background, all the time, keeping the previous two seconds* when you hit RECORD. *One second when recording at a 96 kHz sampling rate in 4CH mode.

The H4n provides an arsenal of effects that allow you to add polish to your recordings and compensate for any problems or limitations in the acoustics of the recording environment.

Compression and limiting compensate for fluctuations in level, acting like an automatic volume control. The main difference between the two is that a limiter reduces louder sounds more severely.

A low-cut filter allows you to remove signal below a user-designated frequency. This is useful for eliminating pops, wind noise, blowing, and other kinds of low frequency rumble such as transmitted resonance from an onstage mic stand.

There's also an onboard metronome and chromatic / guitar / bass tuner, as well as dozens of guitar and bass effects, including compression, delay/reverb, modulation, and amp models, which can be chained together to create powerful multi-effects. In addition, playback can be looped and the playback speed varied without pitch change (or vice versa) to facilitate phrase training.

The H4n can record audio in two different basic file types: WAV and MP3. The main difference between the two is that WAV files are uncompressed; that is, they contain all the recorded signal without any data being removed. The WAV files recorded by the H4n can be either 16- or 24-bit, with sampling rates of 44.1, 48, or 96kHz, and are automatically time-stamped, making them Broadcast Wave Format (BWF) compliant—especially important when recording audio for video since it allows for precise synchronization in post-production. MP3 recordings are compressed, which means that some unnecessary data is removed prior to storage, making them much smaller than WAV files, and thus much easier to upload and download. Some MP3 files exhibit a slight loss of audio fidelity as compared with the original signal; however, this is not noticeable in all circumstances.

The H4n requires just 2 AA batteries—either alkaline or rechargeable NiMH. Battery life when using alkaline batteries is more than 20 hours, even during continuous recording. Alternatively, you can use an optional AD-17 AC adapter, which allows you to power the H4n from any standard wall socket. The H4n records directly to SD cards, with support for both standard SD and SDHC cards, up to 32 gigabytes. The charts below show maximum recording times for different file types and SD/SDHC card sizes.

Zoom H4n: How to update Firmware 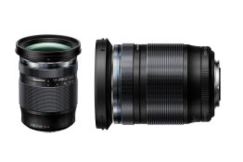 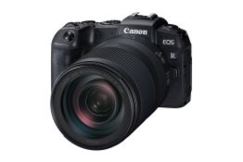 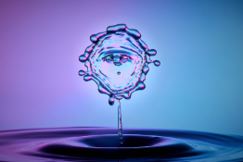