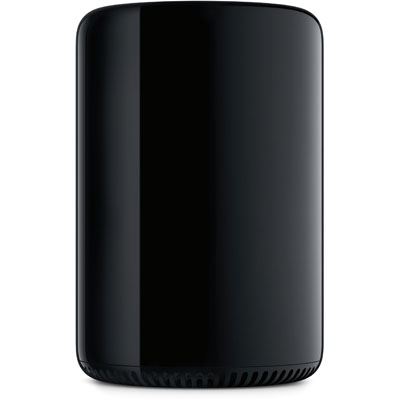 This product is in good stock and is available for dispatch in our normal delivery timescales.

In Stock
Check stock near you

Back to top
The Apple Mac Pro 3.5GHz 6-Core Intel Xeon E5 features dual workstation-class GPUs, PCle-based flash storage, six high-performance Thunderbolt 2 ports, the latest 6-Core Xeon E5 processor, ultra-fast memory and support for 4K video. Packing amazing performance in a stunning new design, the all-new Mac Pro is a professional desktop computer reinvented from the inside out. The Apple Mac Pro features the next-generation processor, with 12-core processing power and a four-channel memory controller providing up to 60GB/s of memory bandwidth, all on a single die. And with up to 30MB of L3 cache, 40GB/s of PCI (Peripheral Component Interconnect) Express gen 3 bandwidth and 256-bit-wide floating-point instructions, you'll never be at a loss for speed. The Mac comes as standard with dual AMD FirePro workstation-class GPUs, each with up to 6GB of dedicated VRAM and 2,048 stream processors, providing up to 264GB/s of memory bandwidth.

Processor.
The new Mac Pro is muscle through and through, starting with the new-generation Intel Xeon E5, available with 4, 6, 8 or 12 cores of processing power on a single die. And with up to 30MB of L3 cache, 40GB/s of PCI Express gen 3 bandwidth and 256-bit-wide floating-point instructions, you’ll never be at a loss for speed.

Memory.
Every component in the new Mac Pro is optimised for performance. That includes a four-channel DDR3 memory controller running at 1866MHz. It supports up to 64GB of memory and delivers up to 60GB/s of memory bandwidth, which means you can fly through even the most computer-intensive tasks in no time. And since it’s ECC memory, your render job, video export or simulation won’t be stopped by transient memory errors.

Graphics.
Traditionally, pro computers have relied primarily on the CPU for their computing power. But as GPU performance has dramatically increased, software developers have begun to leverage that power in their apps. With the new Mac Pro, we looked ahead and engineered an even more powerful GPU architecture. Not only does it feature a state-of-the-art AMD FirePro workstation-class GPU - it features two of them. And each is available with 2GB, 3GB or 6GB of dedicated VRAM and up to 2,048 stream processors. With all that power, you’ll be able to do things like seamlessly edit full-resolution 4K video while simultaneously rendering effects in the background - and still have enough power to connect up to three high-resolution 4K displays.

Storage.
There’s flash storage, and then there’s next-generation PCIe-based flash storage. We’re talking storage that’s up to 2.4 times faster than the fastest SATA-based solid-state drive and up to 10 times faster than a 7200-rpm SATA hard drive. Most flash storage systems connect via SATA buses designed for slower-spinning hard drives. But we designed the new Mac Pro around new PCIe-based flash controller technology to deliver the fastest solid-state drives available as standard in a desktop computer. So you’ll have up to 1TB of storage that will let you boot up, launch apps and even open massive files in, well, a flash.

A unified thermal core.
The new Mac Pro packs an unprecedented amount of power in an unthinkable amount of space. A big reason we were able to do that is the ingenious unified thermal core. Rather than using multiple heat sinks and fans to cool the processor and graphics cards, we built everything around a single piece of extruded aluminium designed to maximise airflow as well as thermal capacity. It works by conducting heat away from the CPU and GPUs, and distributing that heat uniformly across the core. That way, if one processor isn’t working as hard as the others, the extra thermal capacity can be shared efficiently between them. No computer has been built this way before. And yet it makes so much sense, it’s now hard to imagine building one any other way.

A single breakthrough fan.
An incredible amount of innovation went into designing a fan system capable of cooling such a high-performance device. Instead of adding extra fans, we engineered a single, larger fan that pulls air upwards through a bottom intake. As air passes vertically through the centre of the device, it absorbs heat and carries it out of the top. It’s simple and elegant - and also astonishingly quiet. To achieve that, we had to consider every detail: the number of blades, the size of the blades, the spacing of the blades and even the shape of the blades. By minimising air resistance throughout the system, we were able to design a fan with backward-curved impeller blades that runs at fewer revolutions per minute, draws air more efficiently as it spins and creates considerably less noise.

Expansion, vastly expanded.
In creating a pro computer for the future, we wanted to provide an enormous amount of expansion - without being limited to the space inside the enclosure. Designed with built-in Thunderbolt 2, USB 3, Gigabit Ethernet and HDMI 1.4 ports, Mac Pro sets a new standard in flexible, high-performance expansion. It’s our most expandable Mac yet. And it has everything you need to build a workstation completely customised to what you need and how you work.

Thunderbolt 2.
Thunderbolt combines PCI Express and DisplayPort into one high-speed, versatile I/O technology. And with Mac Pro, we’re jumping even further ahead. Thunderbolt 2 delivers twice the throughput, providing up to 20Gb/s of bandwidth to each external device. So you’re more than ready for the next generation of high-performance peripherals, without being limited by the number of expansion slots inside your computer. You can connect massive amounts of storage, add a PCI expansion chassis and work with the latest external displays - including 4K desktop displays and peripheral devices capable of broadcast monitoring in 4K. And since each Thunderbolt 2 port allows you to daisy-chain up to six peripherals, you can go all out by plugging in up to 36 external devices via Thunderbolt 2 alone.

Other I/O connections.
Mac Pro equips you with all kinds of connections for all kinds of peripherals. USB 3 gives you the versatility to hook up dozens of different types of external devices. Two Gigabit Ethernet ports let you connect to multiple networks. And an HDMI 1.4 port provides support for the latest televisions, projectors and displays, including Ultra HD TVs. But the thought we put into expandability extends beyond the types of peripherals you can use. As you rotate Mac Pro to plug in a device, it senses the movement and automatically illuminates the I/O panel. So you can easily see the ports you need when you need them.

Radical. Yet completely logical.
The new Mac Pro looks unlike any other computer. Because it is unlike any other computer. By rethinking the architecture of its internal components, we had the chance to rethink the entire enclosure. And since everything centres around a unified thermal core, we were free to design a much leaner, lighter, quieter and far more streamlined structure. Its unique design and beautiful finishes are executed to an extraordinary degree of precision. And at just 25.1 centimetres tall with a diameter of just 16.7 centimetres, it’s a pro desktop computer that can actually sit on your desk.

With the no deposit Buy Now Pay Later option, pay nothing for six months when you spend £250 or more, then either settle the cash price in full by paying a £29.00 settlement fee, or choose to spread the cost over 36 months at 19.9% APR Representative. Call us to place your order and you can also make a partial payment, the interest charged will be based on the remaining balance. Please see the repayment example below to see how much purchasing this item on finance would cost.

The approval of your application depends on your financial circumstances and borrowing history. Warehouse Express Ltd trading as Wex Photo Video act as credit broker and not the lender. Barclays Partner Finance act as the lender.

Can I repay early? If so how?

No repayments are scheduled in the initial six-month deferral period. However, it is possible to pay off the loan, either by way of a lump sum or in smaller amounts. If the loan is fully repaid within the six-month deferral period, then no interest is payable, but a £29.00 early-settlement will be incurred. Such repayments may be made to Barclays Partner Finance by cheque, debit card or standing order. Unfortunately it is not possible to set up a direct debit within the deferral period. Further information on how to make such repayments will be set out in the loan agreement pack provided by Barclays Partner Finance.

What happens if I don't repay within the first six months (deferral period)?

Following the six month deferral period, Barclays Partner Finance will initiate a monthly direct debit payment for the remaining duration of the loan. Interest will be charged at a rate of 19.9% APR on outstanding balances (backdated to the first date of the loan). Late payment penalties and early repayment charges will apply from this point. Barclays Partner Finance will send a reminder letter approximately one month before the six month deferral period is due to elapse. Note: If you chose to spread the cost and pay monthly, interest is charged from the start of the loan, not from the start of the repayment period.

Barclays Partner Finance will send a loan agreement pack approximately four weeks after delivery of the goods, confirming that the account has been activated and, from this point, it is possible to make repayments against the loan. You will also receive reminder letters and text at the end of the deferral period to remind you when your first payment is due.

To apply for finance, follow these three easy steps

2. When selecting your Payment Option, choose ‘Apply for Finance’, and select your offer and terms.

3. Complete the Barclays Online Application form.† Make sure you have your bank details at hand.

† Once your application has been accepted, usually within minutes, we will immediately dispatch your equipment. 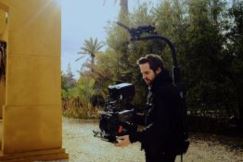 Read More about the 10 Tips for Becoming a Better Director 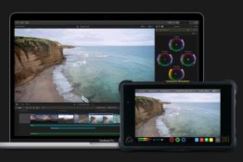 Read More about the Apple ProRes RAW | A Revolution in Post-Production? 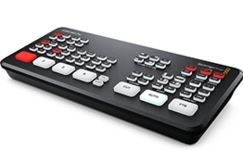