A Gorilla in Venice

Venice; city of canals, bridges, posturing Italians and, in January, occasional eerie mists rolling in off the lagoon. In short, a photographer's dream. 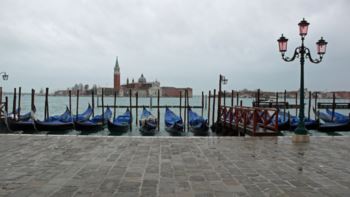 But this was a romantic break with my partner Emily and nothing spoils the moment more than stopping to admire a beautiful sunset, sharing an embrace, and then enquiring which filter she thinks would be most appropriate to maintain the foreground detail but prevent the highlights burning out (I know - I’ve been there). So the SLR kit and associated paraphernalia was ruled out in favour of the discreet and portable Leica D-Lux 3, but I still wanted some means of support for the camera, even if it was just for the occasional self-timed snap of the two of us. I looked at all kinds of options including bean-bags and a wealth of mini tripods, and then a colleague offered a suggestion.

“That’s right.” I replied, “A neat little jobby to support the camera, but what?”

Of course. Why hadn’t I thought of that? 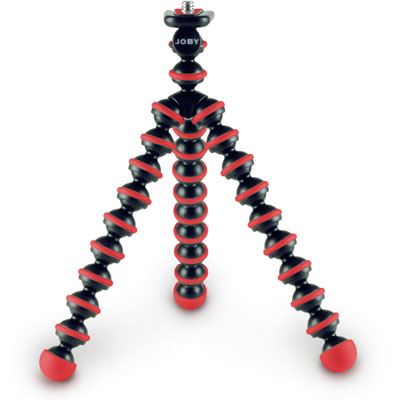 Working for Wex Photographic I was of course familiar with the nifty little Joby Gorillapod, but had never really considered one as a serious means of support. Still, I’m up for trying most things once and, on paper at least, the Gorillapod Compact seemed to fit the bill. A quick trip down to our showroom and I was the proud owner of a mini tripod that claims to “firmly secure your compact digital camera to just about anything…anywhere and everywhere.” I chose the red version because it reminded me of some kind of exotic arachnid and because it matched the red logo of my Leica. Who says men can’t accessorise?

One of the benefits of the Gorillapod became immediately apparent when packing. Due to its compact size and unique design I could stick it in my jacket pocket without even noticing it. Ideal when travelling on a budget airline with restrictive luggage allowances. One of the downsides revealed itself when I took it out of my pocket and put it on the side in the hotel room.

“What are you gonna call it?"

“That thing.” Emily pointed at the Gorillapod. “What are you going to call it?”

“Erm, it’s a piece of photographic equipment, not a pet. I hadn’t considered giving it a name.”

“I wasn’t planning on becoming that emotionally attached to it.”

It may well be a compact and multifunctional means of camera support, but don’t expect anyone to take it seriously.

In the avenues and alleyways

The Gorillapod has a push button quick-release system and comes with a slim-line quick release plate which screws into the base of the camera. What this meant in practice was that the camera could still fit in its case with the plate attached whilst the Gorillapod remained in my pocket. When I wanted to reunite the two, the plate easily slipped back into the quick-release platform and could be just as easily disengaged by pressing the push-button release.

Out and about in Venice the Gorillapod was ideal. In the maze of alleyways that cover the majority of the city - well, the dry parts anyway - anything heavy or bulky would have been a nightmare. As it was I could whip out the Gorillapod and place it on just about any surface from an upturned table in Piazza San Marco to the balustrade on Ponti de Rialto. 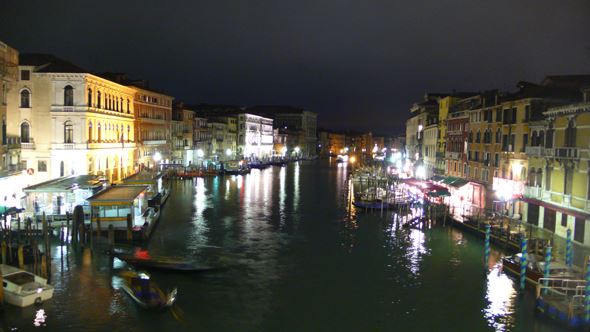 Getting the thing set up level requires a bit of practice, but stretching the legs out and gently “squashing” the pod onto a flat surface gets a good base and you can then manoeuvre the head and camera into position. Of course it could be argued that any mini tripod or even a bean bag would offer the same convenience, and on a flat surface you’d probably be right, but what sets the Gorillapod apart from its competitors is its ability to grip. Nowhere was this demonstrated better than on a boat trip along the Grand Canal. Using the Gorillapod’s unique combination of flexibility and grip I was able to wrap the legs around the hand rail at the front of the boat, thus gaining a sturdy and stable base to shoot from. 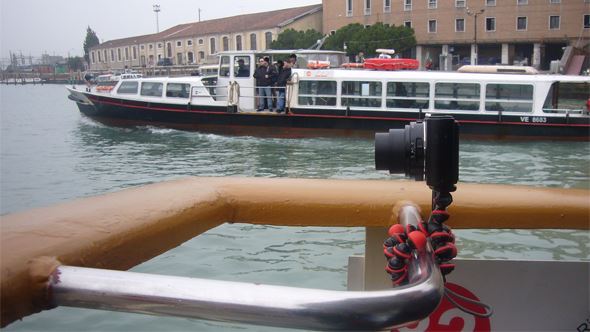 Even if there's not a handy bar, pole or gondola post to wrap the Gorillapod around, the rubberised bands and feet of the pod make it possible to obtain a firm grasp on many different obstacles. During our Venetian voyages the Gorillapod was attached to wooden railings overlooking the lagoon, a shelf in a restaurant, the extending handle of my suitcase, a pint glass in a bar, and even a light fitting with the camera suspended underneath. 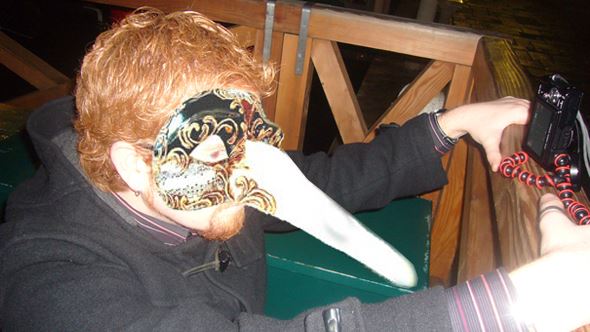 Although the Gorillapod was able to hold the camera perfectly still once properly set up, I did find that it was difficult to press the shutter button without jogging the camera. A minor nuisance, it was easily avoided by using the self-timer on the camera to fire the shutter. 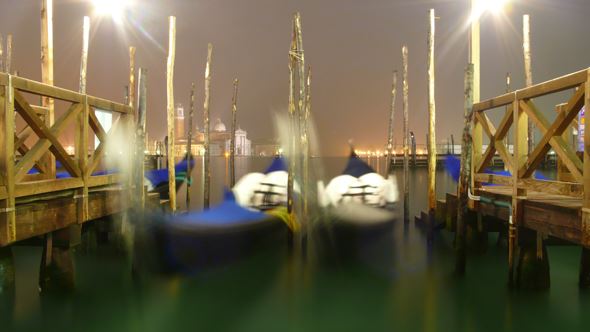 Even if you’re not a photo-enthusiast and don’t want to be playing about with long exposures or arty-farty compositions, the Gorillapod is an ideal companion for the self-portrait shot. If you want a picture of the pair of you but don’t trust that dubious looking waiter with your camera, the Gorillapod offers a safer pair of hands (or trio of feet). Stick the camera on the pod, put the pod on the table, or clamp it to the edge of the table, or atop a pint glass, use the camera’s self timer and bingo, job’s a good’un. 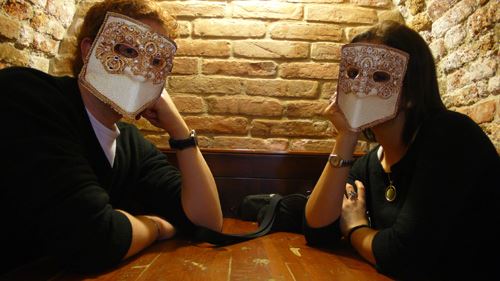 I can honestly say, hand on heart, that I wouldn’t have been without the Gorillapod on this trip. Put simply, it did everything I wanted it to and more. No, its not tall enough to stand on the ground and shoot over peoples’ heads, no you won’t be taken seriously as a professional photographer if you turn up to a job with one, and no, we weren’t actually wearing the masks originally. But if you want a handy little gizmo to accompany you on your trip without getting in the way, then the Gorillapod is for you. I’ve made a new friend and he shall be accompanying me on many a future jaunt.

Oh, and his name’s Leonard.