Reflectors are perhaps the most common lighting accessory, but there are many other lighting modifiers that can be used to achieve a range of effects. Here, we look at the others and explain how they can transform your images.

Umbrellas, which work in conjunction with off-camera flashguns and standard studio lighting, come in two main varieties, each with a different purpose.

The first kind is designed with a translucent material, which softens light that is shone directly through it. Some photographers refer to these are ‘shoot-through’ umbrellas.

The second type has a reflective material on its inside, and these are designed to reflect light shone at it. By doing so, they can spread harsh light from a relatively concentrated source over a larger area.

Umbrellas remain a popular choice for photographers thanks to their light weight and affordability – and of course, for their effects. They attach quite simply to a stand by slotting through a hole inside an adapter, and can be moved and fixed in place as required.

Grids allow the photographer to control the spill of light from a lighting source and make it more directional. Their structure varies from a standard grid to a more hexagonal, honeycomb-like design, but their principle is the same.

Grids are are commonly used with softboxes and snoots, although you can also buy attachments to work with flashguns. Those designed for snoots and flashguns will typically be rigid while those designed for softboxes will be a lightweight fabric than adheres to the softbox, usually with Velcro. 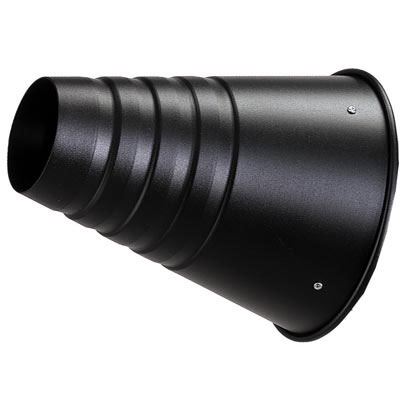 The purpose of a snoot is to channel light that would normally spread over a wider area into a narrower one. This allows the photographer to light only certain parts of the scene.

Snoots fit onto studio lamps and standard flashguns, and can have a number of other accessories used in conjunction with them to modify the light they output.

A softbox takes a relatively direct source of light and diffuses it through a material of some kind to create a softer result. They are usually rectangular in shape, although square and octagonal ones are also available.

Softboxes are typically used with studio lights, and are widely used by studio photographers to create a pleasingly even lighting in portraits and products shots.

They can have their front panel changed or adjusted so that they diffuse light differently, and can have these taken off to work with further accessories (such as grids, explained below).

The size of your softbox will also have a direct effect on the light emitted. Smaller softboxes, for example, are ideal when you need to light a face for a portrait. A larger soft box will produce a less powerful result as the light itself is being being spread over a wider area.

You can also find smaller versions that are designed for hotshot mounted flashguns. These slip onto a flash head before being secured in place by Velcro or another means.

As suggested by its title, a beauty dish is a modifier that is commonly used to create a more flattering light for portraiture.

It works on the same principle as a reflective umbrella in that light is bounced from its inner surface to the subject, although these are typically made of metal and smaller than most umbrellas.

Beauty dishes can be used to create a nice even light, but one that’s harder and more directional than that output by a softbox. They’re typically available in silver and white finishes and they are are prized for the catchlights they create in a person’s eyes. You can also use them with other modifiers, such as grids and diffusers.

If you’re shooting a portrait and want to create a pattern of some kind on the background – a shadow of a window frame, for example, or a Venetian blind – you can do this with a gobo. These stencil-like accessories fit in front of a light source and come in a range of styles.

Gels allow you to create different colour and lighting effects, whether you’re using a simple flashgun or a studio light. These are usually available in sets that comprise many different colours and effects such as diffusion. You may even get one or two that are designed specifically to complement skin tones.

They couldn’t be easier to use too; all you need to do is to fix them in front of your lighting source. With flashguns you may be able to fit them to a holder, while gels designed for larger light may need to be attached to a set of barn doors using clips.

While they can be used creatively, they are invaluable for colour balancing different lights. If you’re trying to light a scene with lights based on different sources, gels can help you to match the output of one lamp to that of another. 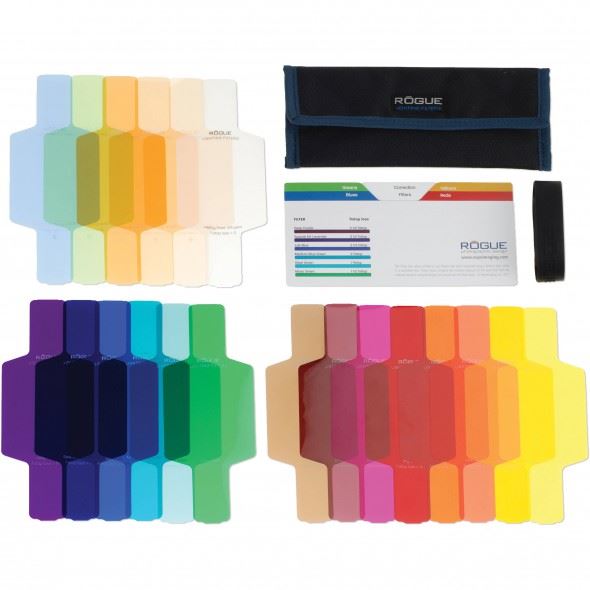 Barn doors fit onto flash heads and allow you to control the spill of light. By doing so, you can make sure that more light is directed towards your subject and less is lost around it. These are also built into certain LED panels, and sometimes available separately for these. 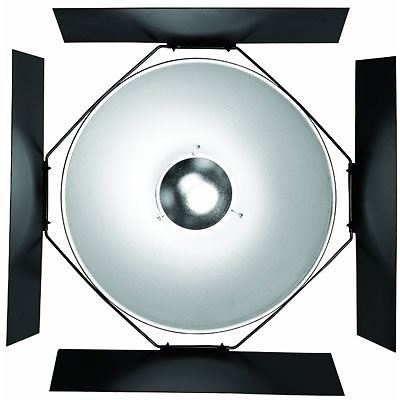 How to Light Portraits Without Pro Lighting Kits