LED panels are the new kids on the block as they've only been on the market a relatively short time. Over the past few years I've tested panels that frankly just didn't work well enough for the job, and believe me it’s taken a lot of time and money from manufacturers to get decent models to market. As the technology has improved, so the models have improved and the LED market is now in much better shape. Wex have been very careful to select and stock only the best and most respected brands on the market.

I tested the Rotolight twin head kit not so long ago and was quite impressed with it, despite the cost. I raise the cost issue straight away as I think that LED’s still seem expensive compared to the other lighting options. But let’s put that to one side and look at how they work and what you get first. 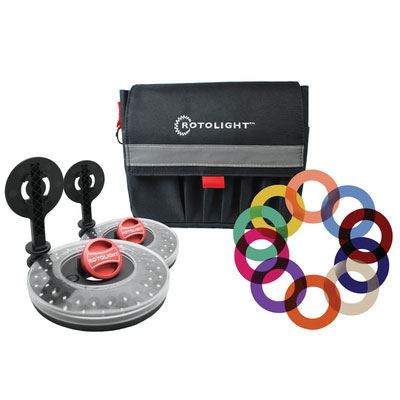 LED’s are basically all the same; panels are constructed in various shapes and sizes and then filled with banks of LED ( Light Emitting Diodes). Grouped together, the low powered diodes provide a very bright, intense and directional light source that can be used to photograph a range of still and video applications. Those applications can be shot with very different types of panels, as they are now available in both artificial light and daylight. In fact there are now LED’s for every type of user, and Manfrotto have introduced some very smart models with a starting price of well under £50 and Rosco offer a high quality range of models that start from £79.

Most of the smaller LED panels are designed to attach to the hot shoe of a camera and that means they shoot front on to the subject. I've found in the tests that I've shot that the light from these panels is very directional indeed, so the fall off of light is quite apparent when you switch them on. Obviously the larger the panel, the larger the area they cover and so size is an important factor when choosing the right one. 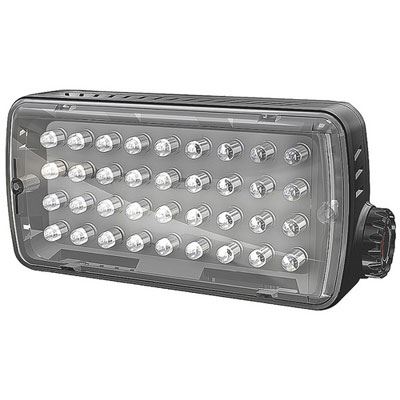 That directional light can be a double edged sword. On the one hand, having a light source with virtually no spill is a good thing. What you see is what you get and that makes LED’s very easy to work with, whether you shoots stills or video. On the other hand however, the light produced from an LED panel is rather limited. Despite its very even and intense output the area covered can be relatively small.

On my tests, carried out on a number of panels, I found that LED’s have a kind of ‘sweet spot’, meaning that if you move the light too far away from the subject, the light output falls away very quickly. In terms of aperture that ‘sweet spot’, covering the subject could be as high as f11, but moving back even a metre to get more coverage could cost up to two or even three f-stops. Again, because of this characteristic, choosing the right panel is so important.

Larger panels are designed to attach to studio stands like the Bowens Limelight Mosaic. These larger panels (the Mosaic is 30 x 37.5 cm) offer a much wider specification that include a 5600K daylight output with a dimmer option, ideal for the professional photographer, but they do come at a price, the Mosiac is just over £700. 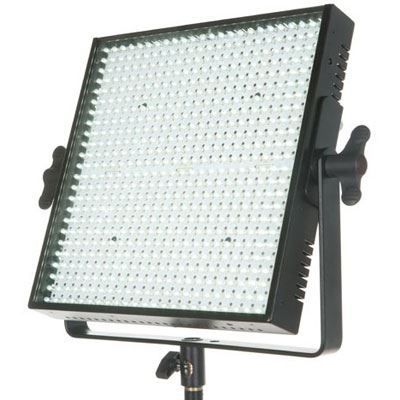 I've never shot video, even on my Nikon camera, but LED’s would be the perfect light source if I did. The output is bright and even enough but coverage is still a slight issue. The directional nature of the output means that you would need at least a pair of larger panels to cover a fairly modest area and that brings in the question of cost.

If we compare LED’s to our other lighting options, they are probably the most expensive in terms of the coverage they offer. That said, the output is superb, it’s bright, crisp and even - making it very user friendly.  Like any continuous type of lighting, LED’s are particularly suited to shoot small items for the web perhaps, head and shoulders portraits and ID badges. Because they create no heat, they could be safely used in schools and hospitals. One particular application is photographing babies, I mention babies because photographers are always asking me how to light them without causing too much distress. LED’s work well because of that nice clean output that hopefully won’t even make a baby cry!

Compared to the modest flashgun, LED’s don’t seem to offer as much for the photographer for the money. The smaller versions are compact and sit on the cameras hot shoe in the same way. But it’s still the overall output that can’t really match a flashgun. And of course, you can’t attach any of those useful accessories that make the humble flashgun so versatile. That’s for stills of course, for video work is where I can see a real benefit for the average photographer. 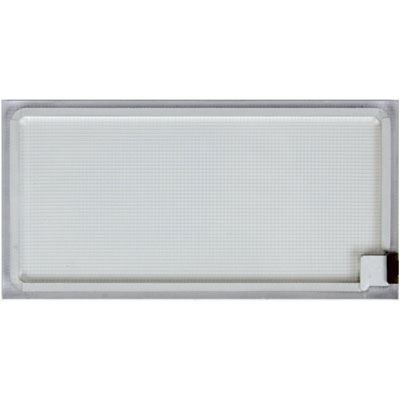 The benefits of LED’s are that they offer the photographer who shoots stills and video (and an increasing number of you do) a very useful dual light source. They are very easy to use and the smaller versions are as compact as flashguns. They generate no heat and so could be used in a number of more specialized applications and for the web photographer shooting smaller products LED’s are the perfect choice.

The downside of LED’s as I see it is still the price versus the coverage. For the same cost, flashguns and other continuous lighting options offer more coverage for the same, or less money but it’s not easy to make comparisons.  The output from LED’s is absolutely faultless and flawless that bright intense light is so easy to work with I can see that some photographers would much prefer to use it. As time and technology moves on, I can see the price of LED’s becoming much more competitive and so the gap between them and the other lighting options will definitely diminish.

The next part in our Guide to Lighting Options series is the largest by far: Continuous Lighting...